Every new decade sees a new system released in the video game industry, and with it arrive new characters across multiple genres. The PlayStation 4 has dominated the console market since its release, with even simultaneous video game releases also considered to have the PS4 as its main console.

For that reason, we’ll be considering characters that appear in multi-platform games to be PS4 characters since they are still available on this platform. In this list, we’ve mainly considered characterization rather than gameplay mechanics, and the following 10 protagonists were the best we’ve seen this decade. If you want to play a game that shines because of its lead character, then check out the ones below.

The great thing about this generation of video gaming has been the development of games that focus on the quality of the characters than how well they fight, which paved the way for Life is Strange. Here, we took control of Max, a confused young girl thrust in a fantastical setting.

Max was a character straight out of a novel, with her teenage angst brought to life by the game’s execution. The game set up a wonderful journey as players follow her coming-of-age story, and through this came definite affection for Max as a person.

Leave it to Quantic Dream to make us care for beings that aren’t even human. Detroit: Become Human is a poignant tale chiefly because of its protagonists. Every android had a distinct personality and they all absolutely shine.

It is impossible for anyone playing this game not to relate to these androids, as gamers follow their struggles as less-important-than-humans, whose tragedies are treated as secondary and unnecessary. Most players can relate to these feelings point, so the androids came across as poignant projections of human insecurities.

Along the same lines as the androids mentioned above, Sam is also a character dealing with feelings of abandonment and betrayal. He does players one better by not only dealing with his tragic past, but also growing as a person and attempting to move on from it.

Of course, the most distinct quality of Sam’s is his bond with his bridge baby, and players witness him taking on a role of responsibility and fostering this relationship in the best way he can. It also helps that an A-lister like Norman Reedus did a commendable job at making this video game character come to life.

Everybody loves a tale of redemption, and Vergil took a long route to his by separating himself into two personalities. The second, and the benevolent one of these, is the man called V. Unlike the true Vergil, V was a person who, despite being on the fringes of death, saw good in things.

V’s unique style and appearance made for interesting character traits, like his quiet manner of talking which brought to light many moments of wisdom. Among characters like Nero, who generally has no filter, it was a welcome change to have someone playable act mature and collected. 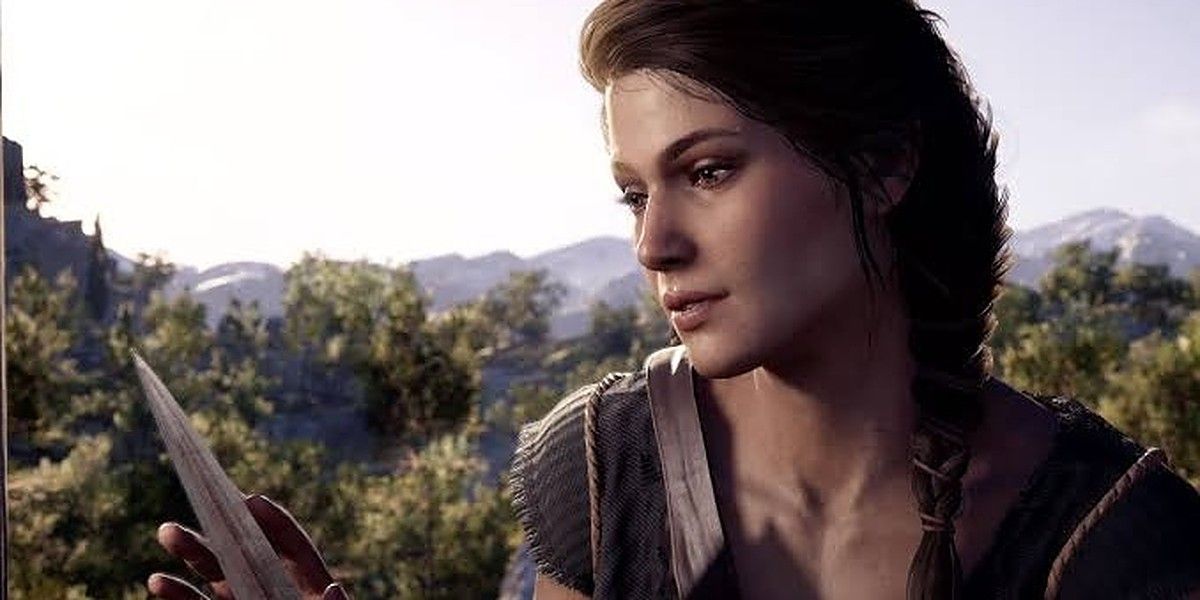 As the true protagonist of Assassin’s Creed Odyssey, Kassandra went through a life that lasted centuries as she took on the role of the Misthios. She was a fierce, yet an altogether kind person, whose only goal was to find her mother.

What is so loved about her is how she focuses on family as a part of her character, a welcome change in the series where favoring assassinations is a popular protagonist trait. Kassandra’s sensitivity and level-headedness brought a different energy to the Assassin’s Creed formula, with the many sacrifices she made in life making a person who is truly a hero.

The shift in style for the Assassin’s Creed series truly started with the Medjay Bayek, who was a person that sought forgiveness over vengeance, despite his main goal, which was to avenge the death of his son. Bayek’s journey of learning to live without grief had players both sympathizing and admiring him.

He could be the most deadly of men when the time called for it, but for the most part, Bayek eschewed violence and opted for a civil approach. While the Assassin’s Creed  series revolves around fighting, Bayek is well loved for being a man first and a killer second.

It’s a bit overplayed to point toward a female character and talk about how strong and independent she is, but despite this, it holds true for Aloy–an incredible person and a fighter.

With the rest of the characters in the Horizon Zero Dawn universe being largely unlikable, Aloy is the only one players are encouraged to genuinely care about, for reasons which include for her devotion to what she feels is right and her perseverance to uncover the truth. She’s the perfect example of a person who would go down fighting and have no place in her mind for the thought of quitting.

Yes, everyone is aware that Spider-Man has been a character popular in mainstream culture for an incredibly long time, but everybody who’s played PS4’s Spider-Man will agree this version is someone entirely new.

Unlike the usual scenario, this Spider-Man is older, wiser, and understands what responsibility is supposed to be. Following a more mature Peter Parker is like stepping into a new Marvel world entirely, and getting to see how he dealt with situations nobly, yet still with immense room to grow as a person, was a treat.

Child characters are almost exclusively seen as unnecessary baggage in video games since usually one has to protect them from harm. In the case of Atreus, however, players were offered an empowered young character who wasn’t afraid to fight.

The great spin on him, though, was the fact that he chose to be a pacifist, for the most part, despite having the powers of a God. Although he became unlikable midway through the game, it was all part of his character development, from which he eventually emerged as likable once more. Now, Atreus is very well positioned to potentially take over as the next main character of the God of War series.

It’s such a missed opportunity on the developers’ part to decide on ending the Uncharted series, since it was only in the final installment that we were introduced to Sam. Possessing the same charisma, attitude, humor, and wits of his younger brother, Sam would’ve been the perfect character to position as the next lead in the series.

Sam was also the best thing out of the spin-off game, Uncharted: The Lost Legacy, where his appearance enlivened the story. Fans would’ve gladly taken several games featuring the adventures of the Drake brothers had that been a choice, but even the couple games with Sam were a pleasure to play.