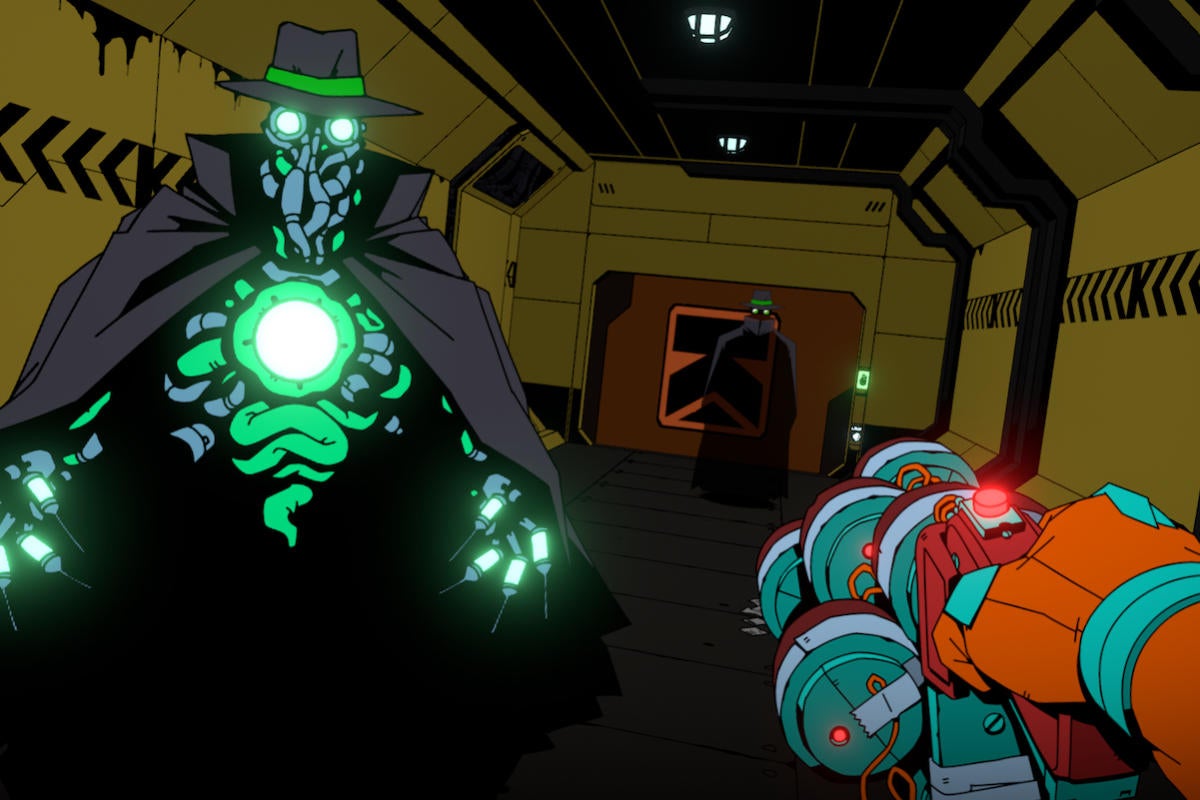 May has been a banger of a month for Mac gaming, especially for those of us who like to play the good stuff at the same time it drops for our friends over on the PC. The merry month gave us one of the best strategy games in years, an enjoyable MMORPG expansion with lots of dragons, a rhythm platformer, as well as a cool comic book-styled FPS from some of the folks behind BioShock. There’s even a thought-provoking new art house game if you’re into that kind of thing.

May was also notable because it finally marked the arrival of the Steam Link app on the iOS App Store. It’s not a game, but it is a way to play your Mac games on Steam with either your iPhone, iPad, or Apple TV (so long as you have a great Wi-Fi connection). If you’re interested, be sure to check out our how-to. For more great Mac games, be sure to check out our list from April. 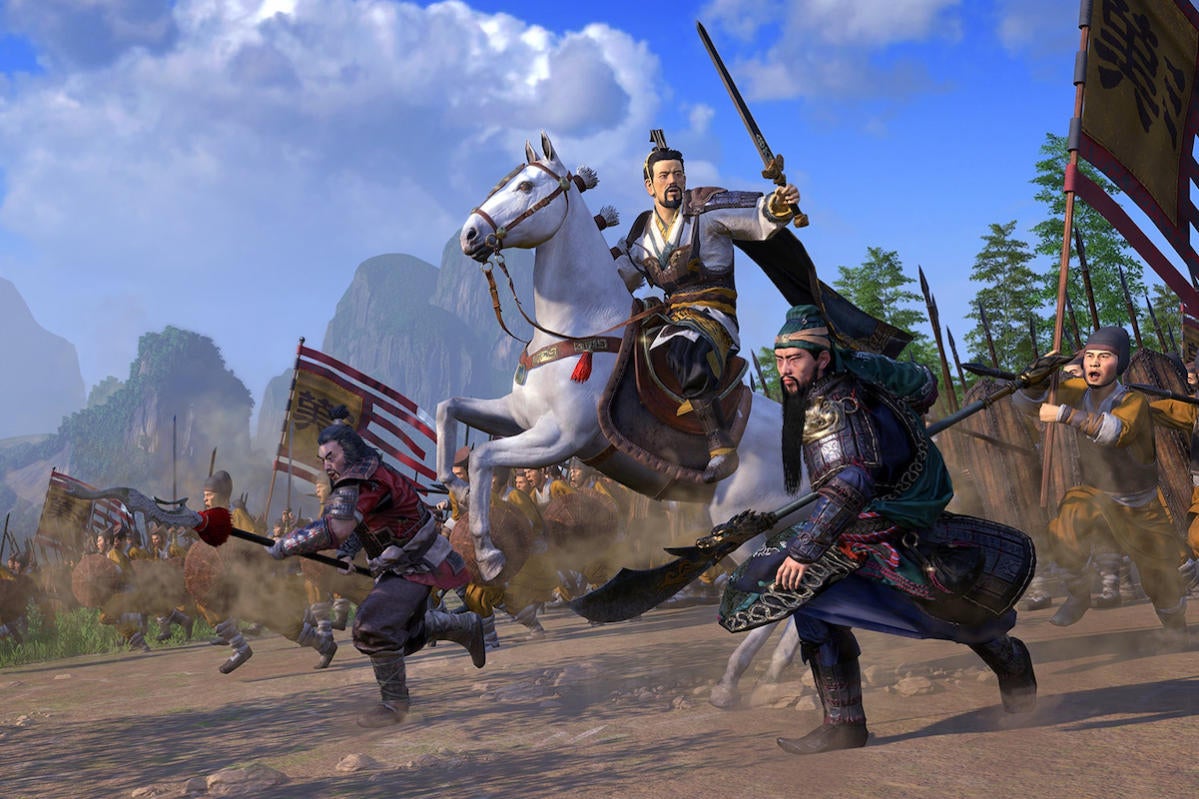 Total War: Three Kingdoms draws from the quasi-historical 14th-century Chinese novel Romance of the Three Kingdoms, which is fitting because it’s a good game for falling in love with the strategy genre—whether it’s for the first time or all over again. You can tackle its campaigns in a down-to-business “Records Mode,” but I suggest going with the “Romance Mode” that features everything from faster battles to duels between rival generals.

Most strategy games tend to get bogged down with stats and faceless globs of units, but Three Kingdoms takes the right cues from developer Creative Assembly’s Warhammer games and emphasizes personality. Everything from maps and skill trees to battlegrounds brings ancient China to life in ways few other games have managed before. It also stands out thanks to a comparatively intuitive interface that communicates most important information through a system of popups. 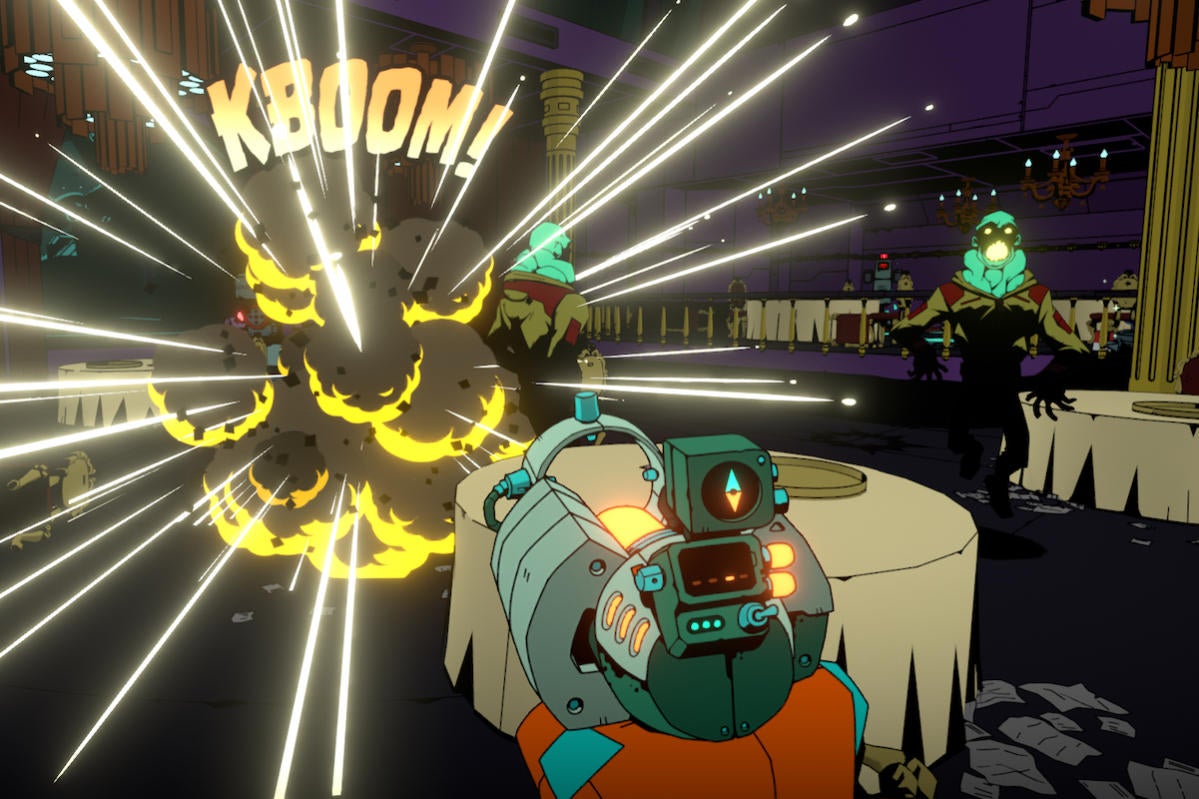 Void Bastards is a game about exploring derelict ships and ransacking them for supplies so you can escape to a safer sector, and it’s made by some of the same minds behind BioShock and System Shock 2. But this delightful spacefaring rogue-lite doesn’t bother with those games’ weighty philosophical themes. Instead, it’s all about staying alive, and it peppers that desperation with some great one-liners. It’s about taking along the right crew and crafting the right items across the roughly 15-hour campaign. Sometimes it’s a first-person shooter, sometimes it’s a galactic explorer, but it’s almost always a blast.

It’s also about as fun to look at as it is to play. Void Bastards uses a comic book aesthetic that plasters the screen with KBOOMs and VROOPs during intense action sequences, and even the interface elements resemble text boxes you might find in the latest rag from Marvel or DC. Be warned, though: As with many games with roguelike elements, some repetition inevitably settles in. 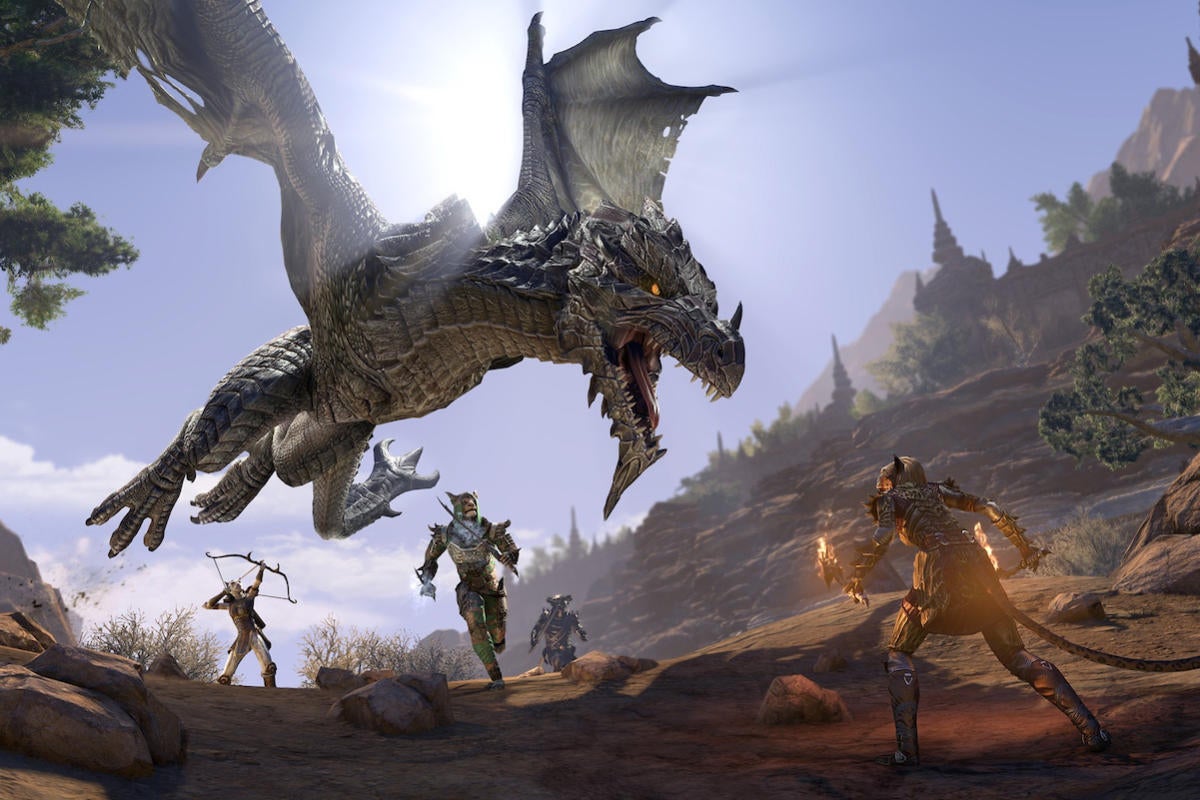 The Elder Scrolls Online’s new Elsweyr chapter is a smart destination if you’re seeking a dragon fix now that Game of Thrones is done. The flying lizards rule the skies here, although they’ll occasionally land and let you and a bunch of friends clobber them until they drop some loot. Beyond dragons, Elsweyr is filled with necromancers commanding legions of undead, nasty family politics, and a race of cat-people struggling against the aforementioned forces. And we all know how much the internet loves its cats.

Further goodies include the new Necromancer class, a new raid that’s welcoming to newcomers, and a swanky new player house that will get bigger when new DLC drops over the coming months. And as is standard for ESO’s chapters—its fancy name for expansions—you can jump right into the dragon content even if you’ve never played ESO before (although you’ll have to pay $60). You can read my early thoughts on the dragons over at PCWorld. 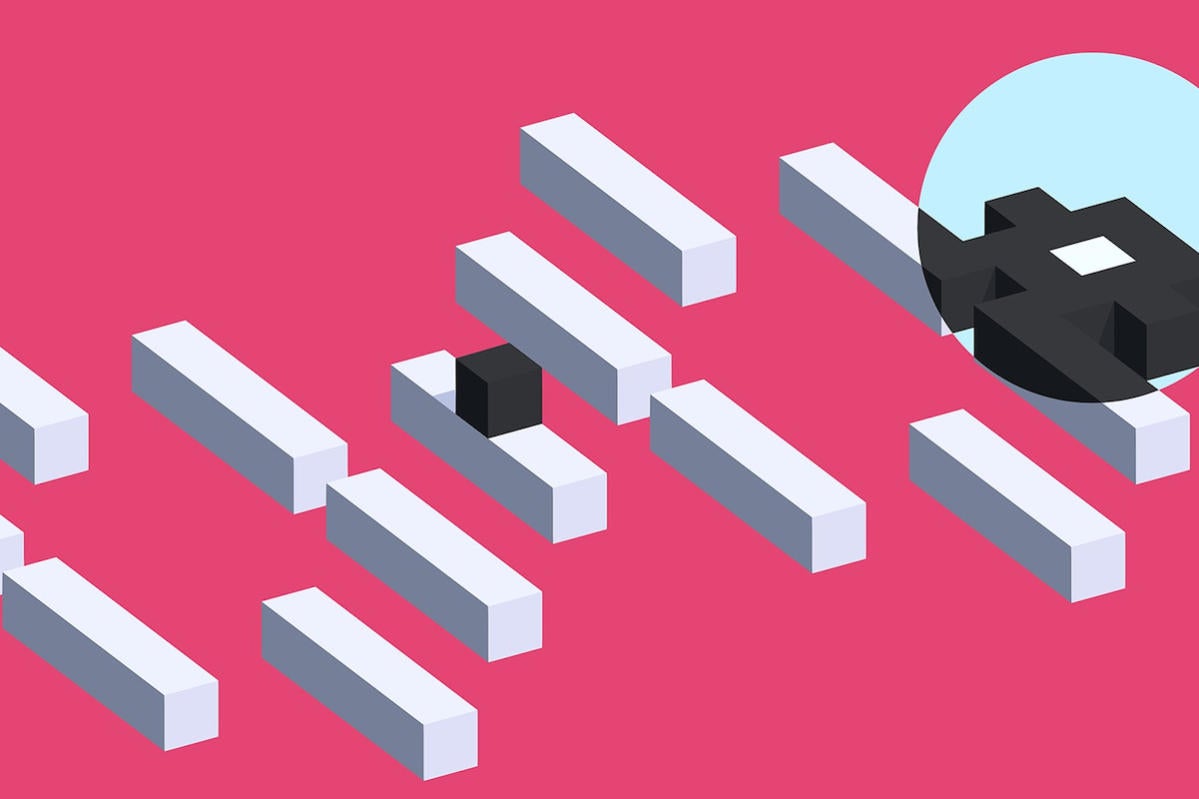 Plenty of games have great music, but few use those tunes so well as the rhythm-based platformer Vectronom. Gameplay involves little else besides the WASD or arrow keys, and it gets maddeningly difficult shortly after the first few levels. So far, so Super Meat Boy.

But there’s a twist familiar to anyone who’s played Crypt of the Necrodancer. Vectronom especially gets rough if you play it with the sound off. It’s all about moving your boxy avatar in sync with the thumpin’ beats of club music as you hop from Point A to Point B. Along the way, holes open and wide passageways quickly shrink to one lane. Spikes erupt from the gridded ground. And yet I always found I did better when I just surrendered myself to the music and tapped my fingers to the beat. If you’re sick of dancing with yourself, you can also jam with up to three other players in the multiplayer mode. 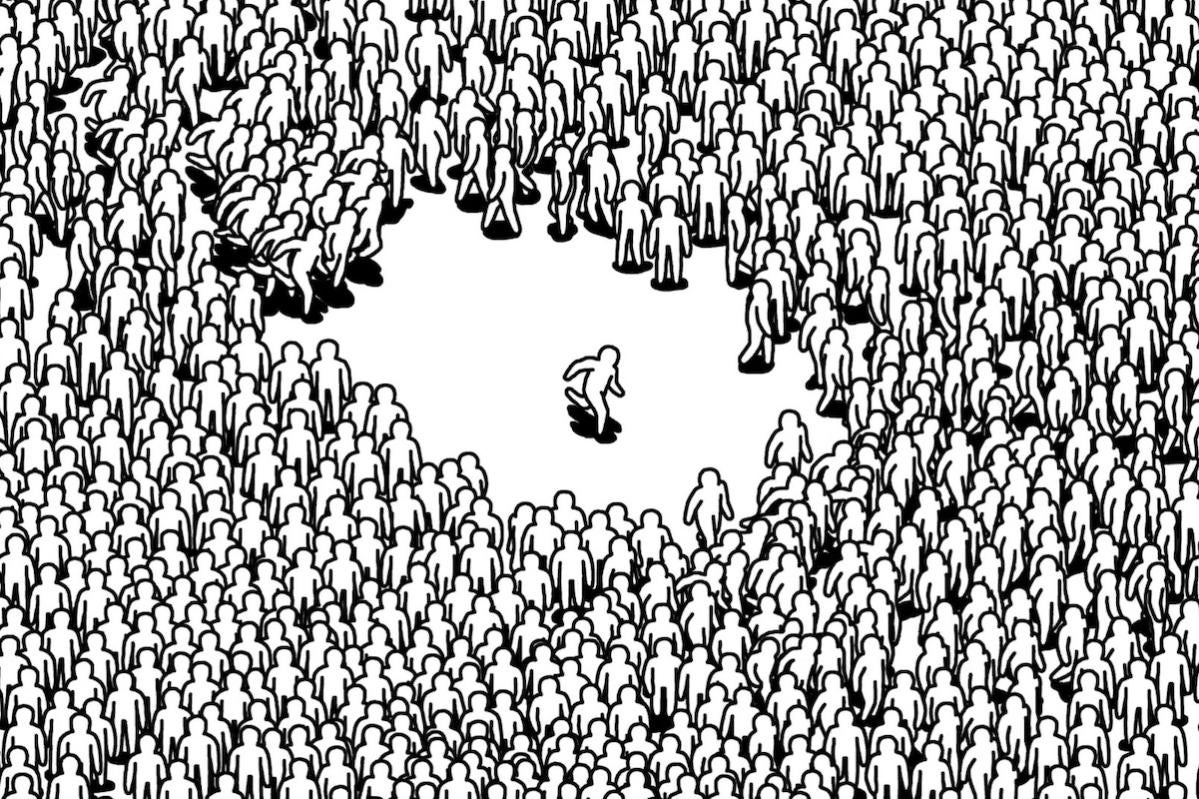 Kids is an experimental “art house” game that only lasts for 30 minutes or so, so I’ll kick this off by saying you only “need to play” it if you’re prepared to tackle that kind of thing. But I find myself thinking about it more than the other games on this list. The appeal lies in how you interpret it, and so I like to think of it as a kind of gamified Rorschach Test.

There is a theme, though: Kids is an open-ended commentary on crowds and how they behave. In one scene, you hover your mouse over faceless figures huddled around a hole and watch as they leap in. In another, you get them all to choose a specific person. In still another, you guide a body along what…looks like a digestive track? Trust me, it’s all very weird.

Kids isn’t a traditional game, and developers Michael Frei and Mario von Rickenbach are careful to call it a “short interactive animation” instead. It’s even part of a traveling art exhibit. But if you’re the kind of person who likes games that break from the bounds of the familiar, consider it three bucks well spent.