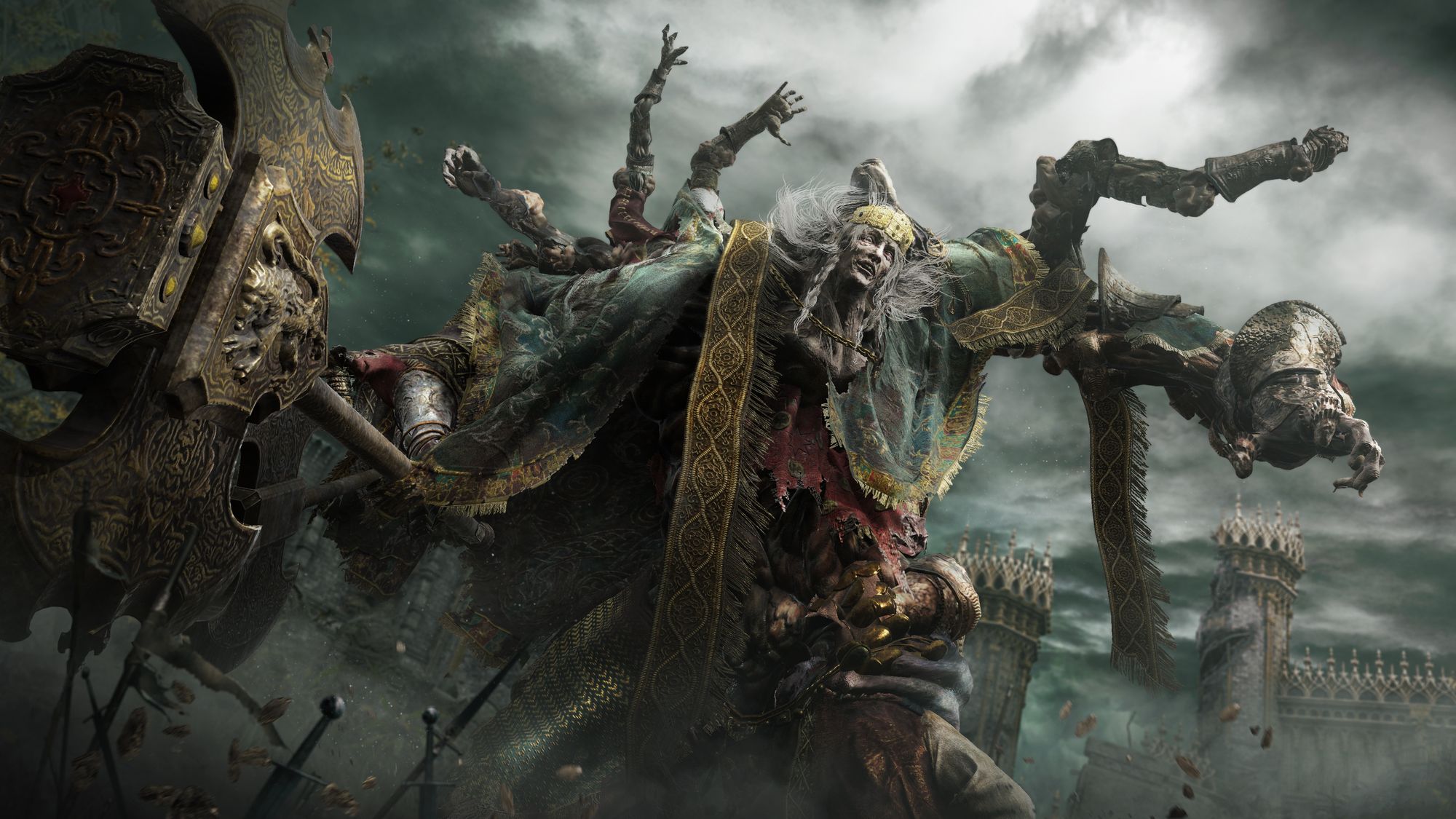 A reader lays out the five things he hopes From Software will improve in Elden Ring 2, including the lock-on and the strange ankle fetish.

In normal life it’s always good to be as encouraging as possible when someone does something good. But lay it on too thick, and let it go to their heads, and it can be worse than not saying anything at all. I worry this happens too often with movie and game makers, who are all too quick to believe their own hype. Naughty Dog, in particular, seem to have disappeared up their own PR department and I’d hate to see that happen to FromSoftware.

I’ve loved all their games and I love Elden Ring, but it’s not flawless. In fact, it has enough flaws that I’d say it was probably only their third or fourth best game. It’s obviously game of the year, but that’s not hard with so little competition, and it’s obviously going to get a sequel because it’s been the biggest thing ever.

I hope that From are analysing what they did and didn’t get right but since what worked is so obvious I want to concentrate on what didn’t, not to be clever and snide on the internet but to encourage them to address these issues and not fall for their own hype.

Elden Ring has the most amazing collection of weapons I’ve ever seen in a game of this type. Not only are there multiple different categories but many of the individual weapons within them have different special attacks and abilities that make them completely different even to something with similar stats. But Elden Ring has the opposite problem to Zelda: Breath Of The Wild, in that it’s almost impossible to use all of them. In fact, it’s impossible to use any but a handful at all, in any kind of serious way.

The upgrade system for weapons is dependent on smithing stones that are hard to find and the best ones need ultra rare stones that there’s only a finite number of in the game. So you may find an amazing sword or whip late in the game but all it’ll do is tickle enemies unless you immediately upgrade it multiple times. This ends up with you having an armoury of dozens upon dozens of weapons and yet you can only really use five or so at the most.

A sequel needs to address this, and I’d say the most obvious way was by allowing you to remove the stones. That sounds a bit too friendly, and not From’s usual style, so perhaps doing so could destroy the old weapon, or leave it in a state where it has to be repaired from a negative state. There has to be something they can do, because otherwise all these great weapons are going to waste.

One of the mantras of a From game is that it’s firm but fair. Yes, it’s tough but if you die it’s always your fault, not the game’s. Except there’s one time when that’s not true and that’s when using the camera lock-on. Now, 80% of the time it’s fine, but it’s not any more reliable than that and if it goes haywire in a difficult moment, and gets you killed, then gamepads will hit walls.

There’s generally two things that trip it up, the first being the auto lock in a crowd. It somehow always manages to pick the least appropriate enemy and you spend precious seconds changing to the right one. I suspect this is because it’s being very literal and just picking the one closest to the centre of the screen, without making any effort to be sensible about it and not pick someone 20 feet away.

Maybe you could say that was still your fault, but the absolute worst is when the enemy is blatantly there, right in front of you, but obscured by a bit of scenery, and instead of locking on the game decides there’s no one there and instead defaults to the other use of R3 and resets the camera behind you. I can’t say how many times I’ve died from it doing that.

Okay, maybe technically the centre of the screen was on a doorway when I pressed the stick down but the enemy’s right there! The fact that it works so well the rest of the time means you’re never expecting a problem and so when it happens it completely throws you.

This issue has already been covered by a previous Reader’s Feature and I agree with everything they said. Although it is functional the platforming feels extremely glitchy, even though it’s really not. This is primarily because of a lack of animations, so it’s always difficult to tell how safely you’re on a ledge or what is a safe distance to jump. The game also badly needs mantling and ideally some kind of climbing mechanic. My badass level 250 warrior should not be being stopped by a knee high wall.

From are rightly renowned for their boss battles but there is one flaw that is common to many of them and that’s… feet. And ankles. I’m so sick of fighting gigantic, awesome-looking boss enemies only to spend the entire battle just chipping away at their ankles. Enough with the ankle biting already! These battles are often still fun but they’re silly the second you start thinking about them and not nearly as cinematic to look at as they are exciting to play.

From really needs to work out a new way to handle boss characters that are much bigger than you, that doesn’t involve just trying to hack off their toes. Even with their amazing dragons (of which you see a bit too much, because they all behave the same) the best tactic is to run behind their wings and hack at their ankles. It just seems cowardly apart from anything…

I wouldn’t say that Elden Ring was bloated, not in the way that Assassin’s Creed is, but it definitely has an issue with cut and paste bosses and environments. There’s lots of different castles in the game but they all basically look identical. Even dumpy little shacks all look identical, as do caves and dungeons. There’s really only a handful of different looking areas in the game and that’s a real shame as I would much rather have had a smaller but more distinctive looking world.

The other very obvious problem is how often bosses are repeated, even ones that were hyped as being unique, like Godrick and Astel. These are totally unnecessary as all they do is dilute the experience and make it even harder to reconcile what’s going on with the game’s intentionally vague story. The absolute worse is the Lesser Ulcerated Tree Spirit though, if I never have to see or fight one of those again it’ll be too soon!