Shadows have long been an important element for establishing mood and atmosphere in a number of visual mediums. Games, however, are able to integrate shadows in a way that other mediums are unable to. Not only can they be used for telling stories, or creating a specific atmosphere, but they can also be utilized mechanically.

Shadows can be an incredibly powerful tool for stealth games, and they are an important means of conveying a little horror. Though they are rarely the star of the show, shadows are more than capable of stealing the spotlight and making for some of the most memorable moments in the games we love.

While some games use shadows as a place to hide, in Gears of War shadows are extremely dangerous. Once night falls, the only safe place is to be in the light. Tarry too long in the shadows, and you will be devoured alive by swarms of Kryll. While fighting against the Locust you need to be mindful of your light source at all times.

Throughout these combat encounters, you can hear the high-pitched cries of the Kryll swarming around you – almost as if the shadows themselves have come alive. It effectively ratchets up the tension. Ultimately, once the Kryll arrive, they make for some of the most memorable moments in the entire game. 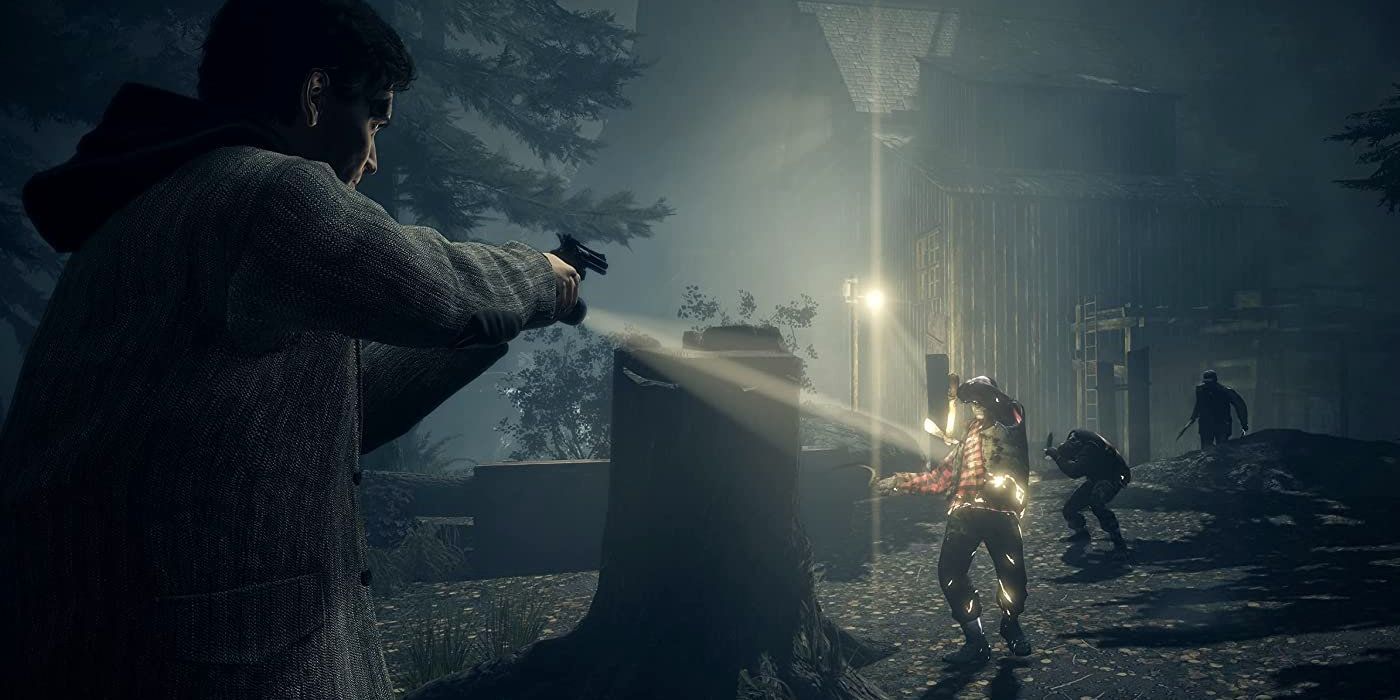 This is a game focused primarily on using light as a weapon. Alan Wake teaches you to be very, very scared of the shadows. In fact, most of your time will be spent looking for protection in the light (wherever you can find it).

The enemies in this game are called The Taken and take the shape of people obscured by shadows. And how do you fight back against a shadow? Well, with a flashlight, of course. Using the light to purge the shadows makes for a pretty engaging combat system. One that has an element of tension, as the light takes a while to strip The Taken of their shadowy shields. Most of us battle a fear of the dark from a young age; Alan Wake does a masterful job of leveraging that fear. 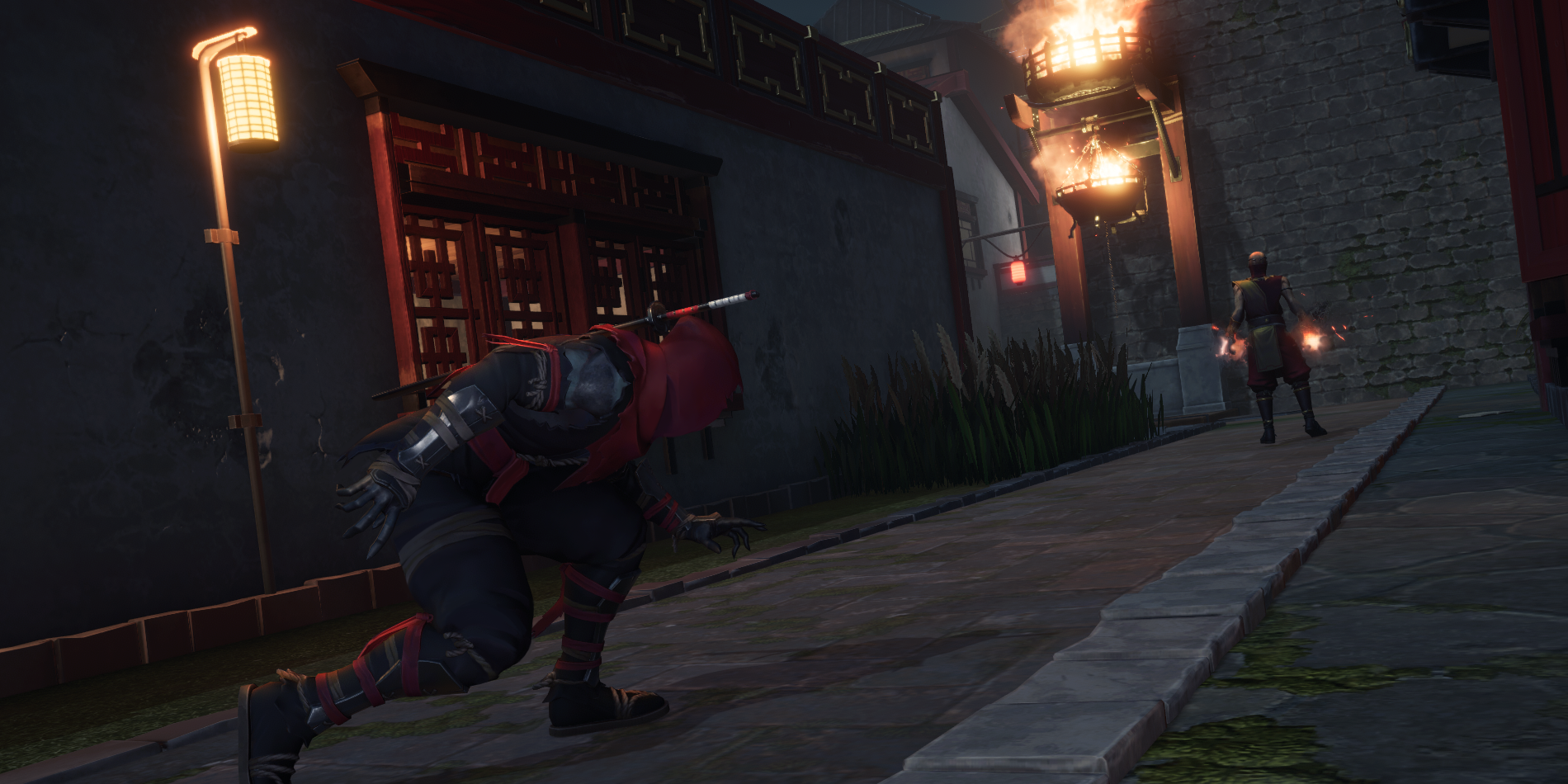 Aragami 2 feels like a fusion between the gameplay of Tenchu and Thief. It has the moment-to-moment stealth gameplay of Tenchu, but with Thief's far greater emphasis on shadows. You are able to move from shadow to shadow extremely fluently (as you have an ability that acts almost like the Blink skill from the Dishonored games). This makes the shadows a unique ally in conquering each stage.

Aragami 2 also has a number of extremely effective shadow abilities that grant you greater flexibility in your encounters. Ultimately, this is a game that is at its absolute best when the gamer stays in the shadows. The levels are well-designed for allowing a number of pathways through your enemies, and give you ample opportunity to use the shadows to do your bidding. 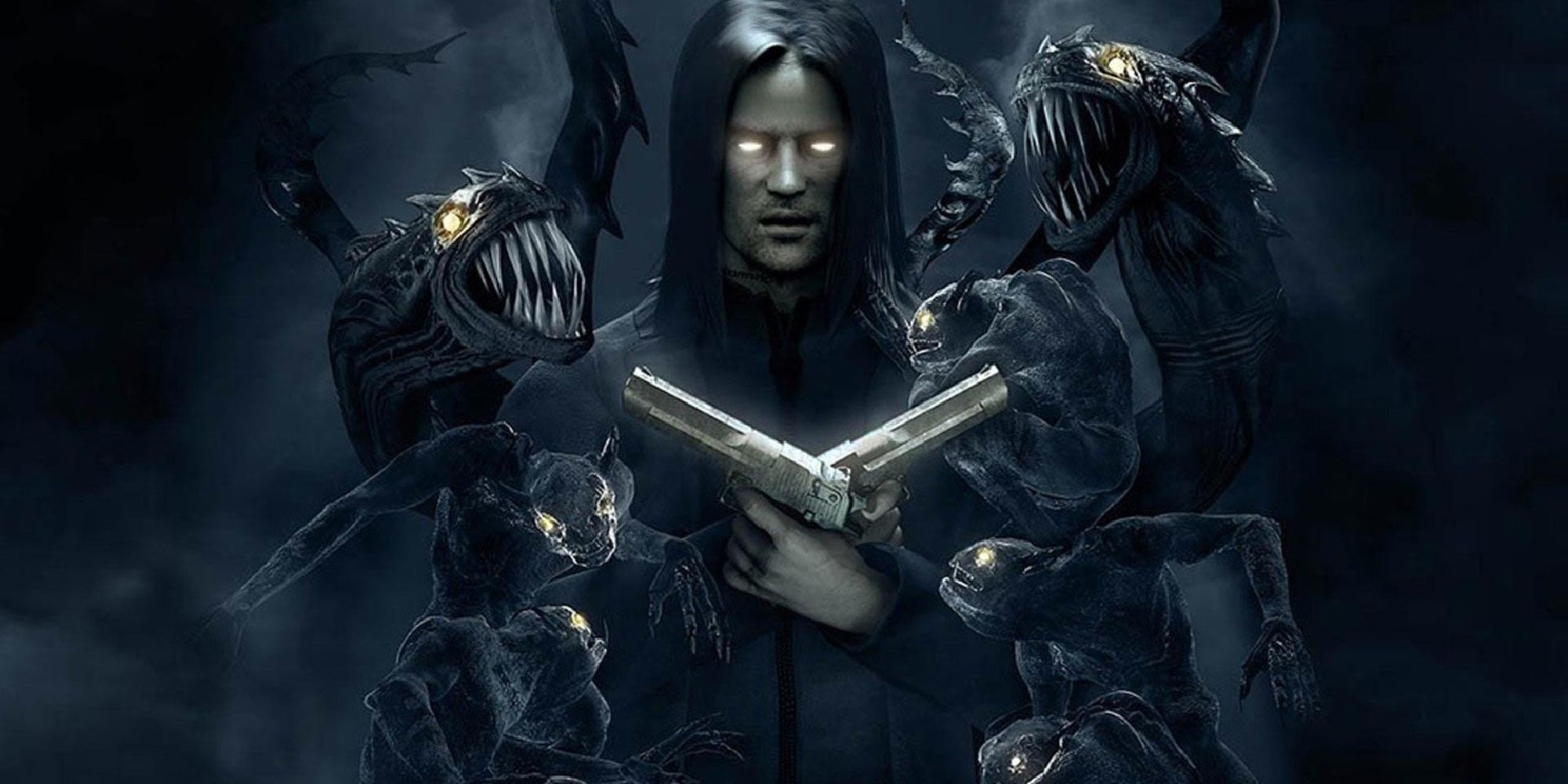 When talking about the best utilization of shadows in games, it seems wrong not to mention the game where you literally utilize shadow monsters. The Darkness is a game where you need to always be in, well, the darkness. So, naturally, you are frequently enveloped in shadows.

You also need to contend with the lights, as they deprive you of your impressive shadow creatures. Shadows are integrated into every element of this title. Through your powers, they are given form and function. The form is horrifying, and the function even more so.

He may not have been born in the shadows, but Batman sure is dependent on them. This is a stealth-based game, so you are going to be spending a lot of your time skulking around in the dark and this is where Batman: Arkham Asylum really shines. It feels amazing to pick off grunts from the shadows. 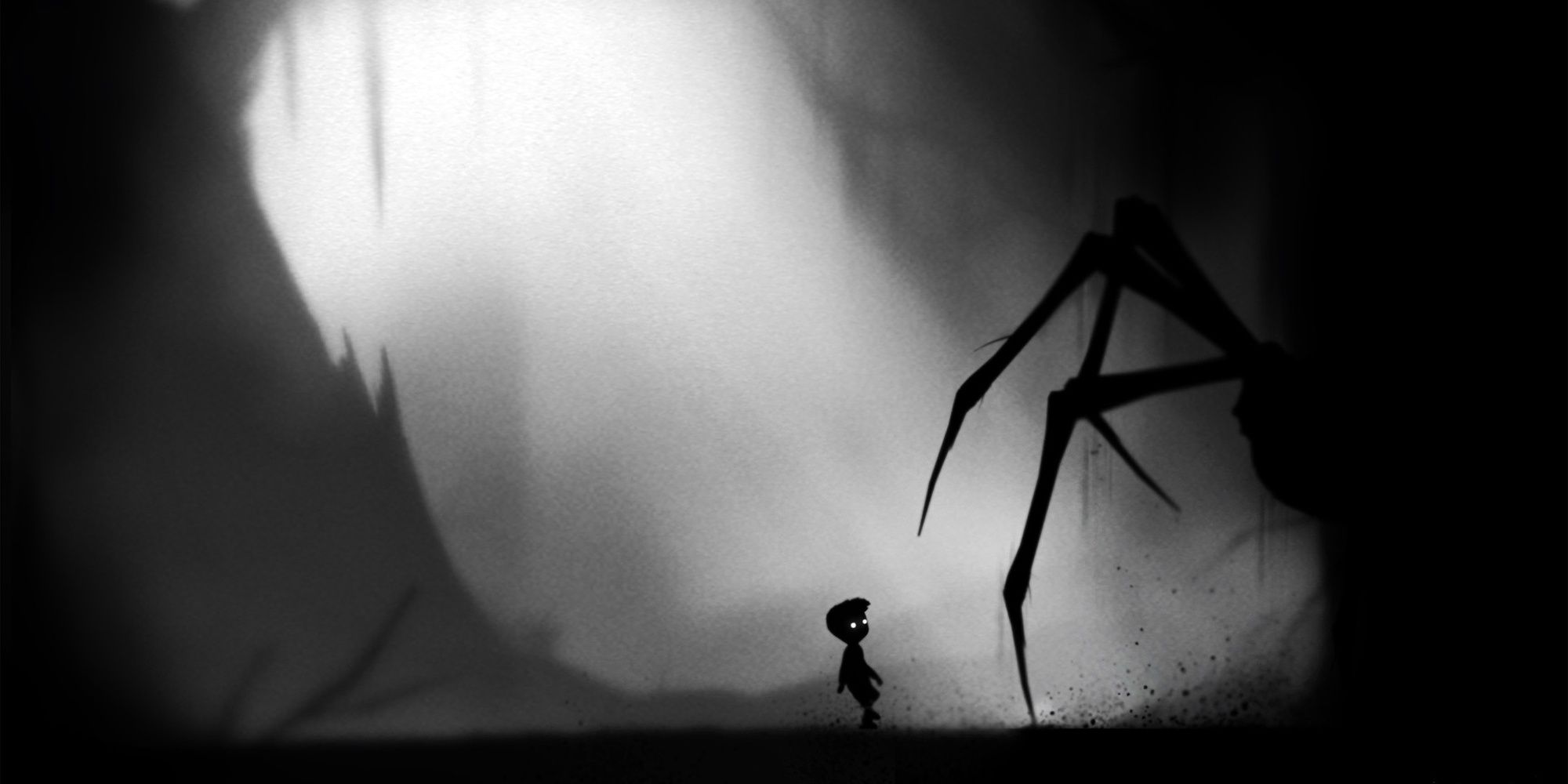 Limbo uses shadows as its most prominent aesthetic. Its use of shadows helps create a situation where nearly all the creatures, and even your protagonist, exist only as silhouettes. This visual effect allows the player to fill in the blanks.

What the shadows already strongly suggest can be gruesome and horrific enough as it is. However, without ever showing a drop of blood, Limbo can still claim to have some of the most horrifying images in a game. This is the power of the obscuring shadow and your mind working in tandem. 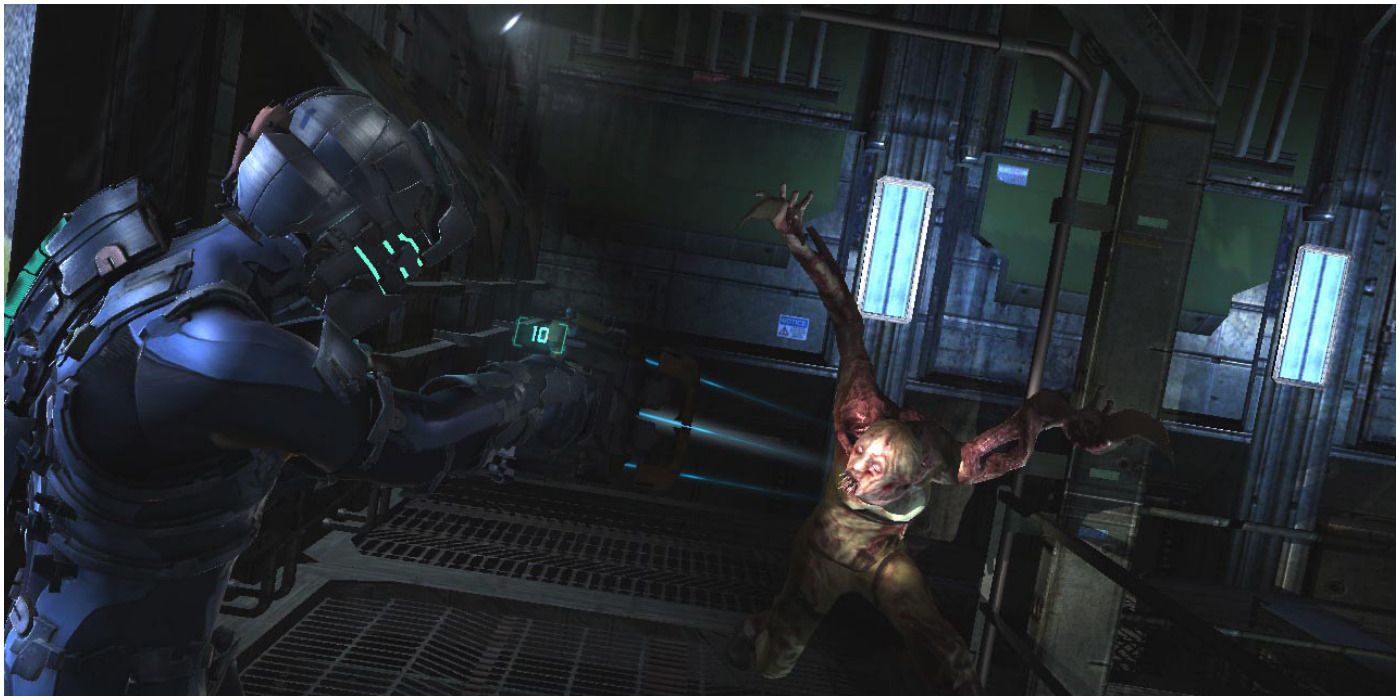 While the first Dead Space may be the tighter experience overall, the second game does one thing undeniably better: it uses shadows masterfully. The first section of gameplay in Dead Space 2 has you running down a hall while being chased by necromorphs. Due to the (very deliberate) lighting in this scene, you will be surrounded by their cascading shadows as you desperately try to escape. It is a heart-pounding opening moment elevated by its usage of shadows.

This is all in service of the atmosphere. There are a number of areas in the game that have rogue lighting elements casting shadows across the walls. The use of shadows plays a big part in making Dead Space 2 an excellent sequel to the original, which is a horror masterpiece in its own right.

When people think of the Silent Hill series, they often think of the obfuscating mist. However, a great deal of the time spent in the sleepy town of Silent Hill is spent indoors. Here it isn’t the mist that obscures your vision, it is the shadows. No section of these games better emphasizes this than the Brookhaven Hospital segment in Silent Hill 2.

Once you enter into the darkened halls of the hospital, typically lit only by your flashlight, you will begin to pine for the return of the mist. From here on out, it feels like the game is bathed in darkness. Objects dangle from the ceilings, casting jittering shadows on nearby walls. When you hear the static on your radio, and you are surrounded by silhouettes, the true horror of Silent Hill 2 starts to settle in.

A contemporary to the ever-popular Metal Gear Solid series, the Splinter Cell games took a different approach to stealth: an approach that focused heavily on playing with light and darkness. The stages were all designed to provide ample opportunity to blend into the shadows. The emphasis is so great that any time you are not bathed in darkness, you feel extremely vulnerable.

Of course, Splinter Cell's iconic night vision goggles also give you a distinct advantage while in the shadows, allowing you to see clearly, even while the entire screen is pitch black. Every nook and cranny of this world was designed around the clever implementation of shadows, and it shows.

Thief is clearly an inspiration for many of the stealth games that would follow it. As is pretty common in the stealth genre, you are going to need to rely on the darkness to shield you. However, Thief emphasizes shadows to a far greater degree. You have a meter that will inform you of how obscured you are at any given moment. If you aren't utilizing the shadows, you aren't playing optimally.

You are also equipped with an extremely useful tool kit to help combat the light. The torch extinguishing water arrows are one of the best examples of this. Shadows were clearly at the top of the designer's minds while crafting the world of Thief, as stages are deliberately designed around providing a number of shadowy spots to hide. If there is one element more important than any other, it is always being aware of where the shadows are.