While the best Tactical RPGs were most certainly released during the late '90s, there were nevertheless a number of pretty exciting releases during the early 2000s as well. As the decade wound down, these fantastic releases became fewer and far between. However, despite it being the last decade where the genre had any real mainstream presence, the 2000s still provided a fabulous run of great games for fans to play.

Whether you are looking for a quirkier take on the genre, or for a game that looked to extend the scope of what one of these games could be, you were covered in the early 2000s. For fans of the genre, there continues to be a treasure trove of excellent games waiting to be given a playthrough. 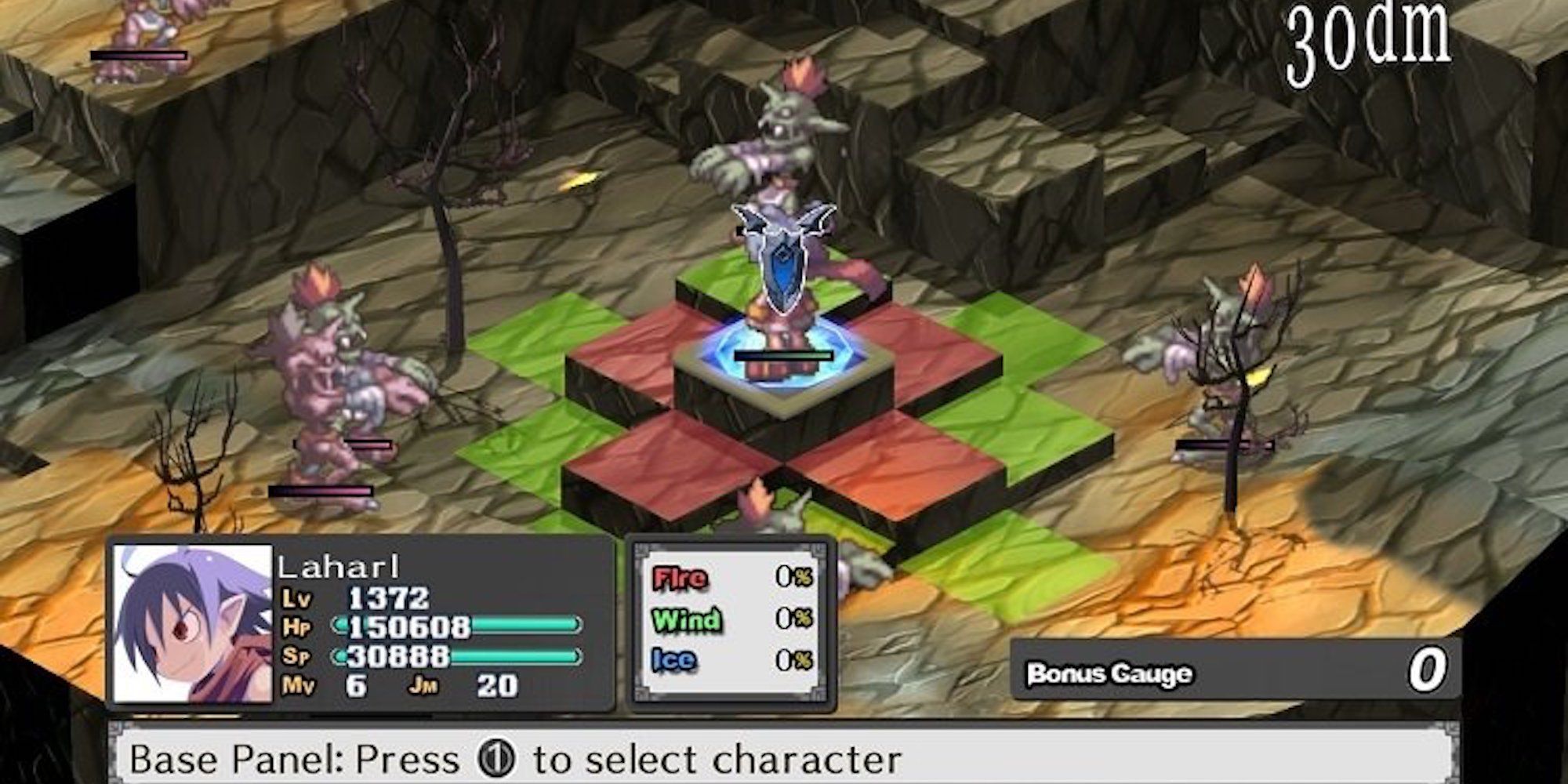 While the Tactical RPG genre is often known for being pretty stark and serious, Disgaea came in and added an element of irreverent humor. Its own gameplay mechanics seem to poke fun at the genre. Sure, with most Tactical RPGs you can fall down the rabbit hole of optimization, but Disgaea extended that to a near-infinite degree by allowing every item to act as its own dungeon (the objective for each dungeon being leveling up said item).

Also, gone are the days of a level 99 max; here the level maximum is an absurd 9,999. Which would ultimately end up being pretty conservative for the series. Disgaea is a trip, and for anyone with a love of the genre and a sense of humor about it, it is worth a playthrough.

9 Final Fantasy Tactics A2: Grimoire Of The Rift – DS 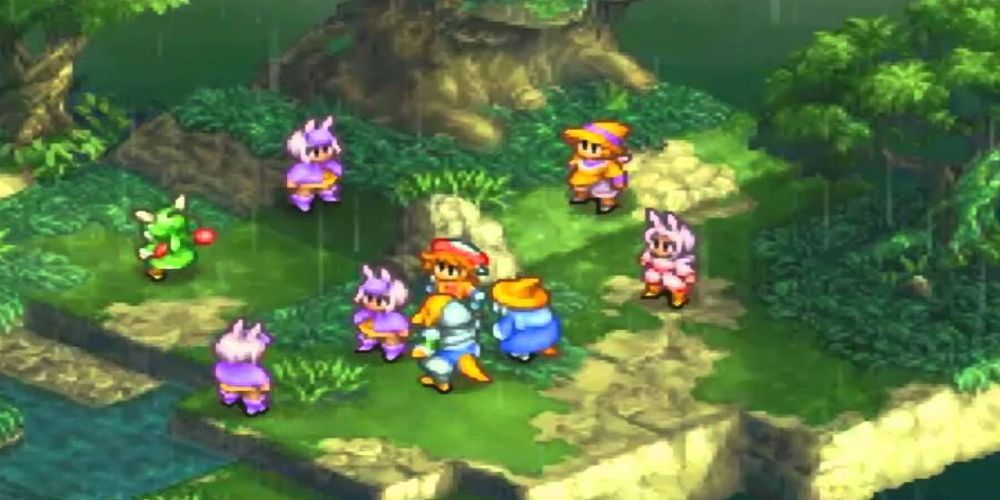 The Tactics Advance games have received a bit of an unfair reputation over the years. Typically, the biggest issue gamers had with them is that they didn't have the same kind of epic, enthralling story that the original game had. Which, to be fair, is not an unreasonable expectation (given the name).

Still, once you stop expecting the Tactics Advance games to be another Matsuno-style classic, you can start appreciating them for what they are: very solid, bite-size Tactical RPGs. A2 in particular plays extraordinary well. There are more jobs here, which means that you have more room for customization. Also, the Advance games have Moogles, which is pretty awesome. Don't expect an incredible story, but do expect to thoroughly enjoy the tight gameplay. 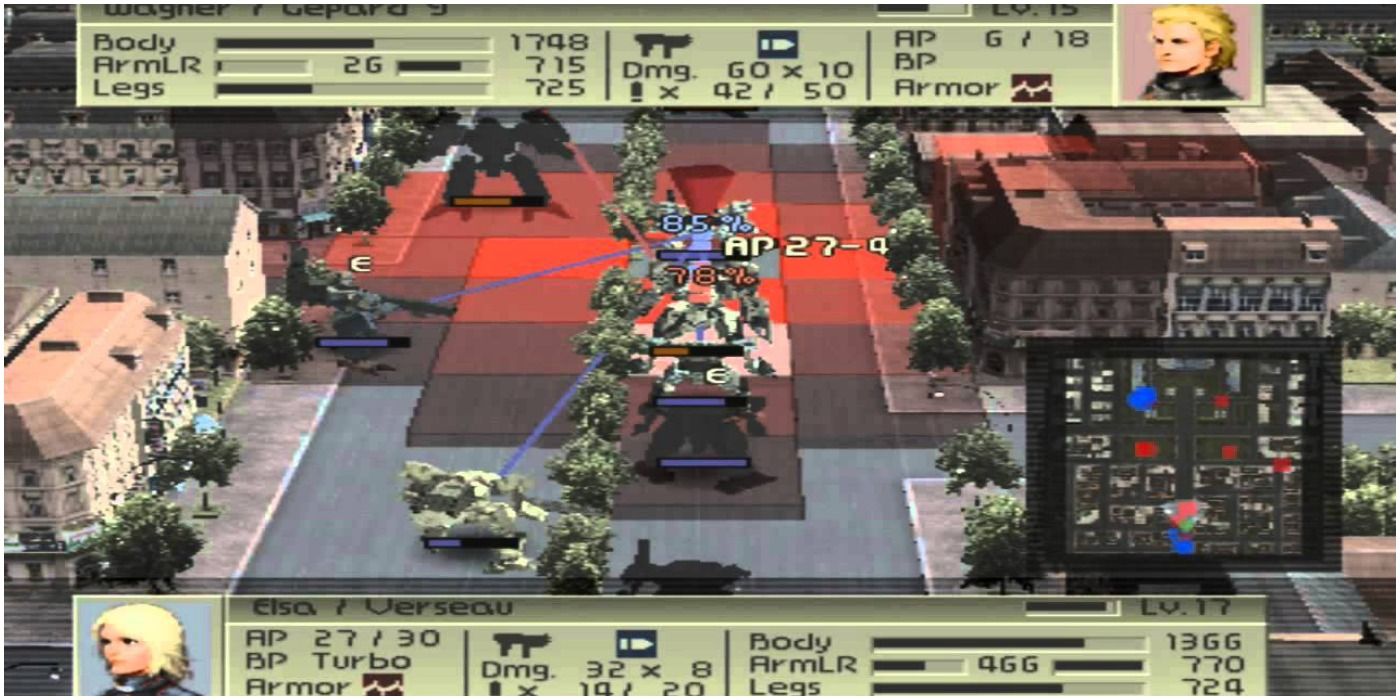 Here is one series that kept kicking into the PS2 era. Front Mission 4 is more of that ol' Front Mission goodness. Does it stack up to the legendary Front Mission 3? Not quite. The story feels like it has taken a bit of a turn for the worse (and the voice acting isn't helping anything). Thankfully, the combat hasn't missed a step.

You are still equipping your Wanzers (mechs) with a loadout of your choosing. The Front Mission series has always provided players with a considerable amount of player expression. While it isn't the best game in the series, Front Mission 4 remains a great game that any Tactical RPG fan would be happy to own. 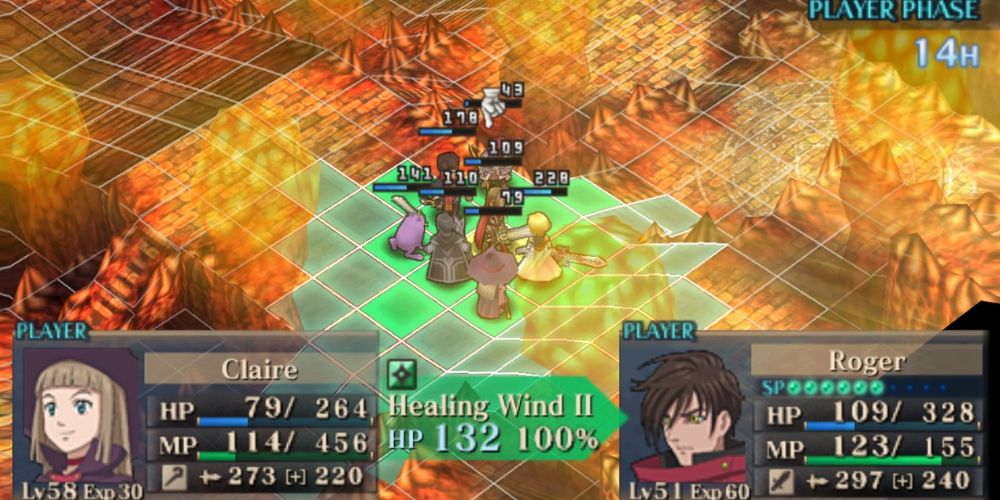 The PSP had a number of excellent Tactical RPGs, some of the best ever made, but most of them were ports. Jeanne D'Arc, on the other hand, is a completely original game, and it looked to squeeze every ounce of power out of the mighty little console. It has a striking cel-shaded style that is still attractive to this day.

The story is a fantasy-heavy retelling of Joan of Arc with a Sailor Moon twist (magical transformation and all). This is a game that was intelligently designed for handheld gaming. So, the encounters are generally not too grandiose and lend themselves nicely to shorter play sessions.

Another of Yasumi Matsuno's series that carried on without him, Tactics Ogre: The Knight Of Lodis is a delightful handheld experience. Like many similar games in the genre, it has a number of jobs that all have their own unique skills and abilities. Unlike most games in the genre, though, these jobs feel oddly balanced. This isn't a Final Fantasy Tactics situation, one job class will not completely shatter the game.

While The Knight Of Lodis may not have quite lived up to the impossibly lofty standard of Tactics Ogre: Let Us Cling Together, it is unquestionably an excellent Tactical RPG. Astonishingly, the Ogre Battle series quite simply does not have a bad game in it. Every last title is excellent. 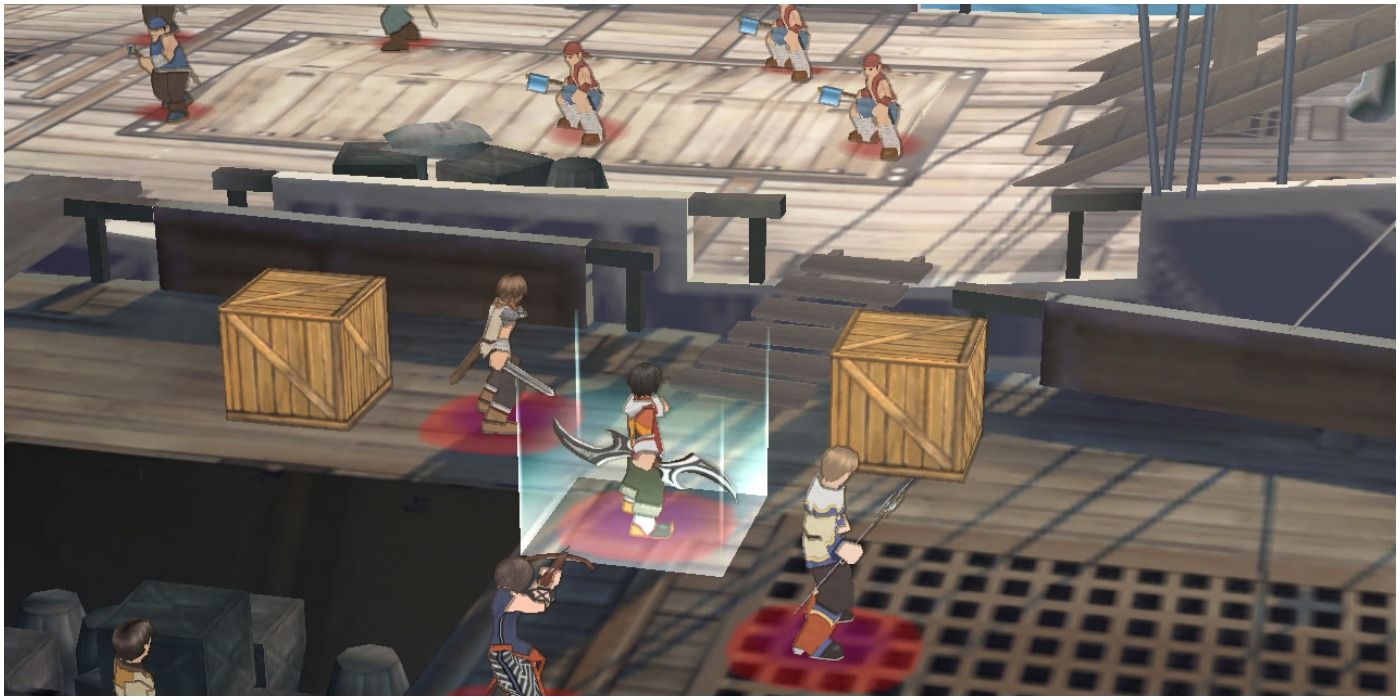 Suikoden 4 was not a game that fans were particularly fond of. However, it had a Tactical RPG sequel which is actually pretty damn good. Suikoden Tactics adds two fascinating elements worth praising.

The series' staple team attacks are translated beautifully into the tactical combat system. It also has an interesting emphasis on changing the battlefield with spells that help buff, and debuff, characters based on their alignment. It also provided a little extra something for those fans who played through Suikoden 4 and still have their save file. 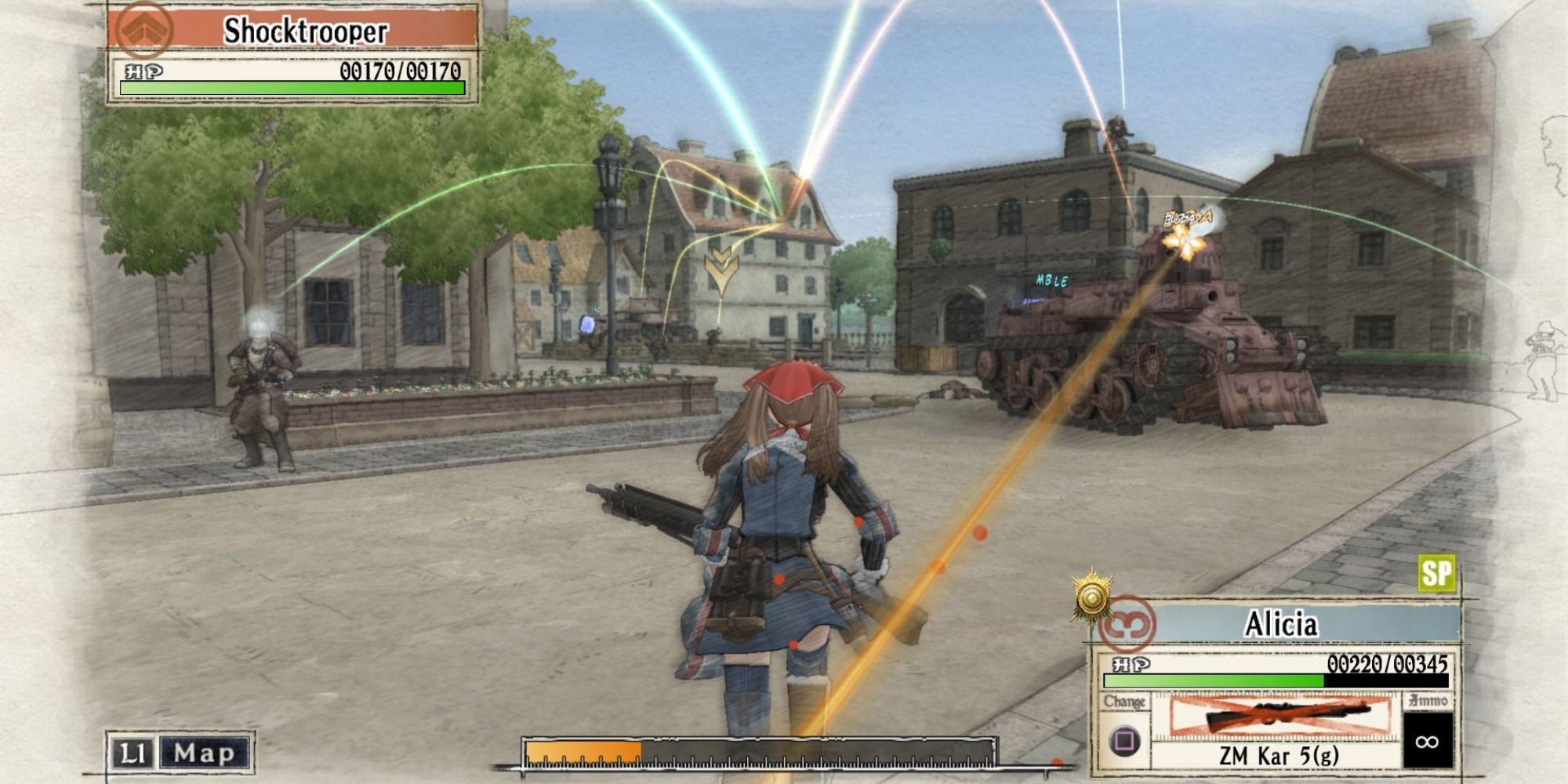 While the PS3 era may not have been a particularly fruitful one for the Tactical RPG, Valkyria Chronicles showed that the genre would not go quietly into the night. While Valkyria Chronicles is largely turn-based, it also has a real-time component. When you move your troops, the camera swivels behind your unit, and you move them in real-time. However, they can only move so far before they run out of movement points.

At that time certain job classes will act as sentries, which means they will shoot at enemies as they attempt to move if they are in their line of sight. Positioning your troops to take advantage of this is a huge part of the strategy involved. Valkyria Chronicles is a charming game, with a fun story, an interesting cast of characters, a striking art style, and great gameplay. It is one of the few great Tactical RPGs to release during the PS3's run. 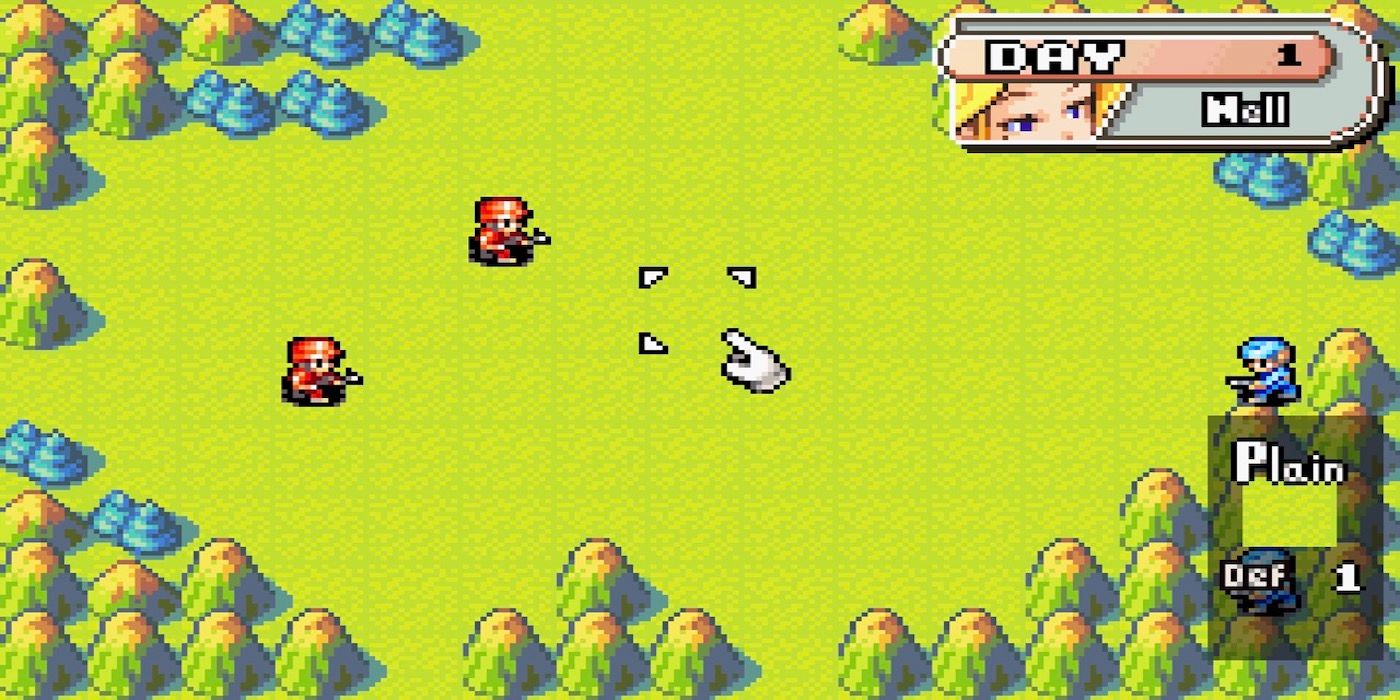 Advance Wars was the sequel to the Famicom Wars games. This was the west's first taste of the Tactical RPG series, and it tasted good. Featuring a deeply satisfying campaign, expressive sprites, and a fast-paced combat engine, Advance Wars was able to deliver an incredible experience for fans of the genre.

Its pacing seemed tailor-made for the hand-held Game Boy Advance, as it is a game that plays brilliantly in bite-sized chunks. It even had a fun little multiplayer mode included that helped extend its value. From its expressive sprites to its engaging gameplay, Advance Wars is a true classic in the Tactical RPG genre. 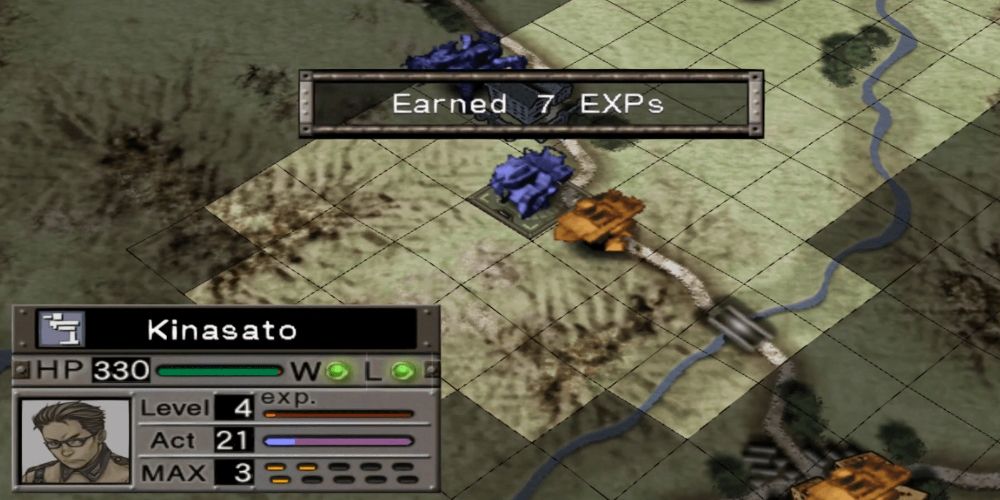 One of the most interesting games in the genre was actually a launch title for the PS2. This plays like a version of Front Mission where instead of your attacks being dictated by dice rolls, you actually man a very slow-moving mech, aiming your shots as you advance on your opponent.

The closest comparison would be something like Valkyria Chronicles, but where you can only move backwards or forwards. The closer you get to your target, the more accurate your shot, but also the more damage you will take. It is an absolutely fascinating game and a must-play for fans of the genre. The plot isn't weak either. This is actually a game with a lot going on under the hood. 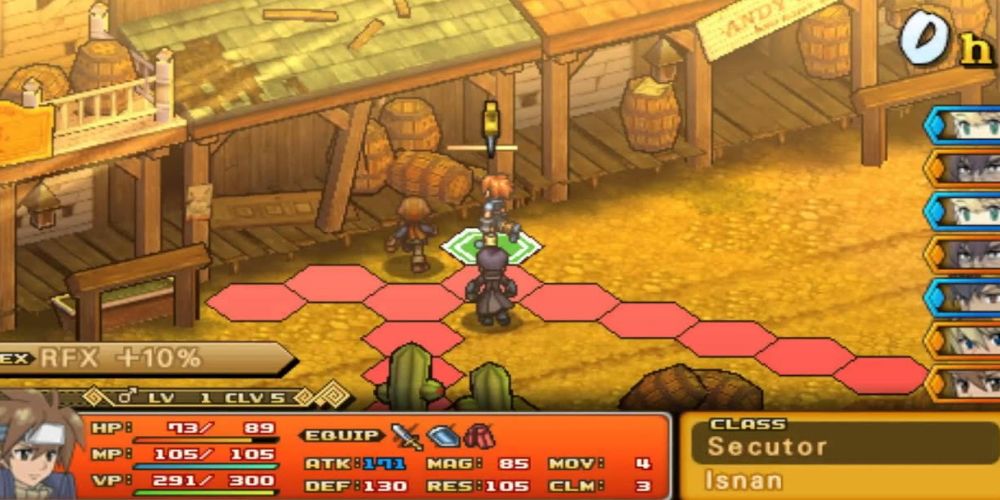 This criminally underrated gem was released on the PSP and did a lot of pretty creative things. The square grid has been abandoned in favor of an octagonal grid. This allows for a number of different avenues for attack. XF also implemented a pretty nifty support system. Oh, and there is a job system in place and the jobs are interesting. It is a great package.

If you have played the Brigandine games before, there are definitely some similarities between that game's combat grid and this one. Don't be fooled by the shockingly poor critical reception; Wild Arms XF is worth the attention.