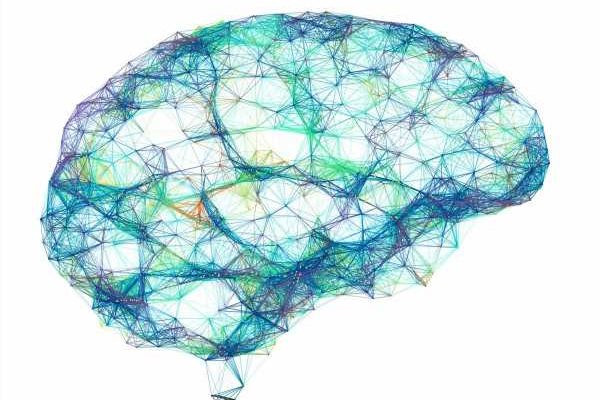 Neural networks are the backbone of algorithms that predict consumer demand, estimate freight arrival time, and more. At a high level, they’re computing systems loosely inspired by the biological networks in the brain. But there’s more to them than that.

Neural networks began rising to prominence in 2010, when it was shown that GPUs make backpropagation feasible for complex neural network architectures. (Backpropagation is the technique used by a machine learning model to find out the error between a guess and the correct solution, provided the correct solution over the  data.) Between 2009 and 2012, neural networks began winning prizes in contests, approaching human-level performance on various tasks, initially in pattern recognition and machine learning. Around this time, neural networks won multiple competitions in handwriting recognition without prior knowledge about the languages to be learned.

Now, neural networks are used in domains from logistics and customer support to ecommerce retail fulfillment. They power applications with clear business use cases, leading organizations to increasingly invest in their adoption, development, and deployment. Enterprise use of AI grew a whopping 270% over the past several years, Gartner recently reported, while Deloitte says 62% of respondents to its corporate October 2018 study adopted some form of AI, up from 53% in 2019.

What are neural networks?

A neural network is based on a collection of units or nodes called neurons, which model the neurons in the brain. Each connection can transmit a signal to other neurons, with the receiving neuron performing the processing.

The “signal” at the connection is a real number, or a value of a continuous quantity that can represent a distance along a line. And the output of each neuron is computed by some function of the sum of its inputs.

The connections in neural networks are called edges. Neurons and edges typically have a weight that adjusts as learning proceeds, such that the weight increases or decreases the strength of the signal at a connection. Typically, neurons are aggregated into layers, and different layers may perform different transformations on their inputs. Signals travel from the first layer (the input layer) to the last layer (the output layer), sometimes after traversing the layers multiple times. And some neurons have thresholds that must be exceeded before they send a signal.

Neural networks learn — i.e., are “trained” — by processing examples. Each example contains a known “input” and a “result,” which are stored within the data structure of the neural network itself. The training of a neural network from example is usually undertaken by determining the difference between the output of the network (often a prediction) and a target output. This is the error. The network then adjusts its associations according to a learning rule, using this error value.

Adjustments will cause the neural network to produce output that is increasingly similar to the target output. After a sufficient number of these adjustment, the training can be terminated based upon certain criteria. Such systems “learn” to perform tasks by considering examples, generally without being programmed with task-specific rules. For instance, in image recognition, they might learn to identify images that contain cats by analyzing example images that have been manually labeled as “cat” or “no cat” and using the results to identify cats in other images.

Neural networks are used in a number of different business applications, including decision making, pattern recognition, and sequence recognition. For example, it’s possible to create a semantic profile of a person’s interests emerging from pictures trained for object recognition.

Individual companies are using neural networks in various ways depending on their businesses. LinkedIn, for instance, applies neural networks along with linear text classifiers to detect spam or abusive content in its feeds when it’s created. The social network also use neural nets to help understand the kinds of content shared on LinkedIn — ranging from news articles to jobs to online classes — so that it can build better recommendation and search products for members and customers.

Call analytics startup DialogTech also employs neural networks to classify inbound calls into predetermined categories, or to assign a lead quality score to calls. A neural network performs these actions based on the call transcriptions and the marketing channel or keyword that drove the call. For example, if a caller who’s speaking with a dental office asks to schedule an appointment, the neural network will seek, find, and classify that phrase as a conversation, providing marketers with insights into the performance of marketing initiatives.

Another business among the many using neural networks is Untapt, a recruitment platform. The company uses a neural network trained on millions of data points and hiring decisions to match people to roles where they’re more likely to succeed. “Neural nets and AI have incredible scope, and you can use them to aid human decisions in any sector. Deep learning wasn’t the first solution we tested, but it’s consistently outperformed the rest in predicting and improving hiring decisions,” cofounder and CTO Ed Donner told Smartsheet.

Despite their potential, neural networks have shortcomings that can be challenging for organizations to overcome. A common criticism is that they require time-consuming training with high-quality data. Data scientists spend the bulk of their time cleaning and organizing data, according to a 2016 survey conducted by CrowdFlower. And in a recent Alation report, a majority of respondents (87%) pegged data quality issues as the reason their organizations failed to implement AI.

Beyond data challenges, the skills gap also presents a barrier to neural networks adoption. A majority of respondents in a 2021 Juniper report said their organizations were struggling with expanding their workforce to integrate with AI systems. Unrealistic expectations from the C-suite, another top reason for failure in neural network projects, contribute to delays in AI deployment.

Issues aside, the benefits of neural networks are tangible — and substantial. Neural networks can solve otherwise intractable problems, such as those that render traditional analytical methods ineffective. Harvard Business Review estimates that 40% of all the potential value created by analytics comes from the AI techniques that fall under the umbrella of deep learning, which leverage multiple layers of neural networks, accounting for between $3.5 trillion and $5.8 trillion in annual value. Gartner anticipates that neural network-powered virtual agents alone will drive $1.2 trillion in business value.

The takeaway is that neural networks have matured to the point of offering real, practical benefits. They’re already essential to supporting decisions, automating work processes, preventing fraud, and performing other key tasks across enterprises. While flawed, they’ll continue developing, which is perhaps why adoption is on the upswing. In a recent KPMG survey, 79% percent of executives said that they have a moderately functional AI strategy, while 43% say it’s fully functional at scale.