Erin left the table before anyone else during the Dinner scene from The Dark Pictures Anthology: The Devil in Me, but just because she’s gone up to her room doesn’t mean she’ll have time to relax. When you’re staying in the recreation of H. H. Holmes’ Murder Castle, where he killed potentially up to 200 people, ideas of rest and relaxation can be checked at the door.

Alone with only her sound equipment and inhaler, Erin is trying to locate the source of someone crying in this scene. Follow along below to ensure it goes your way.

As a title from The Dark Pictures Anthology, we know The Devil in Me has little details in every corner and a story that can end in several ways. We might miss a small thing or two along the way, but we’ve played through The Devil in Me a few times over to bring you as complete a coverage as we can. 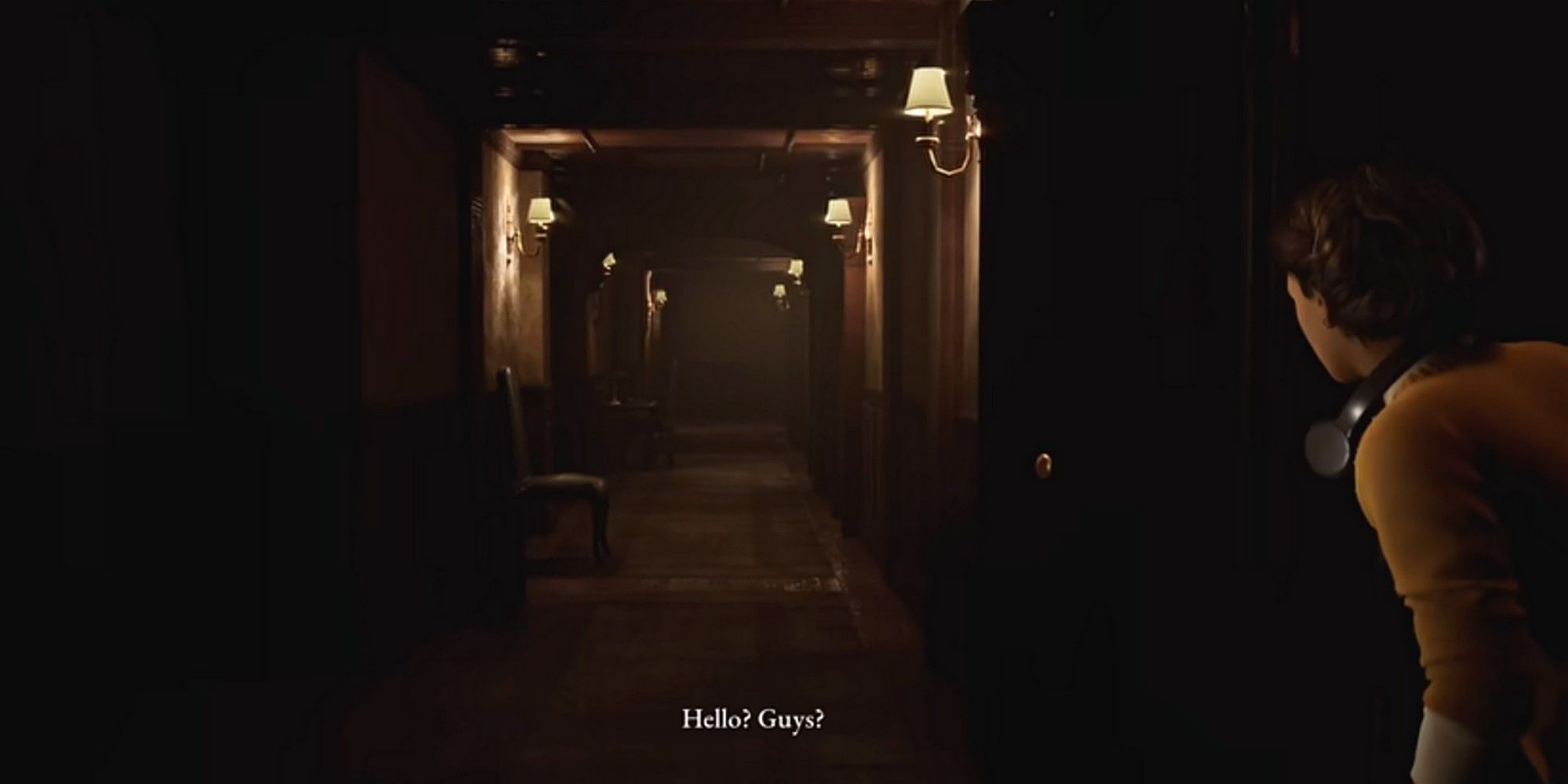 This scene begins with Erin arriving at her room, stressed from the happenings at dinner.

From her room, Erin can hear what sounds like somebody weeping nearby, but Lonnit Entertainment is meant to be the only group at the hotel.

Unable to let it rest, Erin grabs her sound equipment and uses it to try to locate the source of the noise. 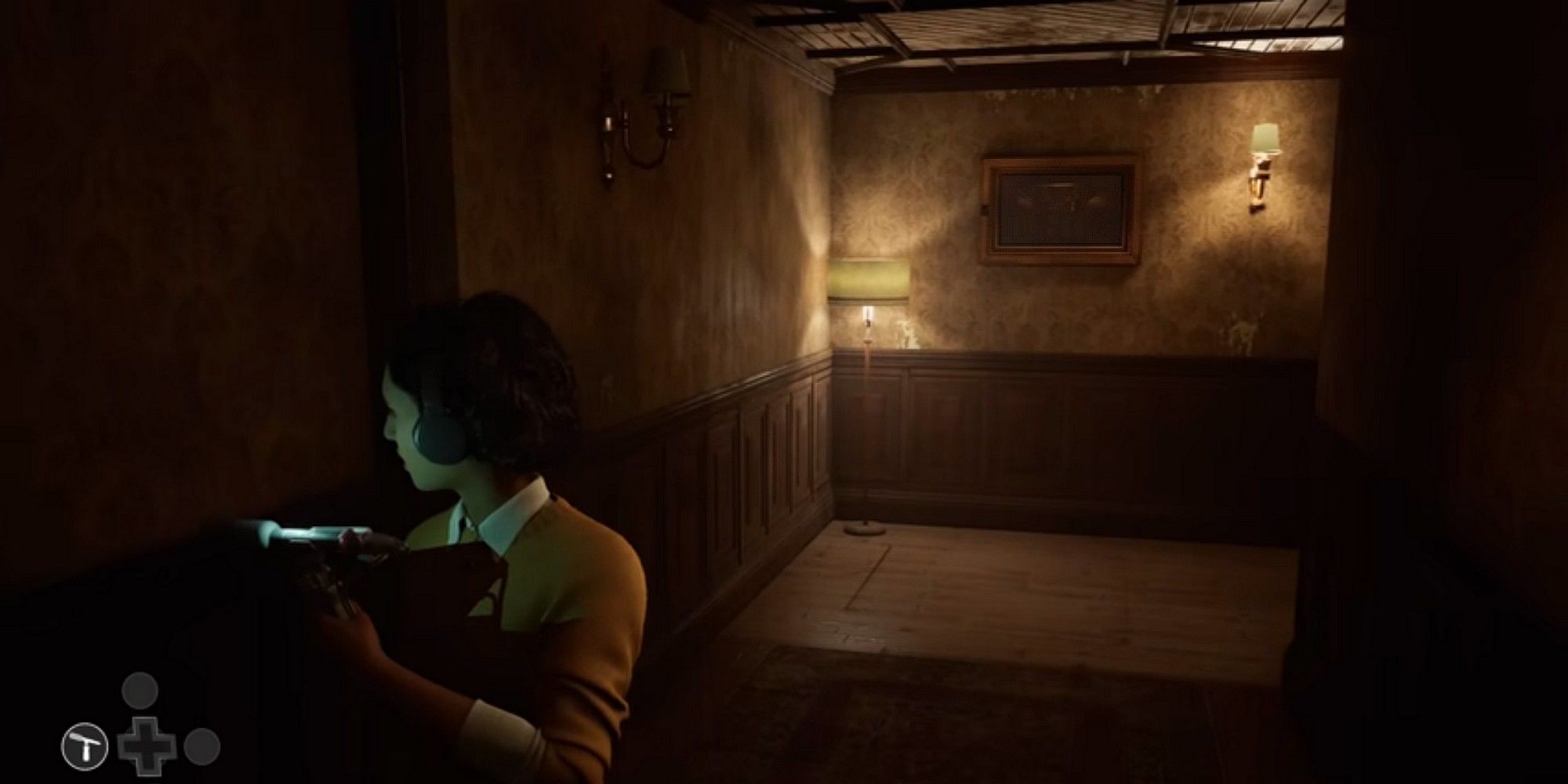 In order to find who’s crying, Erin will need to walk around her floor of the hotel with her headphones on to amplify sound, trying to find whoever’s upset.

The scene involves exploring and doubling back on what you’ve already done. Not only will you find that most of the doors in this hallway are locked, but the killer is watching and changing the layout of the hotel, making it even harder to find your way.

While it seems frustrating, this scene is meant to get you lost! If you're confused, you're probably doing it right.

From Erin’s room, go left, and then left again when you have the option.

When you hear a clip of Holmes' confession from the Trial scene, you're in the right place. You’ll see a large photo on the wall of Holmes’ execution, and inspecting it is what changes the layout of the floor.

Before you do this, be sure to check out the photo prophecy along the left wall, as you cannot backtrack to it once the wall closes to seal this section of the floor off.

Leave this hallway for a moment and then go back to it again – the wall that was previously closed next to the portrait of Holmes’ execution is now open. 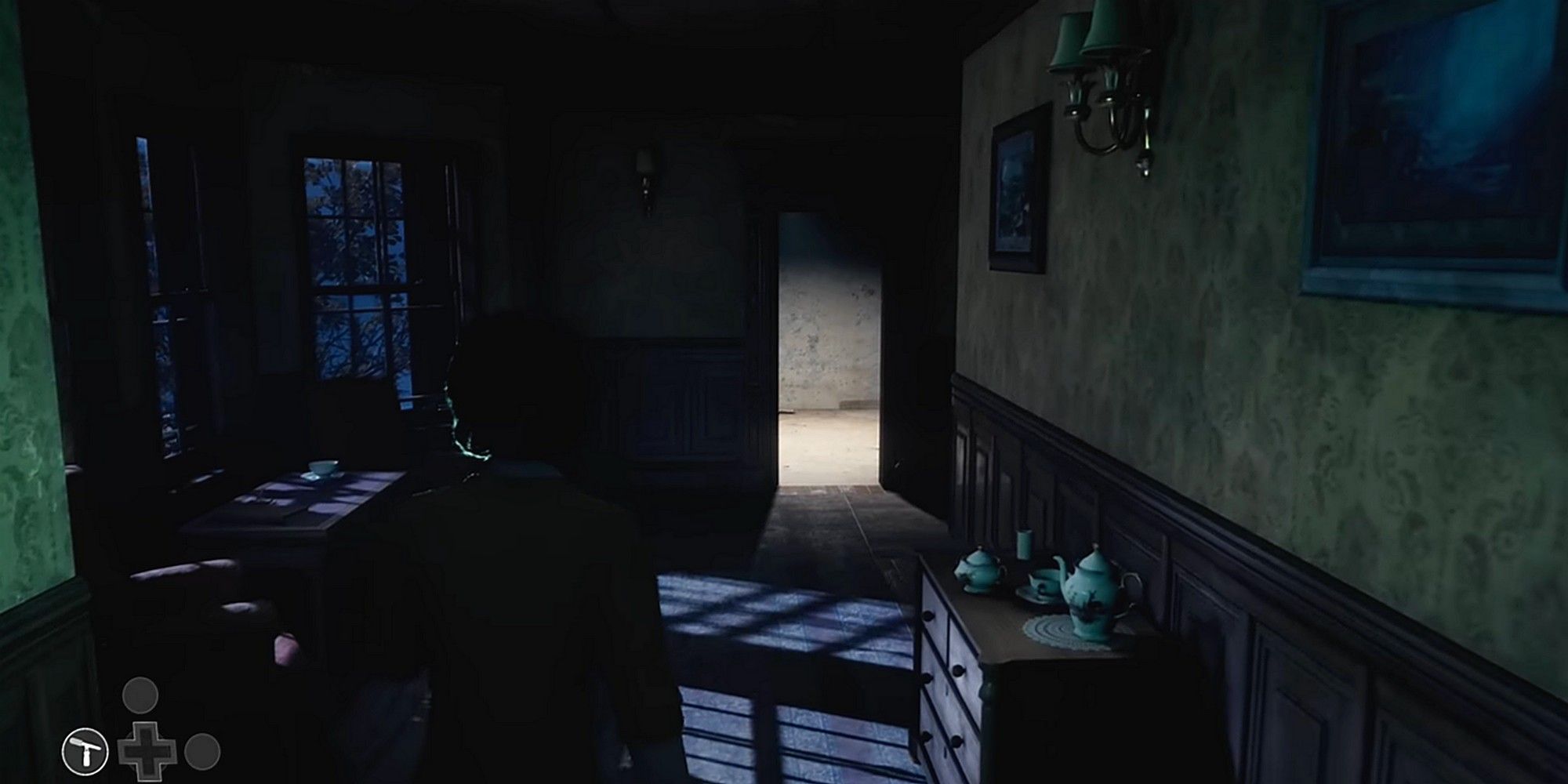 As you’re walking along this new route, the lights on the floor will go off, leaving Erin to wander in the dark.

Head through this area until you find a single open room with a light on, which will be past a set of windows that let you know you’re in the right place.

Go into this room and interact with the button on the wall to end the scene with your adrenaline pumping.