We've just met the team working together on the documentary project, "Architects of Murder", and in the scene immediately following their introductory behind-the-scenes videos, you get a peek at their show. Not only do you see what they're working on, but you also get a glimpse into where the project is going to take them next.

This scene is notedly one of the shorter in the game, and it features no choices to be made. It's a fully cinematic scene setting up the lore of the game, but we wanted to include it for completion. 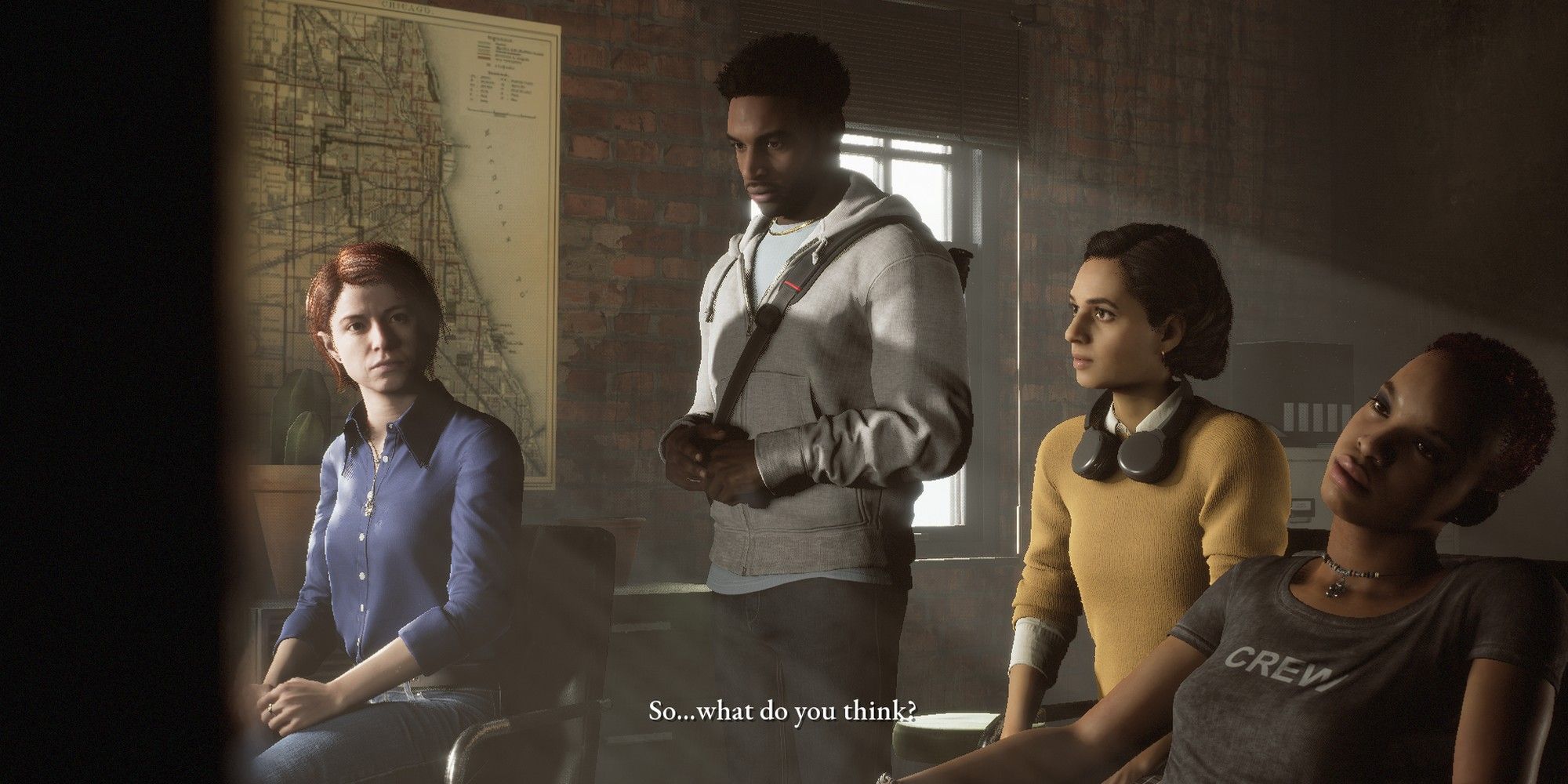 The introduction to this scene shows recreation footage of H. H. Holmes in court, and features several of the more famous alleged quotes from his confession. In our scene, he's being sentenced for the series of murders he committed within the walls of The World's Fair Hotel, which you got to see in the game's prologue chapter.

The Devil in Me takes inspiration from and prominently features the man regarded as America's First Serial Killer, H. H. Holmes, and we begin the game about his crimes with a glimpse into his confession to them.

Holmes drops the quote from which the game received its name before Kate Wilder, the host of "Architects of Murder", steps into frame, explaining his crimes as the introduction to the program. The total number of victims is widely disputed, she explains: Holmes confessed to 27 murders, but as investigators dug more into his history, they believe the number could actually be closer to 200.

Charlie, the director of the project, pauses the film and asks his crew what they think of the result of their efforts. All four are visibly uncomfortable, and it takes a moment before Jamie speaks up to offer what's gearing up to be a not-so-kind review.

However, their feedback is cut short when Charlie pauses them to take what ends up being a very interesting phone call.