Today we saw the first gameplay trailer premiere for the upcoming Dead Space remake, and it’s more familiar than I ever expected. I suppose that expectation comes with the territory, but when games like Final Fantasy 7 Remake and Yakuza Kiwami 2 are changing exactly what it means to reimagine an existing experience, I can’t help but want more from older properties being brought back for a new generation of players. Dead Space is Dead Space, which means it will be an excellent survival horror game, but one we already know.

I played through the trilogy during the pandemic on my Xbox One X thanks to backward compatibility, and all three of these games hold up incredibly well. The visuals and shooting mechanics have aged in places, but the grotesque enemies and oppressive atmosphere that made Visceral Games’ survival horror classic so iconic remain untouched. Final Fantasy 7 and Yakuza 2 were much older games that had huge overhauls, while Dead Space feels like merely polishing a title that, for the most part, is still pretty damn incredible.

The biggest addition this time around is incorporating a spoken protagonist into the first game, whereas previously Isaac Clarke was a silent engineer who obediently followed every single order given to him. He was barely capable of surviving, and was grieving throughout while searching for his deceased partner across the USG Ishimura. His silence made sense, and essentially made him a self-insert for the player as we explored this abandoned station alone, afraid of whatever might lurk around the next corner. Dead Space modernised the already excellent gunplay of Resident Evil 4 and combined it with the psychological horror of Event Horizon, creating something that, while not exactly original, made a huge impact.

Recreating that iconic feeling is impossible, even more so when a voice is being given to Isaac Clarke when a previous version of this storyline had him acting as little more than a passive observer. He answers back when given unreasonable orders, and speaks up when things seem amiss or a betrayal rears its head. With any luck, this will result in a slightly divergent narrative that isn’t afraid to change up the established canon, or perhaps take it somewhere new given this franchise has been left on ice for the better part of a decade. I would much rather a remake expand upon what we had before instead of sticking so stringently by it, but the gameplay trailer has me fearing that won’t be the case at all.

Isaac can be seen communicating with the small crew and stumbling into much wider areas than ever seen in the original game, but moments later identical set pieces play out with gunplay, level design, and puzzle solutions that those familiar with the game will take mere seconds to solve. This is pitched as a remake, but would be more in line with The Last of Us Part 1 if gameplay mechanics and level design remains unchanged. I am likely reading too much into a short trailer, but that’s all we’ve got and my memory of the game is fresh enough that picking out specific moments and remembering exactly how they play is far too easy. 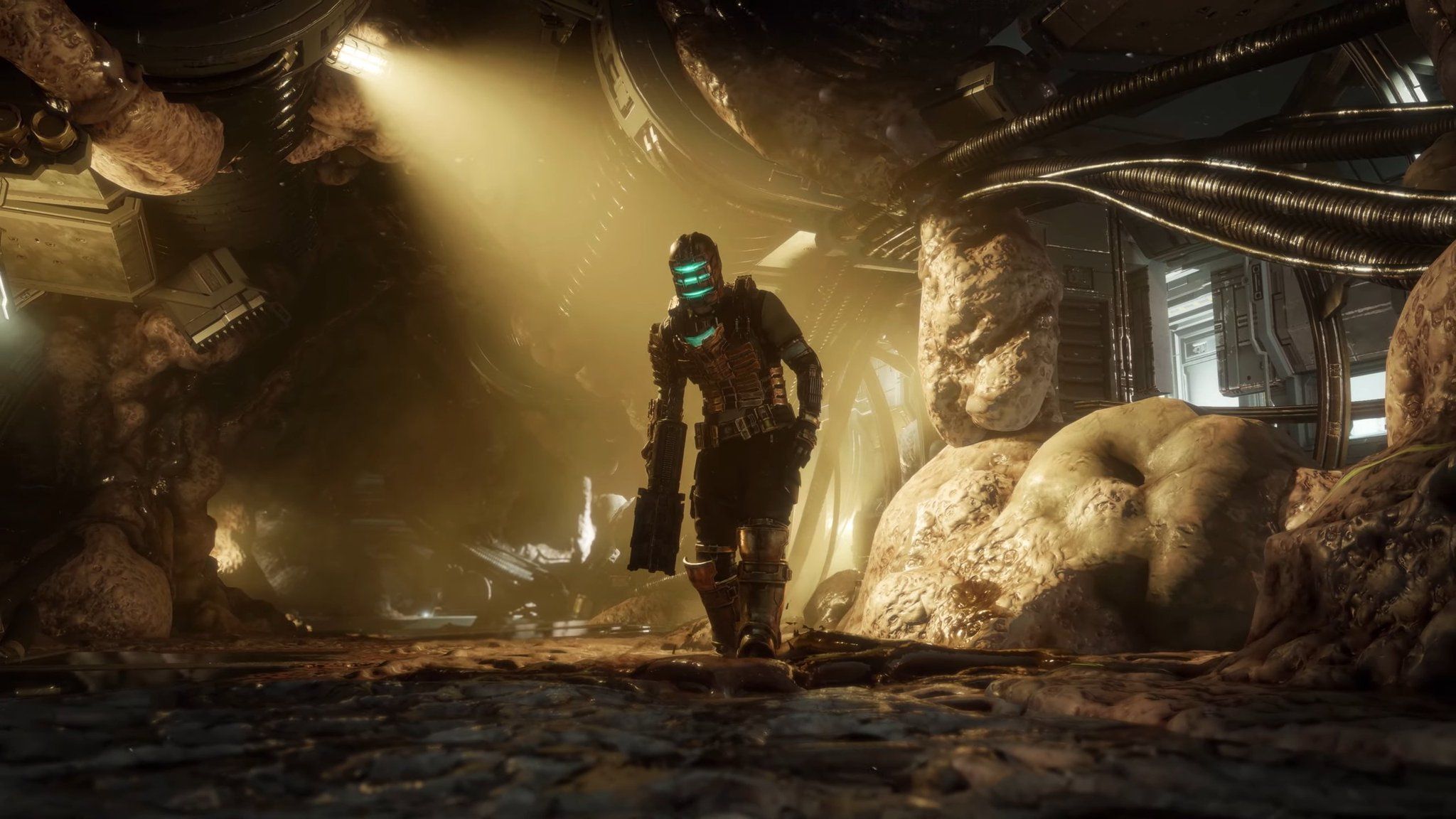 I guess I was hoping for something more, or thought that the property could be expanded a little further than its relatively generic source material. I was wrong, so it’s time to cut off some limbs and do some stomping, except this time around I have a dead wife and a voice to cry about her with. If a remake that sticks a little too close to what we know is the asking price for not only Dead Space, but for triple-A survival horror to make a return, it’s one I’ll be more than happy to pay. Alternatively, you can pick up the trilogy on EA Play for free right now.