I attended the Dice Summit this week, culminating in an awards show last night that is often compared to the Oscars of games, and I also followed news about another big gaming event, the Electronic Entertainment Expo (E3).

These two shows (and the GamesBeat Summit of course) always produce some of the biggest moments of the year for the video game industry. But they’re undergoing changes that are worth discussing.

The Dice Summit lived up to its tradition of electrifying keynotes with a talk by Tim Sweeney, CEO of Epic Games, who slammed a number of the big companies in gaming as private monopolies that were holding the industry back from its fullest potential, hurting both consumers and game developers. He wants the industry to be more competitive and to be more open.

The talk went over well, as the audience recognized that Sweeney was instrumental in using Fortnite to get game platforms to finally support crossplay. I’ve seen startup studios like Elodie Games announce crossplay as a staple of their business strategies, and Sweeney gets all the credit for that. Crossplay, however, has a long way to go before it becomes a no-hassle task for game studios, said Jesse Houston, CEO of Phoenix Labs, maker of the Dauntless crossplay game, in an interview. 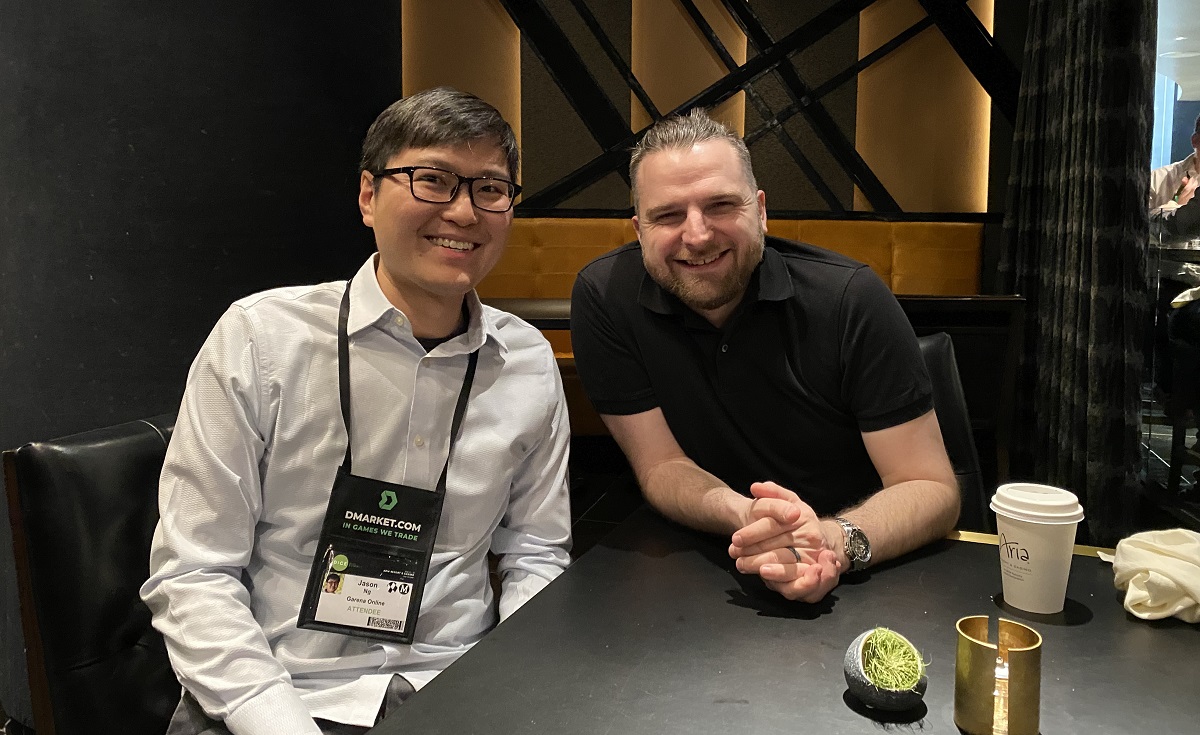 Above: Jesse Houston (right) of Phoenix Labs and Jason Ng of Garena.

He is also using the clout of Fortnite and the money it generates to get exclusives for the Epic Games Store, which is helping developers by taking only a 12% cut of game proceeds, rather than the traditional 30% that Google, Apple, and Steam take. He also took the platforms to task for anticompetitive behavior, calling Android a “fake open system” because of the hurdles it put in Epic’s way as it enabled sideloading of Fortnite via the Epic Games Store rather than Google Play. Those companies that Sweeney criticized did not respond to requests for comment.

But one part of Sweeney’s talk people disagreed with or were simply confused about what Sweeney was trying to say about keeping politics out of game company marketing while preserving free speech about politics for gamers, esports players, and game creators. His discussion was simply confusing, and I wished Sweeney would have explained his view better in a Q&A. 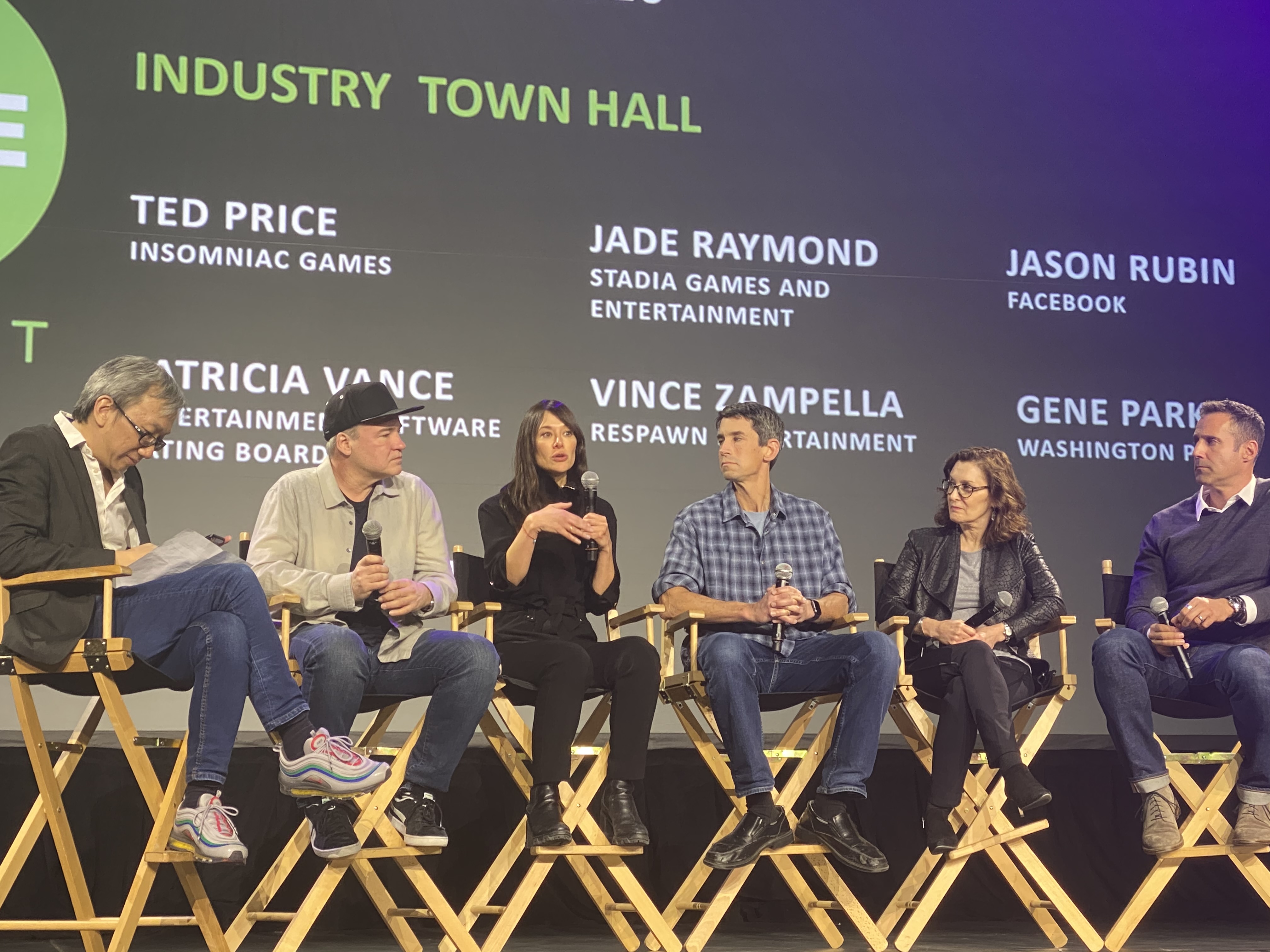 Above: Leaders of gaming at Dice Summit. Jade Raymond of Google is speaking, and Jason Rubin of Facebook is on the far right.

That was a moment when I wished Dice was more of a platform for Q&A, rather than a good networking event. I did get to ask a town hall panel about Sweeney’s remarks later, and Jason Rubin, an executive at Facebook, said that he believed that Sweeney’s remarks were good, but he believes the industry needs a spectrum of companies, and they will all have different business strategies. Some will be more closed, like walled gardens, and some will be open. The result will be a balanced industry.

The irony of the show was that a surprise indie hit, Untitled Goose Game, won the Game of the Year, despite Sweeney’s position that such indie developers were getting squeezed too much. And the subtext is that Sweeney’s Epic Games, flush with cash from Fortnite, might just want to be annointed the new king (or private monopoly) of games, displacing Valve, whose money from Half-Life made yesteryear’s Steam distribution king. The king is dead. Long live the king. I am going to guess that Sweeney did not run his talk by the marketing department, which would likely be horrified that he refers to Epic’s partners as private monopolies.

The Dice Summit had far fewer talks this year than in years past, so I missed the conversations and visions from the captains of industry. I enjoyed attending some roundtables instead, but those were off-the-record sessions that didn’t produce as many things to write about. At Dice, the crowd was notably smaller, as many people didn’t even go into the conference.

This is a bit inside baseball, as the public doesn’t generally get access to the happenings at an elite conference like Dice.

The challenges of E3

On the other hand, the challenges at Dice are nothing compared to the problems the Entertainment Software Association (ESA) is facing with E3. Sony dealt a blow by announcing that, for the second year in a row, it wasn’t going to appear at E3 in June in Los Angeles. Then on Wednesday, gaming personality Geoff Keighley said he would not host the E3 Coliseum event at the show this year.

In a statement, the ESA said, “Geoff has been, and continues to be, a strong industry advocate and champion. He played a critical role in developing E3 Coliseum, a platform reintroduced three years ago that brought fans together for important conversations with industry luminaries and leaders in celebration of video games. We appreciate his contributions and hope to have future collaborations. In 2020, we look forward to presenting a reimagined E3 that will connect and delight fans worldwide.”

Keighley said in an interview with GamesBeat that for the better part of a year he tried to talk to the ESA leadership and its board of directors (CEOs of the game publishers) about how to get E3 back on track. He said that as E3 started selling tickets, he felt he had to decide to announce he was pulling out of E3 Coliseum, so gamers would understand that he wasn’t going to be part of it. He said it was a wrenching decision. 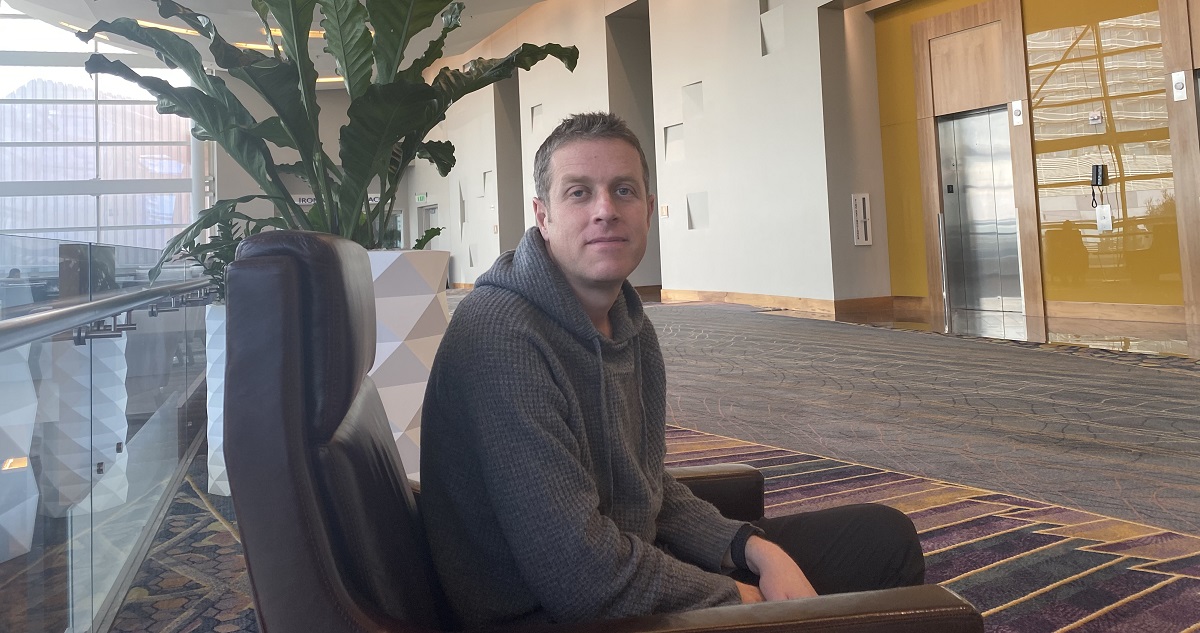 Above: Geoff Keighley has decided not to do E3 Coliseum in 2020.

“I’ve been going to E3 for 25 years, since I was a kid,” Keighley said. “They’re unsure of what E3 is this year, and that was part of my issue. I didn’t sense a lot of vision for what the show will be. I hope this opens some dialogue and conversation of what the show needs to be.”

Other things affected the discussion too but nothing in the public eye.

Keighley said he would continue to do his Gamescom game premier event and The Game Awards event in December, and he would also continue with the Game Critics Awards, which would now broaden its purview to games beyond the titles that are available just at E3. He wants the awards to cover the widest swath of games possible, not just those appearing at E3.

To add insult to injury, the ESA web site got hacked again, after it got hacked last year and exposed the personal information of 2,000 or so journalists who attend the show. That breach exposed the ESA to charges that it didn’t know what it was doing. Keighley said that leak from last year was one more thing that factored into his decision.

Regarding the new breach, the ESA said, “We discovered that a staging link for E3’s new 2020 website was temporarily accessible while the site was being actively tested and reviewed for public launch. We have confirmed that no access-controlled sections of the new site were accessible.”

Keighley’s absence will be a blow to E3, coming on the heels of Sony’s pullout. And lastly, some rumors started circulating that the Game Developers Conference in San Francisco might be canceled, after the cancellation of Mobile World Congress in Barcelona, due to coronavirus concerns. But the GDC says that the only change is that the exhibitors from China and attendees from China will not be showing up, as the border has been shut down for travelers.

All of this makes for an interesting opportunity for online-only events such as Keighley’s The Game Awards and Rami Ismail’s Gamedev.World, where talks are translated in real-time into eight languages at once. The show will take place once again later this year, and it won’t have a physical event.

Overall, it’s not a great week for the games that celebrate the world of video games. But gaming is doing fine, and we’ll all survive. Just need to take a deep breath and think about change, and how it should be a welcome thing.