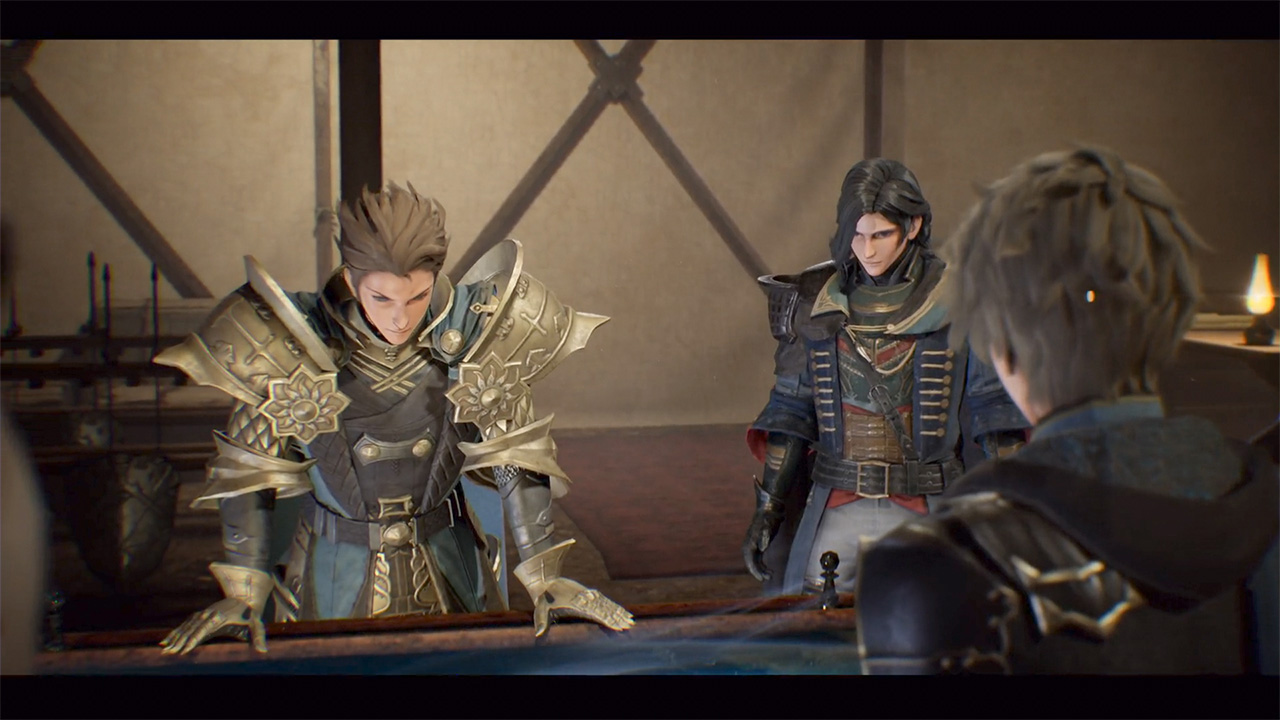 Square Enix attempts to take on Fire Emblem at its own game, with a more modern, real-time approach to combat.

During the late 90s and early 2000s, real-time strategy games like Command & Conquer and StarCraft enjoyed massive popularity. They typically gave you control of entire armies, from gathering the raw resources that went into constructing vehicles and aircraft, to directing individual units in battle. Everything from supply lines to tactics was under your aegis.

Rather than being proof that mainstream gamers aren’t interested in strategy titles turn-based strategy games have grown in popularity at the same time as real-time ones have fallen away. Which is ironic, because originally real-time strategy games were meant to be the cool, new action-based evolution of a once staid genre.

The Fire Emblem series is one of the main beneficiaries of this change in fortunes, a series which The DioField Chronicles owes an obvious debt of inspiration to. Square Enix’s game tells the story of a team of spiky-haired anime mercenaries in a fantasy setting, alternating between lengthy conversations involving members of your expanding band and actual fights, which take place in discrete battlefields well away from your HQ.

Even though it apes the look and feel of Fire Emblem, battles are handled quite differently, as they’re no longer turn-based but favour a semi-real time approach. The game pauses as you issue orders to a unit or group, before automatically resuming, creating an essentially hybrid approach. The other change is that you can take only four units into battle, which is handy because there are exactly four character classes.

Soldiers work at close range, cavaliers move more quickly on horseback, sharpshooters are archers, while magickers heal, buff, and provide long range damage dealing. Issuing orders is as simple as clicking on a character or encircling a group, then clicking to direct them, either via a couple of waypoints or straight in to attack an enemy.

While the latter is useful, you’ll also need to think about how your units are positioned, because there’s a sizeable damage bonus for ambush attacks that strike enemies from behind. That usually means using a unit or two to assault a group of enemies from the front, while you send your cavalier around for a flanking manoeuvre.

Each unit also has a set of abilities, which you can add to upgrade using the game’s skill tree. Special abilities have a cooldown to prevent you from spamming them, but that’s balanced with their level of effectiveness, which generally does make a difference to the flow of a fight – allowing you to adapt to circumstances or unexpectedly powerful foes.

Enemies arrive in waves, so after dispatching a group, more appear on the map, providing a brief respite to heal and reposition your troops for the next skirmish. There’s a reasonable variety to missions, which include escorts, defending single points, and taking on numerous configurations of enemies. There are also bosses, although they turn out to be no more than arrow sponges, their multiple energy bars adding nothing more interesting than the fact that it takes a lot longer to kill them.

Another layer of tactics comes with choosing adjutants, who act as support soldiers whose skills you can use, but who don’t actually turn up on the battlefield. You can swap them in for units who are about to die but can only do that a limited number of times per battle. More important is to select adjutants whose abilities complement the skills of characters on your team.

Finally, there are also massive Final Fantasy-style monsters you can summon, which have their own gradually accumulating activation points to prevent overuse. It all adds up to a solid system whose light reinvention of Fire Emblem’s combat works fine, proving easy to understand and instantly appealing. The problem is, though, that the tactics you learn in the introduction are exactly the same ones you’ll be using in the endgame over 30 hours later.

That lack of depth extends to your party as well. Although adjutants earn experience points, your core group earns more, so once you get comfortable with a team there’s little incentive to change your line-up as you progress. Situations and mission types offer little enough variety in challenge that you’ll rarely need to stray from your usual team.

Another issue that reduces the sense of novelty is the absence of terrain effects. Although battlefields often have buildings and bodies of water, there are no pros or cons to anything, so your movement, attack, and defence are unaffected by where you’re standing. It makes for a literally level playing field and has the unfortunate side effect of making battles feel even more samey.

Outside battle the news gets worse, with interminably long, mostly conversation-only cut scenes interspersed with other text-only chatter. You have no choice as to what anyone says, and while the voice acting is generally decent, the script is unutterably dull. As if that weren’t off-putting enough, at one point the game also railroads you into supporting your boss as he goes about annihilating an emergent pro-democracy movement. To say that undermines any sense of your team’s righteousness is an understatement.

Time spent in your HQ to chat, shop and upgrade is just as stultifying. The building’s barren corridors and large, empty rooms don’t help. Things gradually get more populated as you progress, but it never feels busy, and you’re constantly reminded how much easier a simple menu would have been than having to trudge laboriously around its boring, windowless interiors. It simulates the stupidity of the current concept of a metaverse all too well and is exactly as much fun as that sounds.

The DioField Chronicle would have made a good mobile game. Its simple real-time combat is well suited to a touchscreen and you could simply replace all the cut scenes and mind-numbing meandering around HQ with a menu and a quick text-only chat after each battle. It would be a more honest use of this limited IP than padding it out with futile, long-winded chat and then charging full price for it.

In Short: The semi-real-time battles are fun but a lack of depth soon dulls your enthusiasm for this limp Fire Emblem wannabe, as the rest of the game is taken up by tedious, choice-free conversations and lengthy cut scenes.

Pros: The battle system works well and is easy to get the hang of. It’s nice to hear English voice actors playing goodies and characters’ names are amusingly ridiculous: Fredret Lester and Izelair Wigan were two favourites.

Cons: Battle tactics fail to add complexity over the course of the game. Cut scenes and conversations are intensely boring and time spent traipsing around your HQ is equally lifeless.