You’ll want to put down your cards, Planeswalkers.

After directing the hyper-successful, Infinity-Saga-ending Avengers: Endgame, directors Anthony and Joe Russo have a new project: adapting the 26-year-old collectible card game Magic: The Gathering for the small screen.

Netflix announced Monday that the Russos would team with Wizards of The Coast and Hasbro for an animated series based on the mythology of the fantasy game. The Russos will “oversee the creation of an all new storyline and expand on the stories of the Planeswalkers” (sorry, Urza’s saga hopefuls) and will see the heroes and villains of the universe “contend with stakes larger than any one world can hold.”

“We have been huge fans and players of Magic: The Gathering for as long as it has been around, so being able to help bring these stories to life through animation is a true passion project for us,” the Russos said in a joint statement.

What Marvel directors made after their MCU movies

The Russos are set to executive produce the series, with writers Henry Gilroy (Star Wars Rebels, Star Wars: The Clone Wars) and Jose Molina (The Tick, Jordan Peele’s Weird City) serving as showrunners. Yoriaki Mochizuki (Spider-Man: Into the Spider-Verse) is on board as supervising director and co-executive producer.

“Working with Joe and Anthony, Wizards of the Coast, and Netflix on such a universally cherished brand is a real highlight for our studio.” said Krauss in a statement. “Our goal is to not only tell a compelling story leveraging Magic: The Gathering’s incredible body of work, but to also push the medium and perception of storytelling through animation. This series will cross the genres of suspenseful thriller, horror, and drama with deeply developed characters the likes of which are not often seen in animation.” 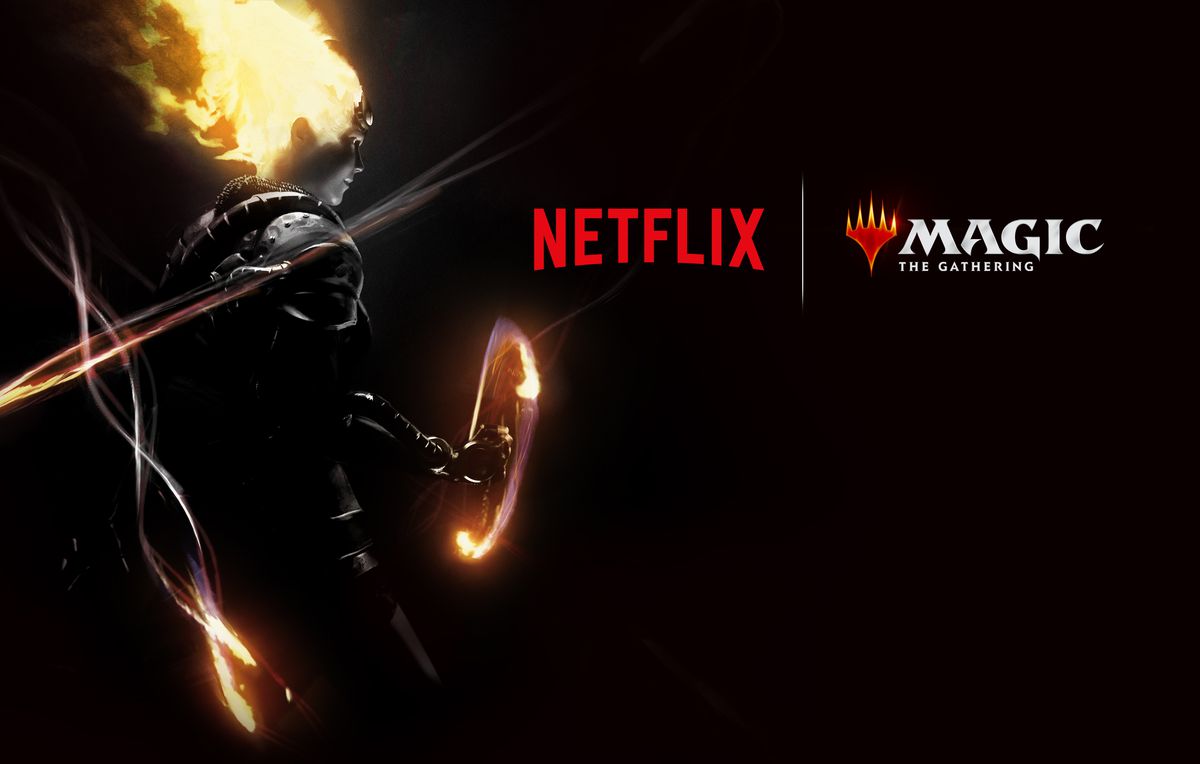 The Magic: The Gathering series joins a growing roster of adult-themed animation at Netflix, with traditional anime like Devilman Crybaby, Aggretsuko, and Ultraman living alongside Castlevania and the upcoming Pacific Rim and Altered Carbon series.

For Wizards of the Coast, the announcement is a coup for a property long trapped in Hollywood development cycles — most recently, in 2014, Fox hired Game of Thrones writer Bryan Cogman to write a feature adaptation of the game — and now fostered by one of the leading media companies on the planet.

Magic: The Gathering kills off a major character, creates a new Signature Spellbook

“More fans are enjoying Magic now than at any time in its 25-year history thanks to the enduring popularity of the tabletop game and our latest release War of the Spark,” said Chris Cocks, president of Wizards of the Coast, in a press release. “We’re thrilled to collaborate with Joe and Anthony Russo to bring Magic: The Gathering’s rich and diverse cast of characters and worlds to Netflix in a way that will delight our many fans and those new to the franchise.”