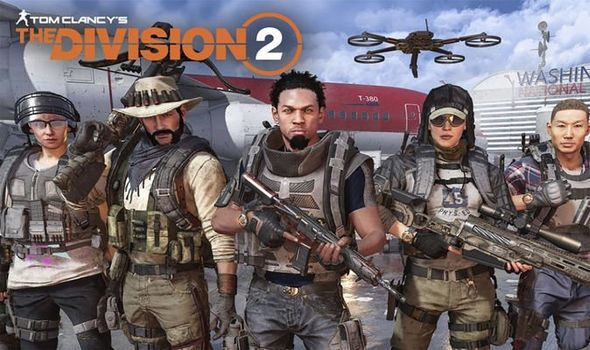 The Division 2 developer Ubisoft is gearing up to release the Operation Dark Hours 8-person Raid.

The Operation Dark Hours 8-person Raid has a 5pm release time in the UK.

That’s after a period of server maintenance scheduled to run from 2pm UK time until 5pm.

“Agents, maintenance incoming in 30 minutes to clear the landing path on the National Airport,” reads an Ubisoft tweet.

The new Raid is described as the hardest challenge The Division 2 players will have faced.

And the first team to complete the Raid will earn a permanent honour in the Base of Operations.

Of course, qualifying for the Raid won’t be easy, as players will have to reach a certain level in the game.

Players will need to reach level 30 to be eligible for the Raid and have completed the main game and Tidal Basin.

Likewise, players will need to reach World Tier 5, and achieved a Gear Score of 490 to particpate.

Annoyingly, Ubisoft has taken a page out of the Destiny playbook and disabled matchmaking for the Raid.

This was confirmed by Ubisoft representative Alexandre Guenounou, who said: “No there is no matchmaking, you have to team up through clan lists, their friends lists or by inviting other players in the game social spaces before you launch the raid.”

Needless to say, you and your teammates will all need to reach the Raid requirements to stand a chance of participating. 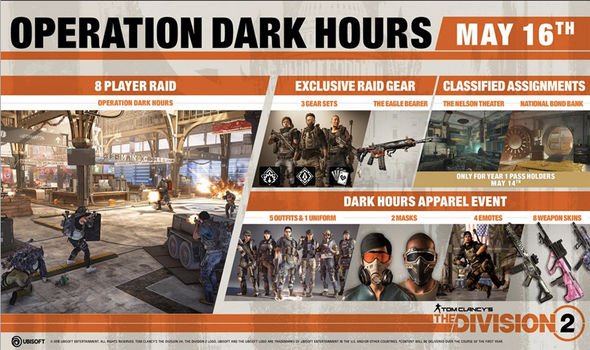 The launch of the Raid coincides with the release of new items and outfits.

You can see some of the new items, masks and outfits for yourself in the image above.

Fans will also be able to unlock a new Trophy/Achievement for completing the Raid, not to mention a new Commendation.