Mankar Camoran is the secondary antagonist in The Elder Scrolls 4: Oblivion—he's the head of the Mythic Dawn, a cult of Daedra worshippers trying to bring Mehrunes Dagon to Nirn and staging an assassination of the Emperor to do so. But there's a lot more to this elf than his villainous machinations.

He's a father, a figure ascended with his own pocket of Oblivion, and a prolific, infamous author. To put it lightly, he's made a name for himself, and steeped in mystery, controversy, and debate outside the game among Elder Scrolls sleuths.

Our introduction to him is through his books, long before we find him indoctrinating would-be cultists in his derelict cave of a den. We later face him directly in Paradise, cutting him down. But this does little to stop Mehrunes Dagon who does, as we know, break into Nirn directly, invading the Imperial City in the explosive finale of Oblivion's main questline. However, there's more to Camoran than being a pawn of a demon.

Is Mankar Camoran Altmer Or Bosmer? 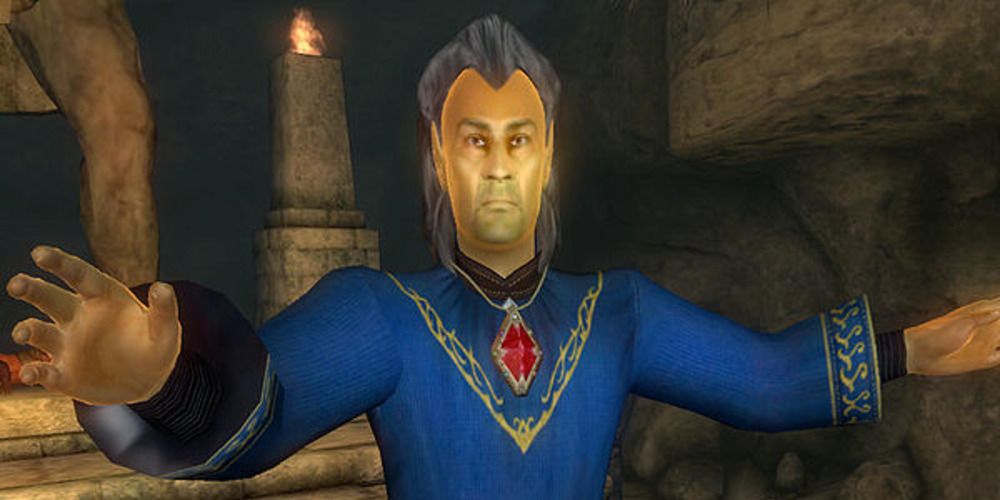 Camoran's race is an interesting topic—the lore he's said to be a Bosmer, although in-game he's an Altmer. But both of his parents are Bosmer, so this makes little sense. You might assume that maybe he's adopted, or perhaps it was a mistake on Bethesda's part, but there are a few other intriguing theories for his Altmer appearance.

Camoran may have used Mehrune's Razor to alter his own nymic—a nymic, for reference, is someone's incantatory name. You can summon Daedra by using their true name, while Mehrune Dagon himself was banished in The Elder Scrolls Online by an Ambition using their nymic. Nymics are also an important part of Bosmer culture, as priests called Namespinners unweave them to change a person's physical form to usually add antlers or horns.

There are potential references in Camoran's Commentaries on the Mysterium Xarxes that he was a Bosmer and, understanding this cultural power that they had embraced, went a step further. Using Mehrune's Razor, he may have changed his own nymic, altering his very race in the progress. On the other hand, it's also rumoured that he was simply not his father's biological son—pick your poison.

Who Are Mankar Camoran's Parents? 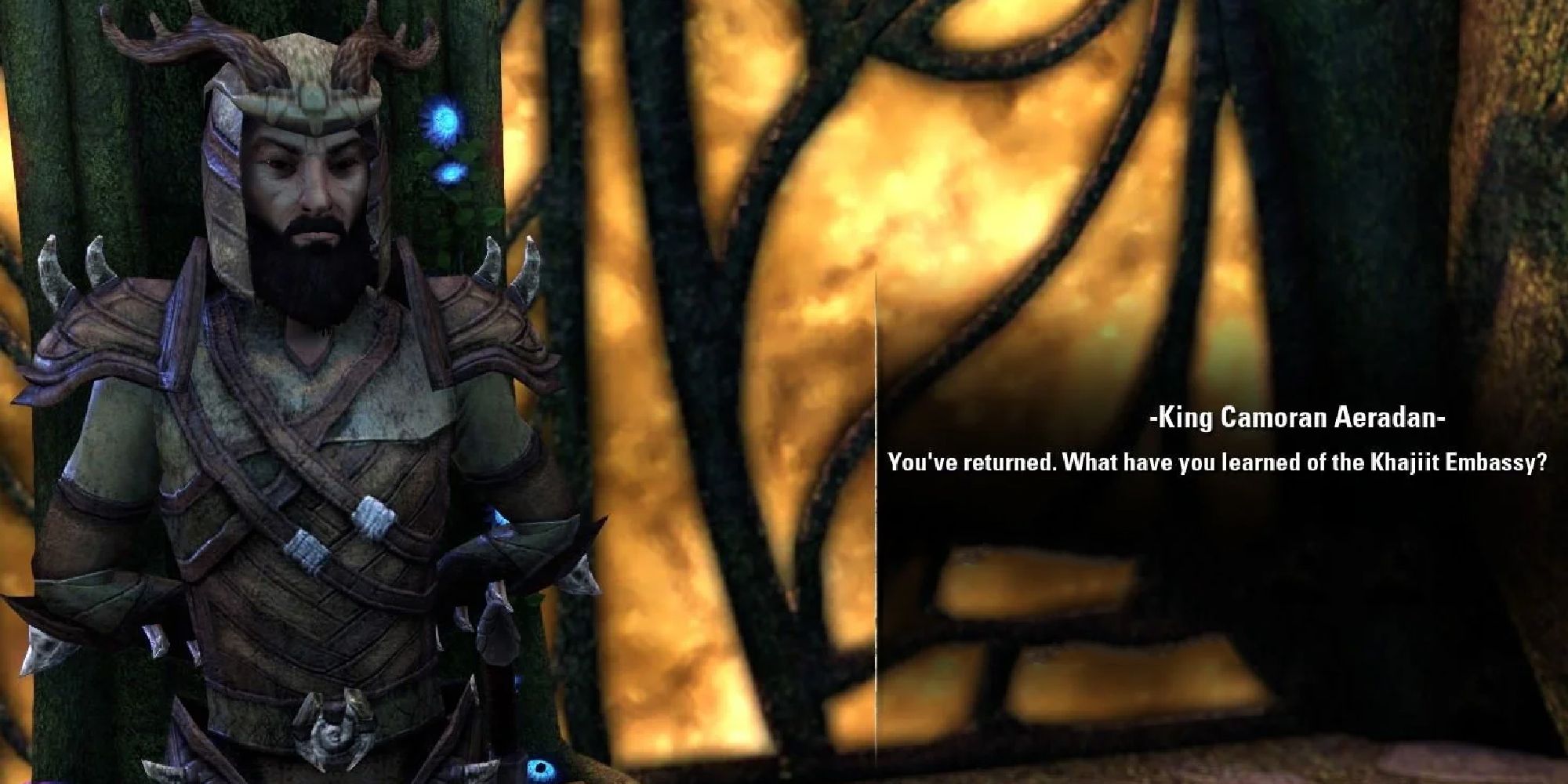 In The Refugees, an in-game book, it's referenced that Mankar is the son of the Camoran Usurper and his Bosmer mistress.

"Haymon Camoran, the Camoran Usurper, Haymon Hart-King, they're all the same, lad. He's a complicated fellow, and needs more than one name."

Haymon started as an advisor and sorcerer to Camoran Kaltos before taking over most of Eastern Valenwood. But the two bickered and disagreed on Haymon's actions, leading to Haymon overthrowing and usurping Kaltos and becoming king himself—hence the title 'usurper'. He was later felled at Dwynnen by a High Rock alliance.

There's a lot of speculation to Haymon's own lineage, with rumours that he is the son of Molag Bal, the Daedric god of schemes.

Who Are Mankar Camoran's Children? 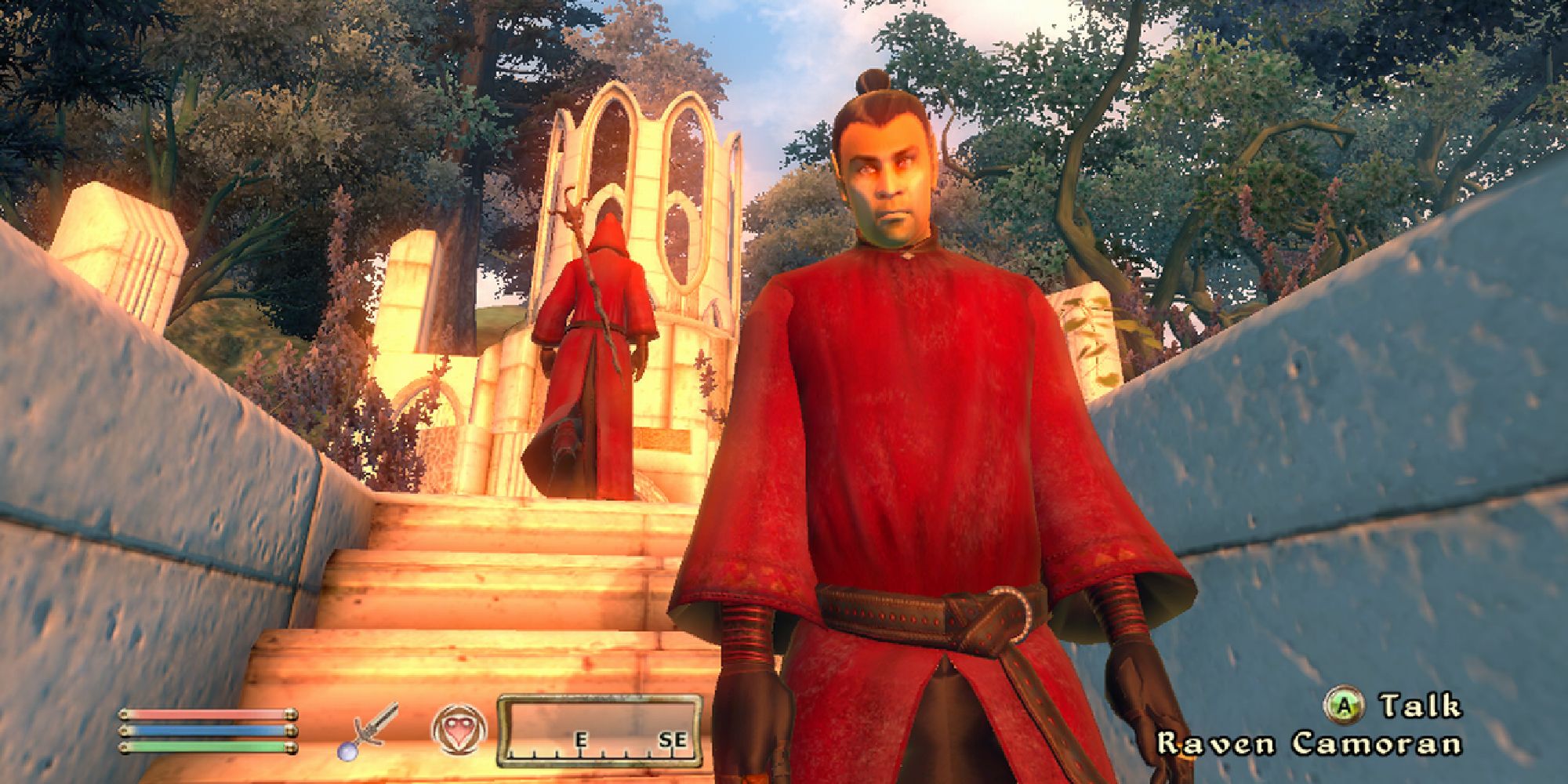 Camoran had two children—Ruma and Raven. The two, like their father, are Altmer, and both help to run the Mythic Dawn cult, though it isn't known who their mother is. Ruma serves as an adept, while Raven is an assassin, helping to rope in new members. We find him skulking in the Imperial City Sewers, bringing would-be cultists into the fold, giving away the Fourth Commentaries.

While little is known about either, interestingly enough Raven's name can be found on the Waterfront Tax Records, perhaps giving us a glimpse into where he lives or lived before Paradise.

Is Nirn An Oblivion Realm? 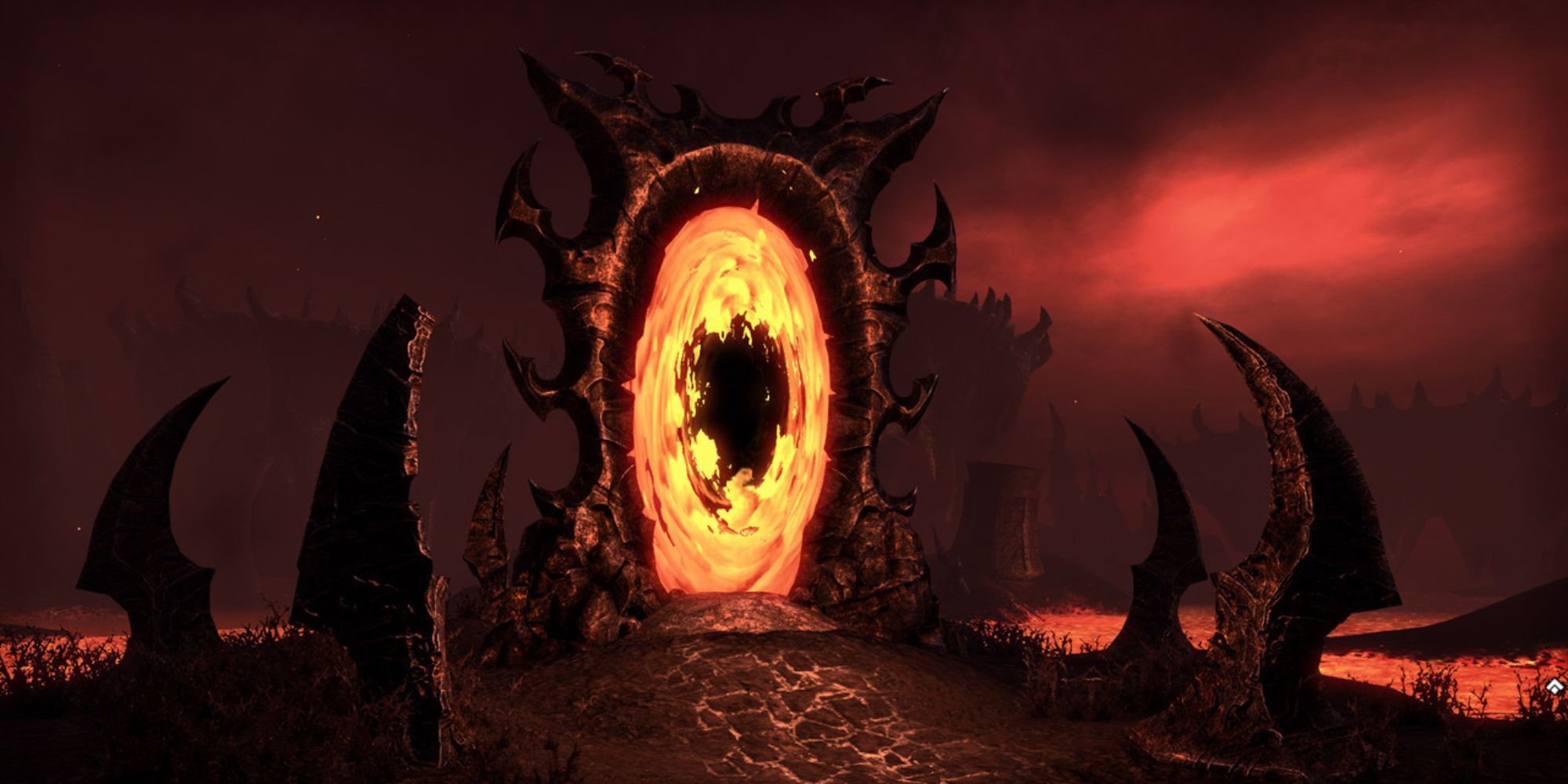 Something that Mankar Camoran says is that Nirn – or, more specifically, Tamriel, but that would mean Nirn by extension – is a realm of Oblivion This debated line, however, has a strange history. Many fans have taken it to mean that Camoran was slipping in his final moments, as he also says that Coldharbour belongs to Meridia when, as we know from The Elder Scrolls Online, is Molag Bal's realm.

Slipping is a headcanon, though—the dialogue in question wasn't meant to be in the final cut of the game. Bethesda was consulting with Morrowind writer Michael Kirkbride who was, in many ways, the series' loremaster before Oblivion, Skyrim, and ESO. The dialogue was sent in an internal email to define Camoran's character, not intended to be used in the game. Kirkbride was actually surprised to find that Bethesda had used it, meaning that it hadn't been proofread or double-checked.

But as for the claim itself, there's little ground for it. Mundus (the universe Nirn is in) came about due to the Aedra's sacrifice, the gods building the world very literally out of themselves. Meanwhile, Oblivion realms are an extension of a Daedric Prince's mind, existing only because they do. Mundus' gods sacrificed themselves to create the world and Mundus did not fall, whereas an Oblivion realm would collapse if a Daedric Prince did the same. 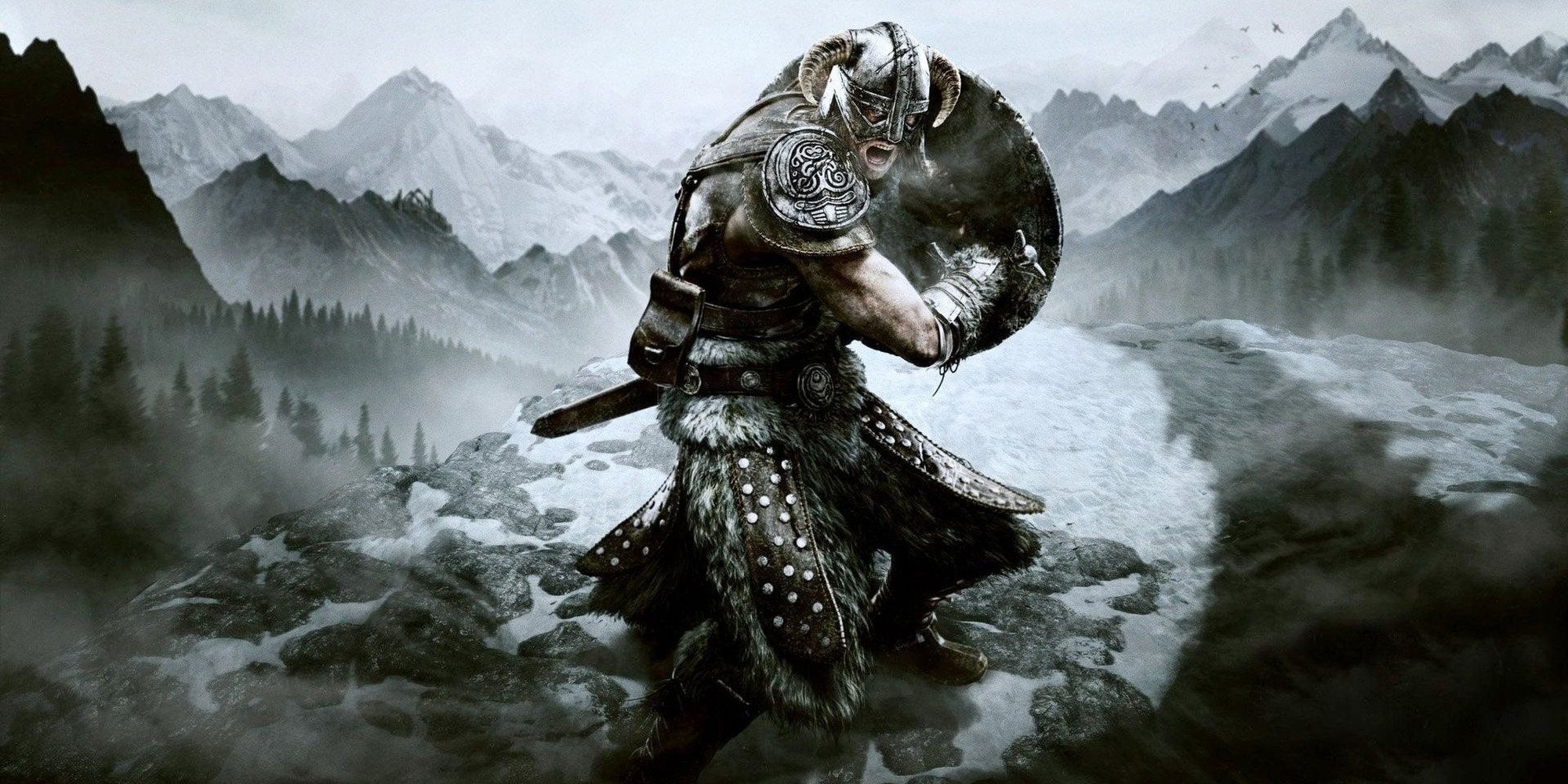 But there is also the method of Dracochrysalis, a vague concept we have very little information on. In essence, Altmer use elder magic to ascend into a cocoon that some speculate is a time cocoon, potentially blossoming into a dragon or Dragonborn.

It's a vague term that's not been explored much in The Elder Scrolls, but the theory goes that Camoran used Dracochrysalis after reshaping himself into an Altmer to then go a step further and become Dragonborn. Whatever the case, he can wear the amulet – seemingly pointing to yes, him being Dragonborn.