The Elder Scrolls is full of elves. You've got your High Elves, Wood Elves, Dark Elves, Snow Elves, Sea Elves. Lefthanded Elves. There are elves we haven't even named. And then there are the Orcs.

Orcs' classification as elves can be tough to embrace. As it happens, many denizens of Tamriel feel the same. But in The Elder Scrolls, every elven race's true name ends with the suffix "-mer", denoting a common tie. High Elves are Altmer, Wood Elves are Bosmer, and so on down the line. Orcs are Orsimer, and the legend of their creation is fittingly grim.

The Orcs have played a pivotal role in many events throughout Tamriel's rich history. Their unique culture adds a sense of intrigue to The Elder Scrolls that their brutish appearance doesn't necessarily suggest. Read on for an overview of the Orsimer's most significant moments. 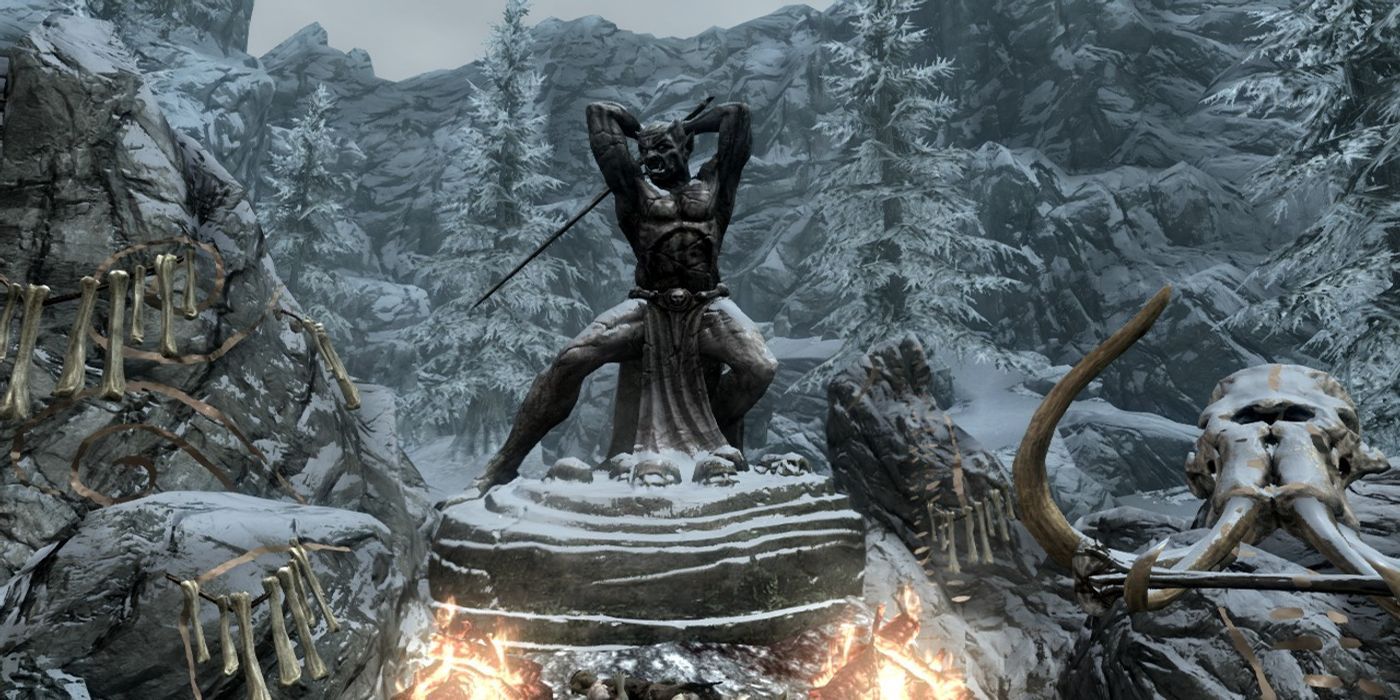 Most Orcish origin stories begin by mentioning a warrior-god named Trinimac. In the distant past, the Daedric Prince Boethiah is said to have convinced a mortal prophet named Veloth to lead a dissident movement built upon the belief that mortals could ascend to the status of godhood.

Such thoughts were farcical to the elven majority, and Trinimac stood firmly against Veloth's faithful. In response, Boethiah cursed a crestfallen Trinimac and all his followers by casting them into a plane of Oblivion called the Ashpit. In "blood and rage," Trinimac was reborn as Malacath, God of Curses, and his people were transformed into Orsimer.

At least, that's how the Orcs tell the tale. The Dunmer of Morrowind, descendants of Chimer who had followed Veloth in his great exodus, have a rather more grotesque version of it all. Not only is Boethiah's victory of Trinimac a fair and inevitable thing — the Orsimer maintain their creator would have won were it not for the intervention of a second Daedric Prince — but Dunmeri doctrine goes as far as to say that Boethiah devoured Trinimac. Disturbingly, Boethiah then excreted the defeated warrior-god, and that dung formed into Malacath. His true believers rubbed it all over themselves and became Orcs.

It should be readily apparent why the Orcs prefer the former story.

The First Era: Wulfharth And Wrothgar 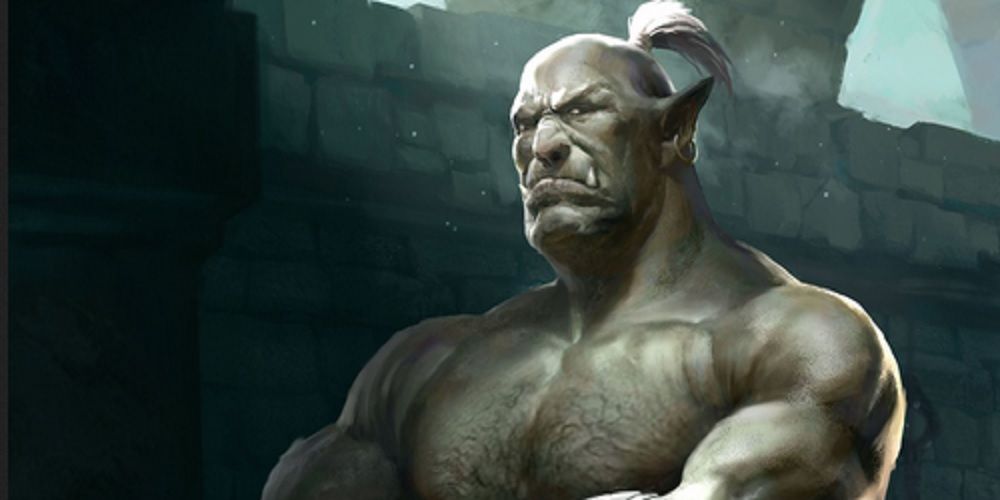 Early Orcish history is filled to the brim with persecution and ostracization. Their heroes in the earlier centuries of this age are generally remembered not for forging great kingdoms, but simply defending what little land their tribes could call their own. It was during this time period that Skyrim's High King Wulfharth made the radical decision to forge an alliance with them; their combined force, under his command, led an unsuccessful invasion of Morrowind during the Battle of Red Mountain.

The original Kingdom of Orsinium emerged as a direct result of geographical happenstance — several tribes, for a variety of reasons, had migrated to the Wrothgarian mountains within the province of High Rock. Their stone city held for a time, but desperation (and more than a little thirst for battle) compelled Orsinium's armies to launch repeated raids against their human neighbors. This cost the Orcs their favor with Malacath, who abandoned them to their plight when Orsinium was destroyed.

The Second Era: Alliances With Daggerfall 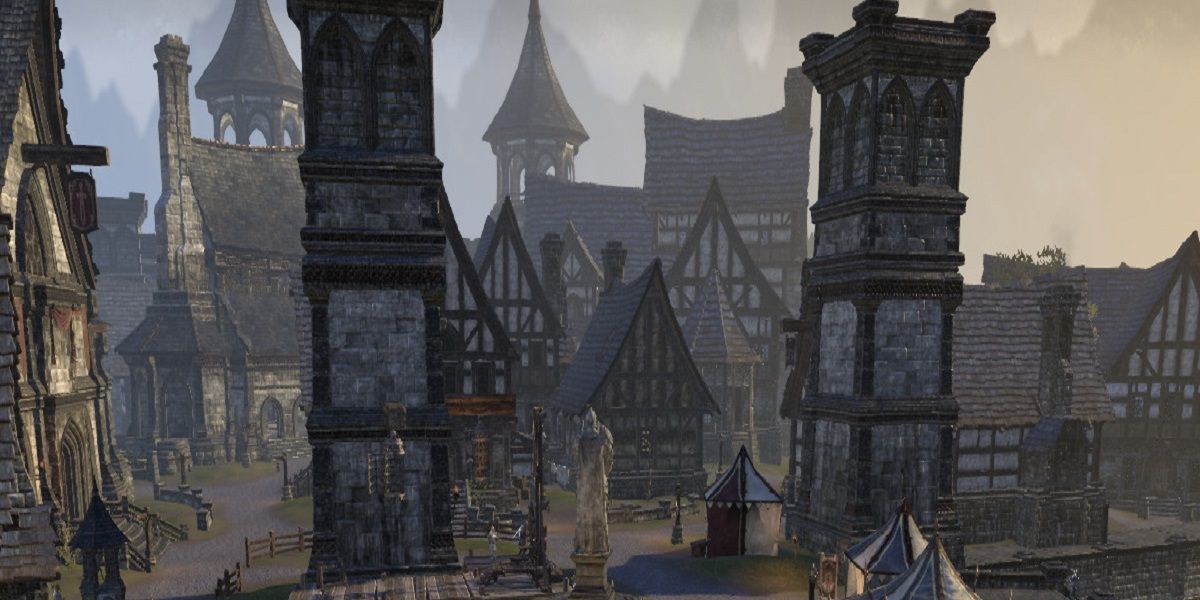 Hundreds of years later, Orsinium was reborn anew. This successor city even enjoyed a brief period of official recognition from the dominant power of the era, the Second Empire. But the Second Empire soon fell, leading to the five centuries of Tamriel-wide intellectual decline known as the Interregnum.

One of the plethora of political organizations to emerge during these tumultuous times was the Daggerfall Covenant. Orsinium aided their King Emeric in his war with King Ranser of Shornhelm. The rewards were bittersweet — Orcs enjoyed a period of heightened relations with the Bretons and their city was essentially legitimized again, but Ranser had hundreds of Orcs in the region of Rivenspire rounded up and slain as punishment for their allegiance to Emeric.

The Third Era: Nova Orsinium And The Numidium 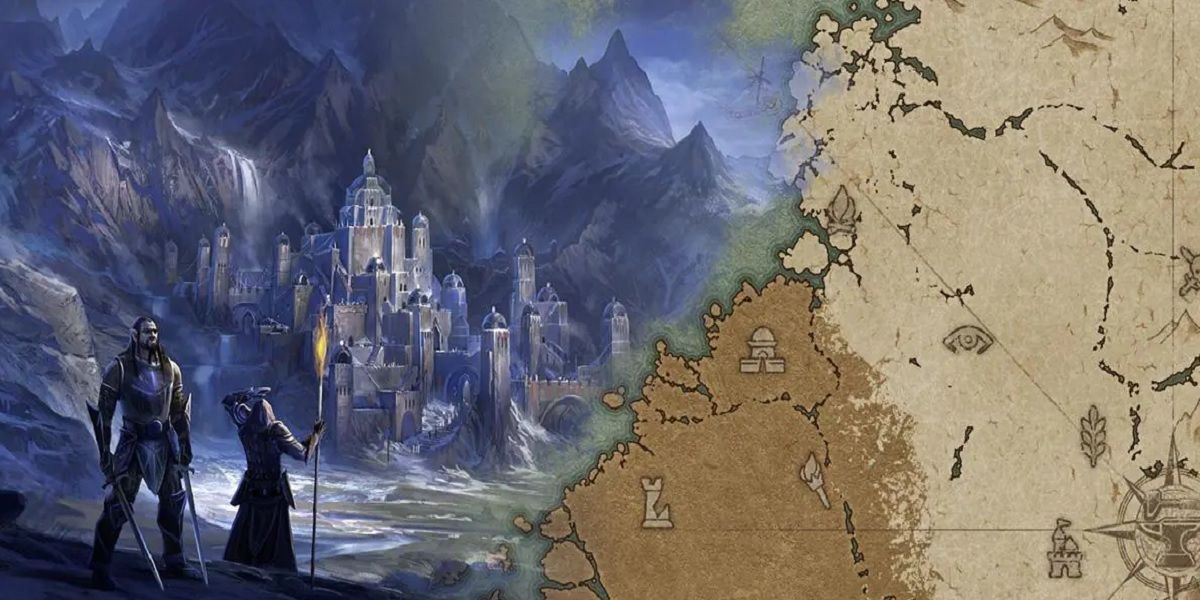 At some unknown point, Orsinium was again destroyed. Orsinium's next incarnation, commonly referenced as Nova Orsinium, came together in 3E 399. Importantly, this is the same year in which the original Elder Scrolls game, Arena, takes place.

Orcish warlord Gortwog gro-Nagorm gathered an army vast enough to convince the Third Empire's Emperor Uriel Septim VII — otherwise known as "that guy from the first four Elder Scrolls titles who was briefly voiced by Sir Patrick Stewart in Oblivion" — to officially recognize Nova Orsinium as equal in relevance to the other squabbling kingdoms of what was now known as the Iliac Bay region.

Decades later in 3E 417, the events of The Elder Scrolls 2: Daggerfall unfolded. Thanks to the awe-inspiring magic of the Numidium, a colossal Dwemer construct, a phenomenon called the Warp in the West occurred. The Numidium's capabilities defy all manner of reason, and there's no better example of this than the Warp.

Four warring provinces, including Orsinium, somehow managed to acquire the artifact simultaneously despite its obvious presence as a single mechanism. The weapon consolidated each of the four city-states into a powerful political entity, all of which swore loyalty to the emperor.

Orcish mercenaries and imperial soldiers are common sightings in both The Elder Scrolls 3: Morrowind and The Elder Scrolls 4: Oblivion. The games are set in 3E 427 and 3E 433, respectively; 433 is the Third Era's fateful final year. 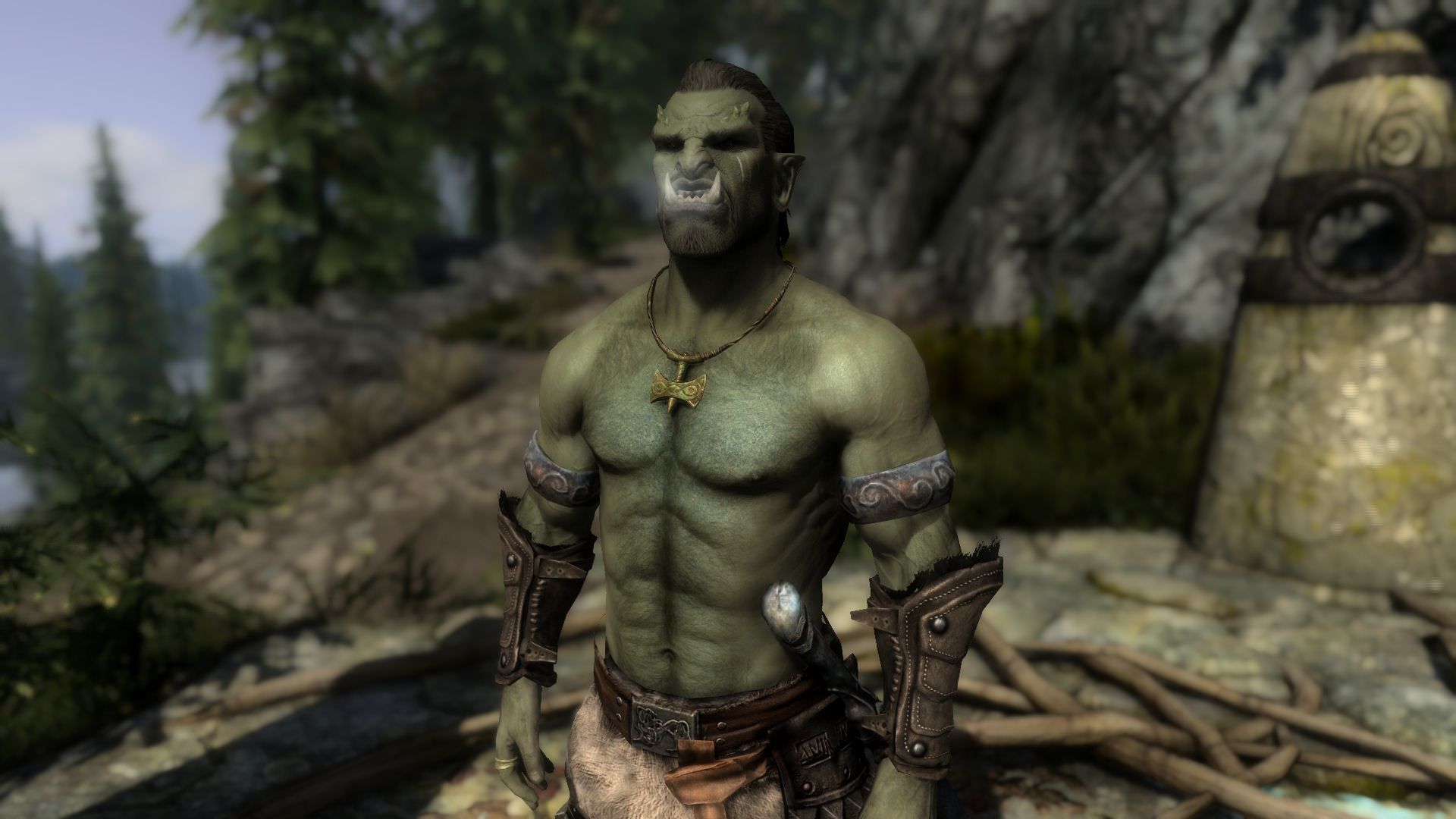 A full two centuries separate the end of the Third Era from The Elder Scrolls 5: Skyrim, which begins in 4E 201.

Poor Orsinium was at some point sacked once more, this time by a coalition of Bretons and Redguards. The Imperial Legion elected to side with the Orcs during the conflict, and while they were unable to prevent Orsinium's destruction, their efforts allowed thousands of Orcish refugees to relocate to other provinces.

It seems there's an Orsinium for every era, and indeed, the fourth iteration emerged in the mountains separating Skyrim from Hammerfell. Its people joined with the empire as a matter of course.

During the Great War between the Third Empire and the High Elves of the Aldmeri Dominion, Orcish troops served in the Imperial Legion in a variety of roles. Their natural strength was critical to many hard-earned wins, but the Third Empire was ultimately forced to sue for peace in order to avoid catastrophic defeat. It became clear that the halcyon days of the Septim Dynasty were but a faraway memory now.

Numerous Orcish tribes inhabit the remote corners of Tamriel's coldest realm in The Elder Scrolls 5: Skyrim. They follow the Code of Malacath, an ancient set of commandments that dictates their sense of honor and duty in all aspects of life.

Their commitment to the Code, which is said to have been spoken by Malacath himself on the very day of their creation, speaks well to the Orcs' long and storied history as ill-treated nomads who can eke out a modest living wherever the fates should conspire to send them.