Speedrunning made its earliest emergence even before the days of the NES, but it has grown considerably in popularity due to the rise of the internet and booming success of the video game industry. Those who seek the thrill and challenge of pitting themselves against the clock to complete a game as quickly as possible have created huge events like AGDQ to celebrate this favorite hobby.

As speedrunning has changed and evolved, one game series has stuck with it through thick and thin, being The Legend of Zelda. Going off of current Any% world records as of January 2020, which Zelda titles can be completed in under an hour, or even in mere minutes? 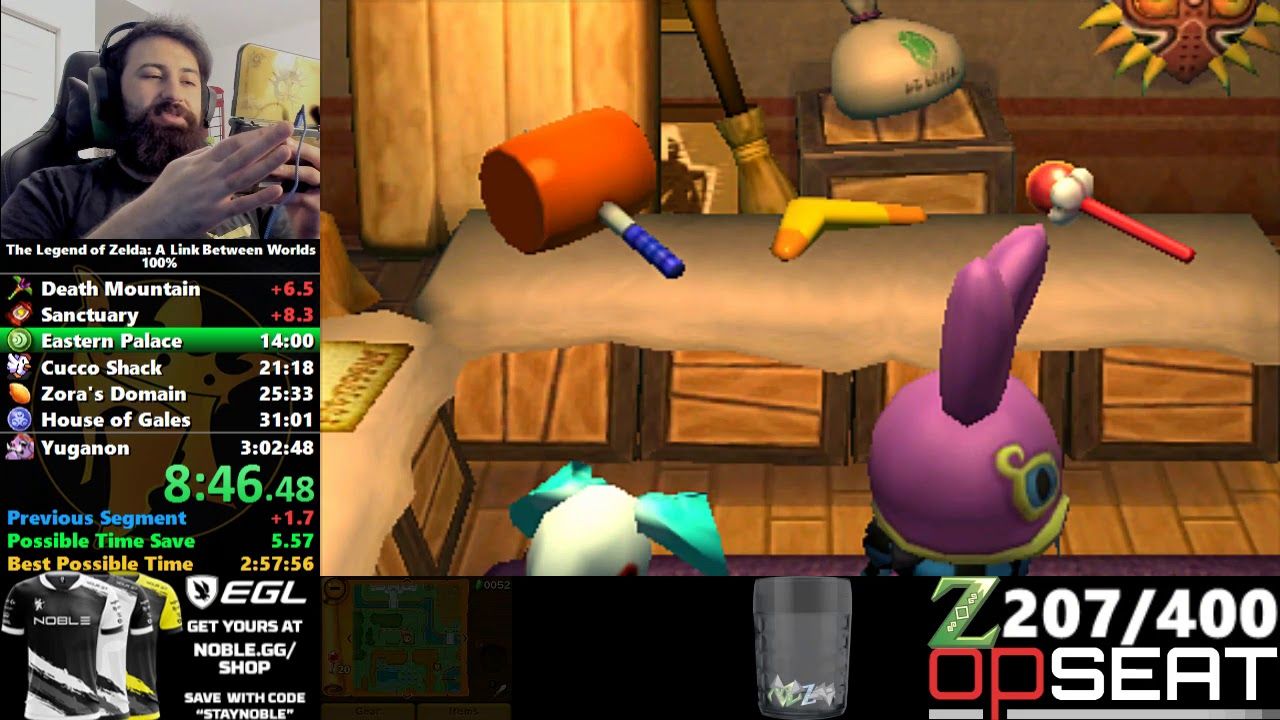 The speedruns within the Zelda series can be mostly split up into two categories, being glitch-heavy and non-glitch-heavy. Runs that rely on a heavy amount of glitches end up being significantly shorter, but at the cost of a higher learning curve and pure luck in some cases.

A Link Between Worlds’ completion time falls in the middle of the series, and it focuses more on sheer knowledge of how to traverse the game while using smaller glitches to get around certain obstacles. This is one of the more straightforward runs in the series, and its average time and fast pacing make it a fun game to spectate. 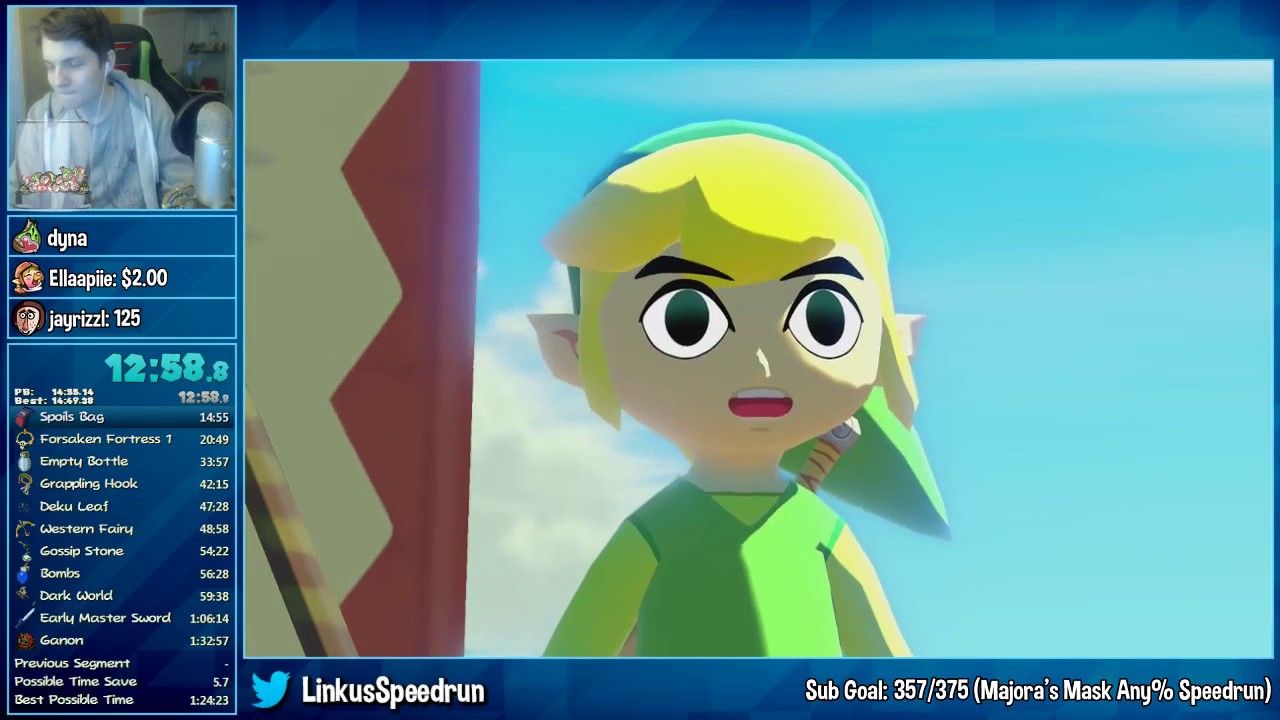 Wind Waker has plagued speedrunners for years, and only recently have they finally discovered the Holy Grail. In the original version, runners were determined to find a way around the barrier outside of Hyrule Castle. It just so happens to be virtually impossible within the game and wasn’t discovered until years later within the HD version.

Finding the aptly named “barrier skip” was so infamous, in fact, that a bounty was placed on it to give a hefty reward to whoever could bring it to light. In 2017, the glitch was finally uncovered, shaving off a significant portion of time from the speedrun. Although, even getting to the barrier itself is a huge challenge, with Wind Waker having some of the most complex and precise glitches in the entire series. 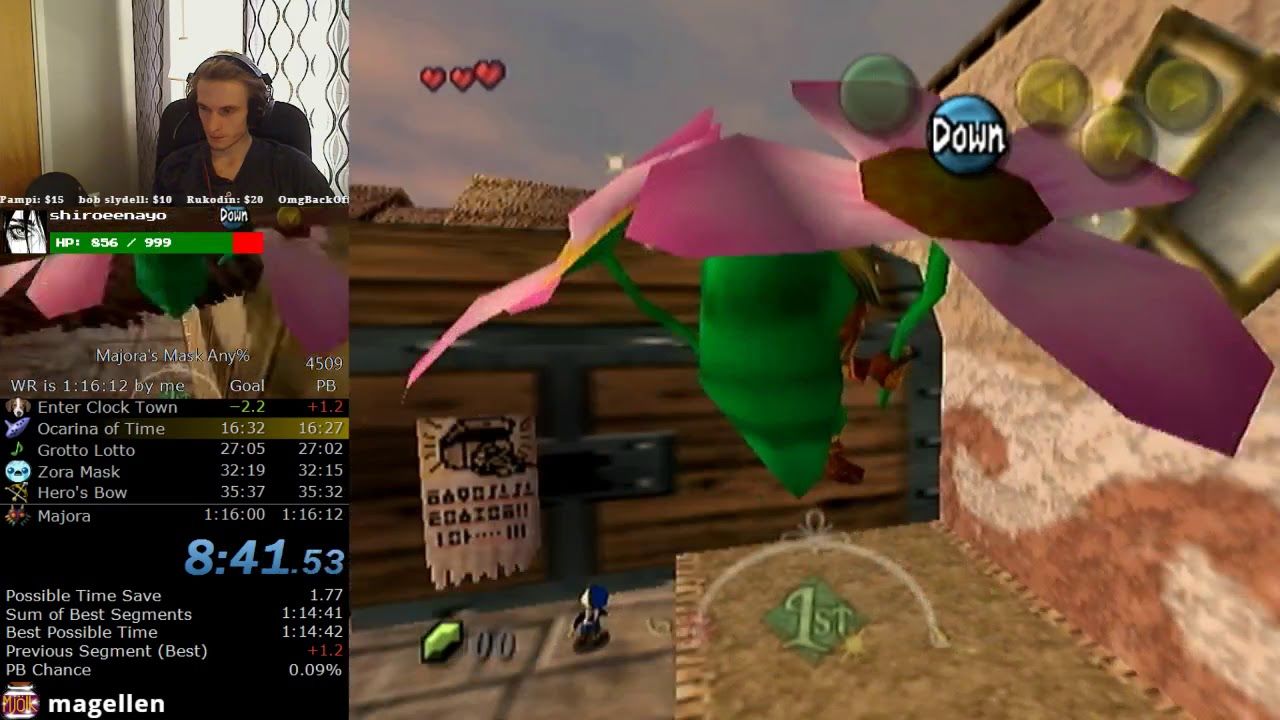 Bombs, bombs, and even more bombs. A lot of this run consists of blowing up poor Link in very specific ways to hover in the air and reach places that would otherwise be unreachable.

This is another extremely glitch-heavy run, using tons of wrong warps and wall clips to skip huge portions of the game. From Clock Town, the only other places you’ll be visiting are the Deku Palace and The Moon, but it takes lots of precise exploits to reach Majora and complete the game in under half an hour. 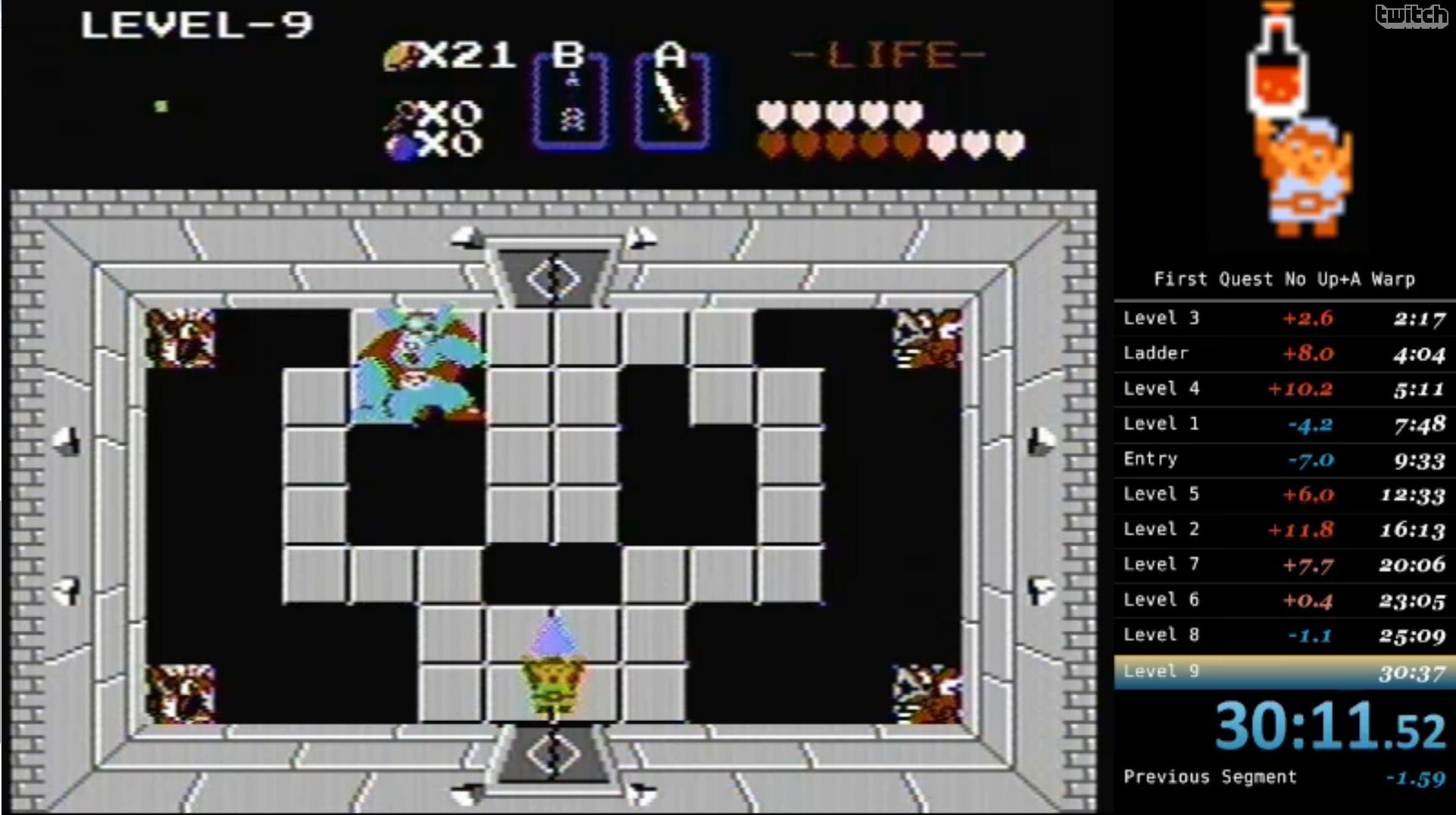 The original Legend of Zelda is an easier run to get into, as it lacks the usage of difficult glitches and exploits, and rather focuses on your skills as a player. You’ll be visiting different dungeons in a different order to obtain specific items you’ll need to progress quickly, all while dealing with the game’s infamously relentless enemies and attempting to not kick the bucket in a few hits.

There are also a lot of different categories to choose from, like getting rid of your most trusty tool in a swordless run, a randomizer to change up virtually every aspect of the game, or bracing the second quest’s different layouts and locations. 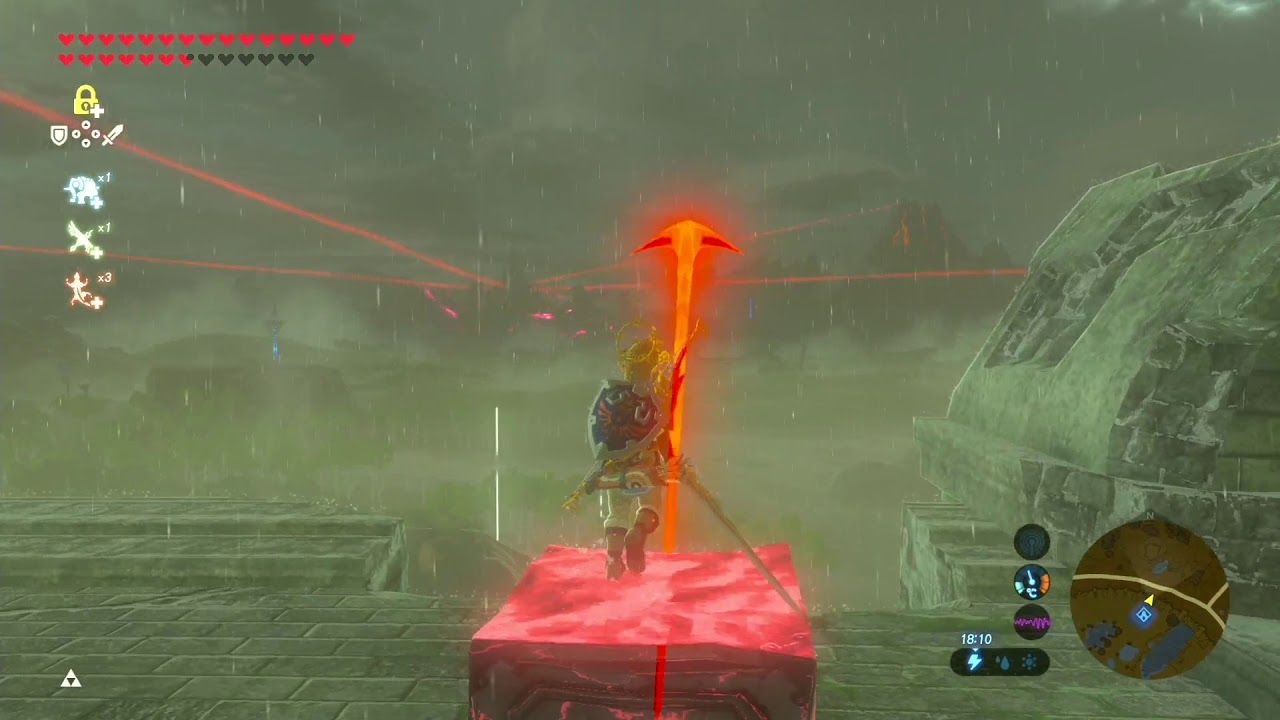 Looking at Breath of the Wild from the eyes of a speedrunner, it seems as if the game was made for it. After all, the open-world style of the game allows you to fight Ganon right after you leave the Great Plateau.

Leaving the Plateau itself is the biggest challenge within the run, and you’ll need to harness your Aerospace Engineering skills to turn a tree into a rocket, sending you to Hyrule Castle in a matter of seconds. The physics engine makes BOTW a very creative speedrun, and some skips and glitches may still be left uncovered. 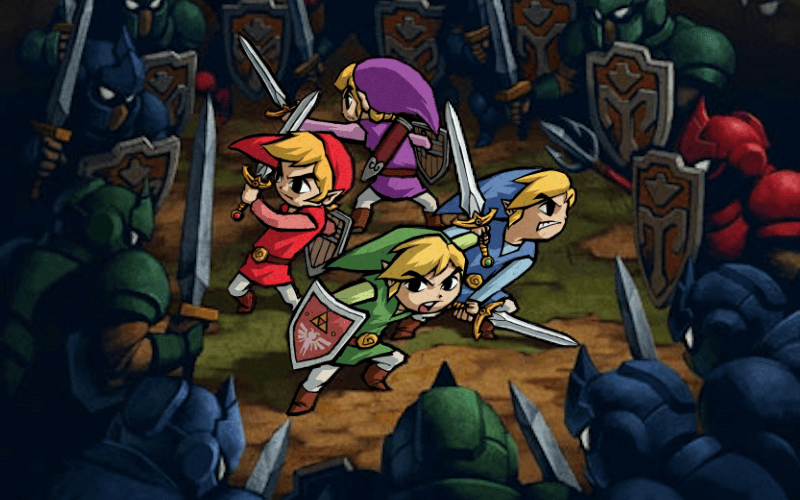 Similar to games like Portal 2, Four Swords is a cooperative speedrun where both players need to work together to achieve the same goal. This run lacks complicated skips, so it is purely determined on how fast the two players can work together and get through the four levels.

The game’s already shorter nature greatly helps it out in terms of speedrunning, and the relatively short run makes it easy for players to practice together without having to cooperate for hours on end. The current world record holders are Legrandgrand and Baffan, and watching them play with perfectly synchronized teamwork is something to behold. 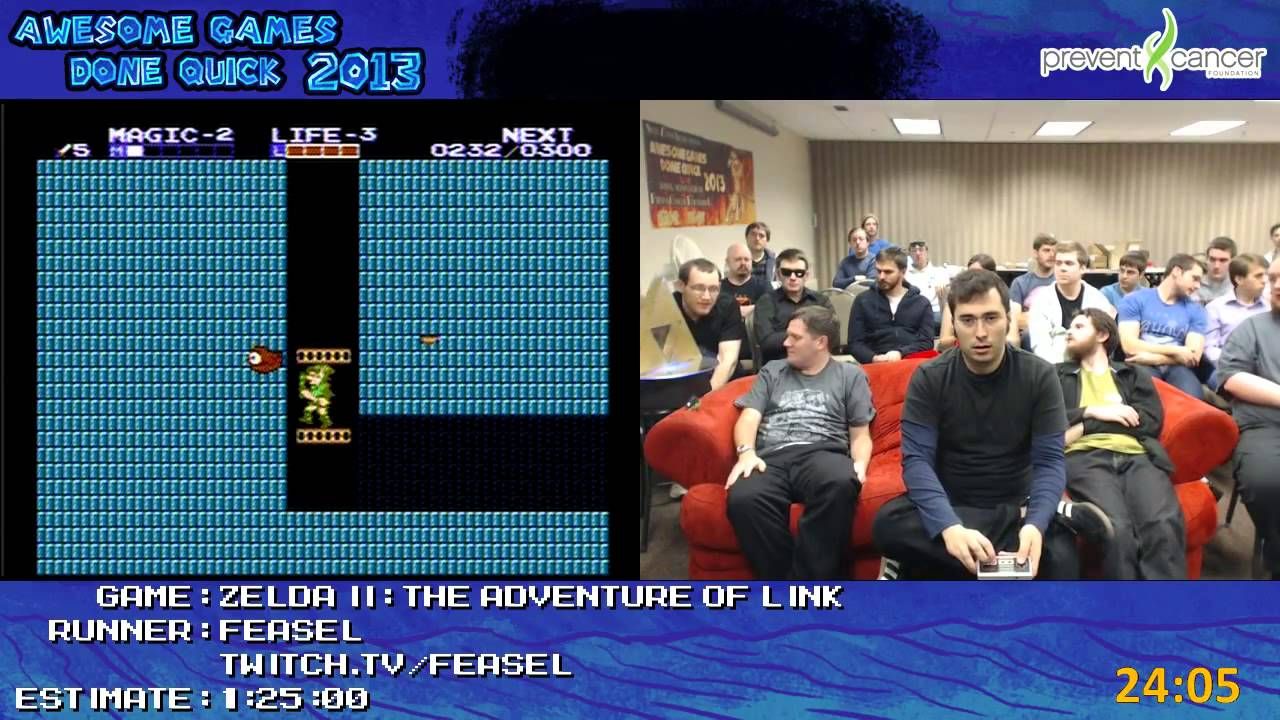 An already difficult game turns into an even more difficult speedrun. This is an extremely glitch-heavy run that makes frequent use of loading screen manipulations and phasing through walls to reach Dark Link in mere minutes.

From the beginning of the game, you’ll quickly warp across the overworld, completing fetch quests and ultimately end up at the final palace in about fifteen minutes. If you can keep up with the constant tile glitching and strange warps, the game can be completed in under twenty minutes. 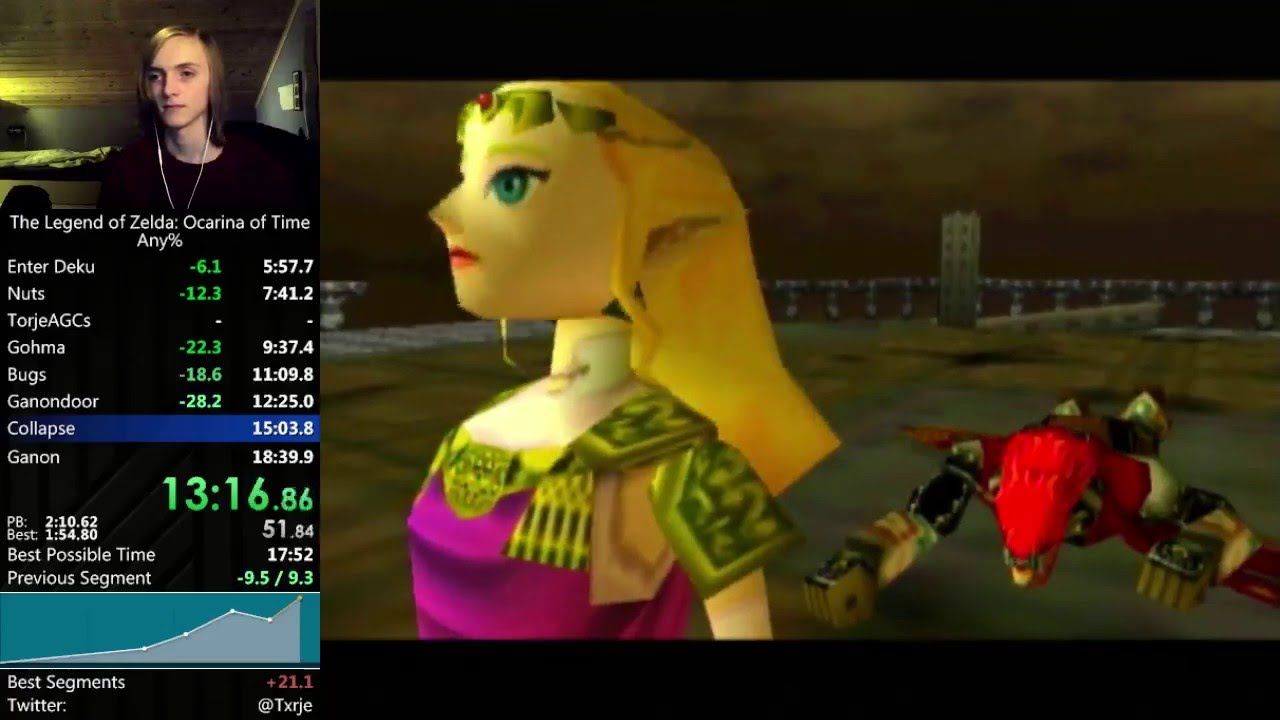 This N64 fan-favorite is quite the black sheep of Zelda speedruns, as most 3D games take closer to an hour to complete. Ocarina of Time has had a long and arduous speedrunning history, with a plethora of complex and precise glitches being implemented to go from the Deku Tree to Ganon’s Tower in an instant.

You’ll be using the Ocarina to escape cutscenes, altering the game’s code with a bottle of bugs and some backflips, and using a door to skip upwards of 20 hours of gameplay. You know, the simple stuff. This is one of the most difficult runs in the entire series, as one tiny mess up means that precious time is lost. 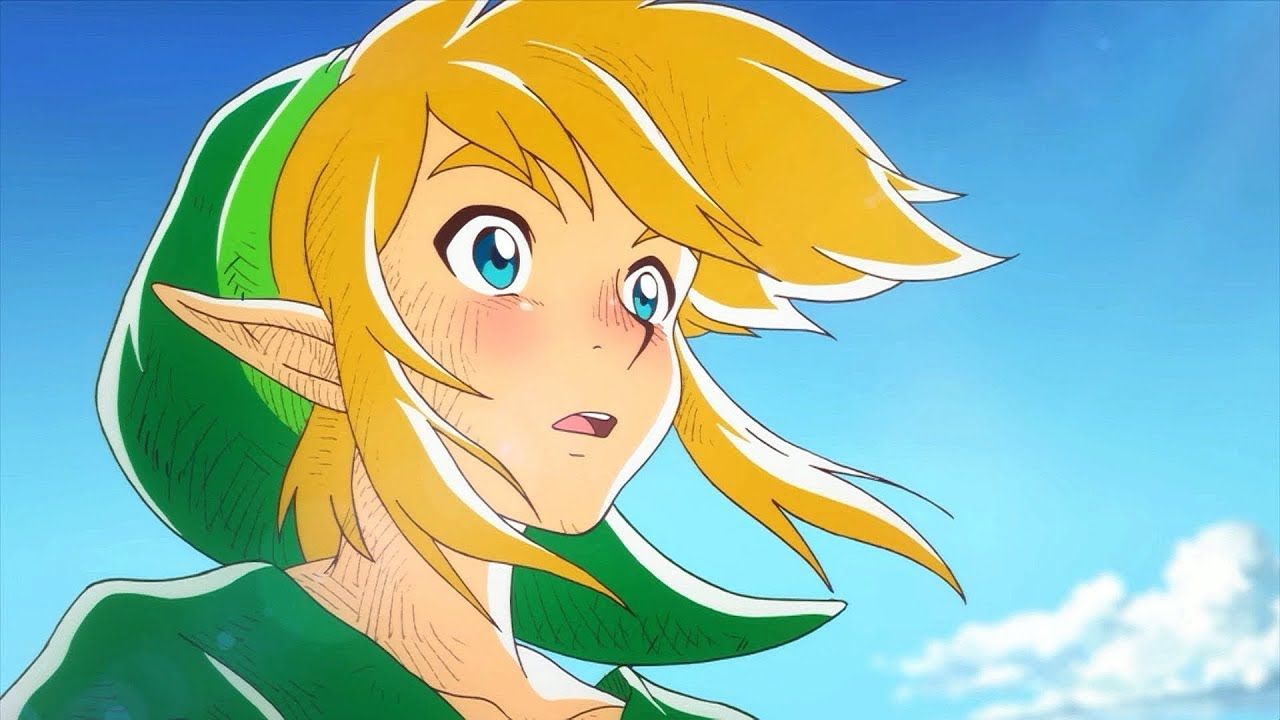 While most on this list fall at around the twenty-minute mark, Link’s Awakening DX nearly cuts that time into a fourth for an extremely short, albeit complicated speedrun. In this run, Link becomes a master of space and time, using a glitch to warp from the dog house to an alternate dimension that consists of random tile placements, nonsensical loading screens, and a lot of corrupted, demonic enemies.

Looking at it for the first time makes absolutely no sense whatsoever, and it requires a lot of knowledge about how the game functions to successfully traverse the hellish dimension. After a few minutes of some wonky stuff, you’ll be instantly transported to the end of the game similarly to Ocarina of Time. Easy, right? 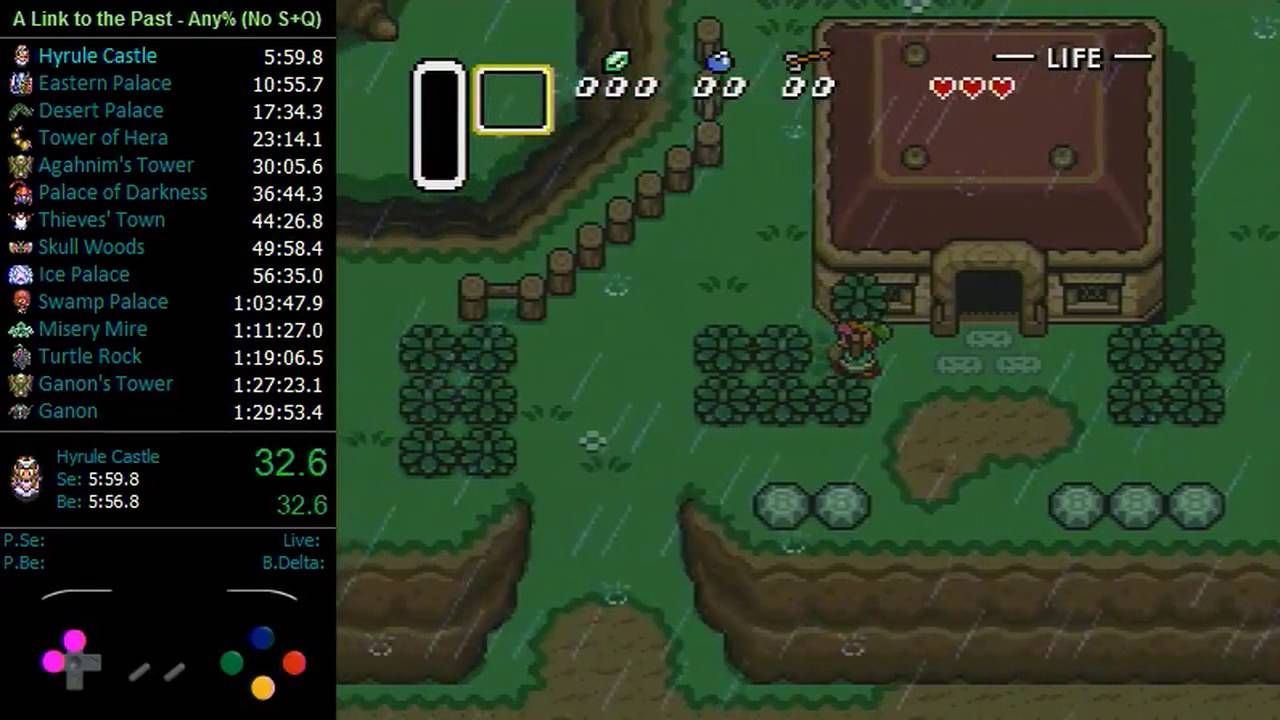 A strong theory arising from this sub-two-minute speedrun goes as follows- After so many years of constant speedrunning, Link eventually gave up and just decided to completely ignore any laws of physics whatsoever, manipulating the game’s code so much as to instantly warp from his house to the end of the game.

Watching this minuscule run is mind-boggling, having Link somehow gain full control of the world around him to instantly teleport and manipulate existing maps to warp wherever he so pleases, showing that speedrunners really are the magicians of the gaming world.

How To Get Both Solgaleo And Lunala In Pokémon Sword & Shield