It's getting harder to come up with new ways to depict turn-based battles, but The Outbound Ghost is making an effort. As a cute little ghost suffering from amnesia, you embark on a quest to discover what happened to you as well as everyone else. Though you'll meet plenty of friendly ghosts, you'll also meet a lot of hostile apparitions.

While you explore the world living your best afterlife, you'll need to fight and work to understand the different parts of your personality. This along with other elements will help you last longer, and there are certain things to keep in mind going into this adventure. 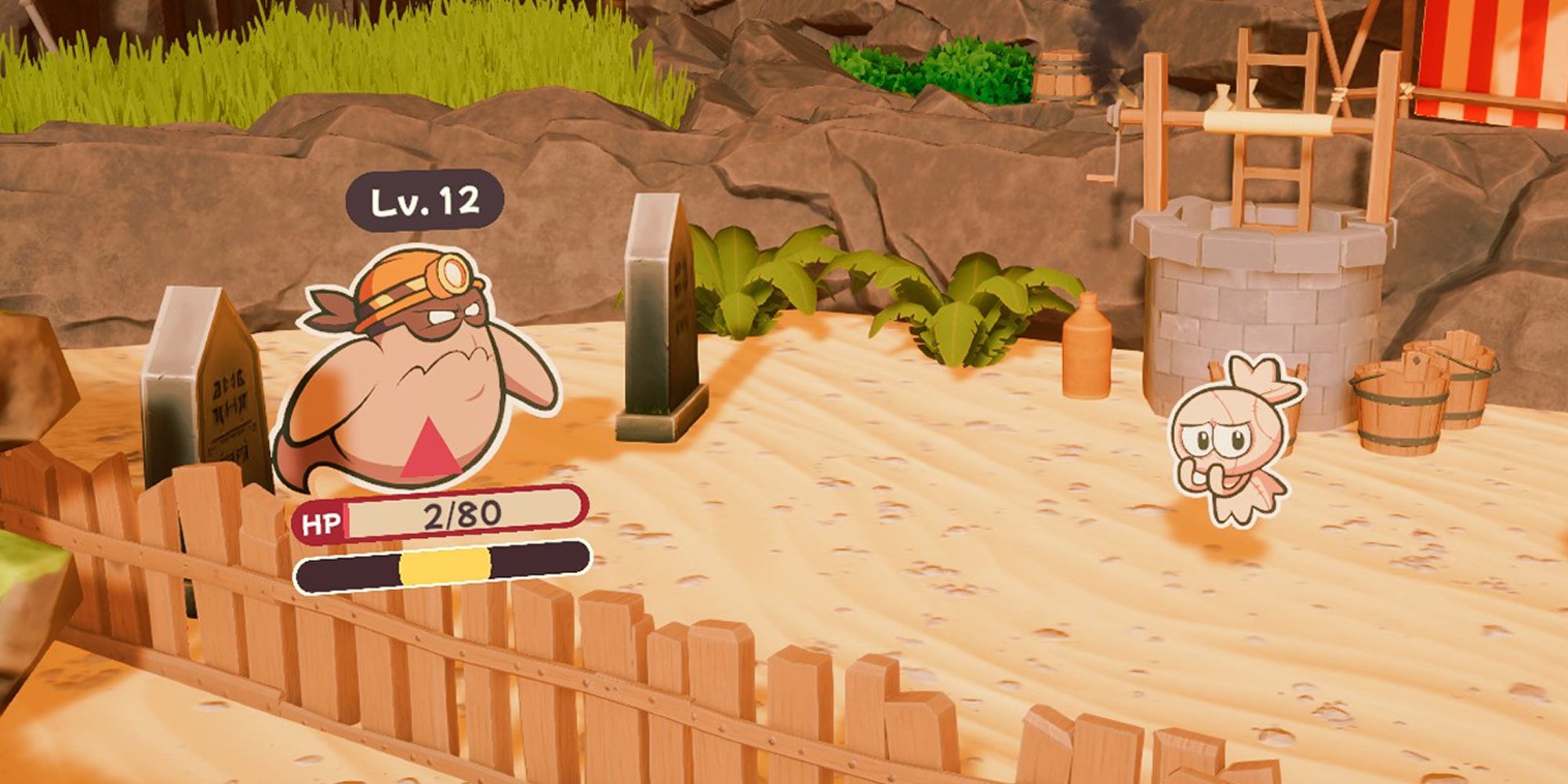 As a ghost, you have no physical form, so you need to depend on mental and emotional strength to keep you safe. Although these parts of your character can become powerful, the apparitions themselves are also quite a threat. Enemies have fairly good detection, being able to track you within a few steps.

The good news is that there are plenty of bushes to hide and lost them in. Take every chance you can to lure enemies to the bushes then dash into them for a Surprise Attack. This gives you a starting advantage which will prove more useful as you progress. 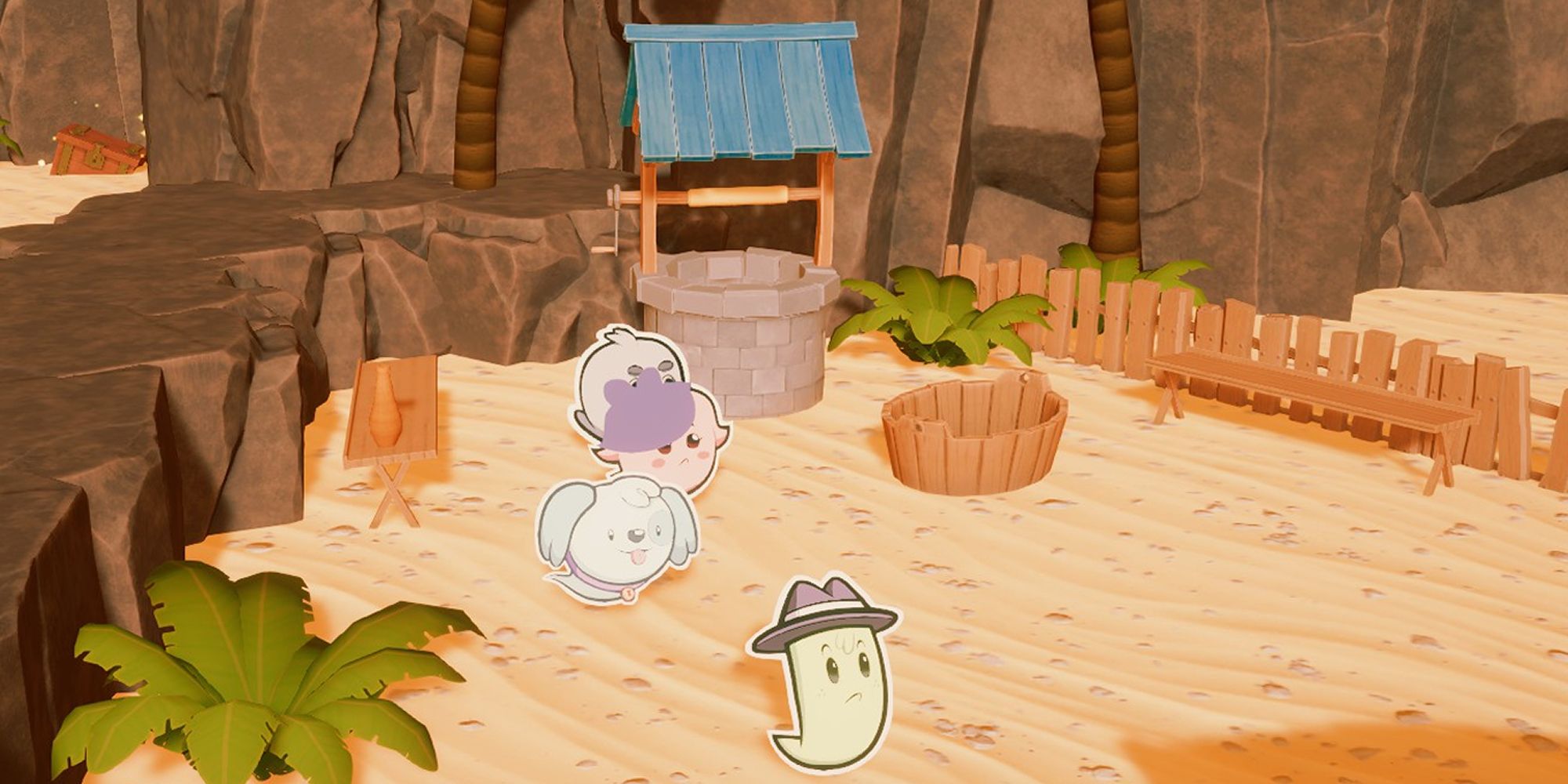 Being dead doesn't dull your curiosity, and it certainly hasn't stopped you from exploring the world in which you find yourself. There is all a matter of environments, beings, and items to be found.

Collectibles have a very tell-tale sparkle that can be seen from quite the distance as do chests, but others are more well-hidden… literally.

There are a surprising number of wells in the overworld, but those with ladders can be entered. They're worthwhile since they can hide new items and new characters. 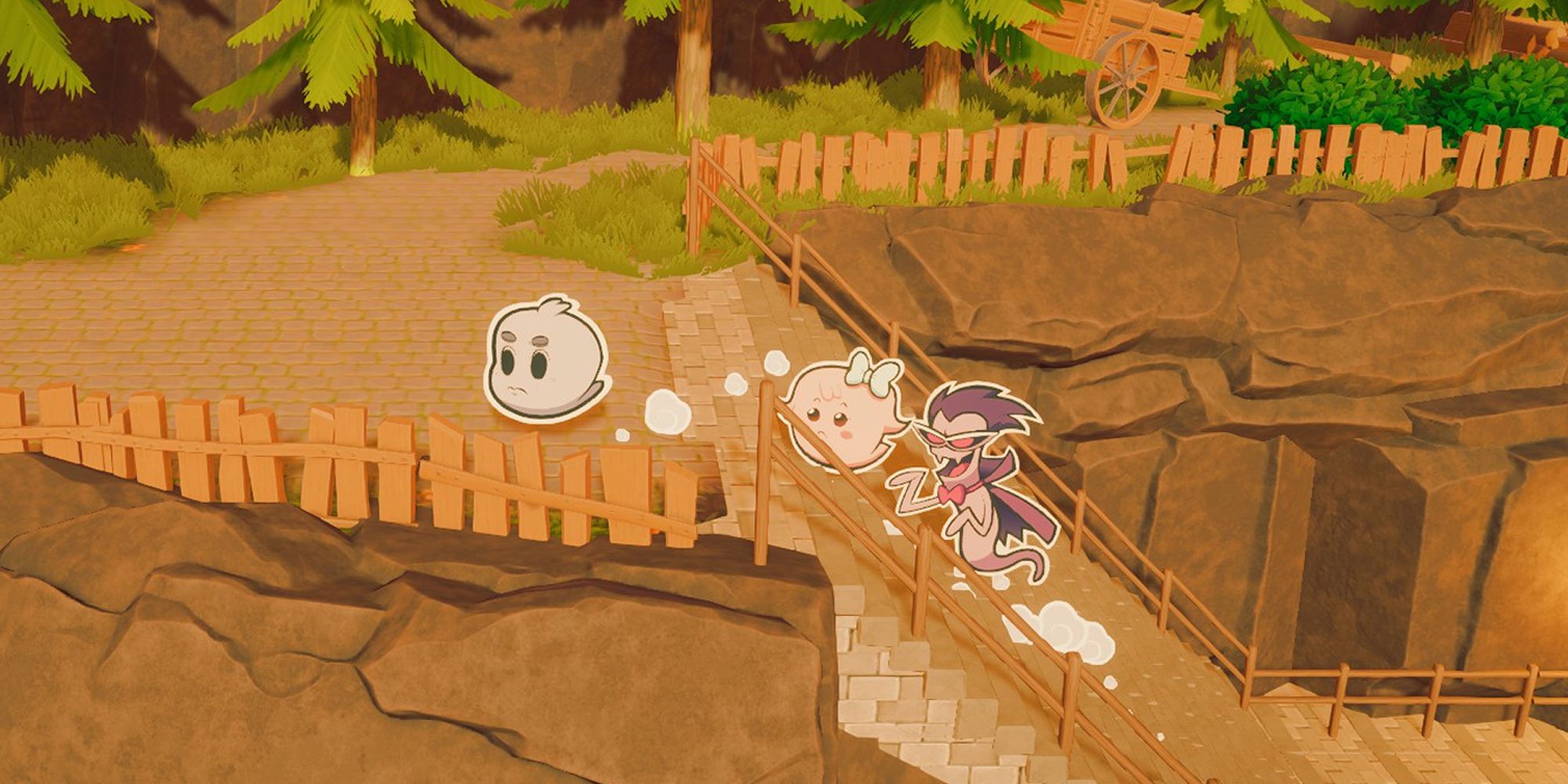 Where would a turn-based RPG be without status ailments? Well, it would be much less challenging, but The Outbound Ghost isn't playing around. As you fight through enemies, you'll encounter many that can lower your stats or use devastating attacks. One to definitely watch out for is any that can inflict Poison.

Rather than the tradition of hitting you once and draining health every turn, this Poison stacks. This means that poisonous enemies can hit you with multiple stacks of Poison that will quickly eat through your health if you aren't careful. 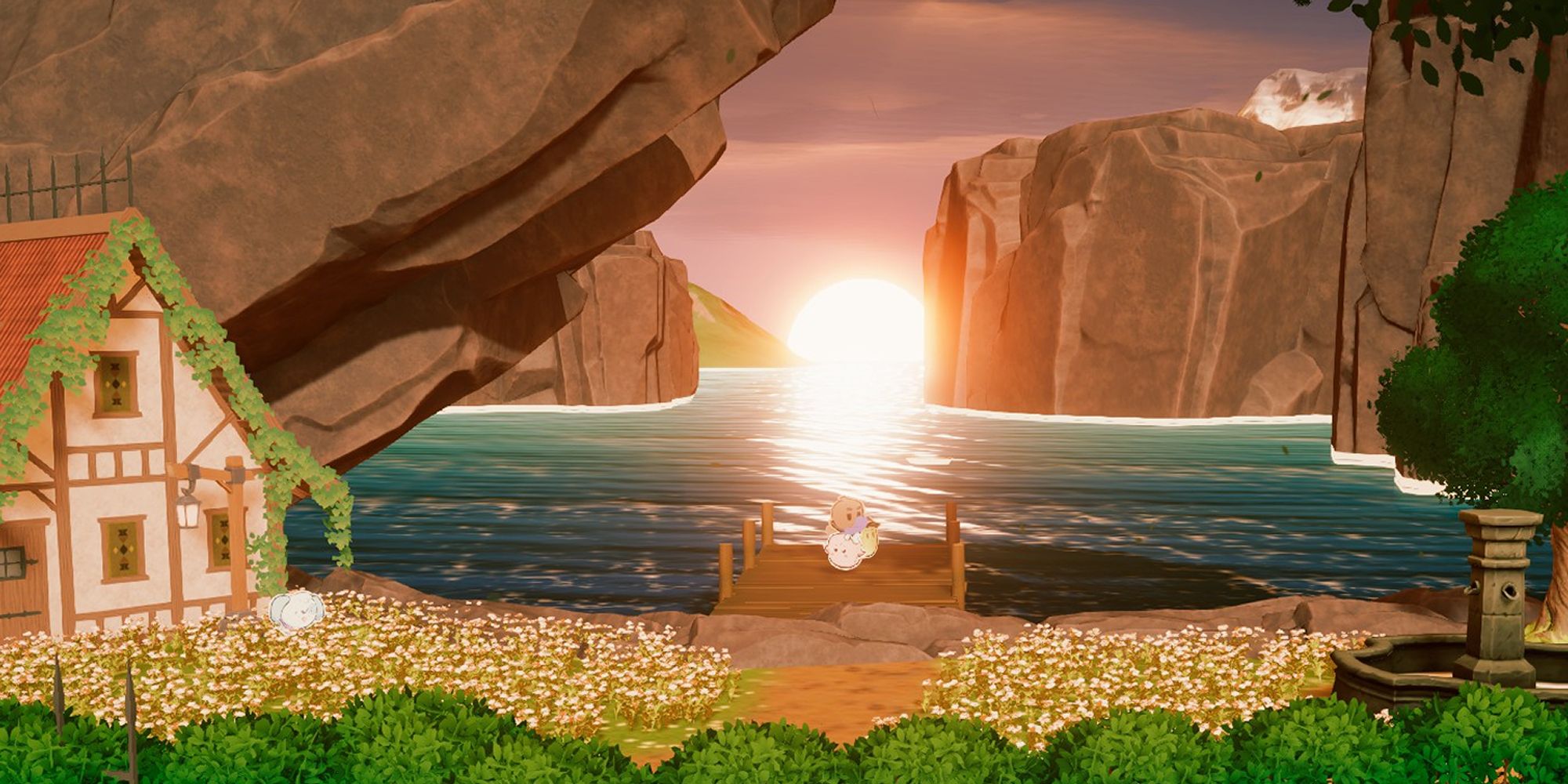 Turn-based games have a tendency to include a command that is almost exclusively used for strategic purposes. In The Outbound Ghost, this is the Aether Up command. Some of your Figments will have this ability that allows them to conserve a point of energy for their next turn.

Doing so also activates a guard which noticeably reduces incoming damage. This is an action you should use freely, especially at the start of a battle against new enemies. This will allow you to feel them out and then launch a strong counterattack.

Have A Range Of Aspects 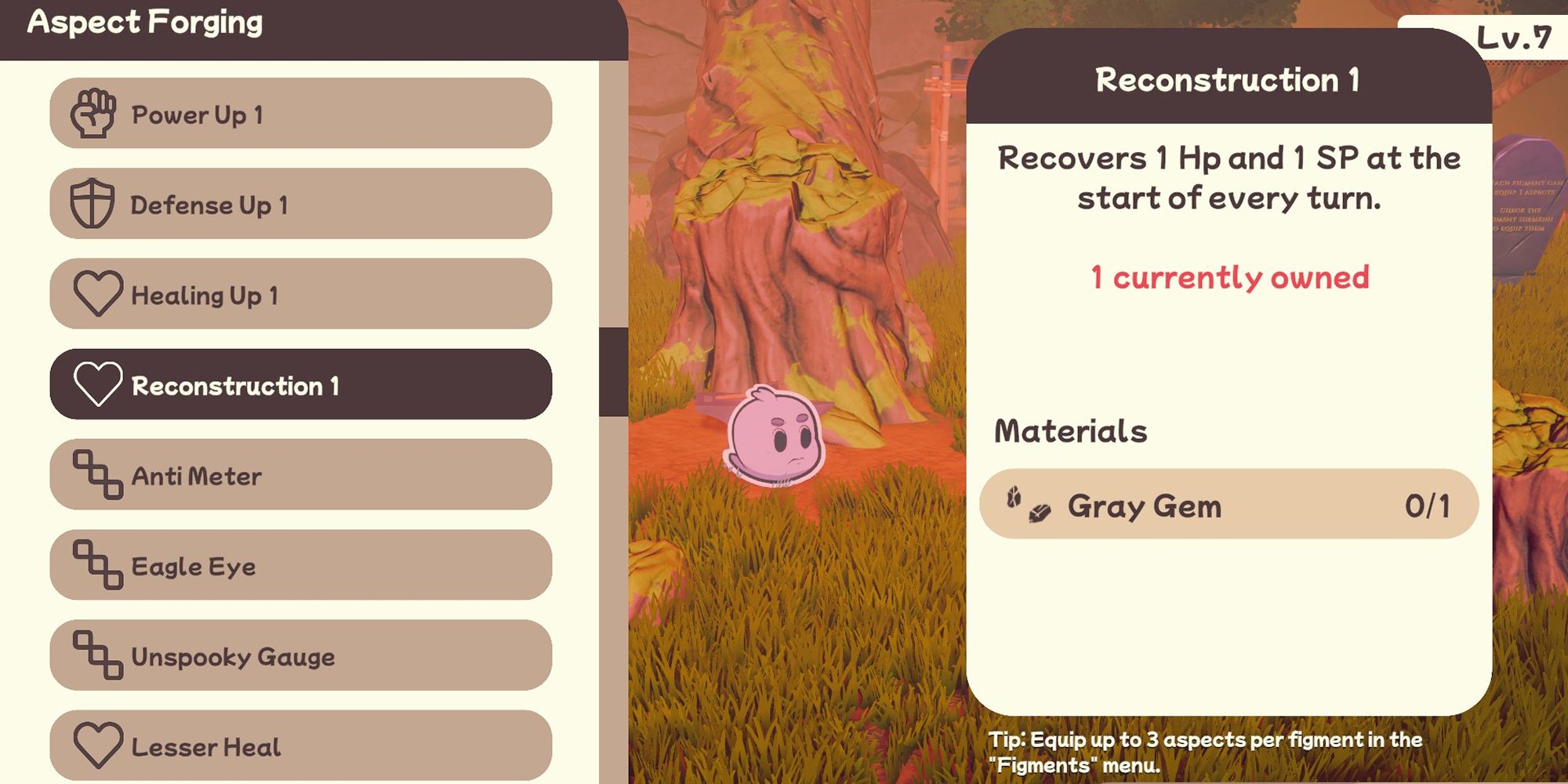 Since you're a ghost now, you don't really have a use for traditional physical items. Most of the objects you collect will be some sort of intangible concept or a very simple object. While separately these items may hold no value, combining them will let you craft Aspects.

These are elements that you can equip your Figments to improve their stats or alter their behaviors in different ways. The more Figments you have, the more Aspects you'll need, so make sure you have a wide range of them and can craft them frequently.