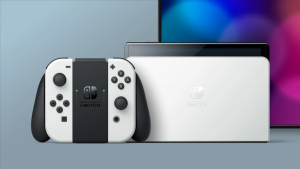 The Nintendo Switch OLED Edition is a solid upgrade to one of the most popular and successful consoles of all time. The obvious benefits are the larger, sharper screen in handheld mode. But the device also feels more premium thanks to minor refinements to the manufacturing process. I’m glad that I preordered one. This is how I want to play Nintendo Switch games going forward.

But as much as I like the Switch OLED, Nintendo probably likes it even more. While fans were begging for a Switch with upgraded internal hardware, Nintendo went with something that is much easier and cheaper to produce that it could also sell for $350 instead of the original Switch’s $300. And that price is key.

At its core, this is the same Switch that Nintendo has sold us since 2017. It has the same Nvidia Tegra X1 processor (although that moved to a new, more efficient process in 2019). It also uses the same, often problematic Joy-con gamepads. Nintendo did make some nips and tucks to the formfactor, but what’s really new here is that larger OLED screen. Not coincidentally, the cost of OLED screens has plummeted in the last several years.

And while we shouldn’t dismiss the screen — it really is better — the OLED model is a better illustration of Nintendo’s business savvy than its prowess as a hardware company.

The Switch has outsold all other console platforms in the United States for the last two years. With the OLED, Nintendo is stoking and capitalizing on that demand. A new hardware model will get hardcore fans to show up to buy the system for the second (or more) time. That should keep the Switch’s sales high throughout the holidays.

But more importantly — Nintendo pulled off a price increase.

Thank you for letting us pay you more money, Nintendo

Sony and Microsoft are both selling every single PlayStation 5 and Xbox Series X that they can produce. That is creating a market for scalpers and arbitrage sellers to profit by selling those systems for a higher price. And while people are willing to pay more for consoles, that extra money is not going to Sony and Microsoft.

Nintendo, however, is now getting that extra cash. The company recognized that, with inflation and high demand for gaming products, it could likely get away with raising the price of the Switch. All it needed to do that is a basic system refresh. And that’s exactly what it delivered in the Switch OLED. By reusing most of the same, low-price components of the Switch, and adding a buzzwordy feature like an OLED screen (also a low-price component), Nintendo is likely able to pad its profit margin.

Nintendo has not told investors that it is expecting a higher profit margin due to the OLED. But that is something it will probably save for a future earnings report.

And as Nintendo pulls off this price-hike maneuver, the conversation among gamers on social media is not lingering on “greedy” Nintendo. People seem impressed with the OLED and Metroid Dread, which launched alongside it.

Sony and Microsoft, meanwhile, are likely kicking themselves for pricing their hardware so low.