Killer7 is one of those games that nimbly evades any kind of traditional classification. Trying to pin a genre on it is futile. It's beyond genre. There's first-person shooting, third-person exploration, and Resident Evil-style puzzles, but it combines these familiar elements in a way that is both baffling and bewitching. Fans of similarly offbeat new-wave band Devo often describe the genre of their music as, simply, 'Devo', and that's the best way to categorise Killer7. What kind of game is it? It's a Killer7 game, and there's nothing else like it.

Developed by Grasshopper Manufacture, Killer7 launched on PS2 and GameCube in the summer of 2005. The game's director, writer, and leading creative force was Goichi 'Suda51' Suda, with help from Resident Evil creator Shinji Mikami. These two brains collided to create a fiercely original, wildly creative, and deeply original arthouse game that I'm amazed Capcom agreed to bankroll. The publisher gave Grasshopper a remarkable, unprecedented amount of artistic leeway, and the game flies in the face of convention at every opportunity. 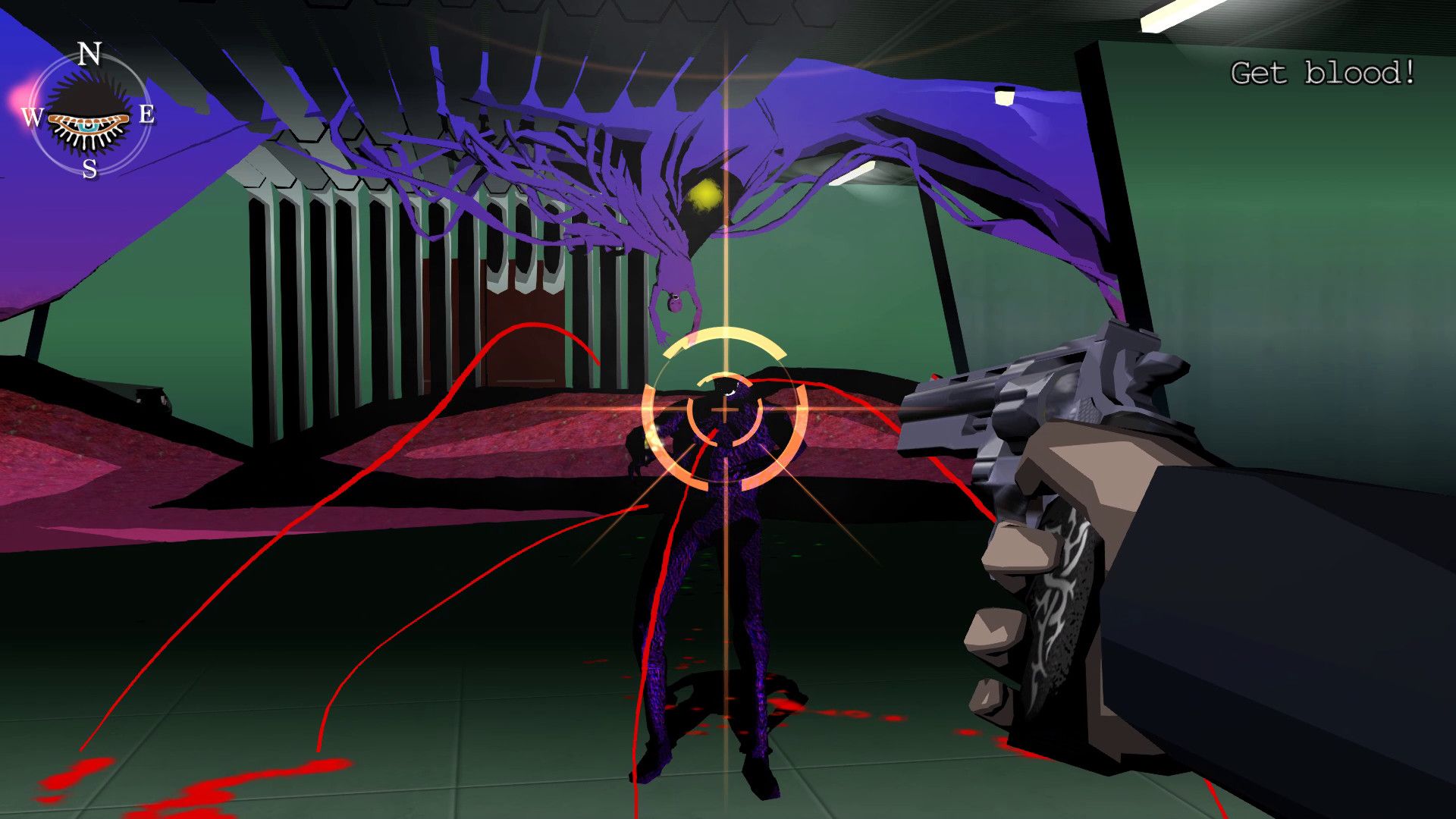 The story is abstract and dreamlike, frequently skewing off into bewildering tangents. The basic gist is that you play as Harman Smith, an elderly man in a wheelchair with who can physically manifest seven split personalities. Dan Smith is a violent ex-cop with a Dirty Harry-style revolver; Mask de Smith is a dual grenade launcher-toting Mexican wrestler; Kaede Smith wields a scoped pistol and can reveal secrets by cutting herself and bleeding on them; Coyote Smith is a lock-picking thief with a sluggish but powerful custom gun.

​​​​​​​These are just a few of the characters you get to control, and you can switch between them freely as you progress through the game's increasingly bizarre, labyrinthine levels. One of the strangest (and, for many, most off-putting) things about Killer7 is that there's no freedom of movement. All you do is hold a button to walk forwards, hitting another to turn around. You don't even get to choose what you look at: everything is viewed through fixed cameras. It's a hell of a creative decision, and does admittedly take some getting used to.

Then you hear the eerie cackle of a Heaven Smile, Killer7's enemies, whose faces are locked in a permanent, disturbing rictus grin. The game shifts to a first-person perspective and becomes a shooter. The Smiles shamble towards you, and if they get too close they explode, making accuracy a priority. Beneath the vivid art, disquieting enemy designs, and unsettling audio design lies a pretty basic shooter. As a game, Killer7 doesn't have much going for it—but it makes up for its shortcomings with pure style. You can't take your eyes off it. 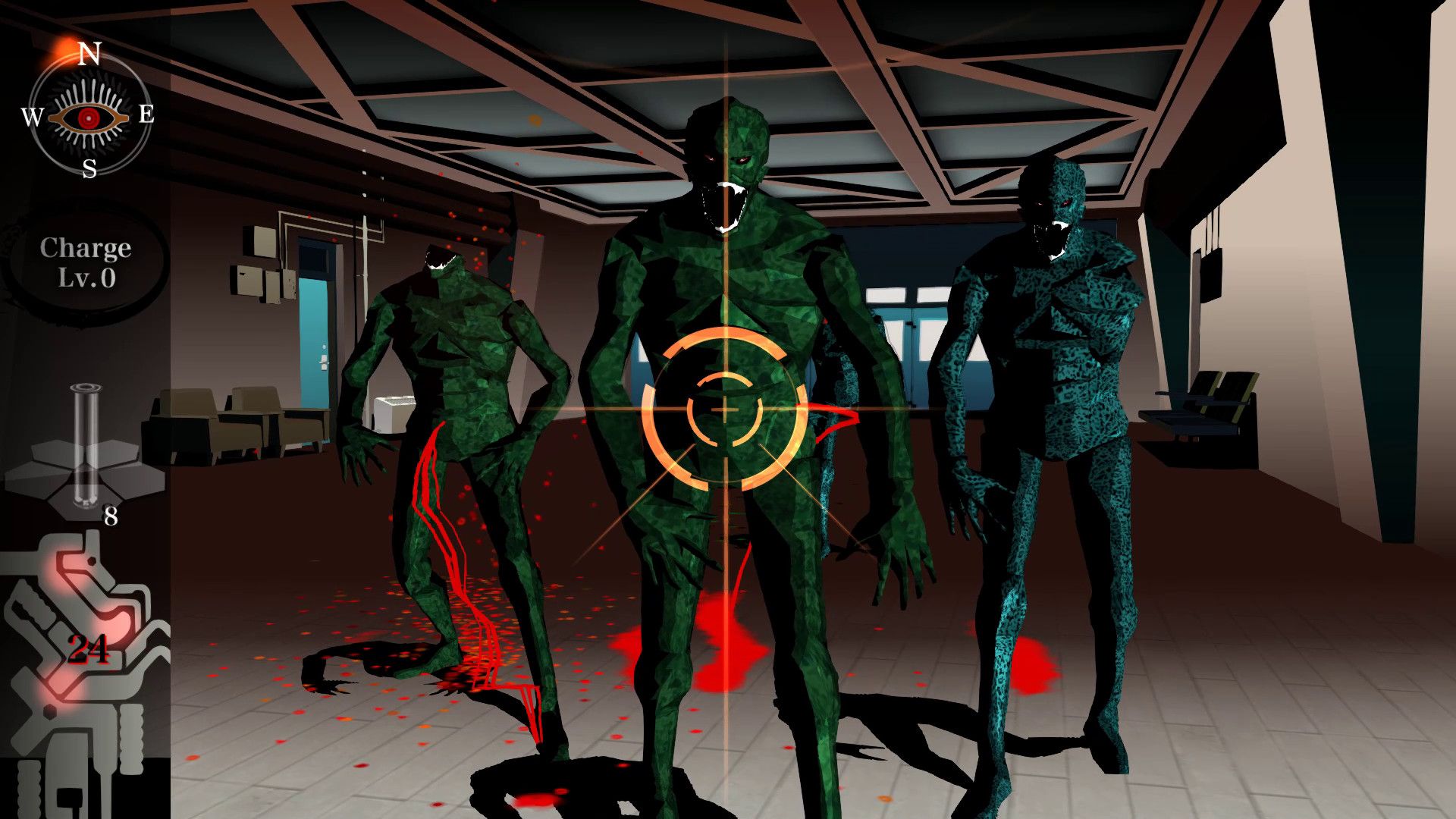 Smiths lyrics splattered on a wall in blood. A talking corpse wearing a tanktop with the words BAD GIRL printed on it. A luchador stopping a bullet in mid-air by headbutting it. An anime schoolgirl with an assault rifle. A severed head in a washing machine. These are just a few of the surreal images thrown at you in Killer7. Despite the limited gameplay, it's a game of impressive and constantly surprising variety. You never know what kind of psychedelic nightmare it's going to drag you through next, or what oddballs you'll meet there.

Think of the weirdest game you've ever played. Killer7 is weirder. It's the kind of thing you expect to see from a particularly avant garde indie developer—not a major publisher like Capcom. It's a doubly brave release when you consider the shape of the gaming landscape in 2005, where titles as provocative as this were pretty much unheard of. There's a big chance you'll bounce off it. Many have. I did the first few times. But give yourself to its peculiar rhythm, and lose yourself in its twisted story, and it'll leave you grinning like a Heaven Smile.