While The Witcher 3: Wild Hunt is known for containing a multitude of well-written, surprising, intricate, emotional, dramatic, prejudice overturning, romantic, scary, spooky, and exciting quests, it did mean some quests had to be dropped and left on the cutting-room floor as it were. But one mod restores cut content from the game and it's an egg-celent one.

This comes in the form of the 'Omelet Quest' which has been dutifully restored by modder PaulR0013. As noted by the modder this quest was fully complete but CD Projekt Red decided to cut it from the game. "During the development of The Witcher 3, CDPR created a quest within 'Va Fail, Elaine' in which Yennefer asks for food while lifting Uma's curse," the modder writes. "This mod restores the cut content for all players to experience."

However, as PaulR0013 concedes the scene has actually been accessible for quite some time but the good thing about their mod is that it makes this quest available to all players regardless of their decisions in the game and will also occur without requiring any command inputs from the player. As the modder says this does boost the immersion and seamlessness of the experience. 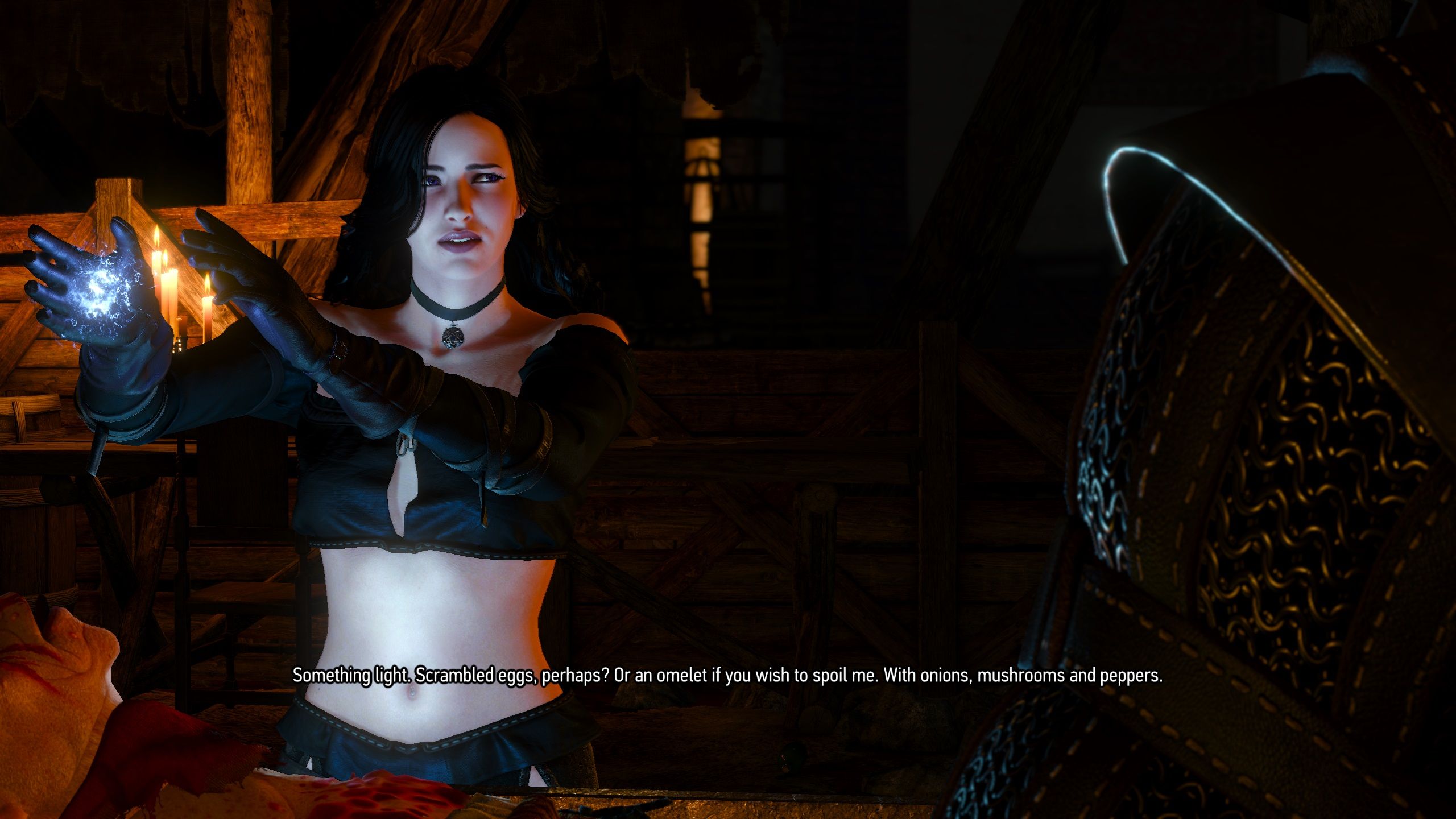 Depending on how players approach the game, there are differences to this particular quest. If Geralt romances Yen then he'll be given the quest to make her food, but if he doesn't then Vesemir will be asked to do it.

The modder also added: "In order to enable the hidden quest, I have created a new unique item in the game: an 'Omelet Cookbook'. When Geralt acquires this item, he will read it and learn how to correctly cook an omelet. This information is super useful for when Yen asks him to make her an omelet! Geralt can then set out to make her the omelet."

The mod is also compatible with the new "next-gen" update 4.0+ for the game. Those interested in the 'Omelet Quest – Next Gen Enabled' can find it over at Nexus Mods here.