The Witcher 3 features multiple open-world areas with lots of characters and quests to discover in each of them. Some quests are necessary to complete the main questline, while others have standalone side missions with unique stories and locations.

A Towerful Of Mice is a quest that relates to Keira Metz, who is one of Geralt's magical associates. You can complete multiple quests for Keira Metz, and A Towerful Of Mice is in the middle of the overarching questline. There are a few choices within this quest, so you should know everything about this mission before starting it if you want to make the best decisions. 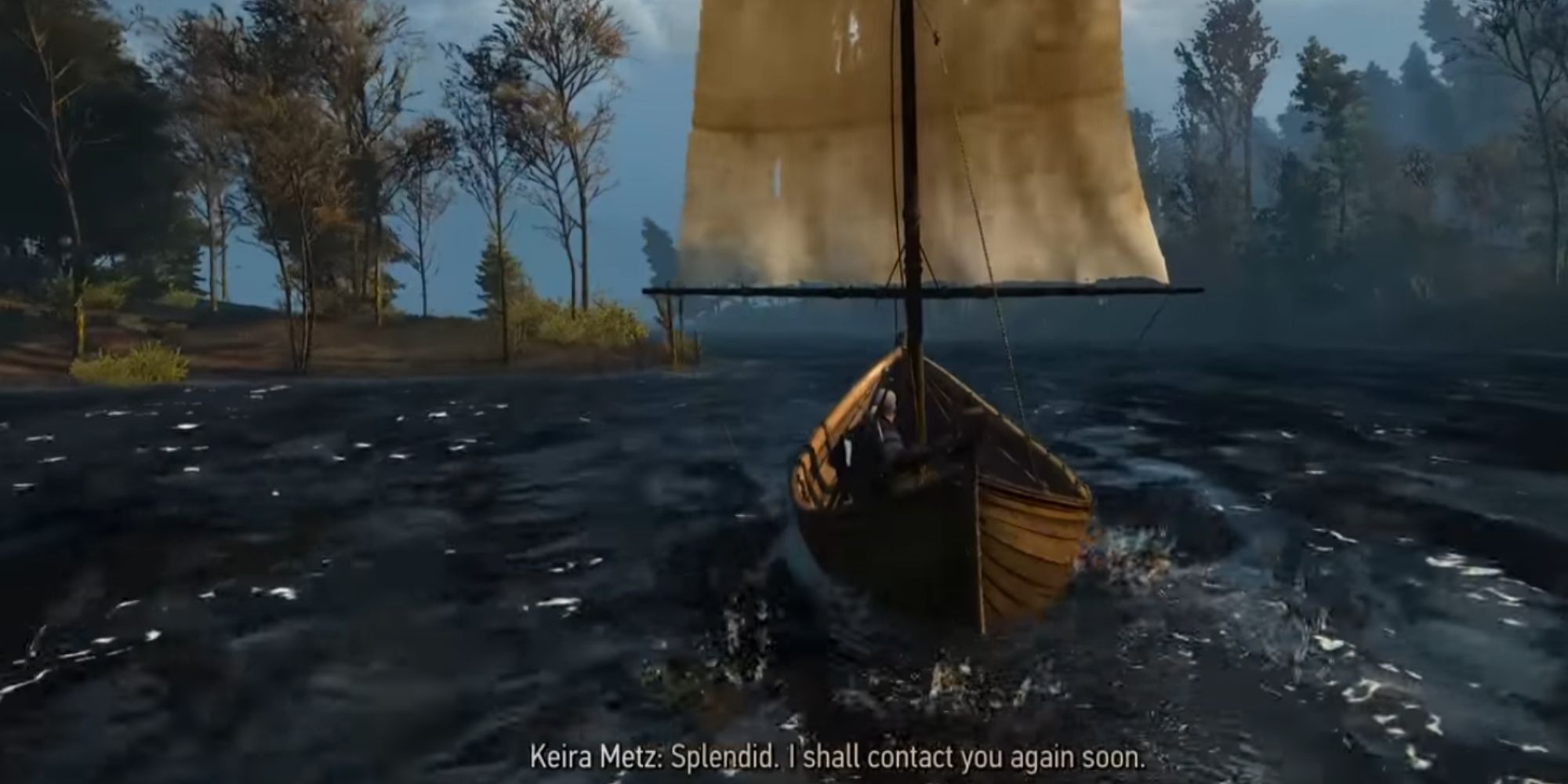 You need to complete the An Invitation From Keira Metz quest before you gain access to A Towerful Of Mice. Additionally, you can only complete A Towerful Of Mice before you start The Isle Of Mists quest in the main storyline. The recommended level for A Towerful Of Mice is six or above. Keira Metz will offer you a boat when you start the quest. You can use this boat to get to Fyke Isle Tower; however, any other method of traveling there also works. You'll notice monsters when you first come upon the island, so make sure to enter the island as close to the tower as possible.

There are Drowners and Rotfiends on the island, and you'll also encounter Black Flies occasionally. Use the Igni Sign to defeat the Black Flies. You will find three ghostly reenactments near the tower, so make sure to use the Magic Lamp to watch them before entering the building. Enter Fyke Isle Tower and continue to the next step. 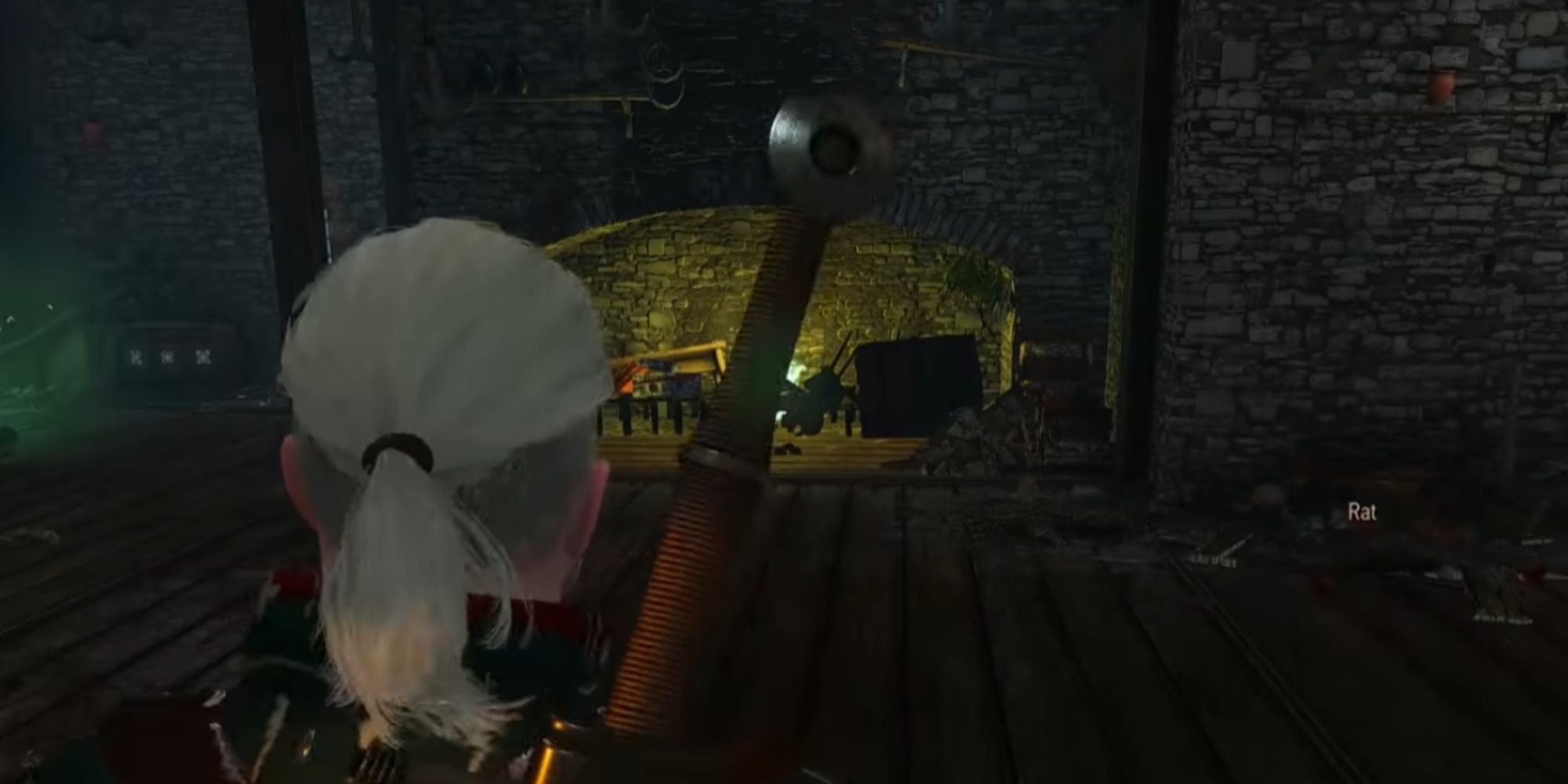 Once you enter Fyke Isle Tower, you'll see rats within the rooms. There are another four spiritual reenactments inside the tower to watch if you want to know more about events from the past. Unlike outside the tower, enemies aren't a major threat inside the building.

​​​​​​Your primary objective is to find Alexander's Laboratory and explore it, so you need to travel to the top room in the tower. The highest room you can enter isn't actually the tower's top. To reveal the way into the real highest room, you need to pull two levers inside the fake attic. 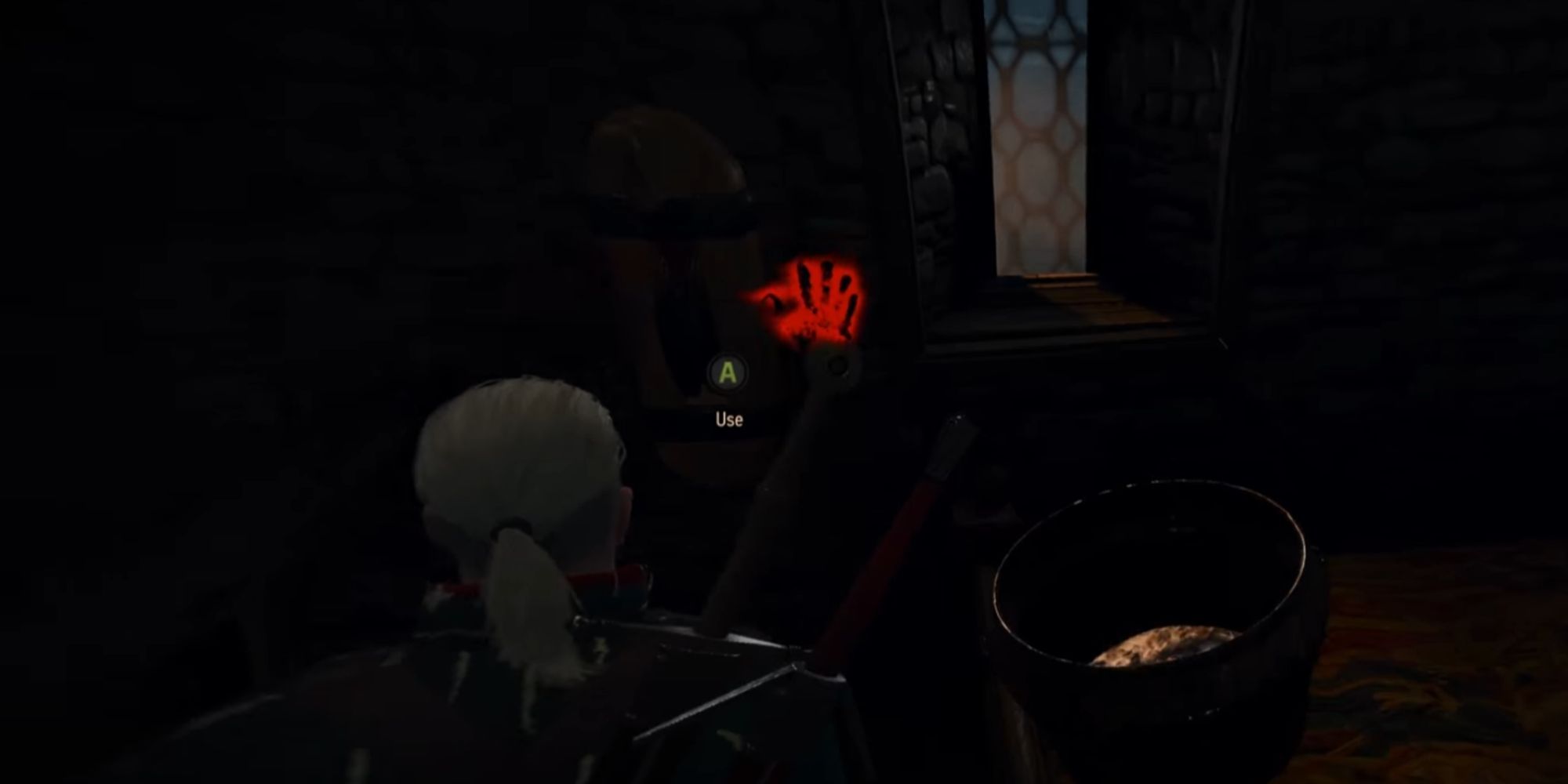 Enter Alexander's Laboratory And Use The Magic Lamp 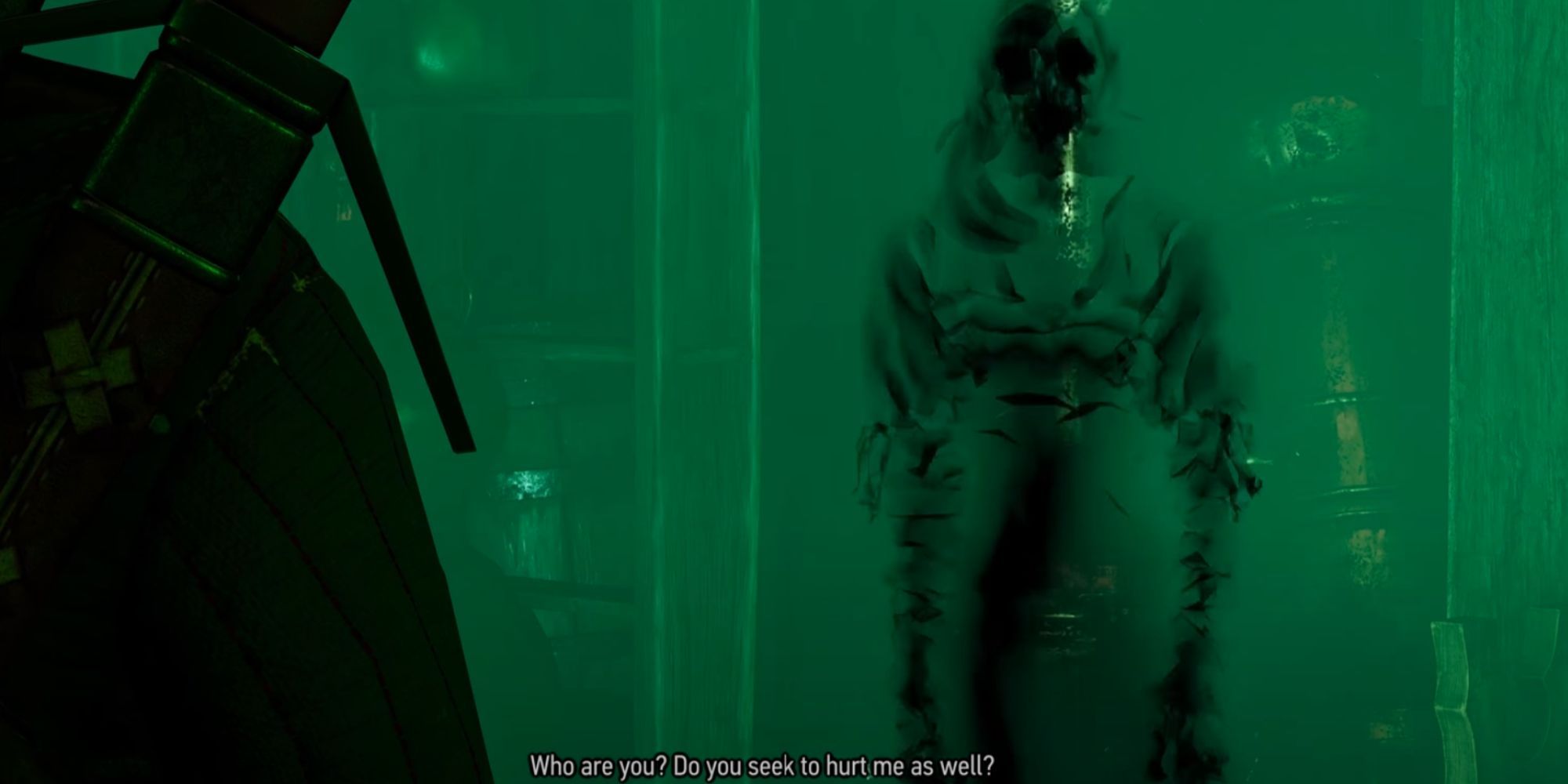 When the entrance to Alexander's Laboratory is open, you need to enter it and use the Magic Lamp to make Annabelle appear in the room. Annabelle will speak to Geralt, and you'll learn about her backstory. When peasants attacked the tower, Annabelle was inside and drank a potion to paralyze her to trick the peasants into thinking she was already dead. However, rats ate her alive while she couldn't move, which led to her death.

After the dialogue between Geralt and Annabelle, you need to track down her love, Graham, and bring him to the tower to speak to her spirit. Alternatively, you can bring Annabelle's bones to Graham. This decision is up to you; however, it splits the A Towerful Of Mice quest into two paths. 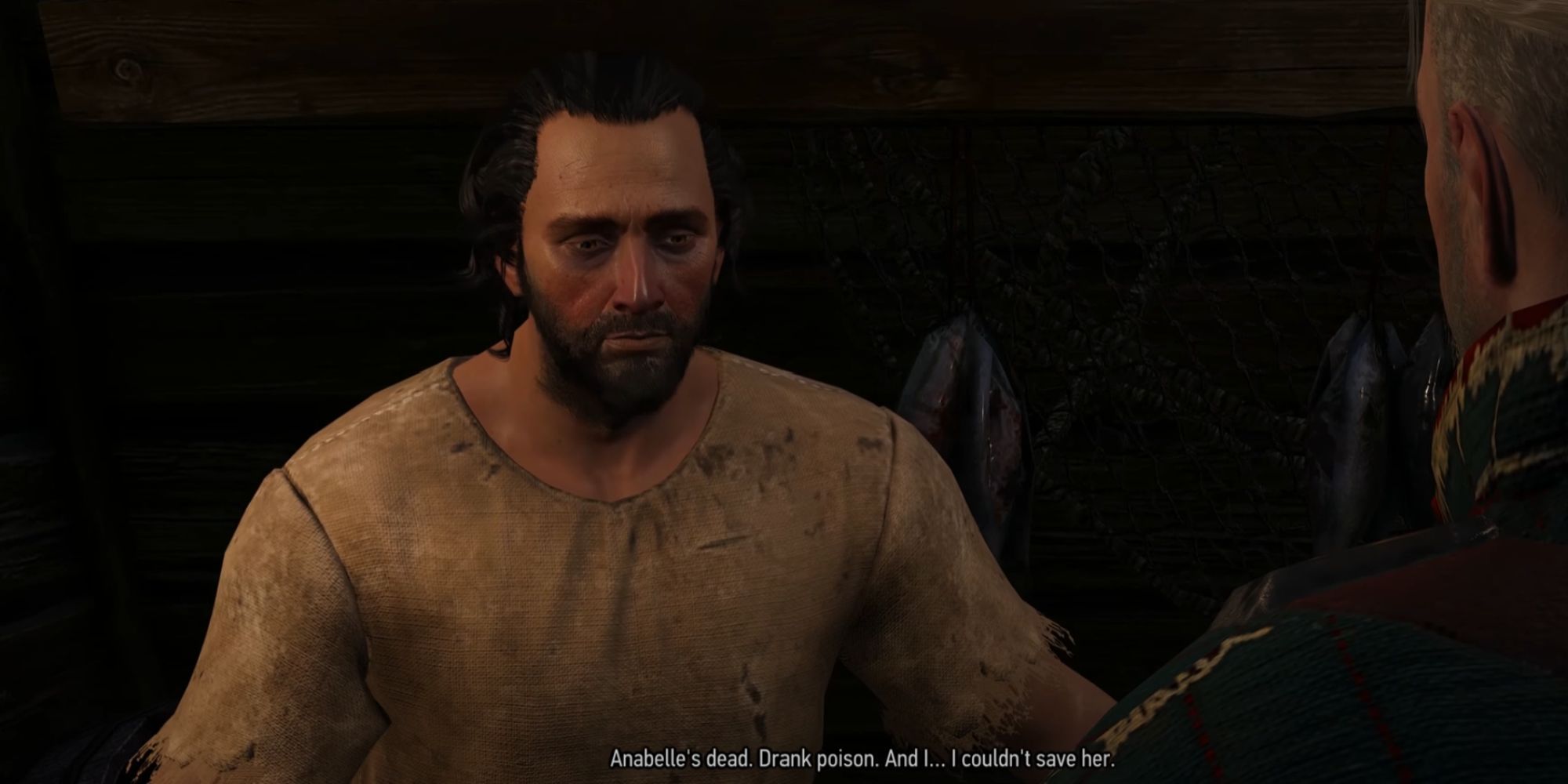 If you choose to bring Annabelle's bones to Graham, then you need to leave Fyke Isle Tower and follow the quest marker to Graham's house. Graham is a fisherman, so he lives near the water.

When you enter Graham's home, speak to him, and he'll reveal that he led the peasants to Fyke Isle Tower; however, he didn't know that Annabelle was alive. Once you give Graham the bones, he plans to bury them. However, Annabelle's Spirit has other plans and appears to Graham as a Plague Maiden. Annabelle will kill Graham as soon as you leave, which will break the curse since Annabelle's bones have left Fyke Isle. With the curse gone, you need to speak with Keira Metz again.

Option Two: Speak To Graham And Bring Him To Fyke Isle Tower 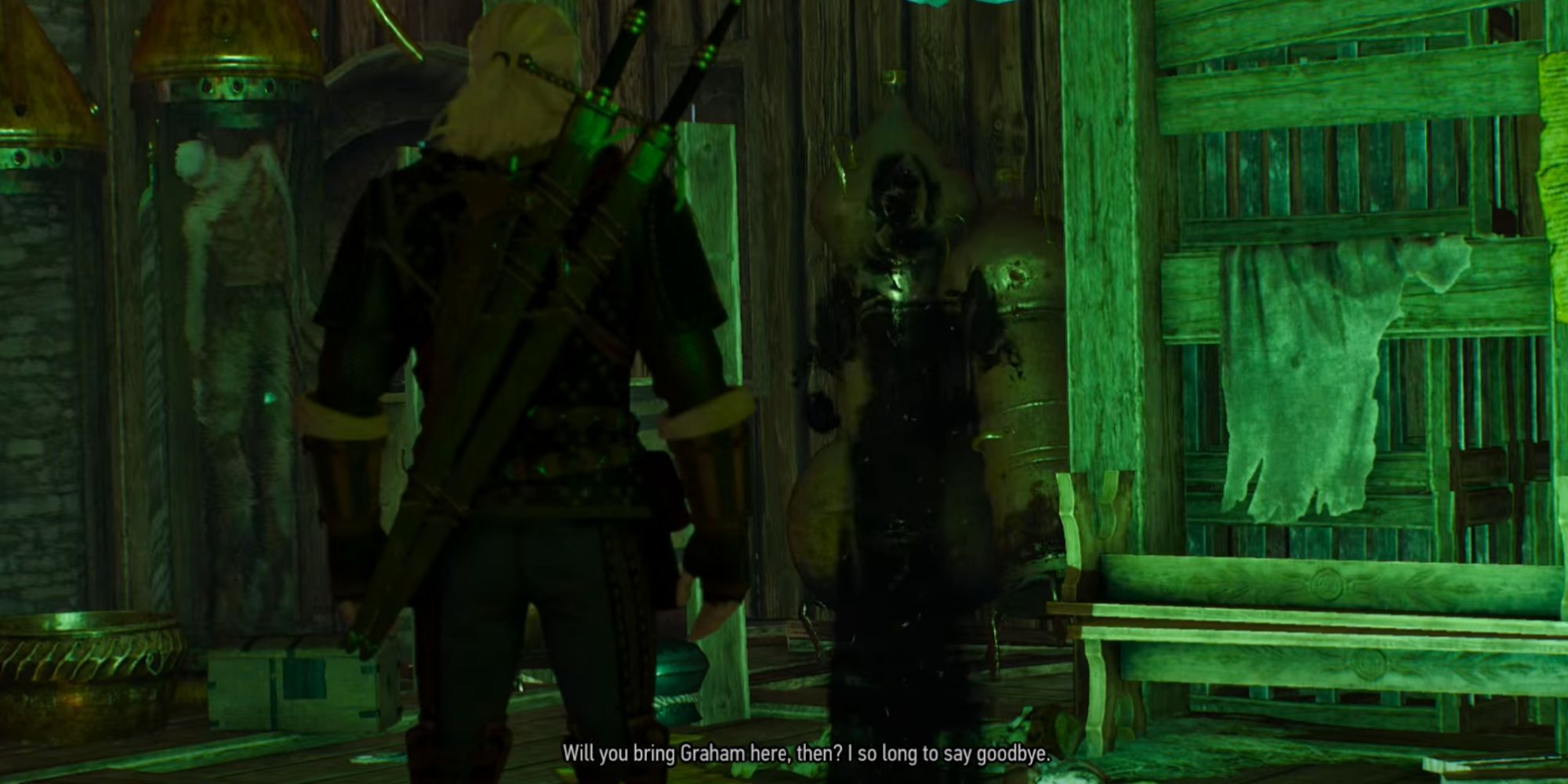 If you decide to go against Annabelle's request, she won't trust Geralt, and she'll reveal her true form as a Plague Maiden. You can fight Annabelle, but she can't die since the curse is still active. Speak to Keira, and she'll tell you to go to Graham.

Follow your quest marker to Graham's home and speak to him. Geralt will briefly converse with Graham about the situation and explain that he needs to talk with Annabelle's Spirit to break the curse. Graham will then agree to follow Geralt to Fyke Isle Tower to prove how much he loves Annabelle.

When you travel to Fyke Isle with Graham, you'll encounter Wraiths that you need to defeat, so prepare for combat before stepping foot on the island. Enter Fyke Isle Tower and travel to the tower's top again, where Annabelle is waiting to speak to Graham.

A scene between Graham and Annabelle will occur, and he'll explain that he still loves her. The two will kiss, which kills Graham and reunites him with Annabelle. This scene breaks the curse, so you can now return to Keira Metz and speak to her to continue the quest. 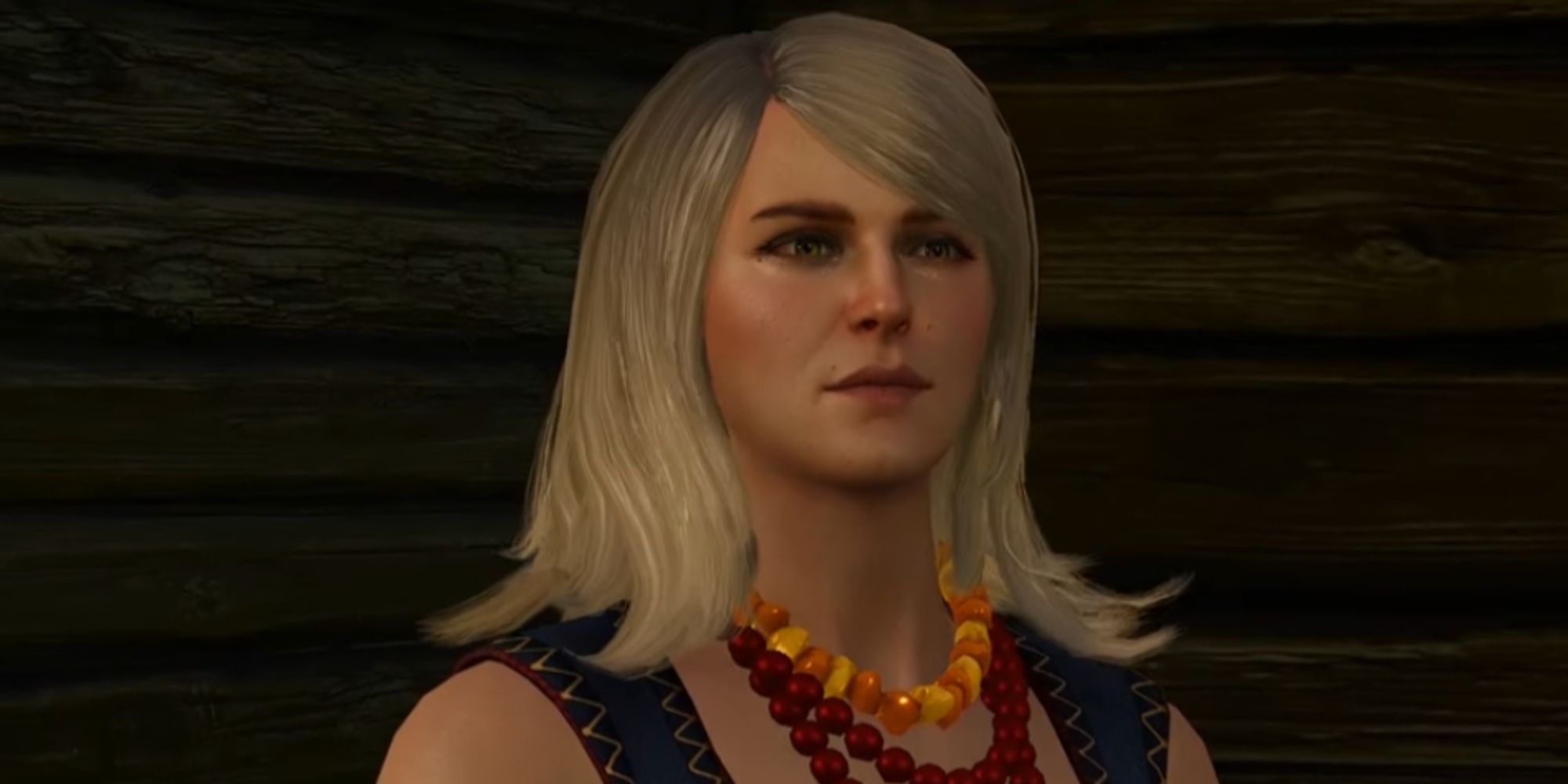 Follow your quest marker to Keira Metz and explain that the curse is gone. The final conversation between Geralt and Keira will conclude the quest. However, it will also lead into the A Favor For A Friend quest, which is the next mission in Keira Metz's questline.

Every Reward For Completing A Towerful Of Mice 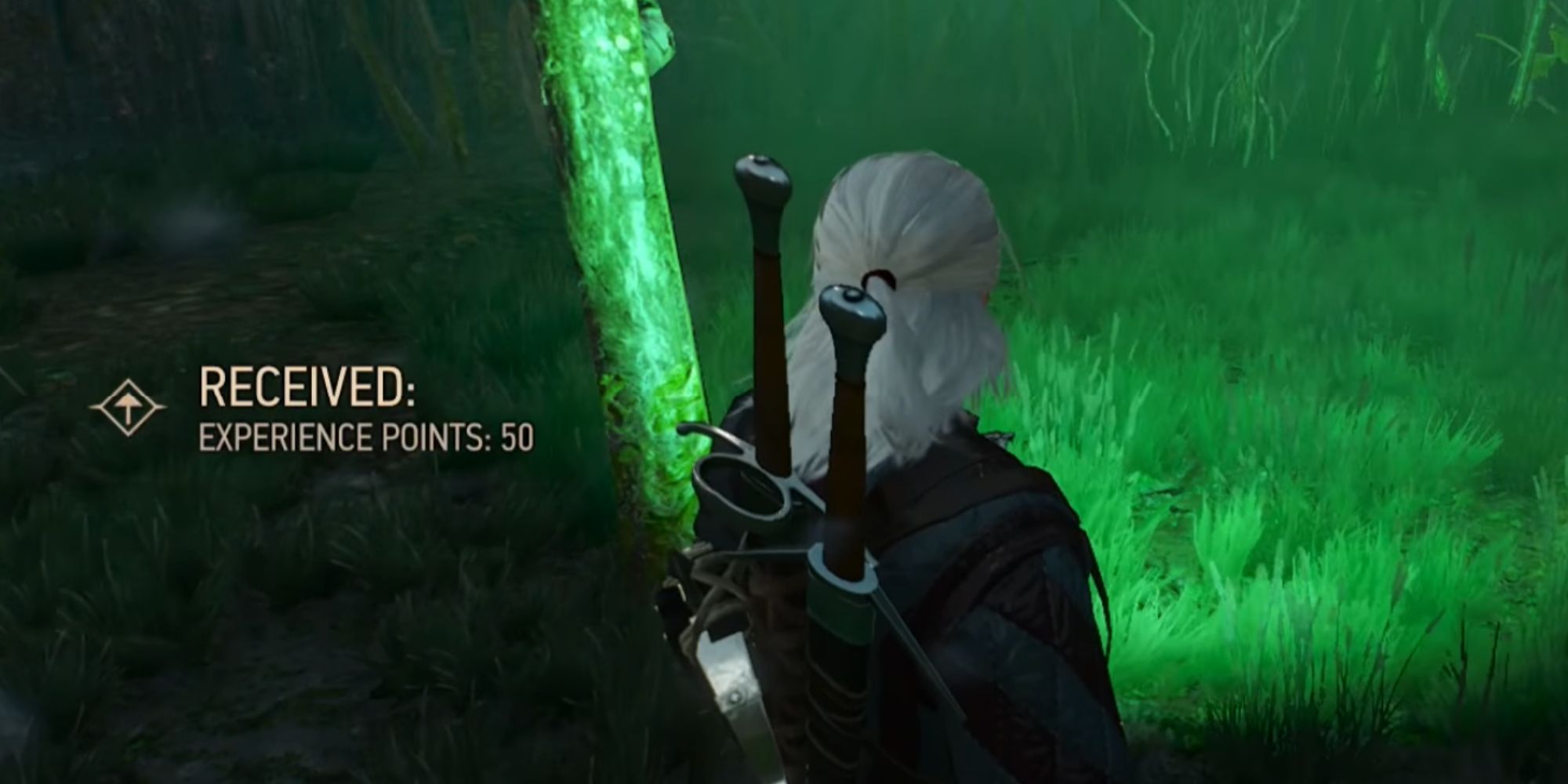