In comparison to recent years, 2022 hasn’t exactly been the strongest. Any year that doesn’t have Psychonauts 2 is always going to fall a bit short of the mark for me, but there were also many games that I thought might make my list that ended up being pretty mid. I’m looking at you, Gotham Knights and Saints Row.

To keep the glass half full, though, such triple-A let-downs gave me more reason to dive into indies and put more time into the games I did enjoy. Even with most of the big tentpole titles punted into the first half of 2023, there were still some incredible highs to be found.

Most of them aren’t on my list, though. Enjoy! 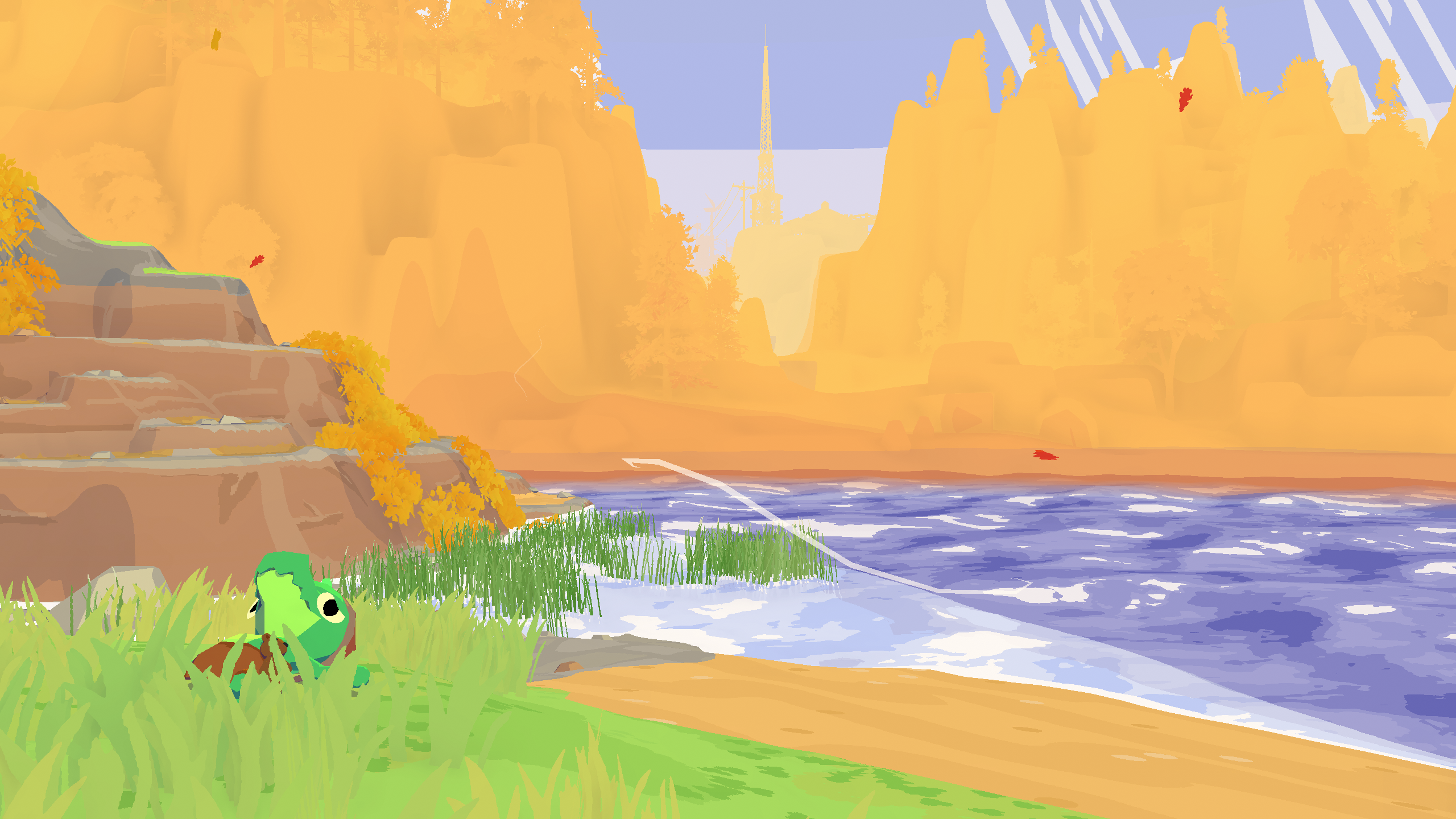 There’s always one game that releases in December and completely messes up your well-crafted list, isn’t there? Consider this entry a sneak peek at my Lil Gator Game review, as it’s not actually published yet. Still, from what I’ve played so far, this is one of the most charming games in years. Couple its heartfelt writing and vibes with some solid platforming that encourages creative movement, and Lil Gator Game had to appear on this list. It’s basically alligator Breath of the Wild meets Psychonauts and Craig of the Creek, how could it not be included? 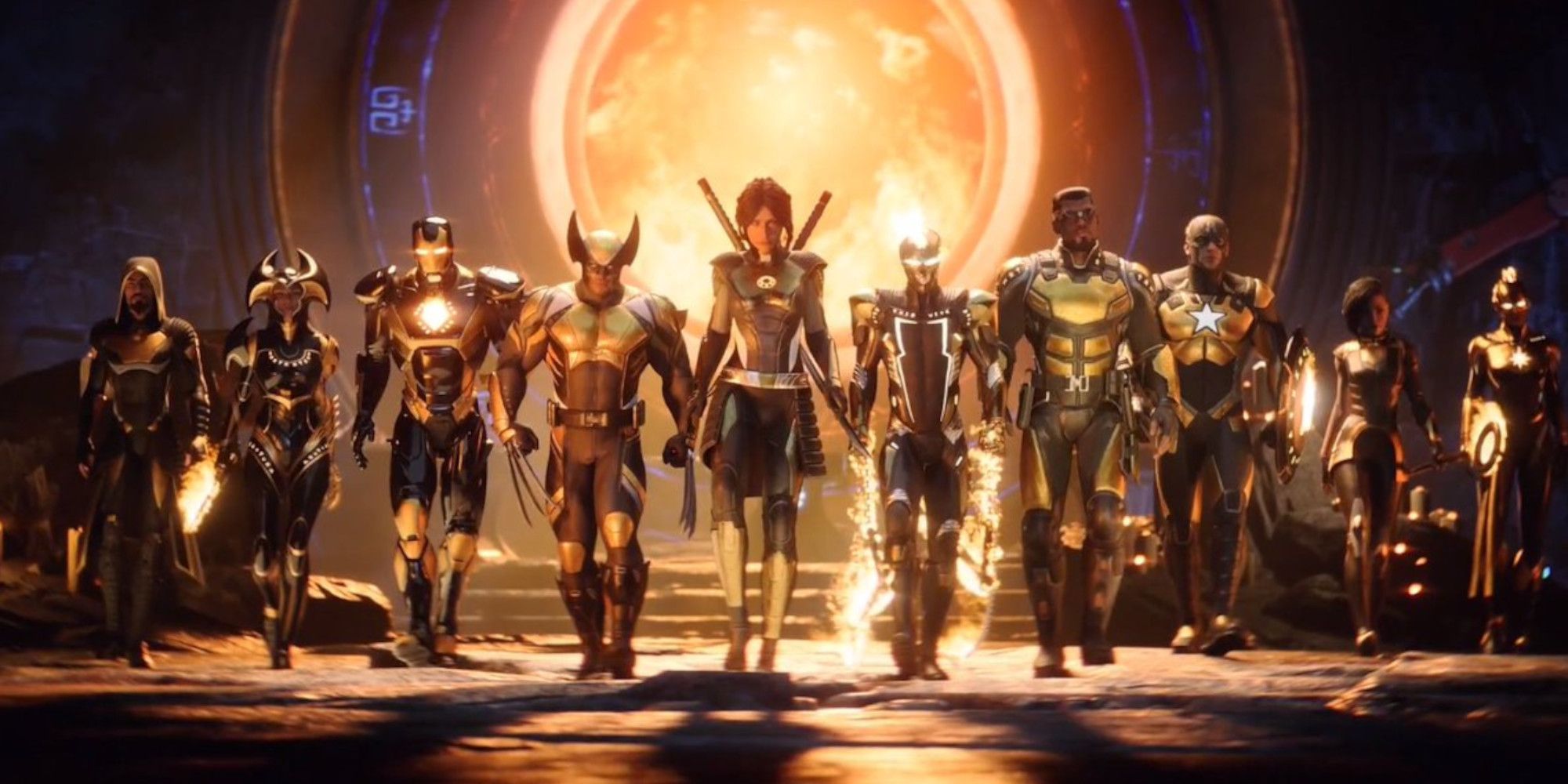 Make that two games that messed up my well-crafted list. I’ve only spent six hours with Midnight Suns so far, but I’m already so obsessed with being best friends with Robbie Reyes and learning the intricacies of its unique card-based combat that there’s no doubt in my mind that it deserves a spot. I’ve got incredible Marvel fatigue from the MCU, but games like Midnight Suns remind me why I love these characters and this world in the first place.

8. Kirby And The Forgotten Land 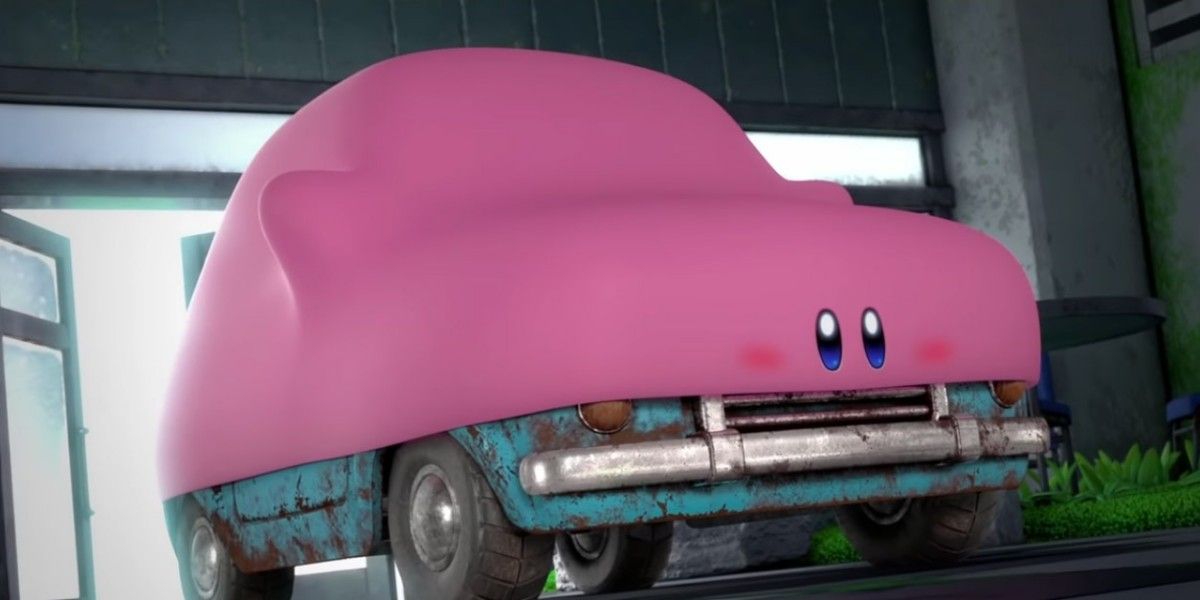 I am a big Kir-boy and have always dreamed of the pink puffball getting a fully-fledged 3D adventure. The Forgotten Land finally did that and instantly joined the ranks of The Amazing Mirror, Super Star, and Triple Deluxe as some of the best games in the series. One of the only things that held it back from a higher spot is the small number of new Copy Abilities and the fact that they’re all a little simpler than they’ve been in the past. 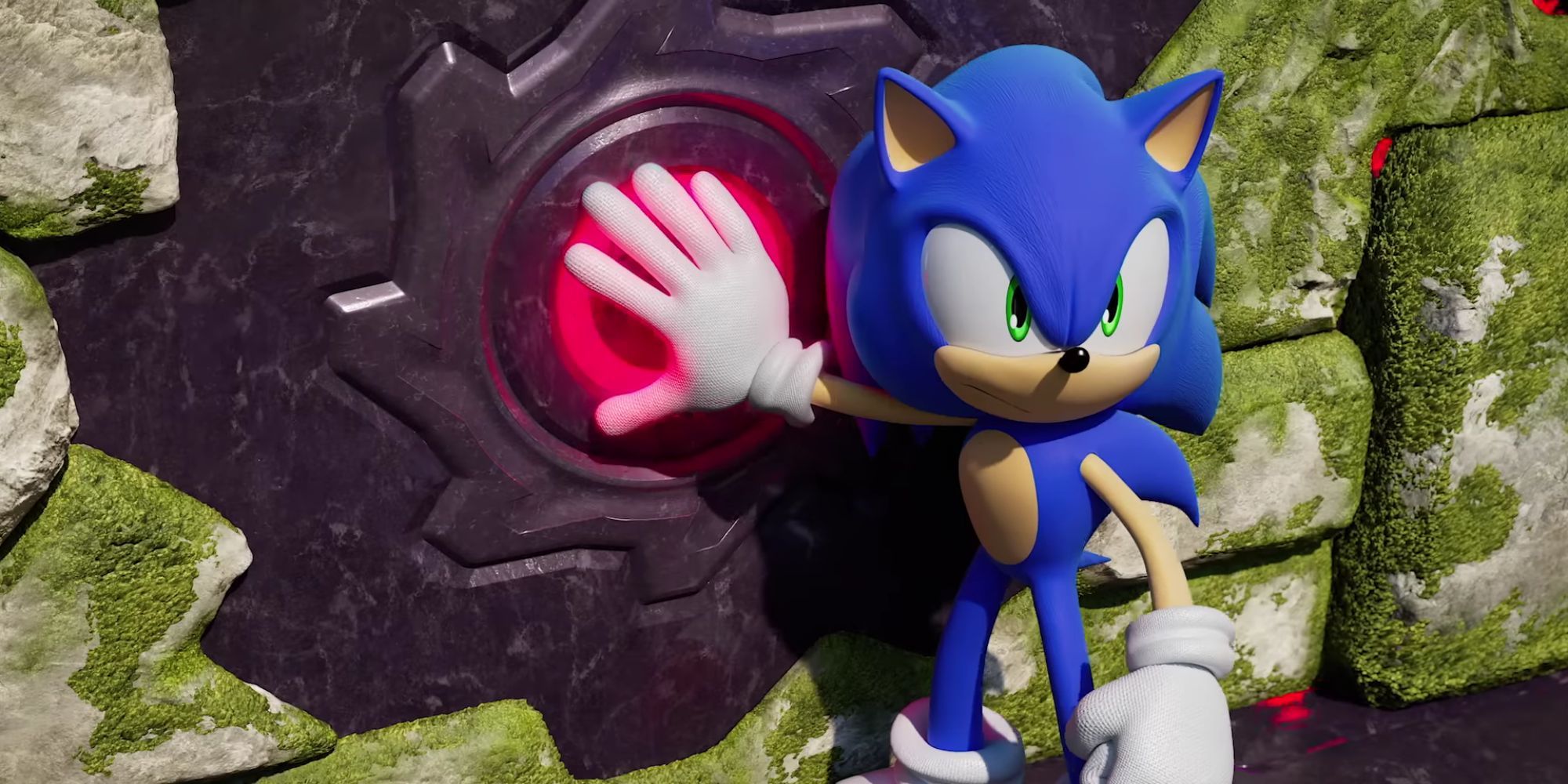 SOUND THE ALARM, SHATTER ME LIKE GLASS. COVERED IN SCARS, BUT ROSES ARE COMING THROUGH THE CRACKS. TIME THAT YOU KILLED, YOU PROMISED TO HELP ME REBUILD, IT CAUGHT ME OFF GUARD, SOUND THE ALARMMMM. 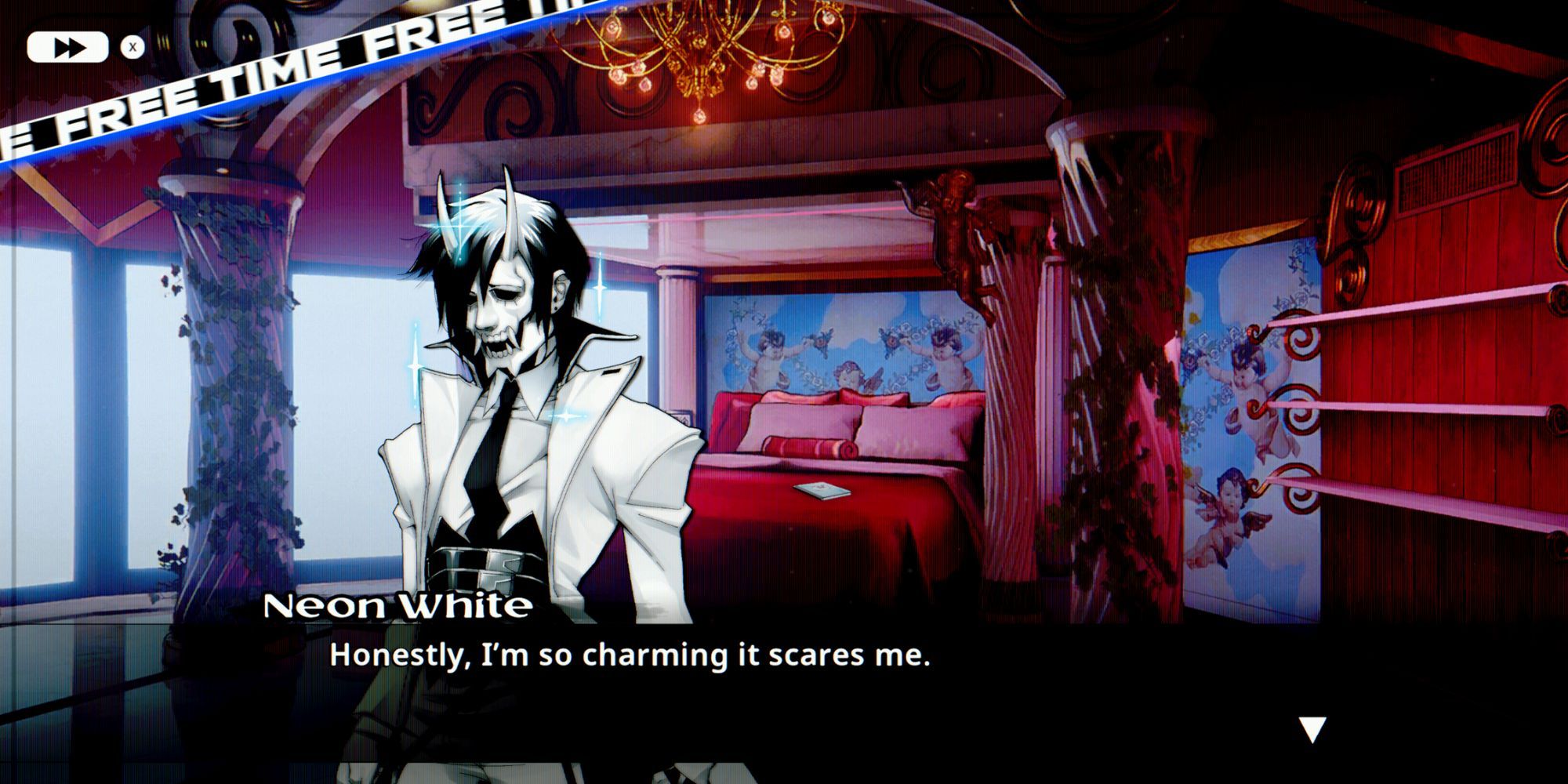 Speaking of Sonic the Hedgehog, Neon White does everything that traditional Sonic games did, but in first-person and much much better. There’s no game this year that makes you feel quite as cool as Neon White does, especially when you blaze through a tough level and beat a friend’s score by a millisecond with your middle finger raised firmly at the screen. Couple that with likeable characters and a heart-pounding soundtrack, and Neon White is the full ticket. I reckon I’ll like it even more when I jump into the PS5 release later this month. 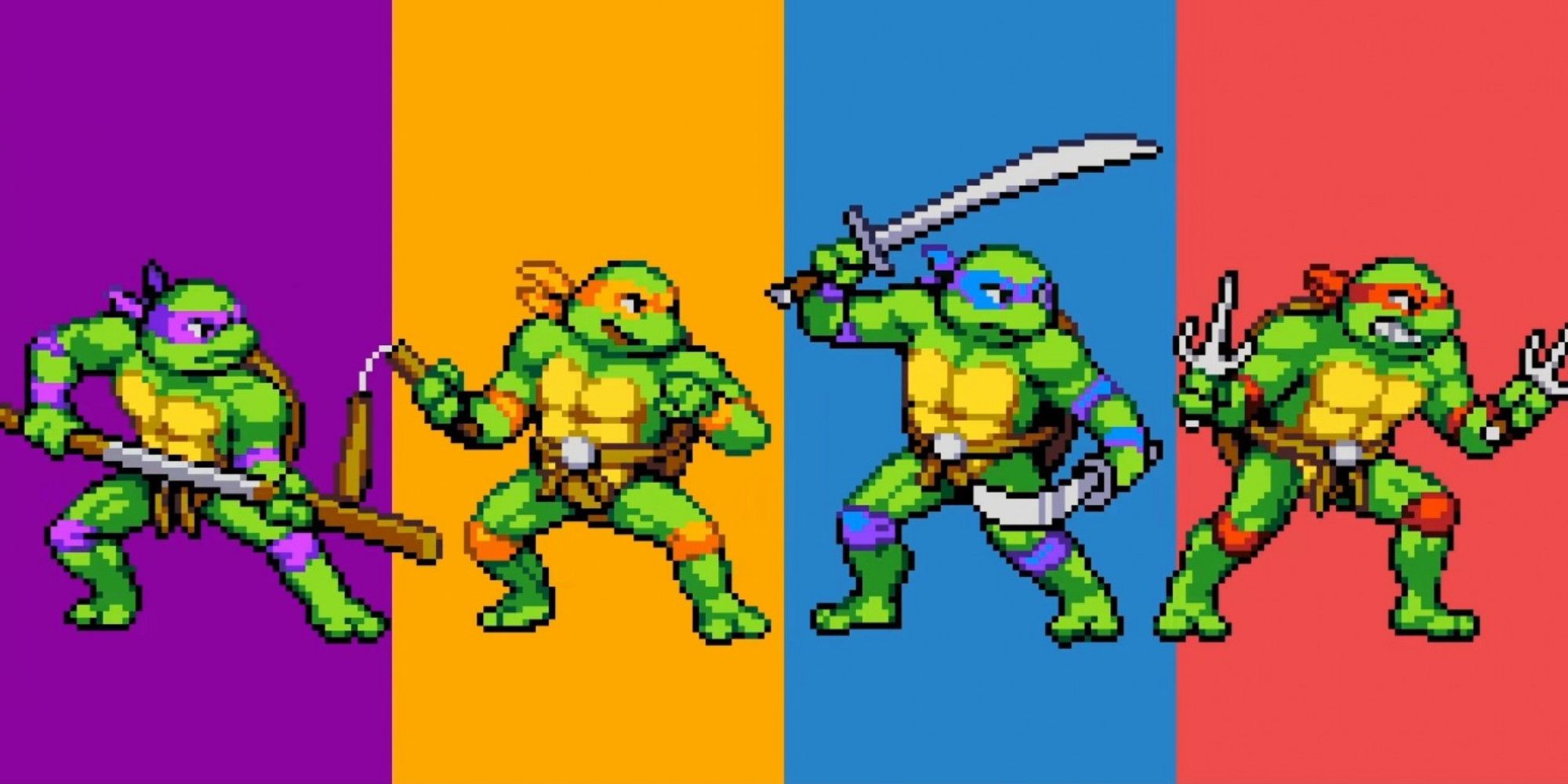 I considered just putting in the TMNT theme lyrics here as a callback to the Frontiers bit, but I think Shredder’s Revenge deserves a bit more respect than that. I’ve always been a massive Turtles nerd, so I would have liked Shredder’s Revenge just because OMG TURTLES, but its gorgeous visuals, kickass soundtrack, and crunchy combat easily make it the best TMNT game out there. 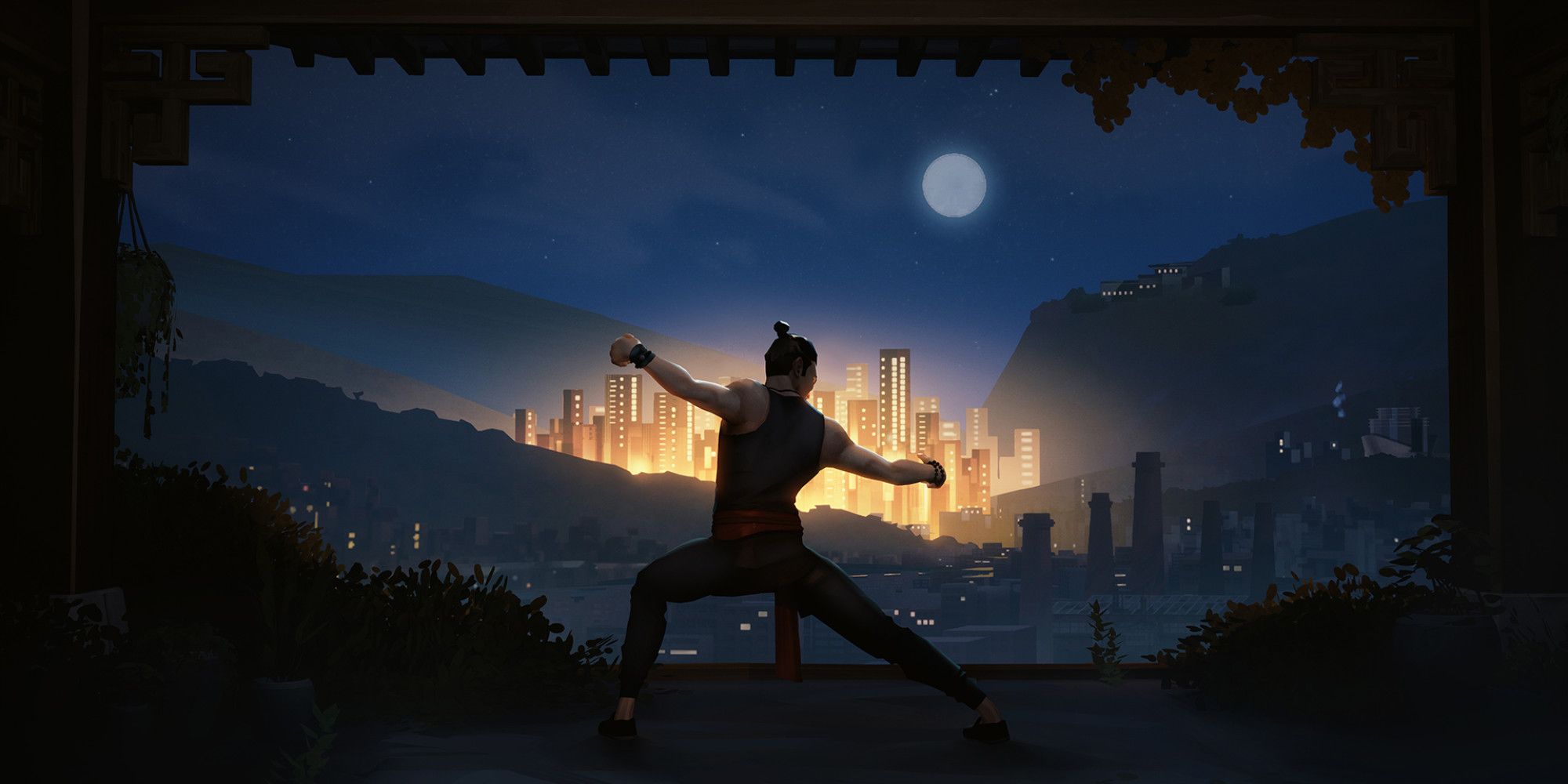 Did you know that I managed to beat Sifu in the review period before it was patched to be easier? That’s a little site in-joke there (although I did do it!), but I wouldn’t still be prattling on about it in December if Sifu wasn’t worth the mastery that it took to do just that. Although its difficulty was actually one of the main complaints at launch, Sifu has now been toned down a bit so that everyone can enjoy its incredible hand-to-hand combat. Still, I’ll never forget being sat on my sofa at 4am watching those credits roll with sore thumbs and an unrelenting feeling of pride. I am a true gamer. 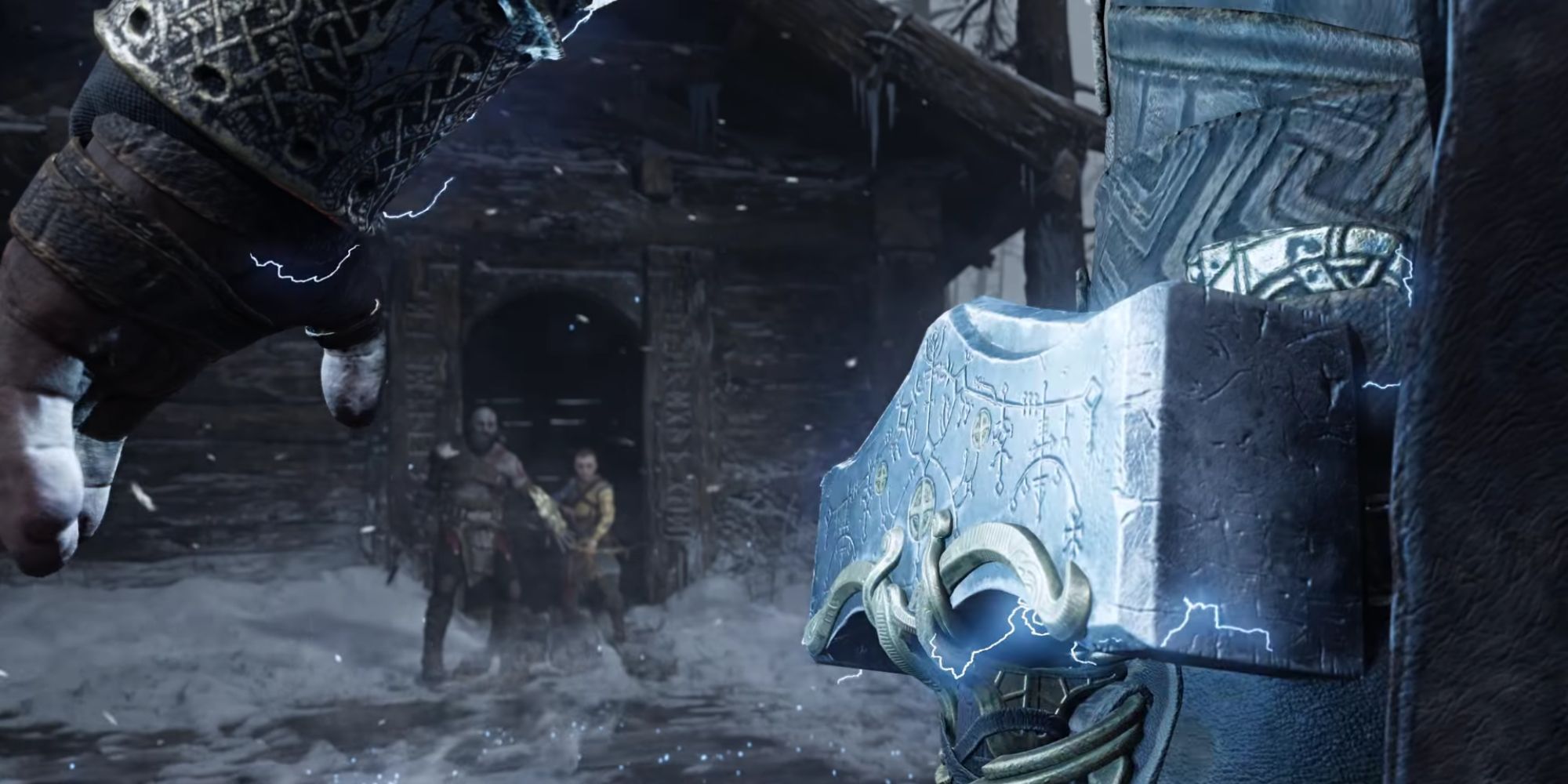 Considering my love of the 2018 soft reboot (which even led to getting some of Atreus’ tattoos #flex), I was almost certain that God of War Ragnarok would end up topping my list this year. Sadly, its bloat and pacing issues mean that it didn’t quite end up reaching those lofty heights, but Ragnarok is still a worthy follow-up to the reboot and a fantastic game in its own right. Just wish it’d shut up about side quests every once in a while. 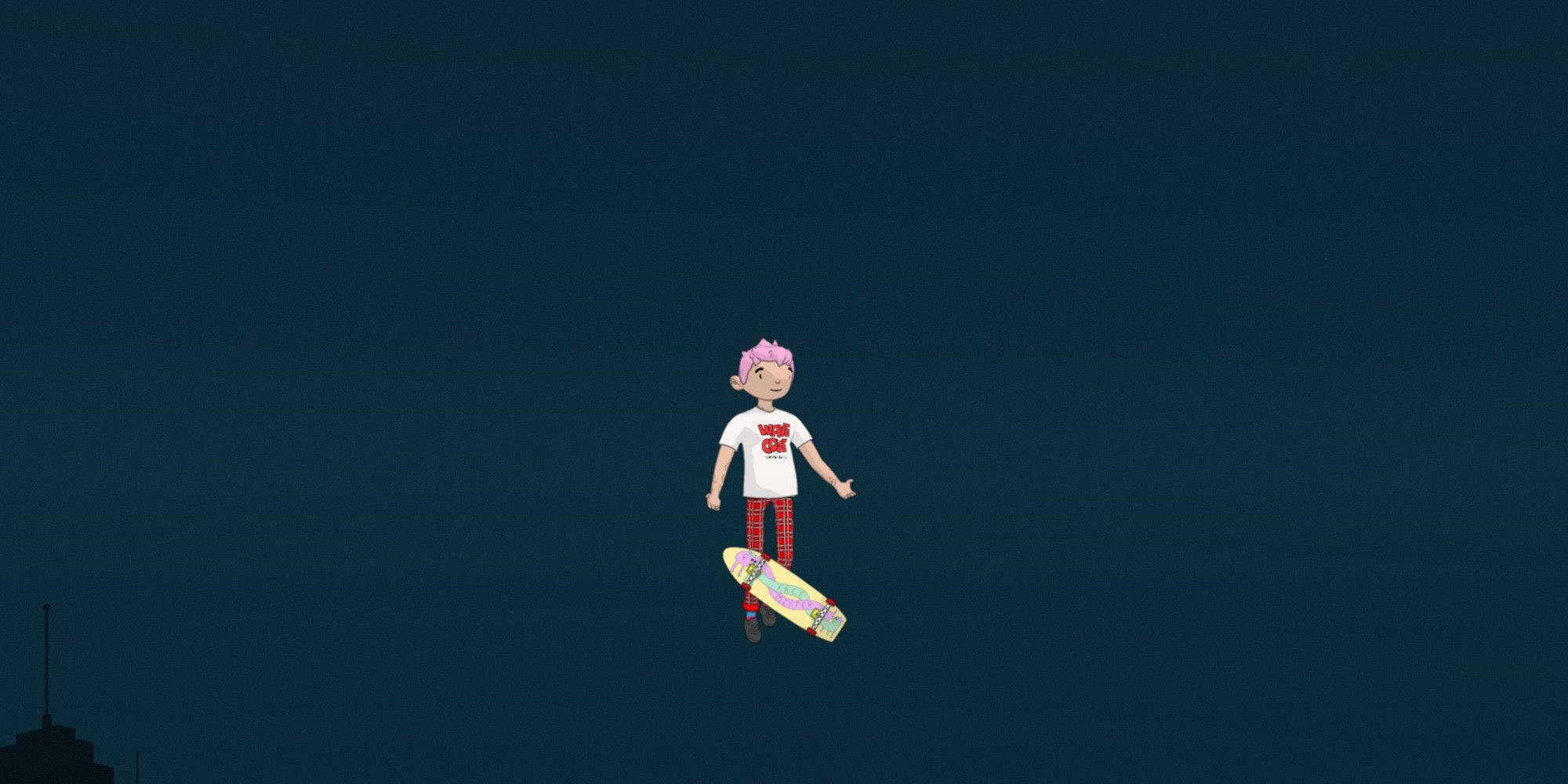 On the opposite end of the spectrum, I had absolutely no expectations for OlliOlli World when I first started playing it, other than thinking it looked like a skating game starring the Adventure Time crew. That much is true, but what I found was one of the most mechanically satisfying games I’ve played in my life. Roll7 has truly mastered the formula here, and the DLC somehow makes things even better. Whether you’re a wannabe skater like me or not, you need to play OlliOlli World. 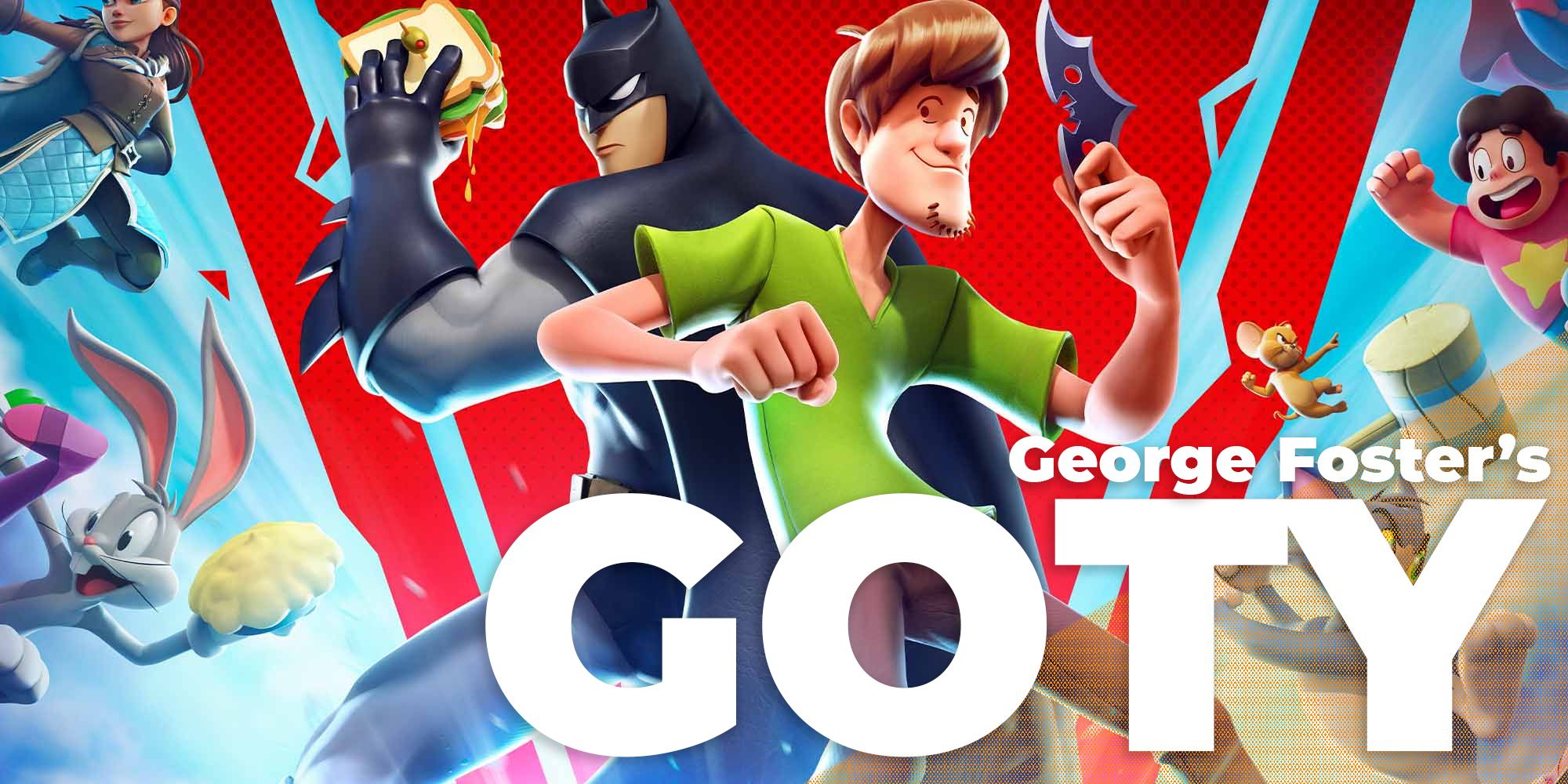 That’s right, the boy infamous for loving everything to do with IP has MultiVersus at the top of his list. Sue me. I’ve been following MultiVersus ever since details about it first leaked and haven’t looked back. I joke about IP, but characters are the real strength of MultiVersus. They lovingly represent whatever series they’re from, while also playing totally differently to characters from other platform fighters. It’s still early access so there are some improvements to be made, but even as it stands, there’s no game in 2022 that I’ve put as much playtime into, thought about as much, and cared about as much as MultiVersus.