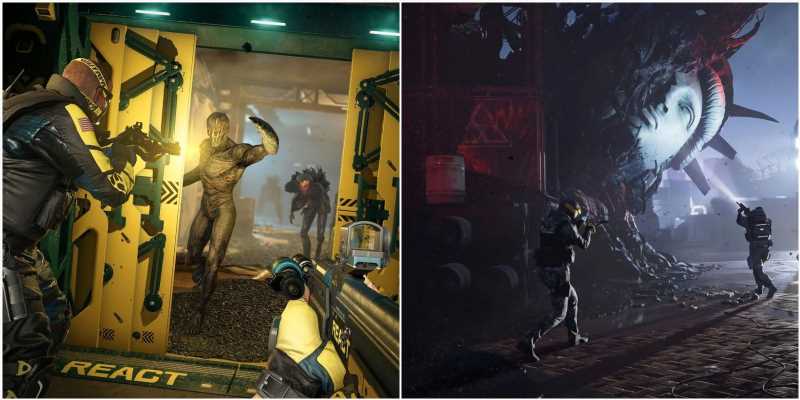 It's amazing to think just how much the Rainbow Six video game series has evolved since its introduction in 1998. What started as a highly realistic tactical shooter has morphed into a sci-fi game with aliens thrown into the mix in the latest entry, Rainbow Six Extraction.

Don't let any of that fool you into thinking the new game has lost its identity though, because at its core this is still the same team-based tactical gameplay players loved in prior entries like Rainbow Six Siege. Anyone returning from that game, in particular, would be pleased to learn that most of its tricks still apply in the new one. But for anyone coming into the series with a pair of fresh eyes, here are a few pro tips and tricks to help improve your chances of completing your objectives.

5 Use The Environment To Your Advantage 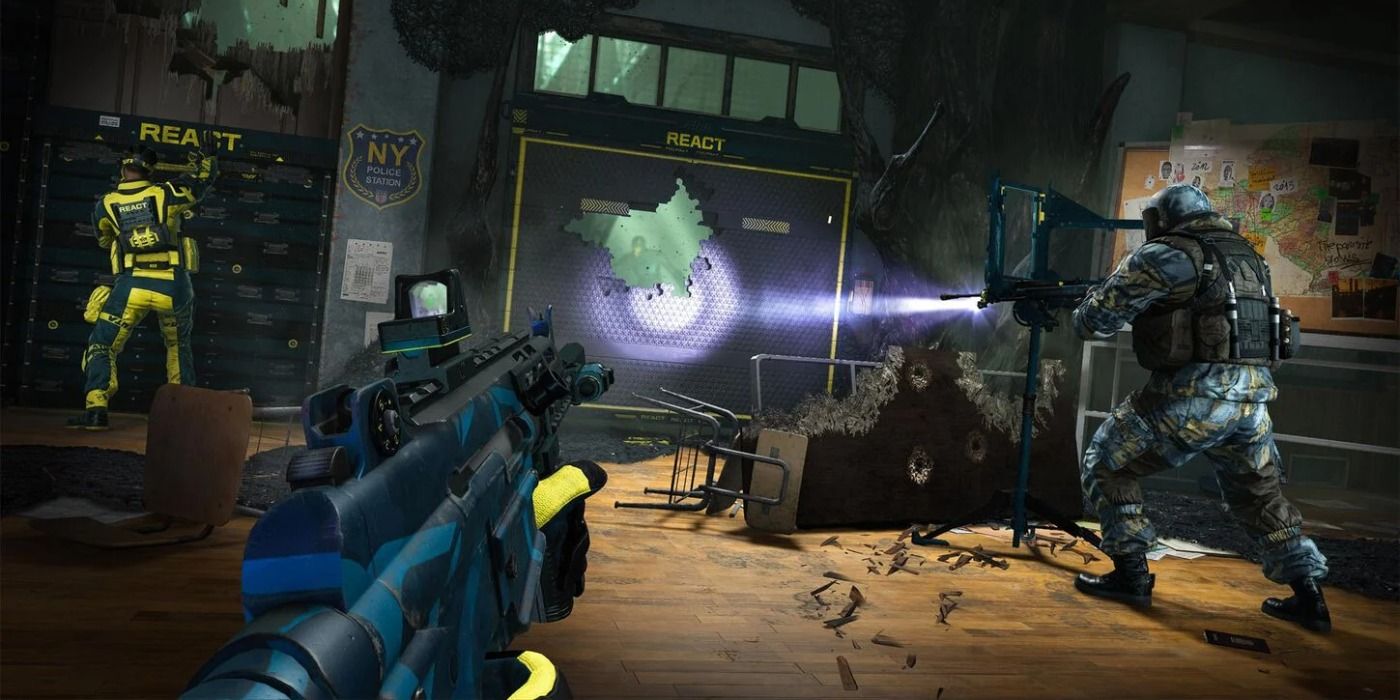 Ever since its inception, the Rainbow Six series has always been about gaining a tactical advantage over your enemies. While your knee-jerk reaction might be to fall back on its various gadgets and weapon loadouts to do so, long-time players know you can achieve that by making great use of the environment.

For example, it is possible to mount a formidable defense against an otherwise insurmountable number of enemies by finding the right place to do so. Just make sure you barricade any nearby doors or windows that might take away your tactical advantage. Likewise, you can use the flashlight attached to your weapon to identify enemies behind breakable walls, which allows you to take them down before they become alerted to your presence.

4 Play To Your Chosen Operator's Strengths 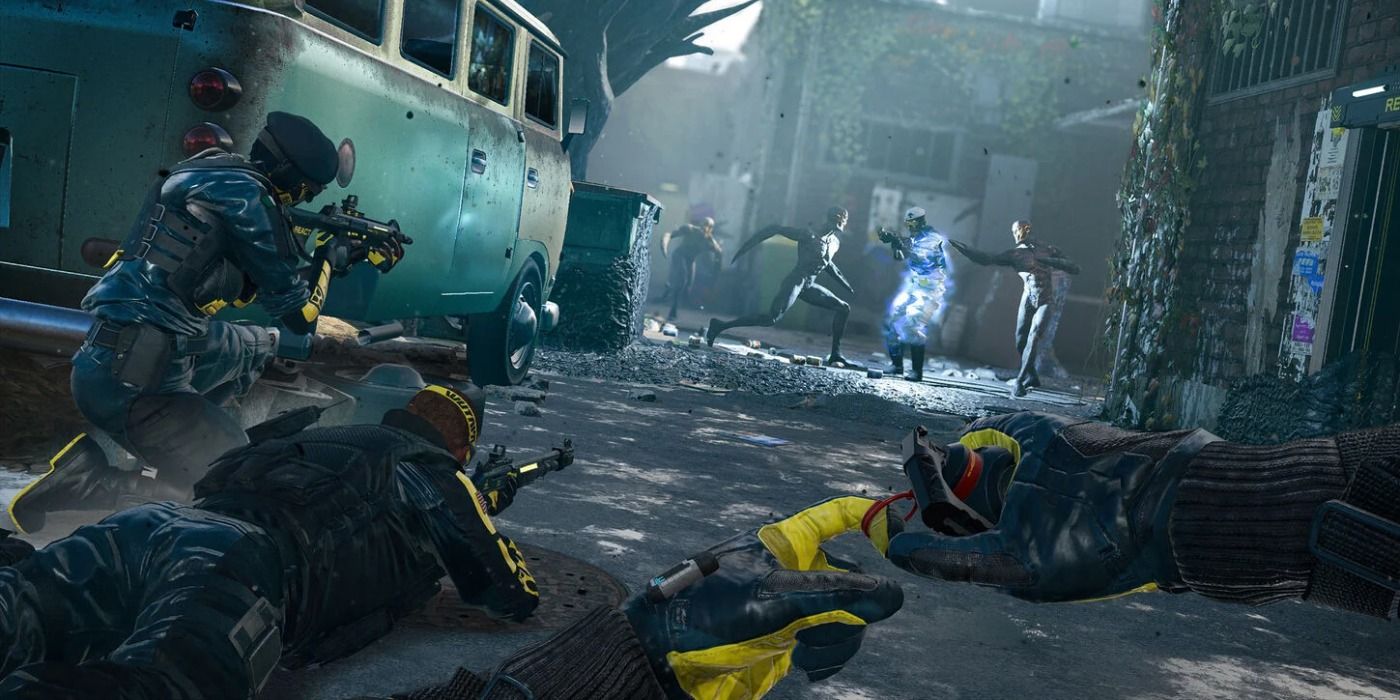 In Rainbow Six Extractions, you get to choose from a pool of 18 operators with unique skills and abilities. While that number might seem a bit excessive at first glance, the importance of picking the one that best compliments your play style cannot be overstated.

Those who prefer stealth might find someone like Vigil preferable with his ability to disrupt the enemies' ability to detect him. Or those who prefer to play more of a support role might find Finka's ability to revive fallen teammates indispensable. The important thing is knowing what each operator is capable of, and to use their skills accordingly. Thankfully, the game gives players an overview of all the objectives before the start of every incursion, so you can generally use this to decide on the right person for the job.

3 Level Up Quickly By Completing Studies 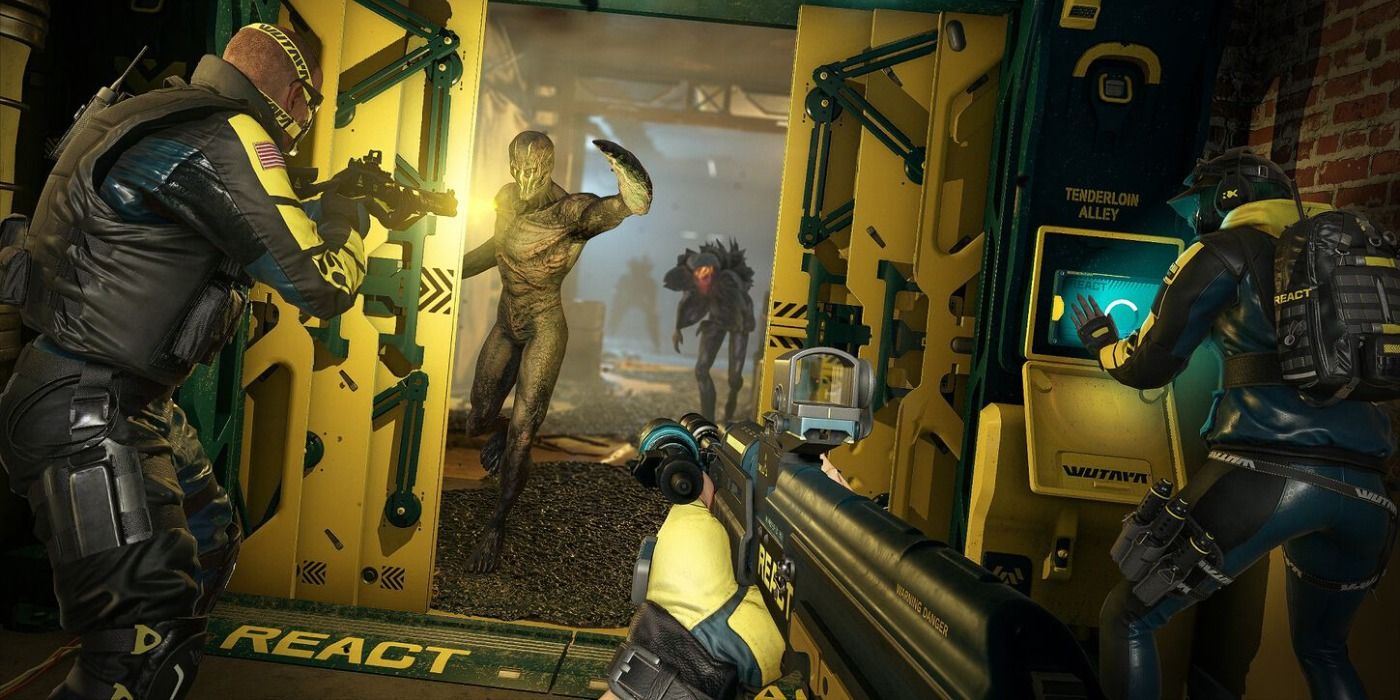 In Rainbow Six Extraction, you are awarded experience points for completing objectives and hitting certain gameplay milestones. These in turn enable you to level up your stats. But following just those main objectives would cause it to take substantially longer than necessary to advance from level to level.

One way to level up fairly quickly is by also focusing on the various studies that can be found on the map where an incursion takes place. These are basically additional challenges or objectives you are tasked with, and each map comes with a fair amount to pick from. Completing each one rewards you with XP which can be used to level up your operators as well as your overall career, so tackling a handful while working towards your primary objectives is a viable way of improving your stats.

2 Stealth Your Way To Victory 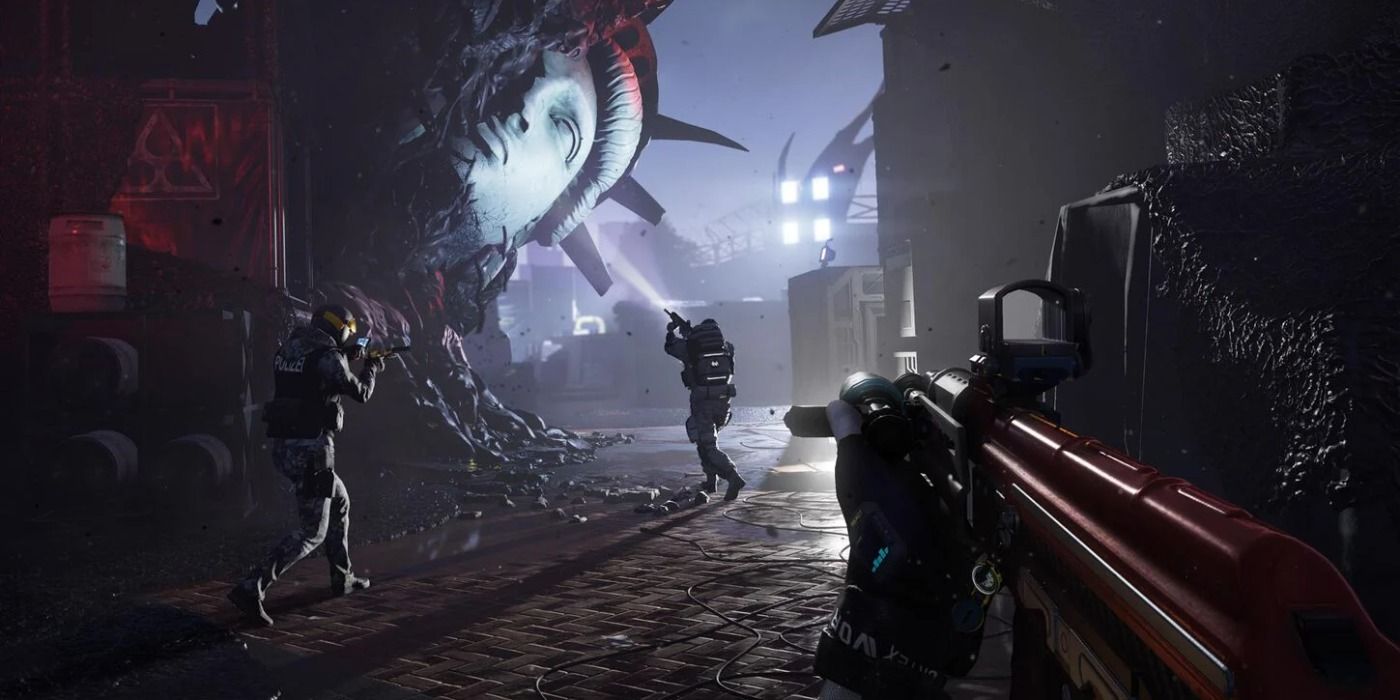 You are faced with hordes of enemies in any given round of Rainbow Six Extraction, so coming up with an ideal strategy to tackle them should be high on their priority list. You'll almost always want to take a stealthy approach by remaining undetected to avoid alerting nearby hordes, and one way to do that is by sticking with silenced weapons.

Approaching an enemy from behind gives you the opportunity to execute a one-hit kill, which is another good way of dispatching enemies when they haven't been alerted to your presence yet. You can also use smoke grenades and other REACT tech on enemies after they've spotted you to cause them to enter a disoriented state, during which you can also perform a melee takedown. Going guns blazing should always be avoided and used only as a last resort after all else has failed. 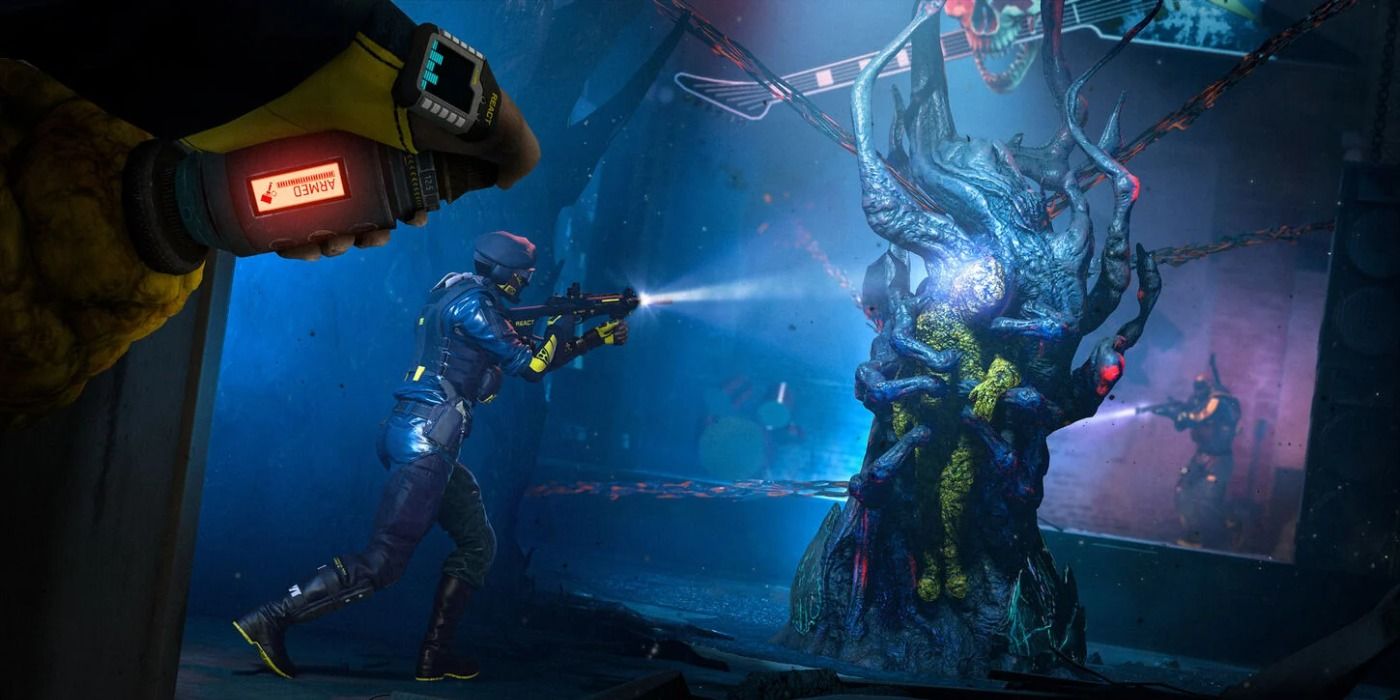 While we are still on the topic of stealth, something you'll want to keep an eye out for as you creep through the various maps in Rainbow Six Extraction are nests. These serve as spawn points for enemies should they become alerted to your presence, so you'll want to destroy as many of them as possible to avoid getting overwhelmed by a horde while trying to clear your objectives.

They also generate a substance called sprawl, which works to slow your movement while you are in contact with it, making you an easy target for any nearby Archaeans. All that is to say that the quicker you take out nests the better, because failing to do so will mean that you risk having to deal with more enemies than your team might be capable of handling. To take one out quietly, simply shoot at it with one of your silenced weapons. Alternatively, you can approach it and follow the on-screen prompts to perform a melee takedown.