One of the best aspects of playing through Gearbox's Borderlands franchise is going up against ridiculous and powerful enemies. Tiny Tina's Wonderlands follows suit, putting a twist on this concept by incorporating the kind of fantasy typically found in the Dungeons and Dragons universe.

Whether it's venomous mushrooms, enchanted goblins, or anything else you can think of, you'll be sure to fight against something truly unexpected. One such boss is Kastor The Normal-Sized Skeleton, one of the many bosses found as part of the side quests and extra activities you can undertake in your Tiny Tina’s Wonderlands adventure. 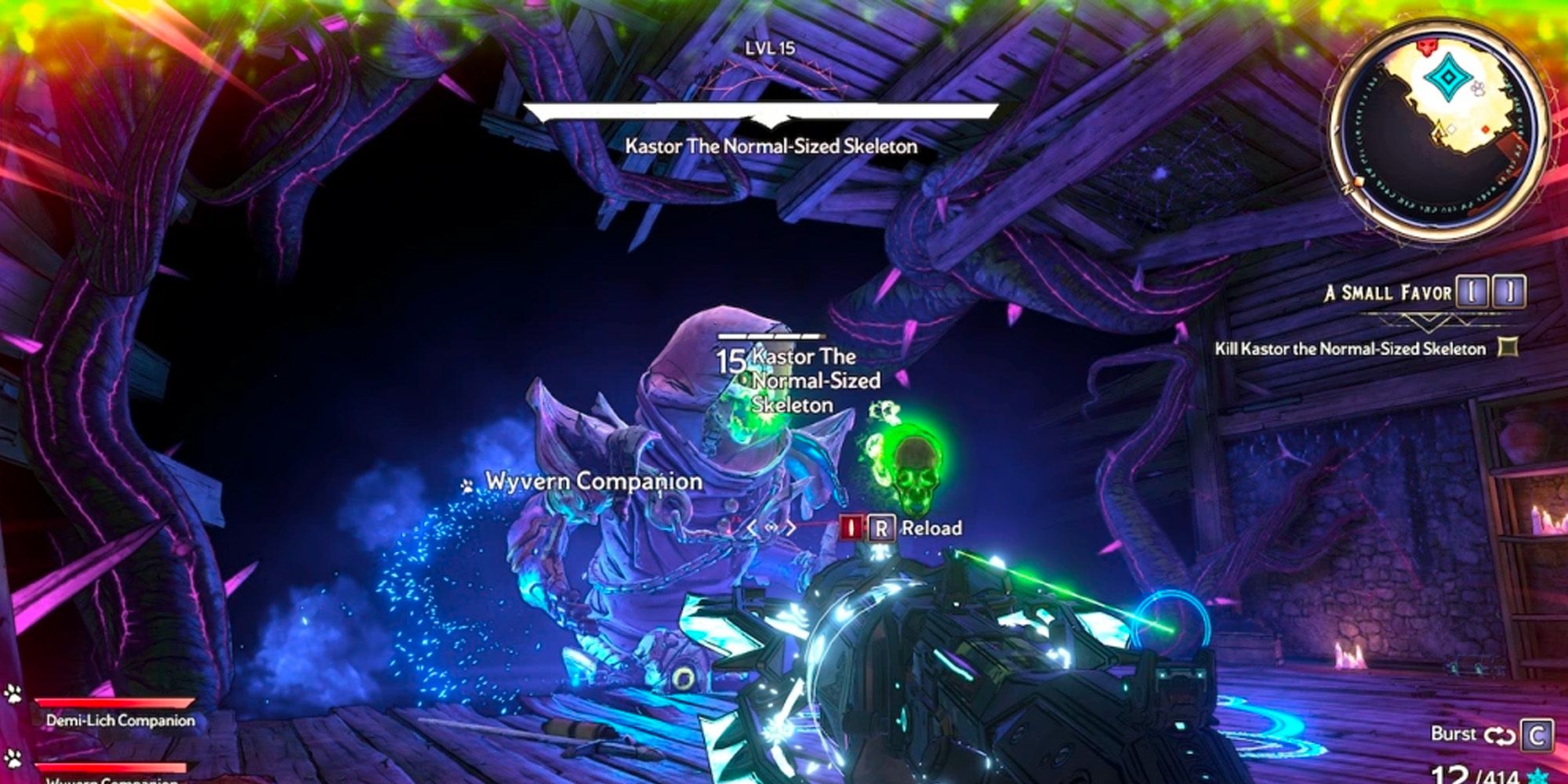 Kastor The Normal-Sized Skeleton will be one of the most straightforward boss encounters you will have during the course of your bizarre adventure. His one gimmick is the fact that this normal-sized skeleton is actually a giant compared to your shrunken body. Focusing on his head is the best route to maximizing your damage output.

Throughout the course of the battle, Kastor will perform a handful of attacks in his attempt to bring you down. Kastor can throw green skulls in your direction, or swing and slam his sword into the ground. These attacks may seem intimidating, but both can be easily avoided by running out of the attack's range or jumping over his swings. Kastor also uses a spell that will lift you into the air and slam you into the ground. It can deal a significant amount of damage if you’re caught in it, but this spell is also easily avoided by moving out of its blue identifier on the ground.

Eventually, Kastor will become invulnerable and lure purple orbs to himself. Make sure you shoot the orbs before they reach him, to interrupt his attack. Once that is done, he’ll summon a wave of skeletons that will run towards you. Simply jump over them to avoid their attack.

Repeat this process three times while damaging him, and Kastor will soon fall to his knees. Once defeated, you can pick up the loot that he leaves behind.