Old school point-and-click adventure games drift in and out of popularity, but through it all, indie developer Wadjet Eye has remained steadfast. With games like Unavowed, Technobabylon, Gemini Rue, and the Blackwell series, Dave Gilbert's studio—sometimes as a developer, sometimes as a publisher—has kept the flame burning bright. Its focus on rich characters, compelling stories, beautiful art, and vintage puzzling make anything branded with the Wadjet Eye logo worth paying attention to—and that includes its next project, Old Skies.

In this time travel story you play as Fia Quinn, a so-called 'time agent' working for an organisation called ChronoZen. In the future, wealthy clients pay them a fortune to take them into the past. Maybe they want to relive their youth, watch an old friend from afar, or resolve some unfinished business. Whatever the reason, no matter how rich they are, they have to play by the rules. Time is a fragile, temperamental thing, and it's your job, through Fia, to protect the timeline at all costs. What could go wrong? Surprising no one, quite a lot.

You can play Old Skies now in the form of a Steam Next Fest demo, and it's worth dedicating an hour or so to. It begins with triangular portals opening in the sky above a construction site, from which Fia and her client, Joe Anderson, are dropped. The year is 2024 and Joe has a simple request: he wants to eat lunch in a diner he used to frequent as a biochemistry student. Well, it sounds simple. It's not long before Fia's skills as a time agent are dramatically tested. Joe ditches her and rushes off into New York City. Why? You gotta find out. 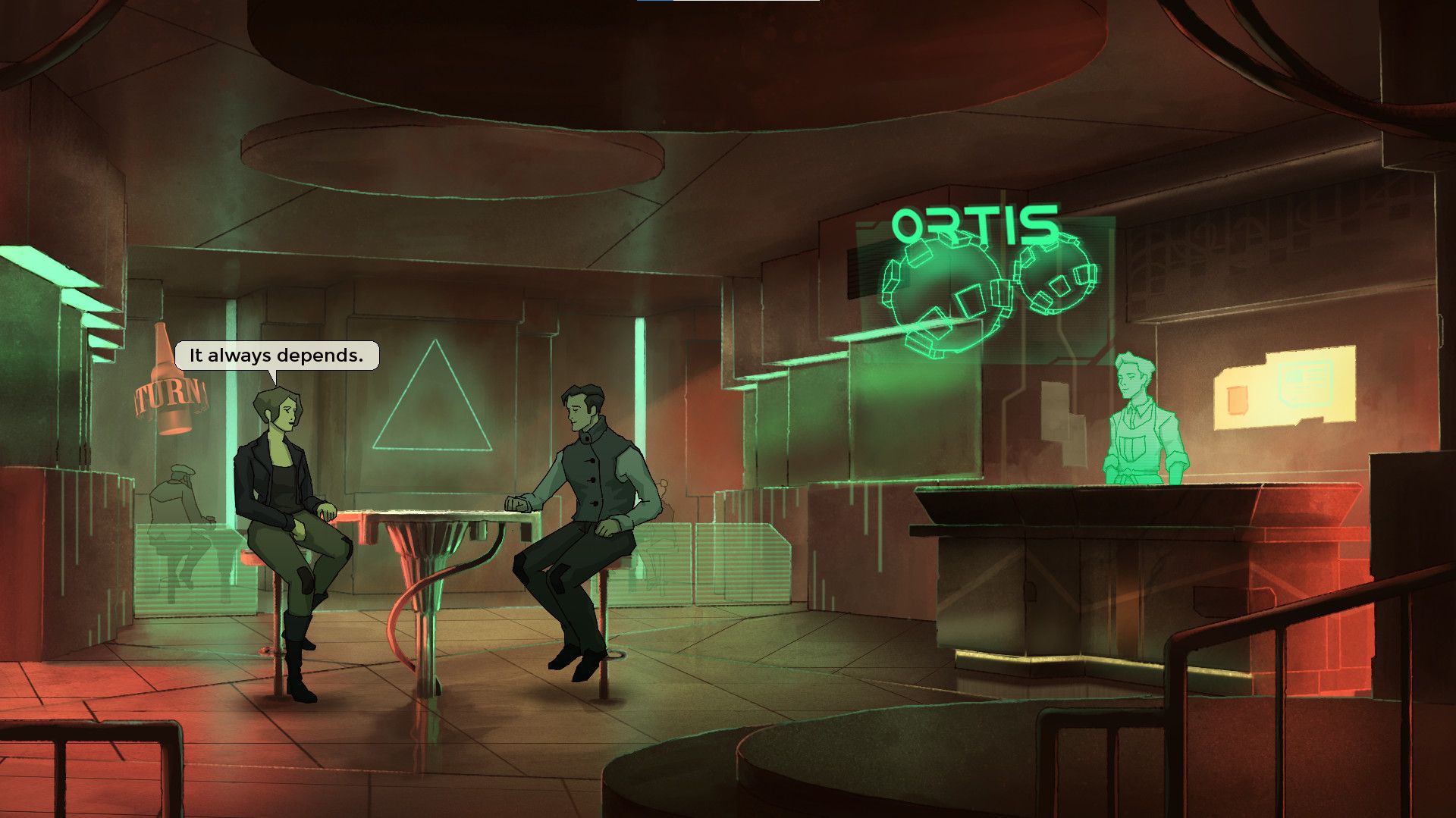 This is a sublime premise for a story-driven adventure. This demo contains only a tiny chunk of the game, but I'm already fully invested. Tracking Joe down won't be easy, but luckily Fia has a few tricks up her sleeve. She can communicate with ChronoZen HQ, back in her own timeline, through an advisor called Nozzo. He has access to a historical database that is very useful when you're stuck in the past. She can also create any amount of money out of thin air and vaporise people. If the timeline is severely in jeopardy, sometimes it's the only way.

In true Wadjet Eye style, Old Skies features a deft blend of comedy and drama. It's humorous, but heartfelt too. As you might expect from a story about rich old people revisiting their youth, the story is tinged with nostalgia and melancholy. But it knows when to make you laugh. I love how nonplussed by time travel Fia is, treating it like any other job. She's well over the gravity of what she's doing—but is also fully ready to spring to action when the timeline is threatened. She's already a great character, and well acted too—as are the folk she meets.

It's a good sign that when the Old Skies demo ended, I was disappointed. It drew me effortlessly into its story, and I'll be jumping back into it the instant the full game launches. It's a point-and-click adventure in the most traditional sense, with puzzles, slow pacing, and lush hand-drawn backgrounds that fans of the genre will immediately fall in love with. I'm also sold on the fact that, harking back to the cruel adventure games of the '80s and '90s, you can actually die. But remember: you're a time traveller. You can always try again.