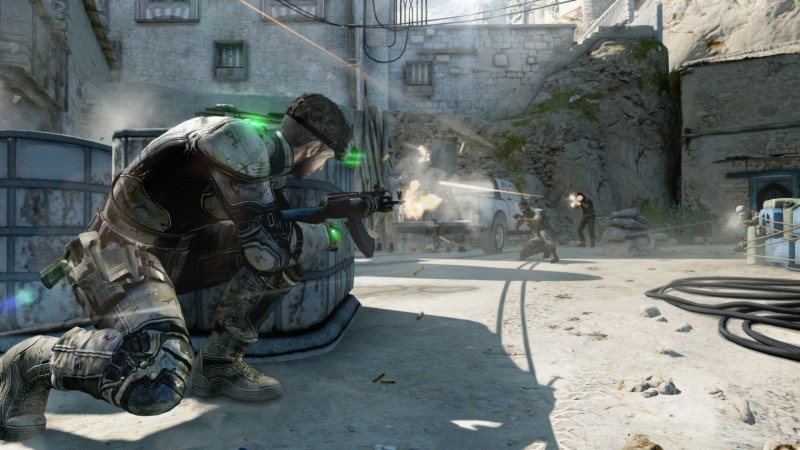 Update: The announcement may not be as official as we once may have thought. Shortly after the initial tweet, Gerighty changed his profile picture and Twitter background to Splinter Cell imagery, then posted he might be in trouble due to his tweet, and to not retweet it (likely said tongue-in-cheek).

Ubisoft, however, says the whole “announcement” is a hoax. “Julian was obviously joking as Julian likes to do,” the company said in a statement to Game Informer. “It looks like our creative directors are having fun right now. We do not have any announcements to make at this time.”

Whether this is actually the case or Ubisoft trying to cover up a leak is up for debate at this point. We’ll find out at E3, I suppose.

Original Story: We’ve just gotten our first official confirmation there’s a new Splinter Cell game on the way in a rather unceremonious fashion.

Julian Gerighty, who was the creative director on The Division 2, has revealed through a tweet celebrating drinks with a few of his colleagues at Ubisoft that he’s working on the next game in the franchise with For Honor creative director Roman Campos Oriola and Far Cry series producer Dan Hay. “Only missing @GhostRecon and @Rainbow6Game – but on their way,” he said, presumably referring to the members from those teams who had not yet joined them at their gathering.

The tweet also mentions Gerighty “can’t wait for E3,” which likely alludes to this new Splinter Cell game being revealed at Ubisoft’s press conference at the show on June 10.

Ubisoft has been teasing a new Splinter Cell since at least 2017, when CEO Yves Guillemot told Geoff Keighley they hadn’t forgotten about the series. Since then fans have been fed morsels, with Sam Fisher showing up in Ghost Recon: Wildlands even as Guillemot stated earlier this year a new game in the series would have “too much pressure” on it.