Vampires in V Rising are strange, in that they essentially seek to be the only evil entities 'alive'. Other factions such as the Undead are viewed as enemies, and you will be carving your way through various Skeleton Liches and Priests in order to exterminate them from your lands. Foulrot The Soultaker is one such enemy, and rules his Village with an iron fist, surrounded by loyal minions.

In this guide you will learn where to find Foulrot The Soultaker, the best battle strategy for defeating him, and what rewards you stand to gain should you emerge successful. 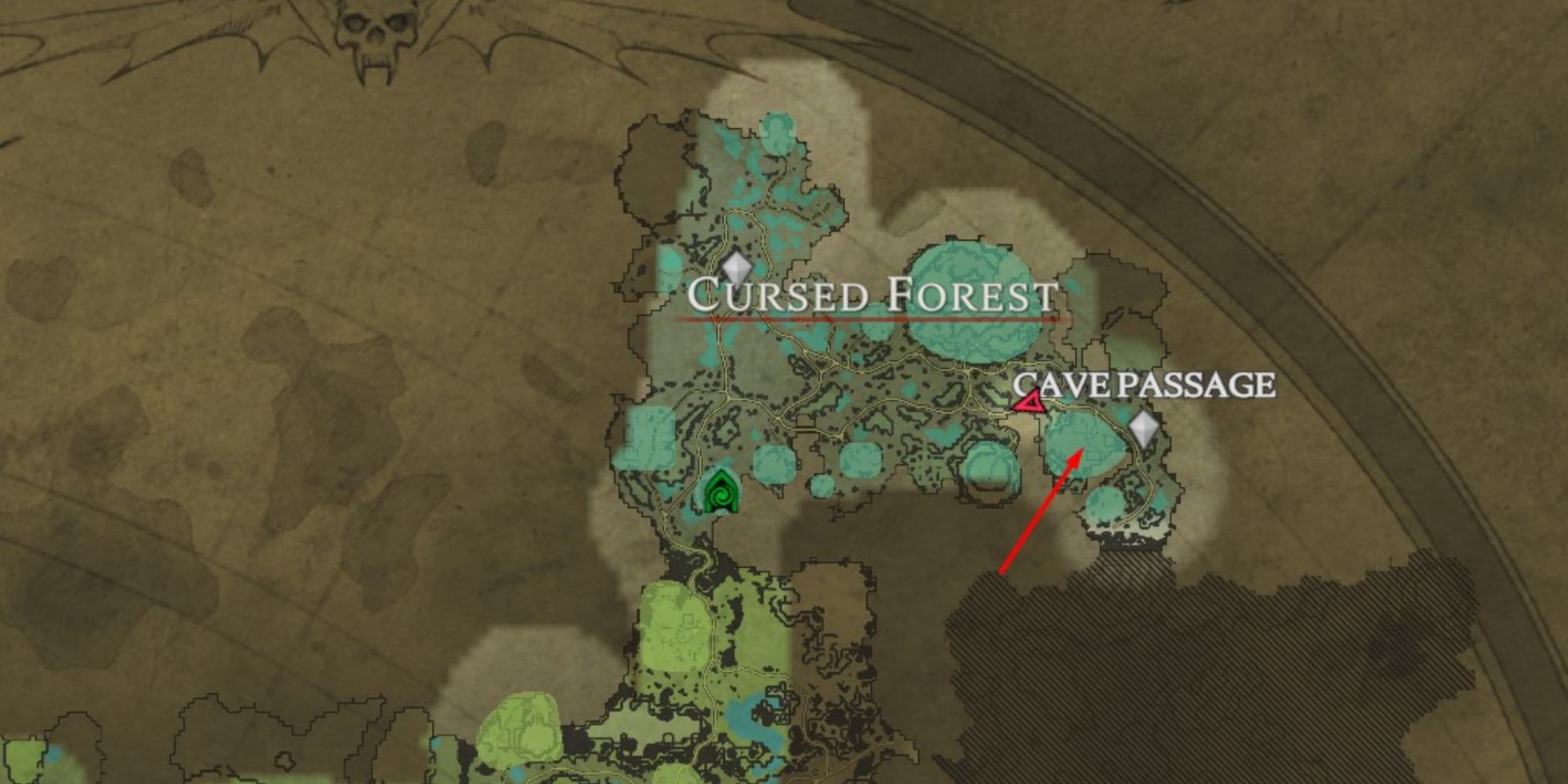 Foulrot The Soultaker can be found at the back of the Eastern Ancient Village within the Cursed Forest region. There are multiple entrances to the village, but approaching off the main road on the Western edge will allow you to skip most of the patrolling enemies inside. The Village is crawling with Skeleton Mages, Skeleton Bishops and Banshees, and while some of these will be quite low in combat level, they are annoying to have to fight, due to their propensity for summoning extra minions.

The Cursed Forest Waygate will be your closest teleport, but you will still have to travel the entire length of Forest to reach the Ancient Village. Dangerous enemies such as Witches and Night Lurkers will dog your tail, so either take your time and slowly progress, or try to run through and dodge as many enemies as you can.

Once you find Foulrot at the Village's Altar, you should try to clear out any surrounding mobs. The fight is not particularly high in movement, but it is nice to have a little extra space for running and dodging. He will be flanked by two Skeleton Mages, and these are certainly your first priority for killing, as they will constantly throw spells at you and disrupt your fight with Foulrot.

Due to Foulrot always being found in the same location, using your Blood Altar to find his blood trail is not required. 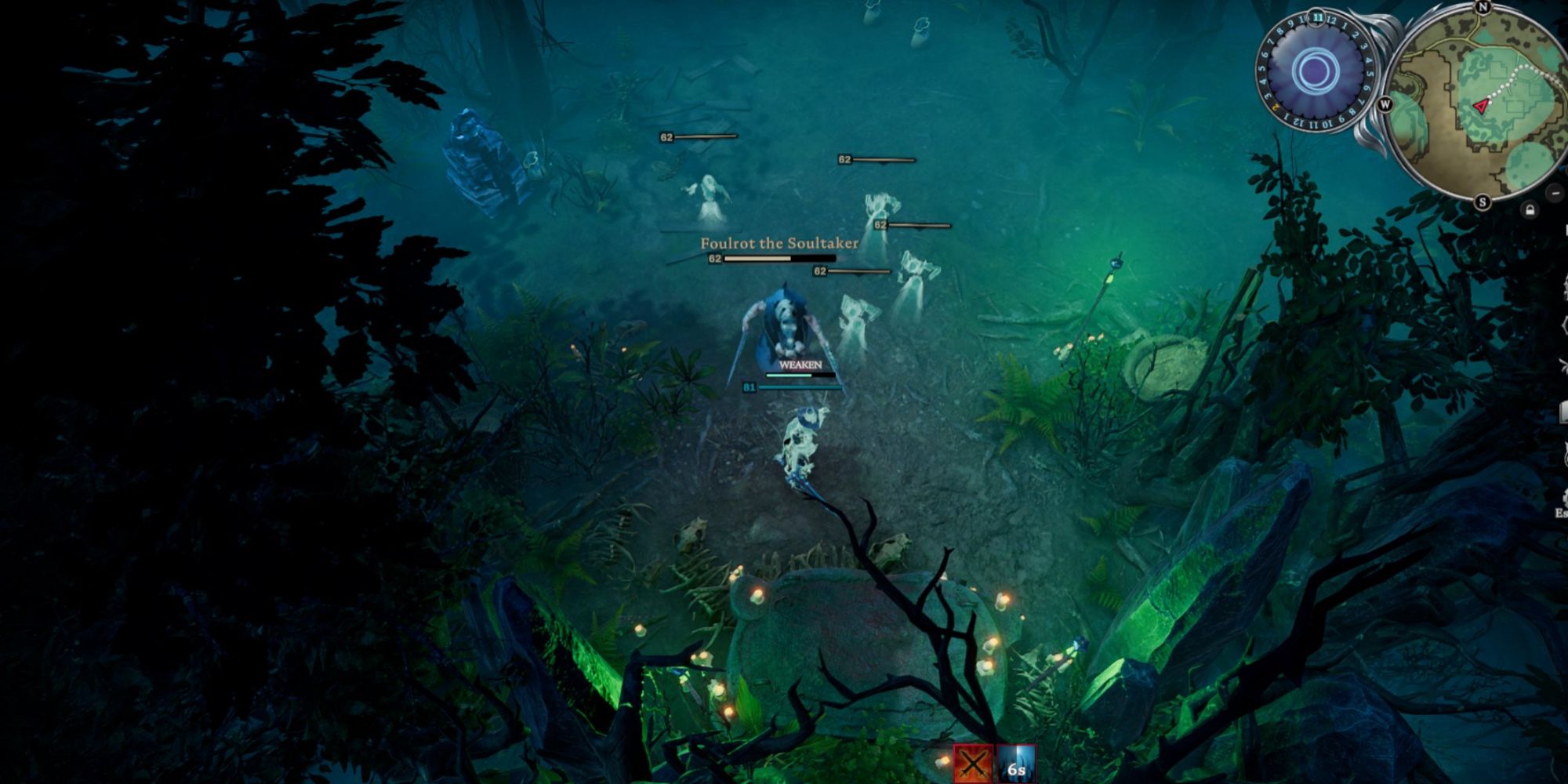 Foulrot The Soultaker is a combat level 62 boss, and is quite a simple fight. He only has a few attacks that can be easily dealt with if you understand how they function. Foulrot's basic attack is a melee swing with his two swords, dealing light damage. He will slowly walk towards you, and can be kited without too much reliance on crowd control, so just try to stay at range.

Upon reaching 75 percent health, Foulrot will turn into a spirit and become immune, while summoning three Lesser Banshees. In order to damage the boss you must first kill them off. They will chase you around performing basic melees. They are not particularly tanky, and a strong AoE spell should be enough to severely damage if not kill them outright. Foulrot will repeat this spell at 25 percent, so just repeat the same process of kiting and AoEing.

The Soultaker's strongest move is to turn invisible and perform a short range teleport. He will then reappear next to your location, striking you for large damage and applying a weakness debuff. This will last for quite a few seconds, so try to immediately dash away with your Travel Ability once you see him turn invisible.

For your spell set-up, it is recommended to run a combo of Chaos Volley and any AoE spell such as Aftershock or Corpse Explosion. Spells that can provide Slow or Stun effects are useful, as you will mainly be kiting the boss and his Banshees, but you have a variety of options. An Ultimate of either Crimson Beam or Mirror Strike is your best bet, as the high burst AoE will allow you to very quickly destroy the Banshees. Take a Dark Silver Reaper as your weapon, and some Dawnthorn Regalia armour. Scholar Blood is always your strongest choice for Blood Type.

The fight is not a particularly tough one, and with some good movement you should be able to take down Foulrot in a decent amount of time. Just remain vigilant for his teleport and blow up the Banshees as quickly as possible. 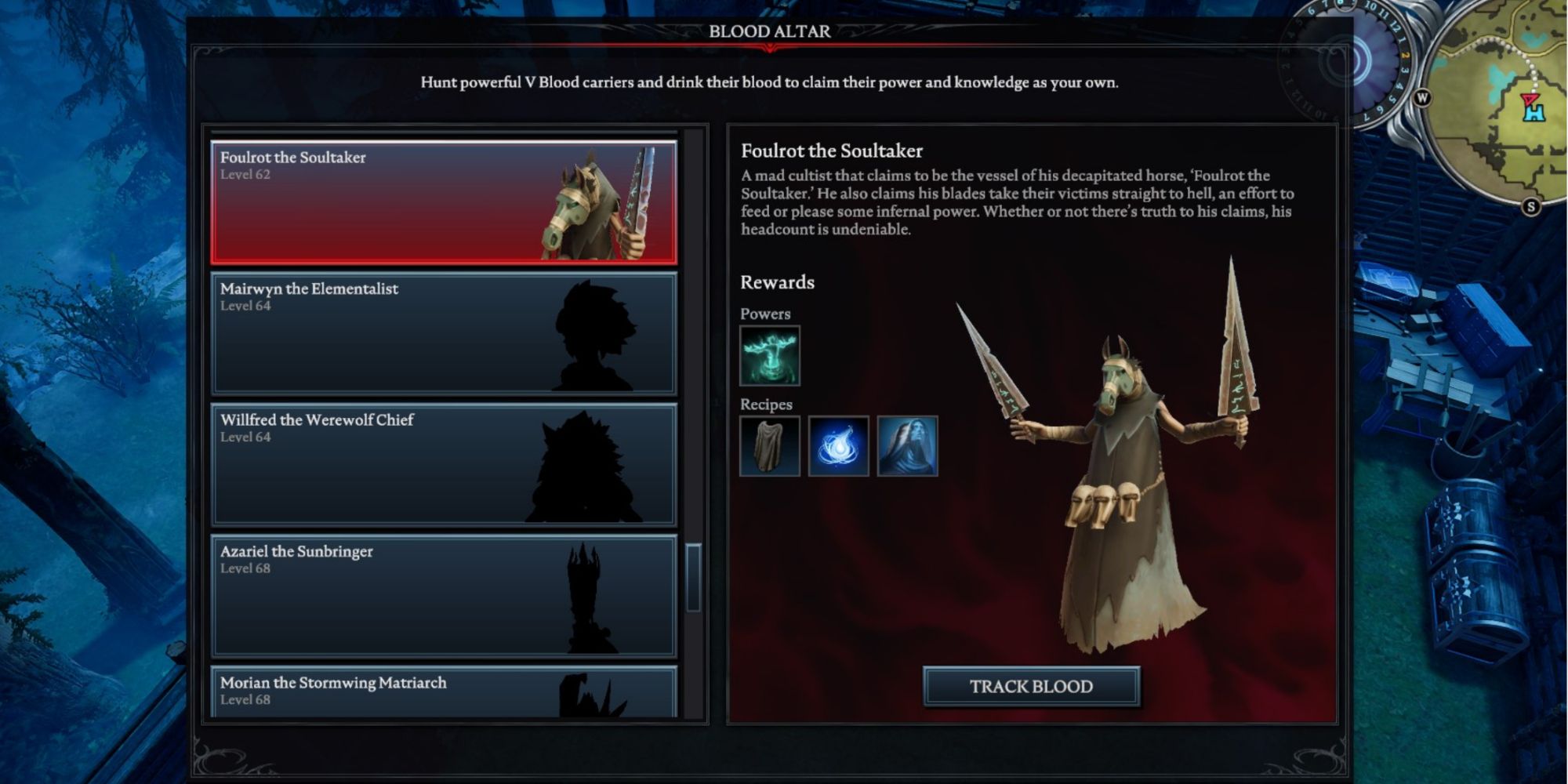 Foulrot The Soultaker comes with a few rewards, one of which is particularly powerful. His first reward is the Mist Trance Vampire Power, a counter spell that will turn you immune for just over one second, rendering you incapable of performing any other action, as it will cancel the effect. When you bypass an incoming attack, you will be teleported to your current cursor position, and the cooldown of your second weapon ability will be reset.

This spell is situationally useful, as a full immunity can be very powerful against certain mechanics, or in a PvP duel. However, the duration is very short, and it does not really impact your damage output, so a shield type spell such as Ward of the Damned is generally preferable in most situations.

The next reward is the Phantom's Veil Cloak recipe. This is considered the strongest cloak in the game, and should be a must-craft upon obtaining, as its stats are superior to all other options. The Veil can be crafted at your Tailoring Bench using Eight Ghost Yarn and Eight Spectral Dust. Due to the power of this item, Foulrot is generally considered to be a mandatory kill, but it is technically possible to skip him and still complete the game.

Foulrot will also allow you to craft Spectral Dust at your Grinder, using four Gem Dust and 40 Ghost Crystals. This resource can be used for a variety of late game creations, such as the aforementioned Phantom's Veil or the Eye of Twilight structure, so it is a valuable commodity.

The last reward you will gain is the Banshee recipe for your Tomb structure. This will allow you to farm Spectral Dust, Grave Dust and Scourgestones from the comfort of your home, and is a niche but useful addition.