V Rising offers a unique spin on the survival game genre. Unlocking new Vampire Powers and buildings to customise your Castle is the game's core progression system, and is achieved by defeating numerous bosses and draining their V Blood. Lidia the Chaos Archer is a slight step up in difficulty from the other early game bosses, and can also be difficult to track down, so you will need to be prepared for her encounter.

This guide will instruct you on how to find Lidia the Chaos Archer, a recommended battle strategy for defeating her, and what rewards you will claim should you be successfully in your hunt. 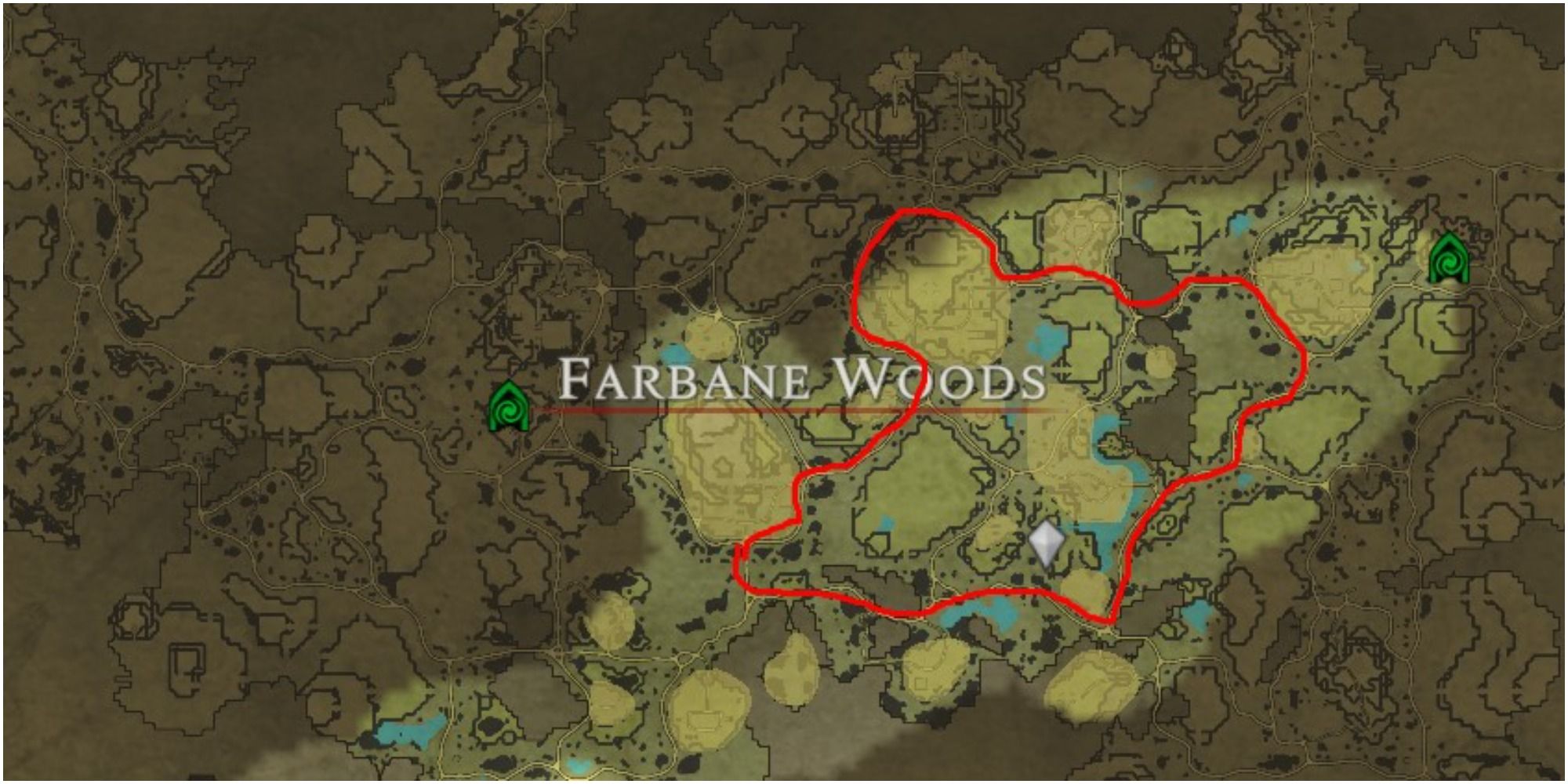 Lidia The Chaos Archer is one of the more difficult bosses to locate in V Rising. She has no set position, and will roam around a large area of Farbane Woods. Primarily to the South of the Forgotten Cemetery, Lidia will be found slowly walking along the roads alone. Due to not knowing where she's located, using your Blood Altar to track her is heavily recommended in order to speed up the process of discovering her. Simply follow the trail of blood emanating from her current location.

Because there's no set location to fight Lidia, not much guidance can be given on preparing a boss arena. However, make sure you have plenty of nighttime left, and try to clear out any wild animals or Bandits on the road to give yourself some more space. 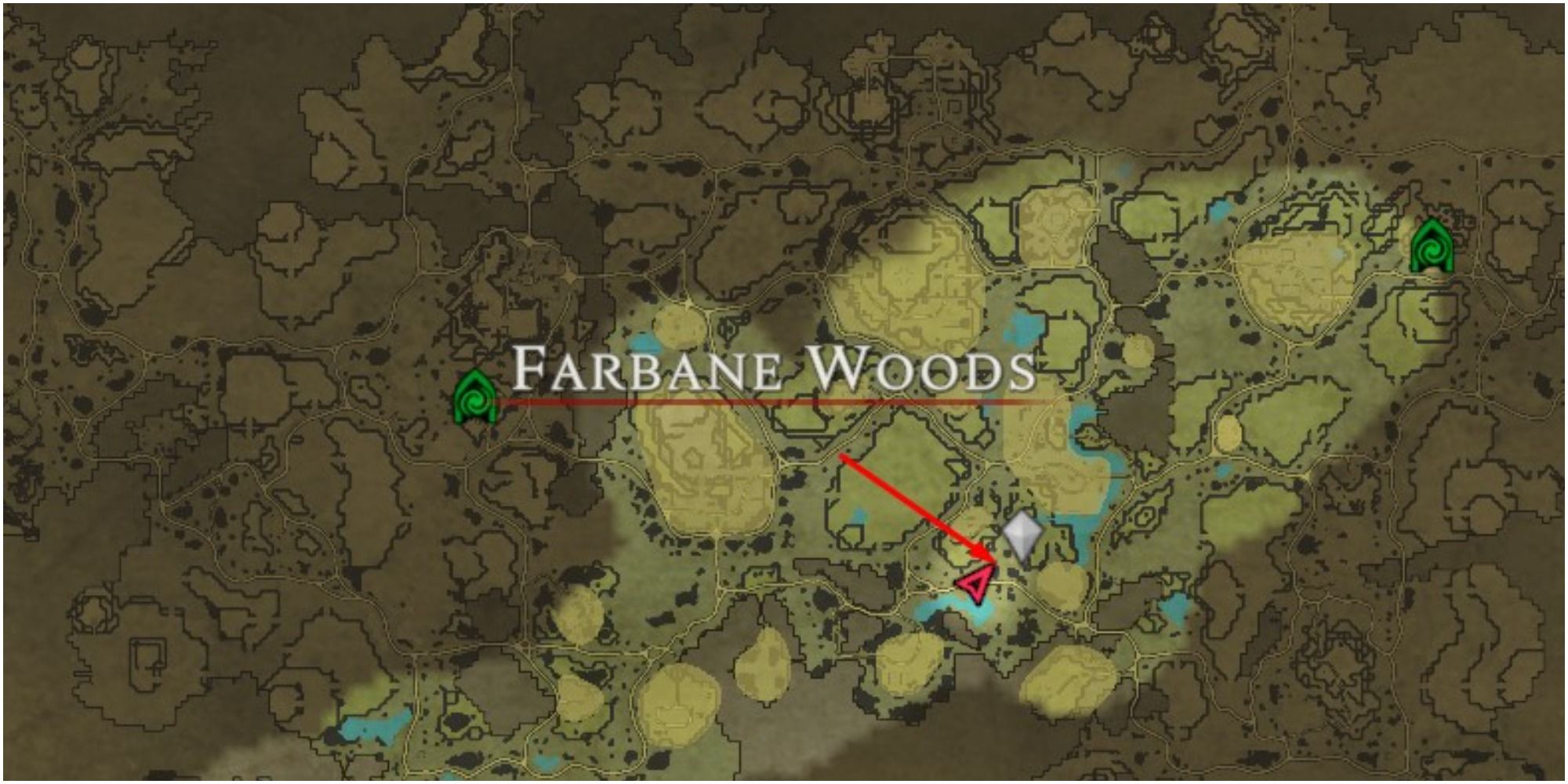 While Lidia the Chaos Archer's movement is varied, she does have a set spawn location close to the Eastern Cave Passage. So, if you want to farm a boss for Unsullied Hearts, she can be a decent option. 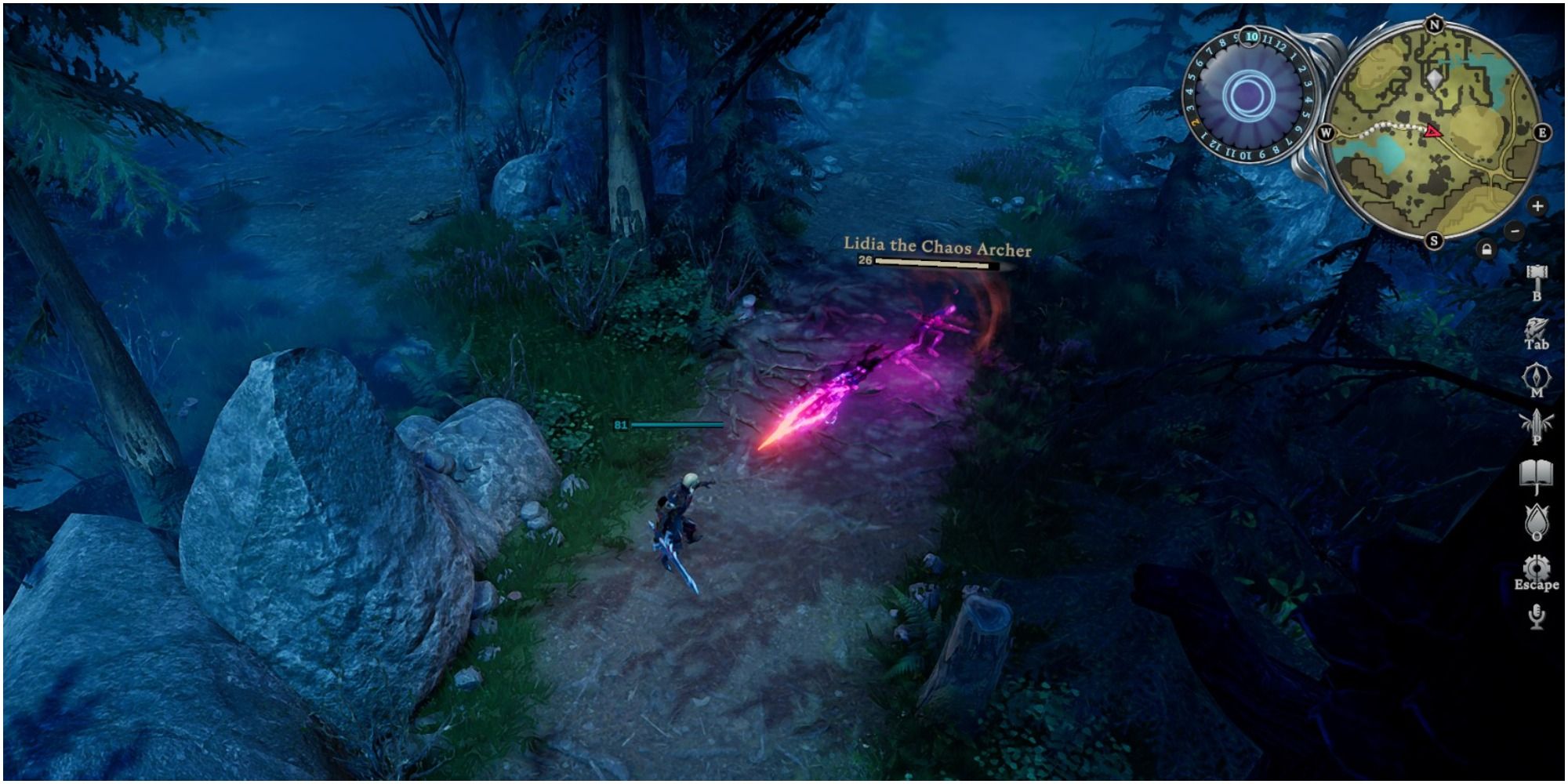 Lidia has a couple of very high-damage abilities that you will need to be aware of. Her first is a volley of Chaos Orbs that splash on the ground in a large AoE. If you are hit by the initial projectile, or walk over the patch of Chaos Fire left on the ground, you will be set ablaze with Chaos Burn and suffer ticking damage for a few seconds.

Your best bet to avoid this ability is to leave melee range and retreat to a safe distance. The orbs do not travel particularly fast, and with sufficient space you should not get hit by them.

After the Chaos Fire has covered the ground you might have to move to a new area, and because of her ranged playstyle you may find it slightly tricky to get Lidia to come with you. If you can line of sight her behind an object, it should force her to follow you away from the fire.

Lidia's second ability is a Volley of Chaos Arrows towards her target. The direction will change depending on where you are standing, so be sure to keep moving for the entire ability in order not to get hit. As Lidia reaches a low health percentage she will use this ability more frequently, so be careful not to over commit.

Similarly to Keely the Frost Archer, Lidia will periodically go invisible. She can still be seen as a very faint watery shape, so you can follow her and keep up your damage. She will retreat in a random direction and can sometimes stand in her Chaos Fire, preventing you from attacking her in melee. Any effects you apply to her will still be visible during the ability.

As Lidia is a combat level twenty-six boss, you might struggle if you are still using Boneguard Armour. If you have defeated Keely the Frost Archer, you should be able to create some Nightstalker Armour using your new Leather, which will give you plenty of defense for this encounter. All weapons are viable but make sure to have a Crossbow or ranged single target spell like Shadowbolt, which will allow you to damage Lidia if she decides to stand in fire. 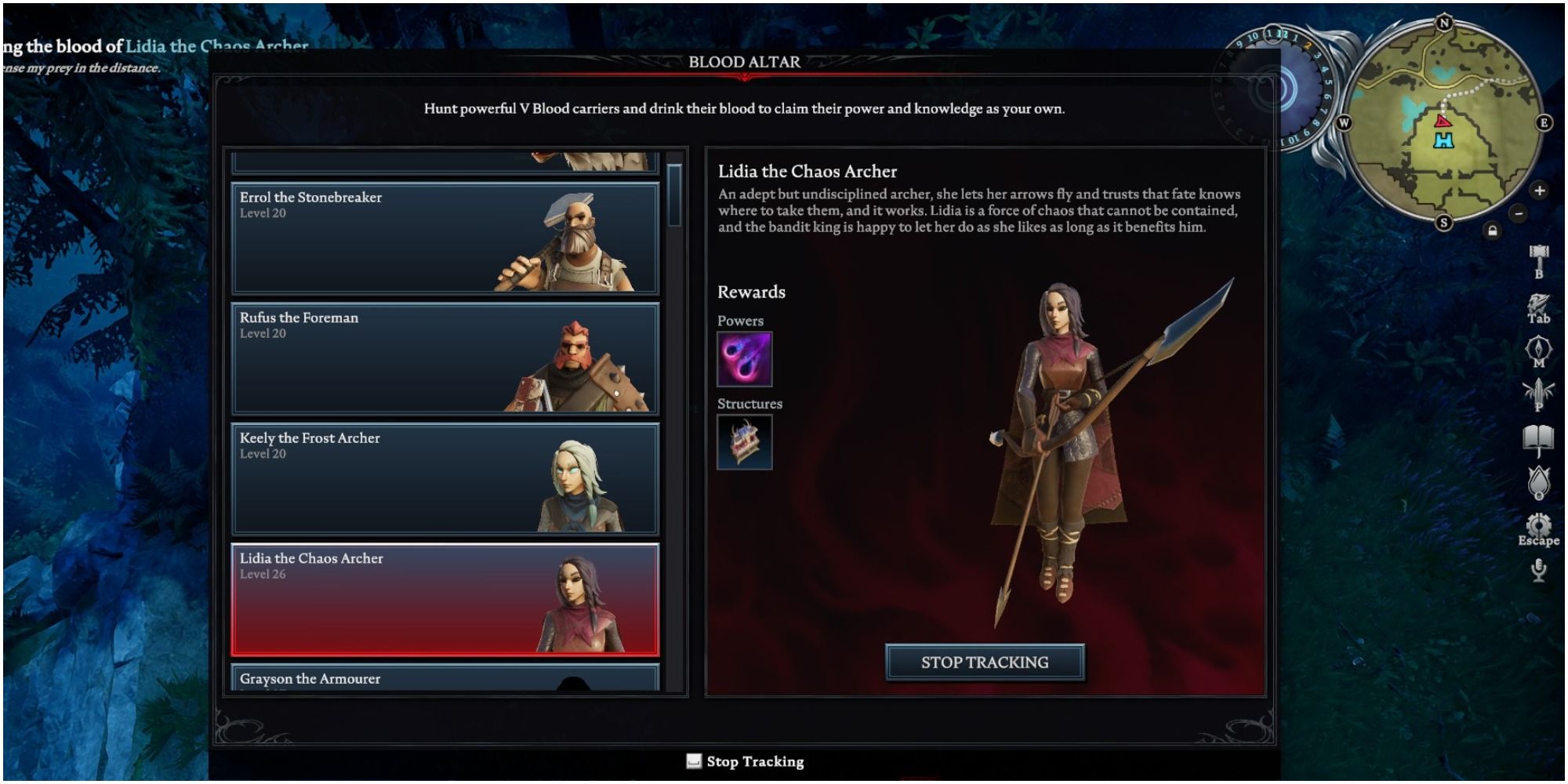 Lidia The Chaos Archer provides you with two rewards, the first being the Chaos Volley Vampire Power. This will launch two projectiles forwards, with a slight delay in between each. These will apply Chaos Burn to enemies hit, dealing ticking damage for a few seconds. This is a great ability to pair with Shadowbolt, and will provide you with two very strong ranged options on a low cooldown.

Single target spells are a great resource in V Rising, as they allow you to burn down bosses from a safe distance, and the majority of weapons will have a way to deal AoE damage, meaning you can change your build to cover each option.

The second reward is the Devourer structure. A unique utility building, the Devourer will destroy any crafted item and disassemble it into its basic components. You will not receive them at the same ratio as the item cost to build, but it is a nice way of getting a few extra resources and avoiding a build up of useless armour and weapons.