If you can’t already guess that by its name, Valheim’s Swamp biome is a dark and murky area filled with mud and massive trees. Not only that, but it’s always raining in this biome, giving your character the Wet effect (which makes health and stamina regeneration slow down).

These characteristic makes this biome a difficult one to see in, leaving you weak against aggressive creature’s attacks. The more prominent type of damage you’re going to get while exploring this biome is poison damage since the Swamp is home to poisonous creatures such as Oozers, Blobs, and Leeches. While you can prepare yourself before entering this biome by crafting Poison Resist Mead, here’s the best way to deal with each creature. 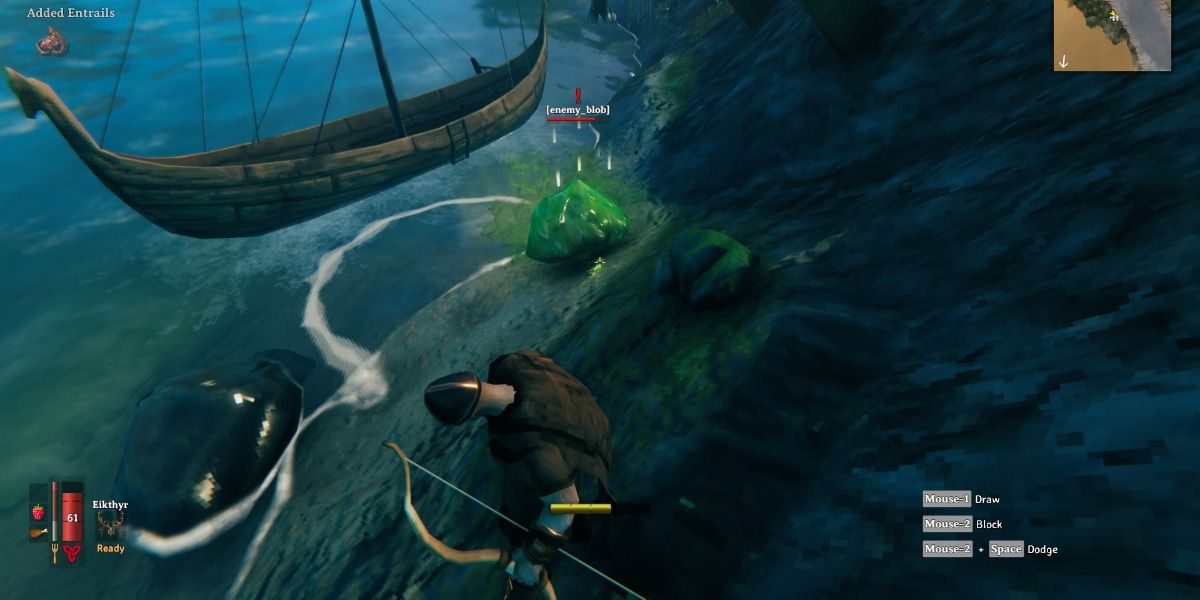 Blobs look like a, well, Blob. This creature is a large and green monster that looks like slime came to life. They like to attack by getting near the player and then releasing an area-of-effect poisonous gas.

These creatures have three tiers:

Once killed, a Blob drops Ooze or the Blob trophy. Ooze is a great material you can use to craft powerful ammo, such as Poison arrows and Ooze bombs, so dealing with Blobs will pay off.

How to deal with a Blob 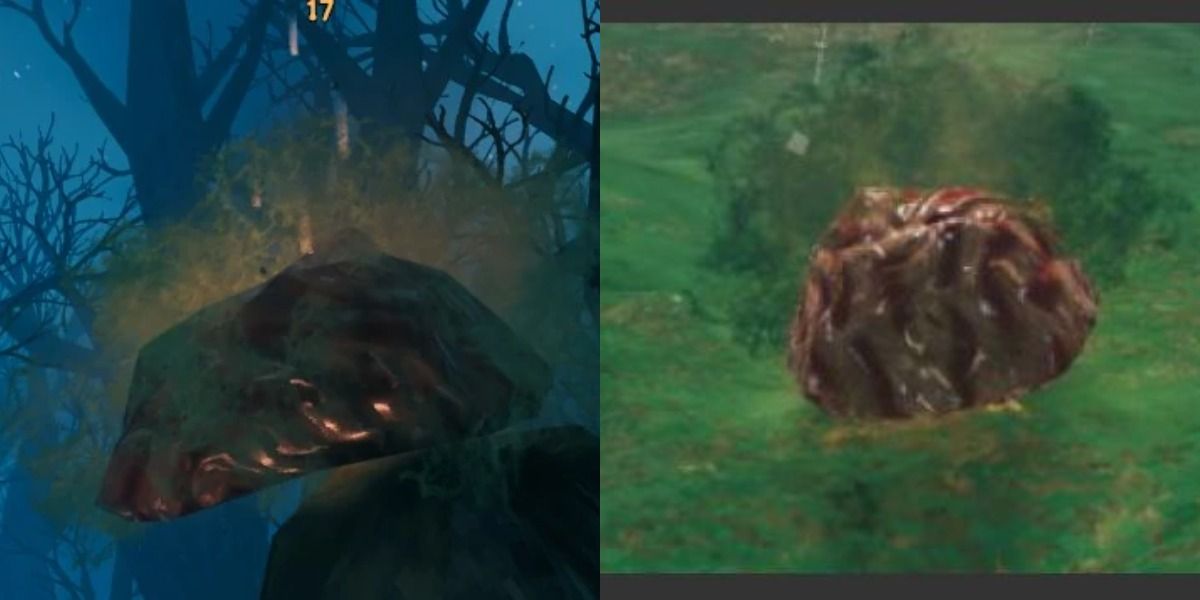 These creatures look similar to Blobs (they’re both slimy-like monsters) but are brown in color instead of green. They also have an AoE poisonous attack, but the area is much wider than the Blob’s one.

When you kill one of these creatures, it will drop Ooze or Scrap Iron. Oozers also have three tiers of rarity, each with different stats.

How to deal with an Oozer 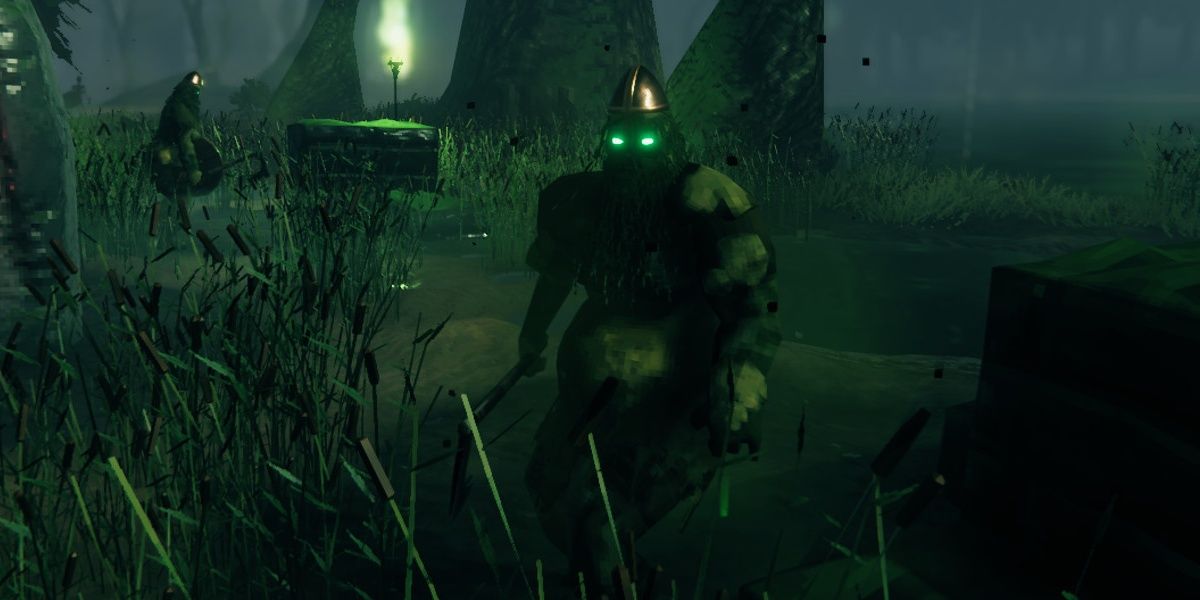 According to the game’s lore, these creatures were once noble people that challenged the gods and lost the battle against them, so now they’ve become monsters that walk the earth wearing ancient rusty armor in a constant state of despair.

When killed, these creatures drop the Draugr trophy and Entrails (an item you can use to craft sausages). Depending on the rarity of the Draugr, it will inflict more or less damage.

How to deal with a Draugr 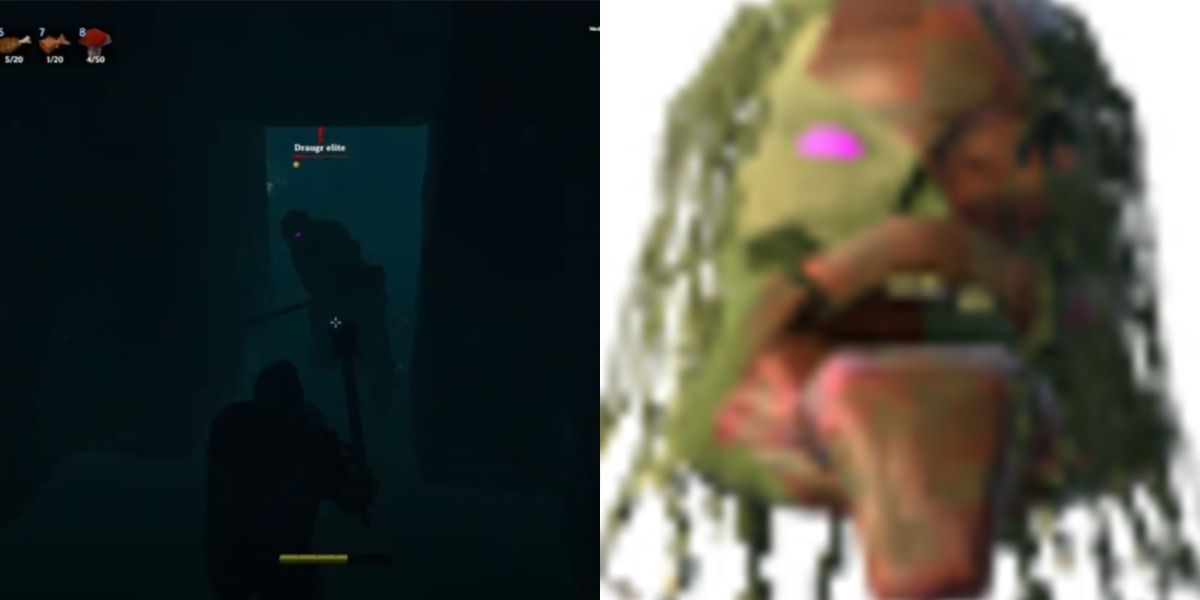 If you thought Draugr where a mighty enemy, wait until you face a Draugr Elite. As you can expect, these creatures are larger and stronger than the common Draugr. They also have glowing purple eyes to finish their terrifying look.

When killed, Draugr Elite drops the Draugr Elite trophy and Entrails. They also have three tiers of rarity, those are:

How to deal with a Draugr Elite 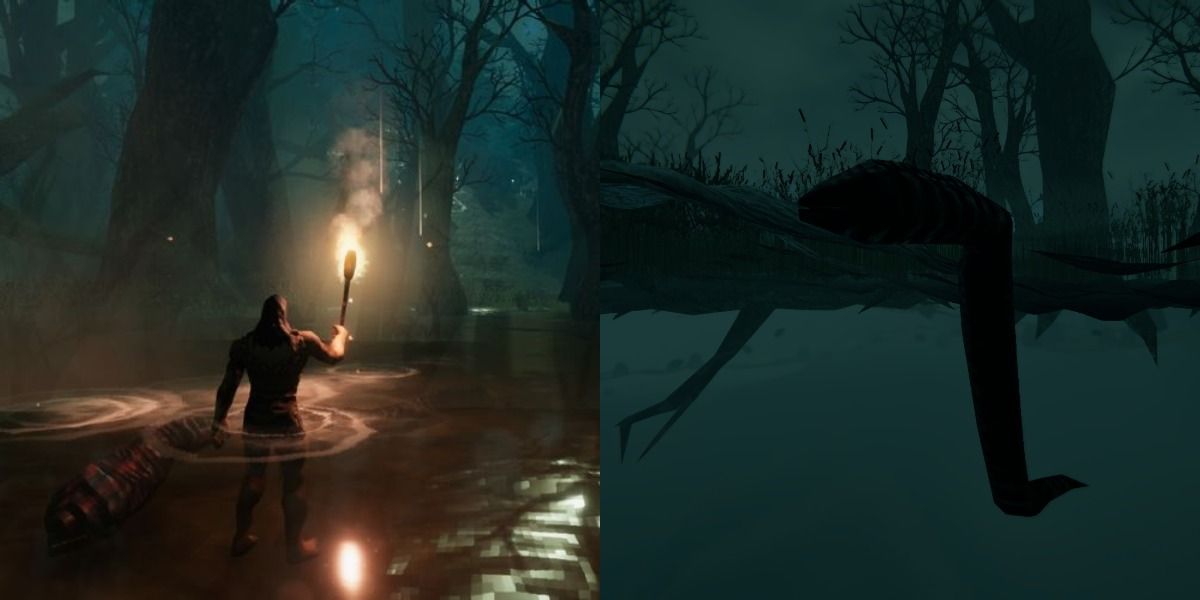 If leeches in the real world weren’t scary enough, in Valheim, these creatures are 2 meters long! They can also deal with Poison damage and have three types of rarity.

When killed, these creatures drop the Leech trophy and Bloodbags (an item you can use for crafting and building).

How to deal with a Leech 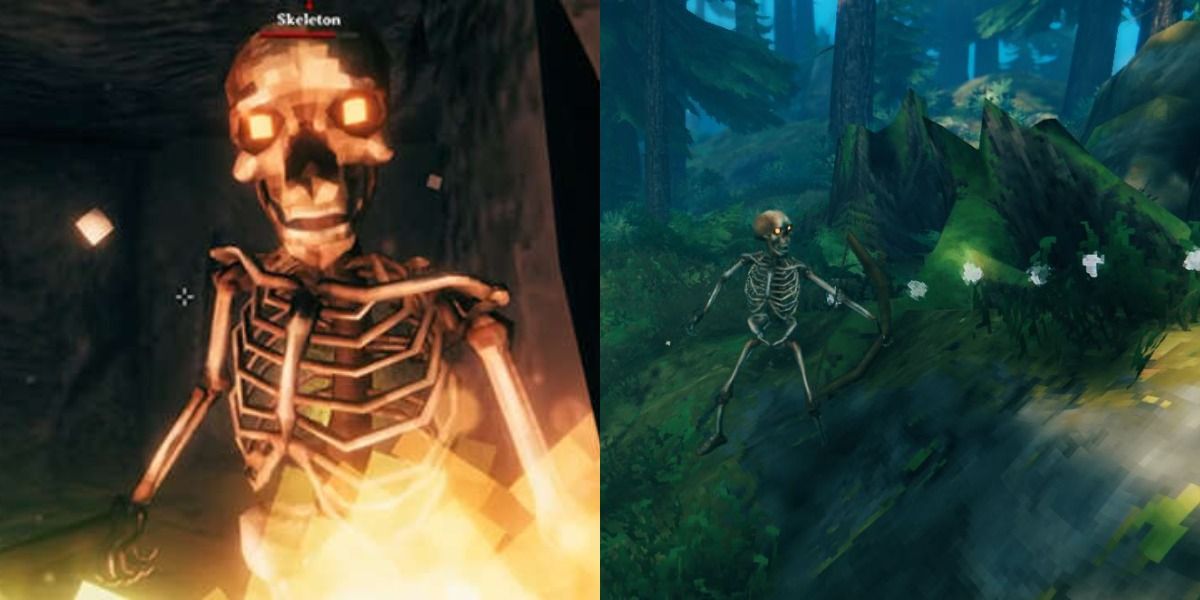 You’ll find these creatures in the Swamps and the Black Forest; they are the ones in charge of guarding Burial Chambers and Ruined towers. Since they are guards, Skeletons will spawn with certain weapons. They can have bows, swords, a sword, and shield, or a sword and bronze buckler.

Once you kill one of them, you’ll get the Skeleton trophy or Bone fragments ( an item you can use to craft and make upgrades). As with the other creatures, Skeletons have three tiers of rarity.

How to deal with a Skeleton 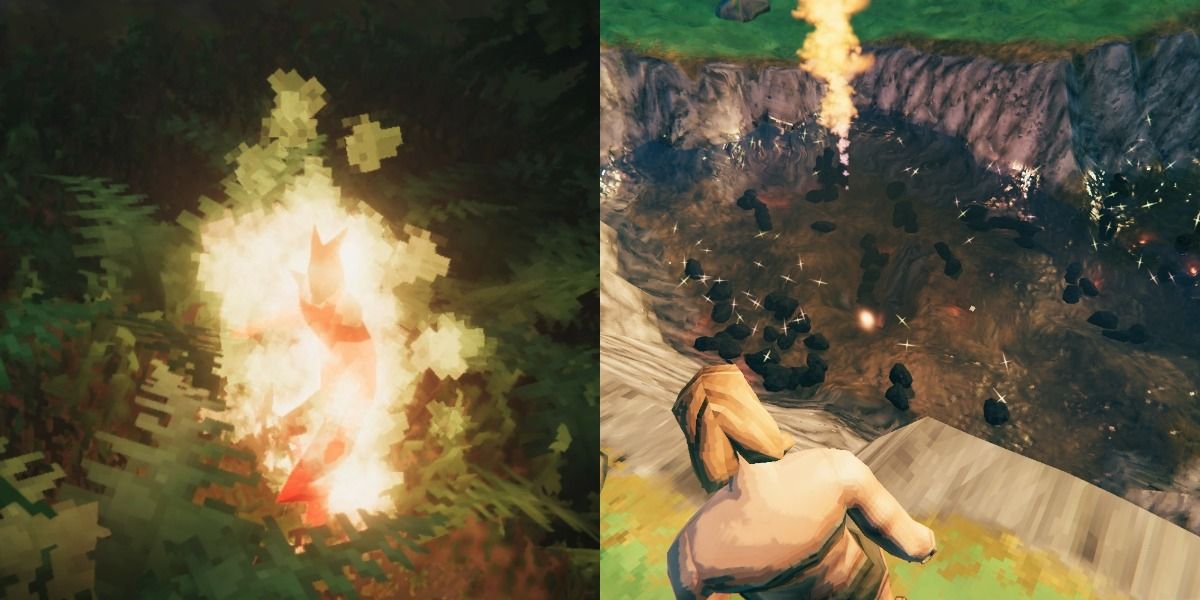 These creatures are small but can be a real pain if you stumble across a group of them. They like to attack Greydwarfs and the player by throwing fireballs at them. This will set the target on fire, causing it to receive damage over time. Also, there is a chance you’ll get raided by Surtlings during the later stages of the game.

You’ll find these little guys in the Swamps near Fire geysers or next to Runestones. Once you kill them, they’ll drop the Surtling trophy, Surtling core (an item you’ll need to build things like the Smelter or to make Fireworks), or Coal (an item you can use to fuel Smelters and Blast furnaces).

Surtlings also have three tiers of rarity, with each one having different stats.

How to deal with a Surtling 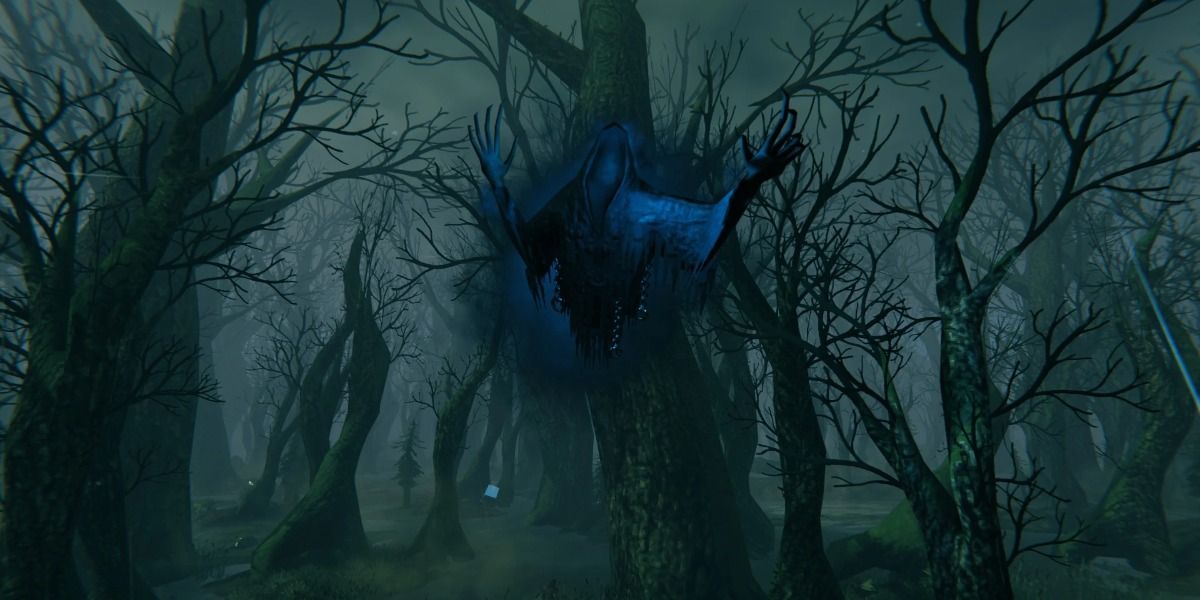 These creatures kinda look like the Dementors from Harry Potter, so you know they are dangerous. Wraiths can fly and will spawn at night in the abandoned houses you’ll see throughout the Swamp.

Once you’ve managed to kill one of these, they’ll drop the Wraith trophy and Chain (an item you can use in crafting to make things like the Black metal shield or the Wolf armor chest. You can also use Chain to build Forge bellows and Hanging brazier)

You can encounter three different types of Wraith.

How to deal with a Wraith

NEXT: Valheim: How To Brew Meads And Wine 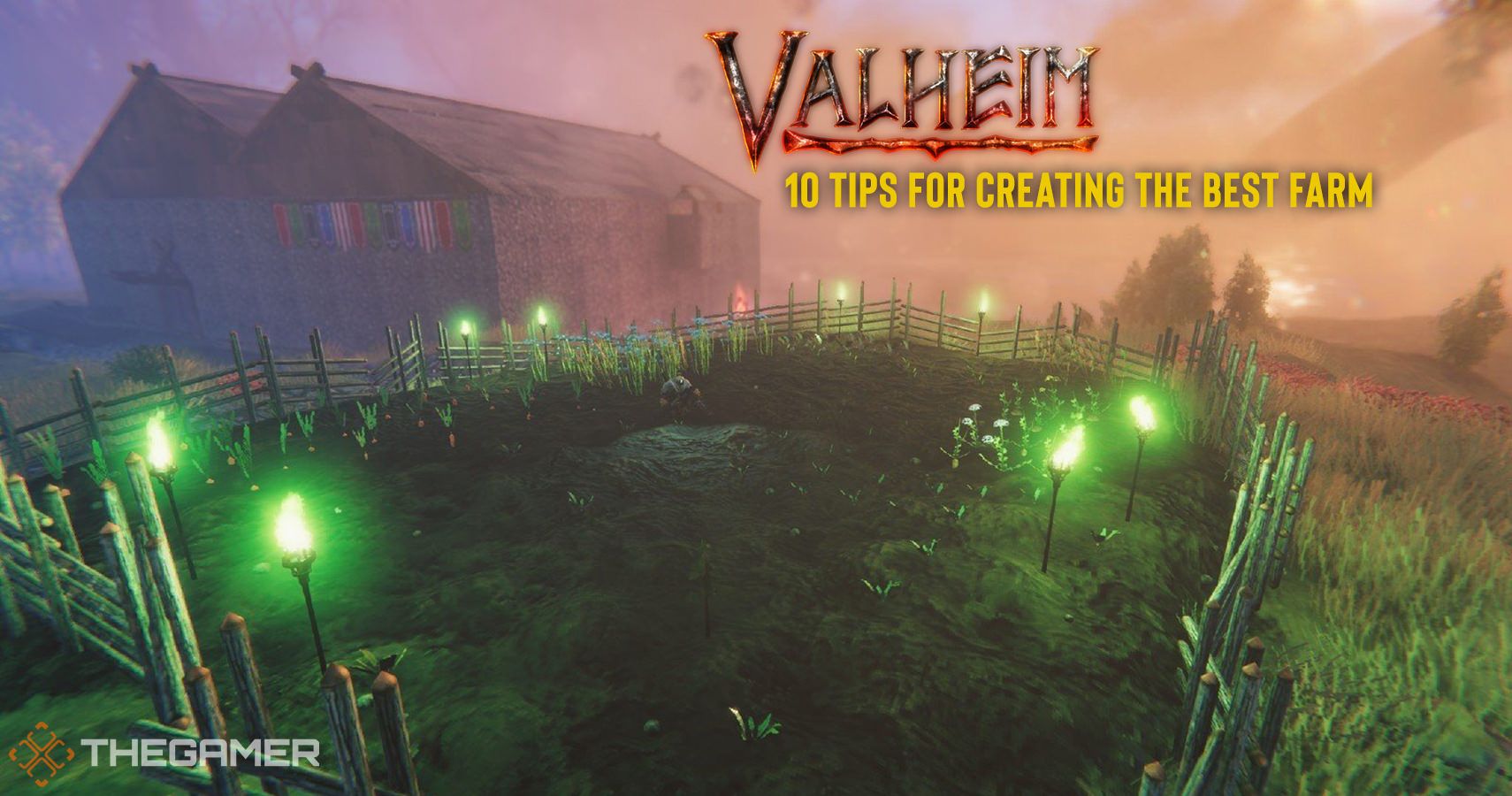