Aside from establishing a homestead, sailing the open seas, becoming a Viking culinary master, and defeating the world bosses, Valheim is all about one thing; farming. The creation of a Cultivator and the various vegetable seeds you can pick up throughout the different biomes makes cultivating and sowing a vegetable patch obvious. But did you know you can raise your own bee farm as well?

Throughout your adventures, you’ll come across wild beehives that have formed within abandoned buildings. These are rich in honey if you can avoid the sting. However, hives have the chance to spawn other items as well, which will allow you to farm this sweet nectar on your time from the comfort of your own base.

The Bees Are Buzzing In The Trees 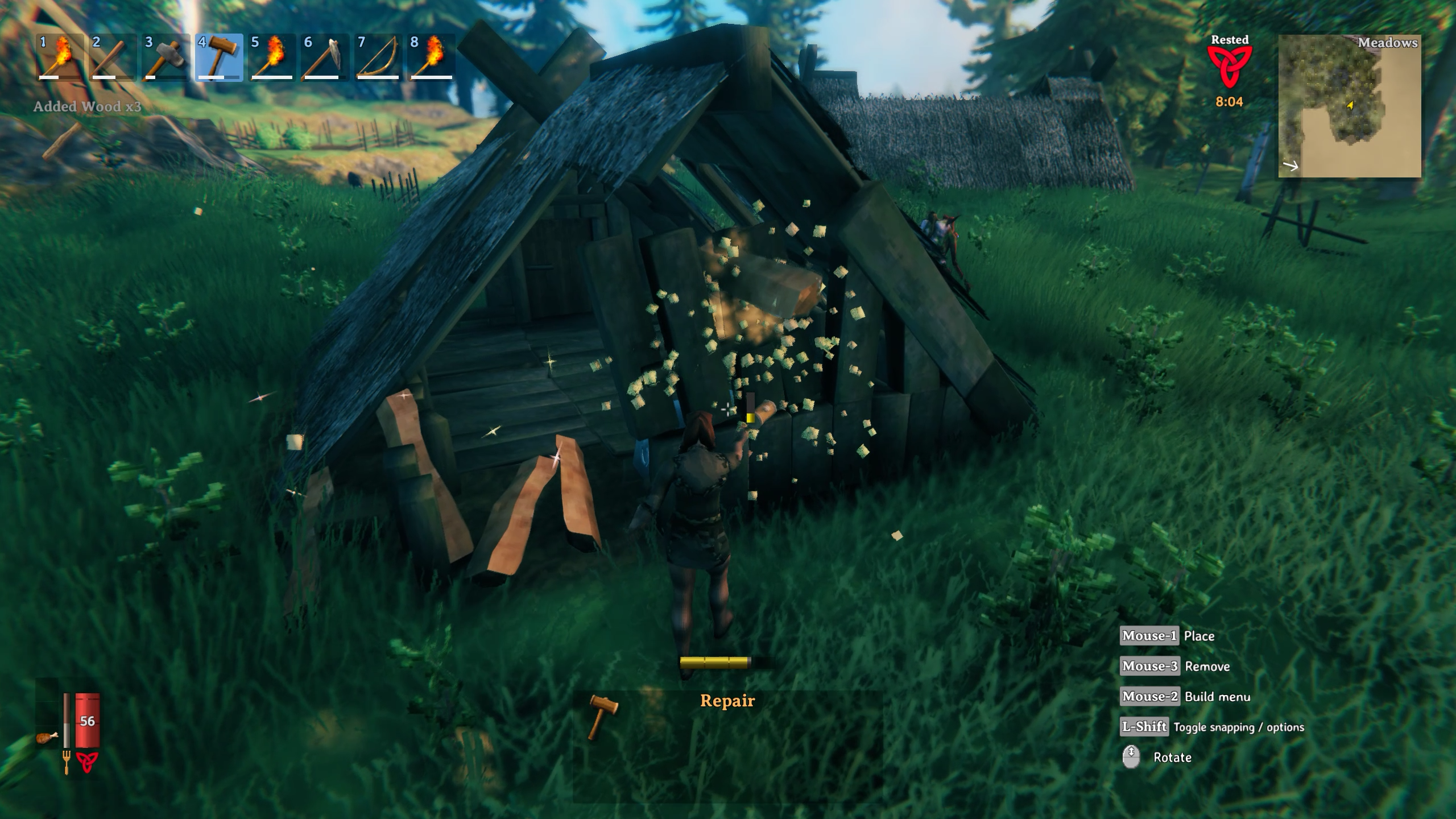 Well, sometimes. It’s possible to find Beehives in trees throughout the swamps, but more often you’ll find them within abandoned buildings throughout the Meadows biome. Beehives have a random chance to spawn You may have to check several dilapidated shacks or run around the swamps quite a bit before you find one, but you will certainly know when you’ve come across a beehive. Once you get in proximity, the bees will aggro and swiftly begin depleting your health until you vacate the vicinity.

How To Pacify Beehives

While it’s possible to take the beehives down with a melee weapon at the cost of the majority of your health (depending on the armor your wearing), it is recommended that you shoot hives down with a bow and arrow from a safe distance. With abandoned buildings, standing just outside the entryway allows you to fire inside without aggroing the bees. In the Swamps, stop when you spot a beehive and inch closer until you are within a comfortable range to land solid shots with the bow. If you stumbled upon the hive without noticing, simply retreat until the swarm disperses back to the hive, then shoot your shots from there.

Once you have knocked the beehive down from wherever it was hanging, it’s safe to approach and loot. Naturally, you will be able to harvest the ever-nutritious honey with all of its regenerative properties, but if you’re lucky, you’ll also be able to capture the Queen Bee.

It can take a while to locate a hive in the first place, but when you do happen upon one, there is no guarantee the Queen Bee will survive your assault on her hive, so you’ll likely need to take down several hives before successfully capturing one.

It should be noted here that players have had more luck finding Queen Bees in the hives within abandoned houses rather than the swamps. That’s not to say one can’t spawn from hives within the swamps, but if you’re looking to collect Queen Bees to start your own farm, you may want to focus on the abandoned buildings first. 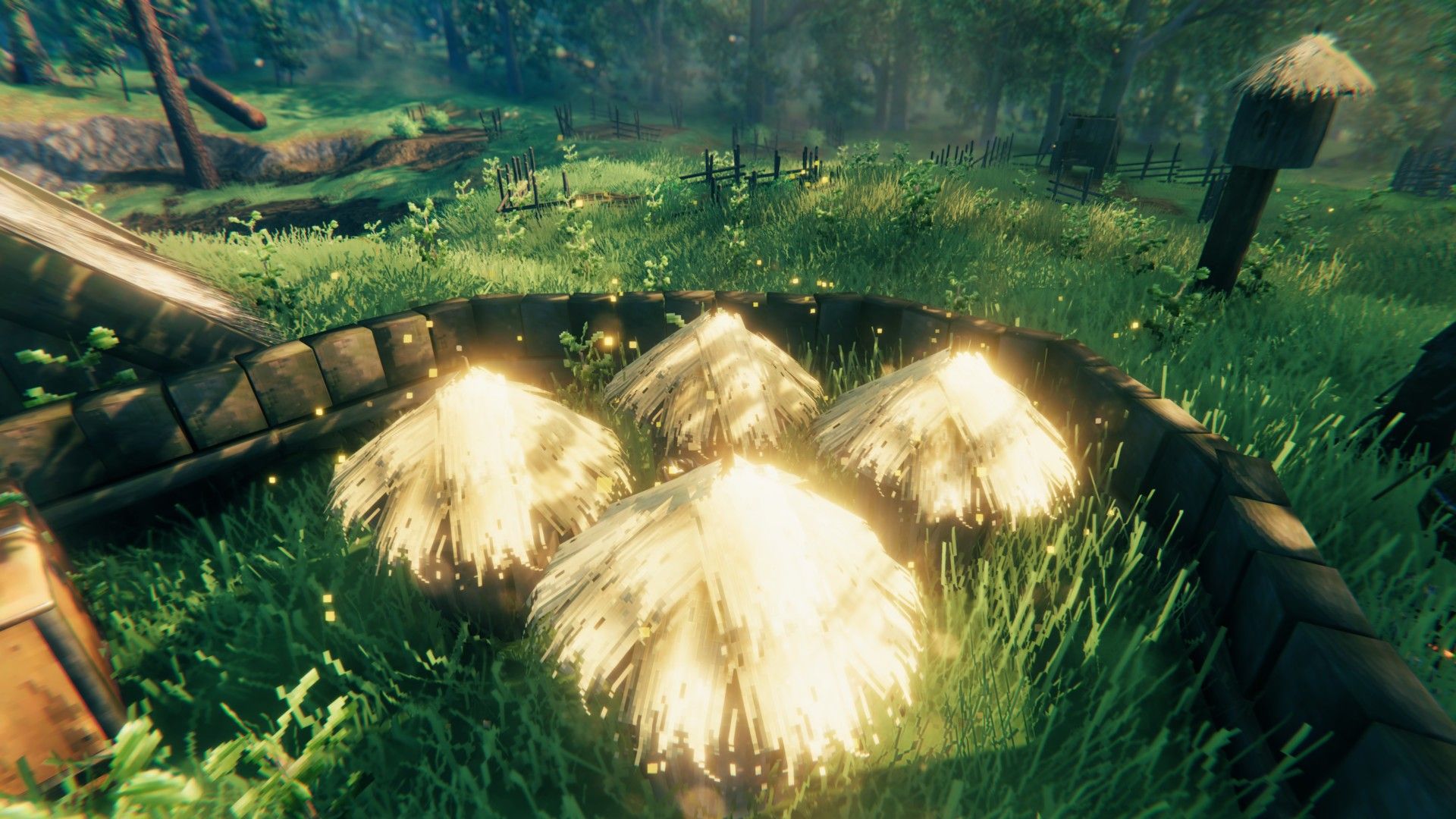 Gathering the Queen Bees is the tricky part. Once you’ve captured a handful, bring them back to your base and begin crafting domestic beehives at your workbench. Each beehive requires ten wood and one Queen Bee.

You should place the beehives in the open in a biome conducive to the bee’s preferred environments — so the Meadows, Black Forest, or Plains. If you are in an area that is frequently besieged by mobs such as Greydwarfs or the like, you’ll need to build additional defenses around the hives. One large pen of pole fencing, half walls, or stake walls around the entire bee farm should do the trick depending on the threat level.

Text will appear on the screen, noting the status of the bees in your hives. At night, bees will always be dormant, signified by the text “The bees are sleeping.” Throughout the daylight hours, the bees will either be “happy” or “mad.” The only stipulation to keeping them happy seems to be placing the hives in one of their preferred biomes under open skies. 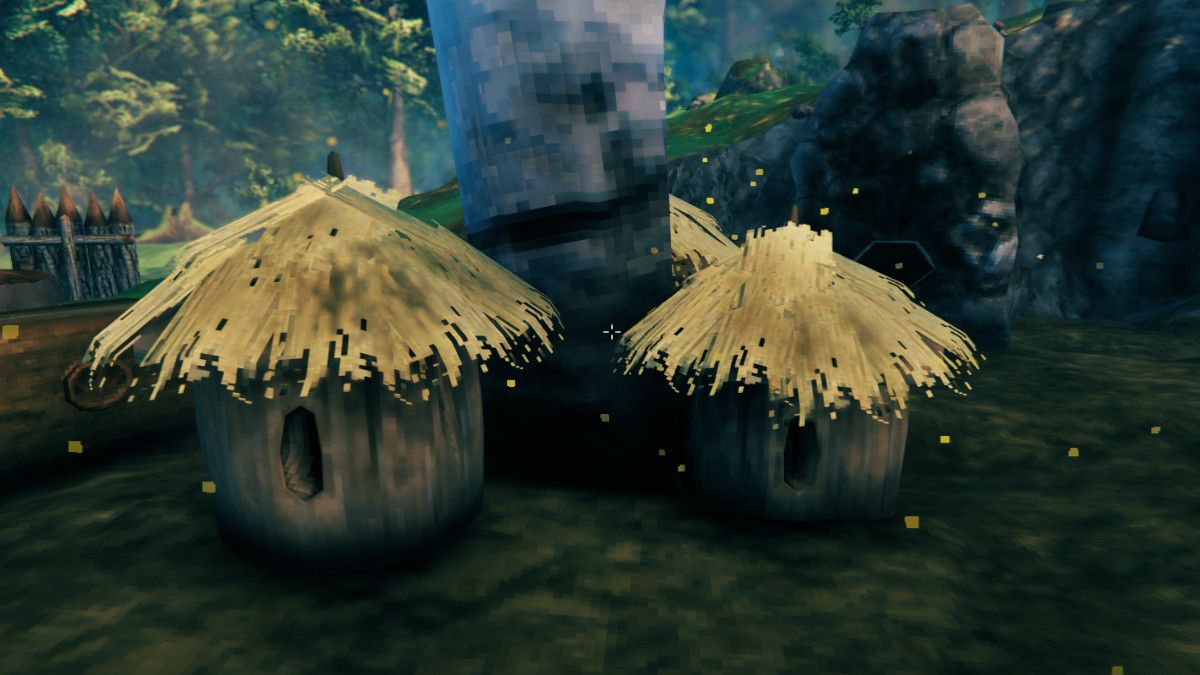 One beehive can hold a maximum of four batches of honey, with each batch taking roughly twenty minutes to produce. If you captured even five Queen Bees to get your bee farm started, that’s a large honey yield in only an hour and a half.

And that’s all you really need to know in order to get a successful bee farm. The initial hunt for the Queen Bees can get a bit painstaking, but once you’ve managed to accrue a small assembly of queens, getting a court of beehives up and running is no challenge at all.

NEXT: Valhiem: A Guide To The Plains Biome