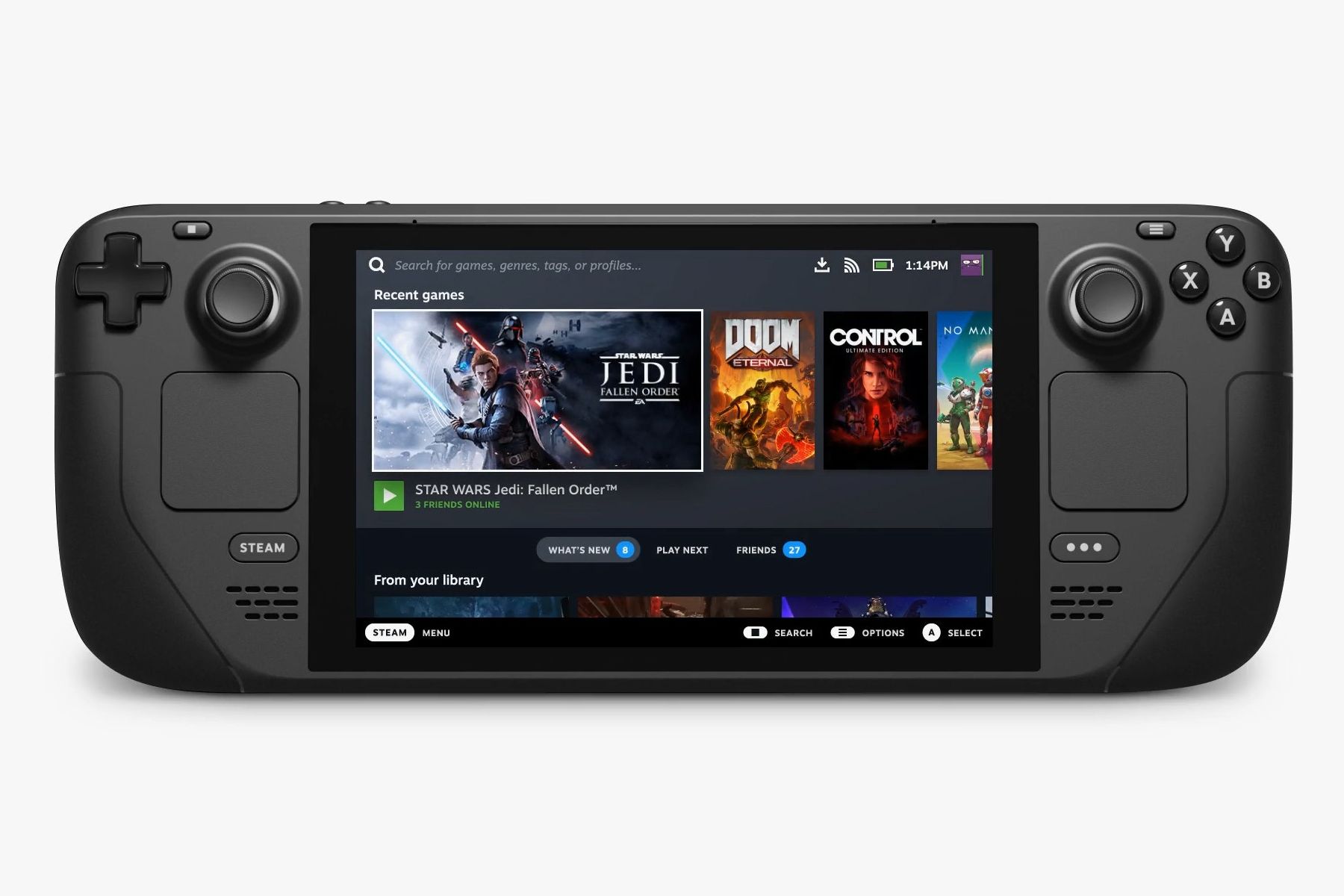 The Switch Pro might not have been real but the SteamPal is, as Valve unveil their ultra-powerful new handheld gaming PC.

There have already been many handheld PCs that try to copy the formfactor of the Nintendo Switch but there’s finally one with the backing, and the power, to make it a mainstream hit, as Valve unveil the Steam Deck.

Initially leaked under the name SteamPal, the console looks very much like a Nintendo Switch, except with twin trackpads below the analogue sticks and a rather awkward looking position for the face buttons and D-pad.

That’s not cheap but considering the console claims to be able to run every PC game on Steam at a reasonable graphical setting that’s highly impressive.

Apart from a free carry case and anti-glare etched glass on the most expensive version the only difference between the models is the storage, with all of them having a 7” screen, four shoulder buttons, and in-built motion controls.

The handheld uses a Zen 2 AMD processor and according to the official website has power ‘comparable to a gaming laptop with the ability to run the latest AAA games’.

Just like the Switch, the Steam Deck has its own dock, that lets it connect to TVs and monitors, and use wired internet and other peripherals (one of the promotional shots shows it with two fighting game joysticks plugged in).

You will also be able to use the Steam Deck like a regular PC, including productivity software and Steam rivals like Epic Game Store if you want.

The 7” screen is the same as the Switch OLED, which costs £310 and yet is considerably less powerful than the Steam Deck.

Another difference though is that Valve do not have the best track record with hardware, having lost interest in the Steam Machines line almost before it launched and their VR ventures proving impractical for the average gamer.

How to order the Steam Deck

Pre-orders start today, July 16, at 6pm BST from the Steam website but you’ll have to pay for them and they’re limited to one per customers. Plus, you can only pre-order if you already have a Steam account and have bought a game at some point before June 2021 – which seems a good way to try and put off scalpers.

That limitation will only last for two days though, and on Sunday, July 18 anyone in the UK, EU, or North America will be able pre-order (although you’ll still have to pay for it). The handheld will then begin to ship from this December.

Although the similarities to the Switch seem outrageous at first the most notable thing about the Steam Deck is just how cheap it is for the amount of power it’s boasting. The full tech specs are here but this really could be a game changer for PC gaming.

What’s also interesting is what this means for Valve, as co-founder Gabe Newell already hinted earlier in the year that they were going to start making single-player games again, a decision which is likely to have been influenced by the imminent release of the Steam Deck.