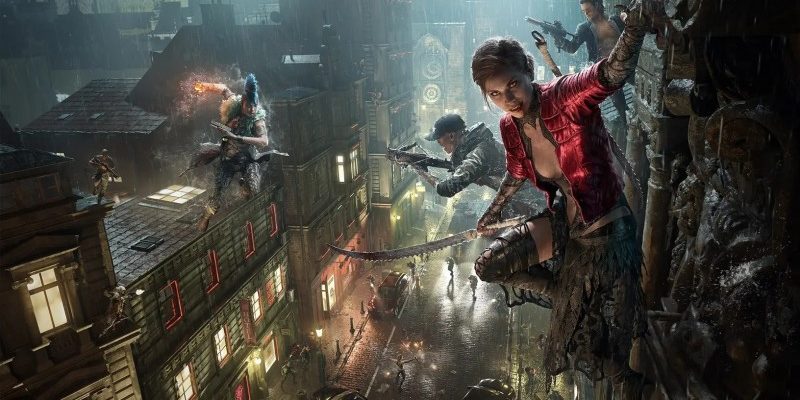 While we’re still awaiting news on the future of Vampire: The Masquerade – Bloodlines 2, another studio is taking a crack at this universe with its own adventure found in Bloodhunt. Bloodhunt is a battle royale take on the vampire niche and surprisingly? It works really well! For those interested in sinking their fangs into this online journey, a new trailer shows off what Bloodhunt will have to offer when it arrives on PlayStation 5 later this year.

We previously got our hands on the game a few months ago and were intrigued with how perfectly Masquerade fit into the Battle Royale genre. It was clear that Sharkmob AB has a lot of love for the lore of this universe and was able to take that love and craft it into a competitive experience for fans to enjoy. With various classes that Masquerade fans will be intimately familiar with, Bloodhunt will allow players to transform into the creatures they’ve come to know so well, including the clans from whence they hail from. Each clan has unique skills that make sense for their builds, providing unique tactical advantages when taking to the streets in hunger.

In the video at the top of the article, you can see those different fighting styles in action. While there is no exact release date yet, the latest showcase did confirm that it is coming later this year to PlayStation 5. For those interested in diving in even deeper, you can check out our hands-on impressions of what Bloodhunt has to offer with our previous preview right here. You can also see a small excerpt below:

Bloodhunt is set in Prague and where we started our bloodthirsty journey was in the heart of Elysium. Those familiar with this property will recognize that as a neutral hotspot for clans to meet. In the realm of battle royale, however, it’s anything but neutral. In my first round, I chose a Muse, mostly because they looked pretty, and that was always a class I chose when rolling my own character. I got smoked; I think I was one of the first people to die because I kept just running in like a maniac. The only upside was that a dev that worked on the game died immediately after me, so I felt a little bit better. The second time, however, I wizened up. I chose based on skill, not aesthetic, and went Vandal (she still looked cute, don’t worry), and the tides of battle changed. I think in my second match, I ended up landing in the top 8 spot, which isn’t too shabby when you remember that I died first the previous round.

Vampire: The Masquerade – Bloodhunt arrives on PlayStation 5 and PC later this year.