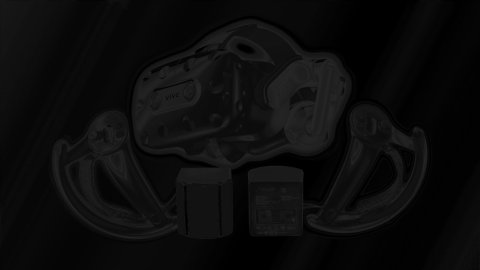 You can get HTC’s new Vive Pro 2 with two base stations and better controllers for less than the price of the full kit coming in August.

Announced alongside the Vive Focus 3 today, Vive Pro 2 is first launching as a headset-only version designed for people that already have SteamVR trackers and controllers. It’s available to pre-order from today and ships in early June for $749. Once it’s started shipping the price will increase to $799. The full kit, meanwhile, includes two base stations and two Vive wands for $1,399 and lands in August.

But you can order everything you need to play the Vive Pro 2 today for less than the price of the full kit, and swap out the dated Vive wands for Valve’s Index controllers.

You can order the individual components over on Steam. A single 2.0 base station costs $149, so it’s $298 for a pair. They’re out of stock at the time of writing, but come and go quite often. Then a pair of Index controllers cost $279. Add that to the price of the pre-order promotion and it’s $1,326 for the entire kit. Not the biggest price cut perhaps, but don’t forget you’re getting controllers that are much better than the wands, and HTC itself confirmed to us they’ll work with Pro 2.

Even if you waited until after the promotion and bought the headset alone at full price, it would still come to $1,375.

Why are the Index controllers better than the wands? Because they released a few years after and featured several big updates. The controllers have sensors to tell when each finger is wrapped around the grip, for example, and there’s both an analog stick and a small trackpad as opposed to the wands’ singular, large trackpads. Plus the grip allows you to release the controller from your grasp and not fall away.

But we do have two other options to talk about too.

There’s another cheaper option out there, too, though it involves slightly downgrading your kit in some small ways instead. HTC still sells the original base station ($134.99) and Vive wand ($129.99) on its accessories page. A pair of each brings you to $529.96, thus taking everything to a total of $1,278.96 with the promotion and $1,328.96 without it. Again, the downsides to these older versions are negligible – the base stations are a little noisier, aren’t quite as solid for tracking (though still basically faultless) and only support up to two stations at a time (2.0 can support four), while the Wands are essentially the same. Again, HTC confirmed to us in a pre-brief session that these older devices work.

Okay, time for the best of both worlds option. You could order two original base stations from HTC ($269.98) and the Valve Index controllers ($279) which would, with the promotional price, bring you to $1,297.98 ($1,347.98 afterward). That’s just a little more than $100 off with the better controllers. The base stations aren’t quite as good but, honestly, it’s hard to notice the difference. That makes this deal the best of both worlds and, in our opinion, it’s definitely worth spending the extra $20 over the previous set to get the better controllers.

If you are thinking about picking up the Vive Pro 2 full kit, then, make sure to look into these alternatives first. Just remember you have until early June to take advantage of the Vive Pro 2 promotion and keep checking Steam for stock on the individual components.

Will you be picking up the Vive Pro 2 with any of these options? Let us know in the comments below!