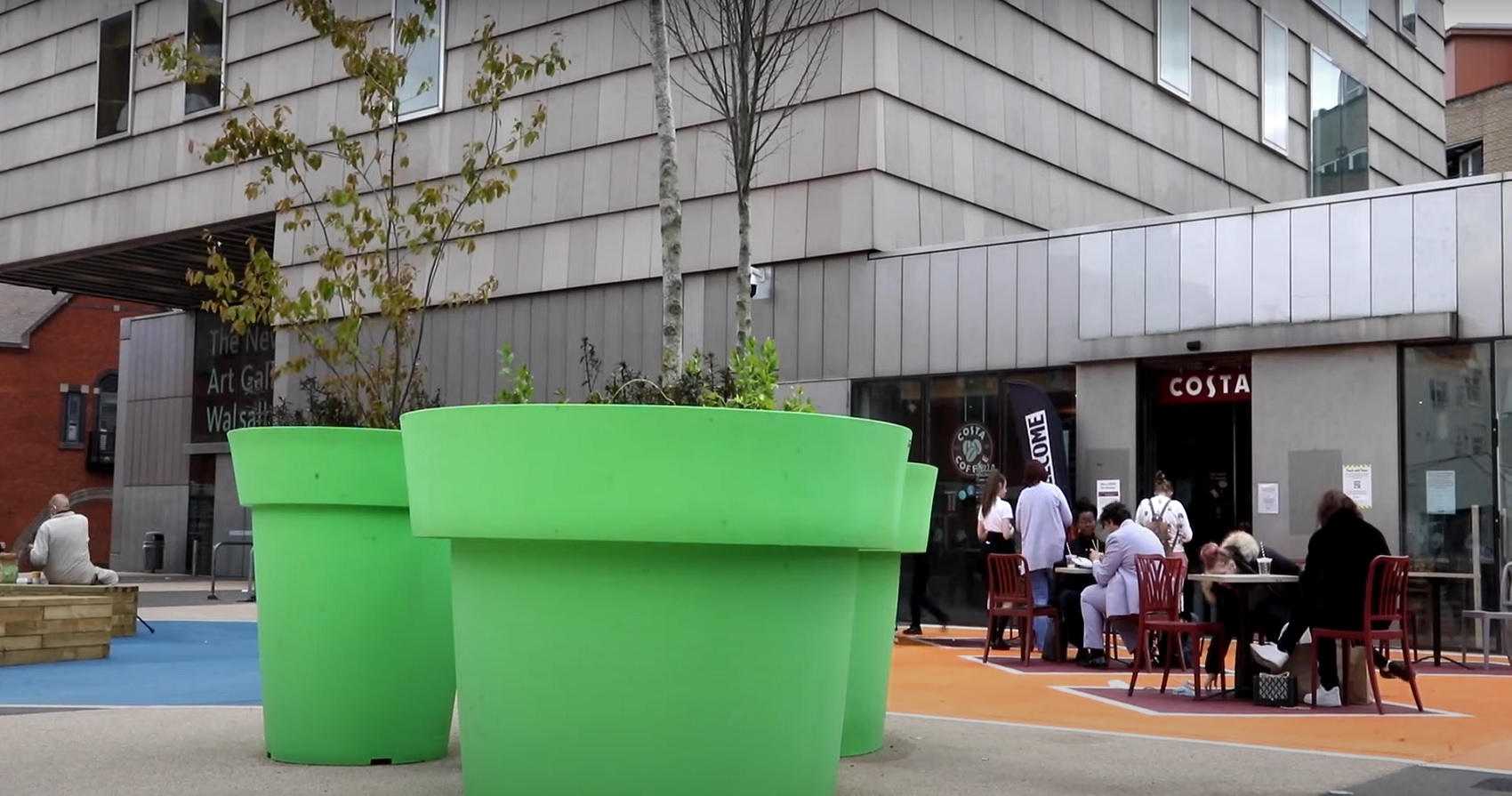 Newly installed plant pots in Walsall look suspiciously like the pipes from Super Mario and locals are not happy with them.

One look at these giant plant pots and you would think Walsall Council was taking part in the Super Mario 35th anniversary celebrations a couple of months too late.

While this is no doubt just some bizarre coincidence, there is no denying that the newly installed pots look practically identical to the warp pipes from the Mario games, mostly thanks to their bright green colouring.

Fans of the games may enjoy the novelty but Walsall’s own residents are far from amused.

According to Birmingham Live, 15 of these pots have been placed around the town centre and are meant to ‘promote a feeling of wellbeing and safety.’ Instead, many locals find them incredibly garish, with some fully aware of the Mario comparisons.

‘It beggars belief. It makes the place like more like something from Super Mario Brothers. They look like those warp pipes Mario jumps down,’ said florist Andrea Loveridge, 39.

Some may think residents are overreacting, but their anger doesn’t just come from the pots’ appearance. Many believe it to be a waste of public funds and ultimately does nothing to address actual problems facing the town, such as the closure of high street shops.

‘Why aren’t they spending money investing on trying to get businesses back into the town centre? This will just continue to put people off surely,’ continued Loveridge.

Supermarket worker Sue Morrisson, 45, joined in with the complaints, ‘They should be investing in trying to clean up the town centre and sorting out buildings which have been left to rot.

‘We have recently lost Debenhams and M&S and I can’t see them running back to us anytime soon; everyone is calling them Mario pipes, it makes us a bit of a laughing stock.’

Harry Fone, grassroots campaign manager at the Taxpayers’ Alliance, has said ‘It’s understandable that many residents are angry about how their hard-earned taxes have been spent.

‘The pandemic only worsened the decline of the high street, any funds for redeveloping the town centre must be spent wisely to attract businesses. The local council must get maximum value for taxpayers in future.’

Councillor Adrian Andrew, Deputy Leader of Walsall Council has so far defended their inclusion, saying ‘The work in Walsall Town Centre is intended to deliver a range of improvements to promote a feeling of wellbeing and safety and enhance the town centre environment and a key element of this work was to introduce more planting into the town centre to create a more social space outside the Walsall Art Gallery.’

In other Mario news, Nintendo has uploaded a new trailer for Mario Golf: Super Rush, which is still on course to release on June 25 for the Nintendo Switch.

The trailer confirms the full roster of playable characters and provides a general overview of the mechanics and modes, including a new Battle Golf mode.