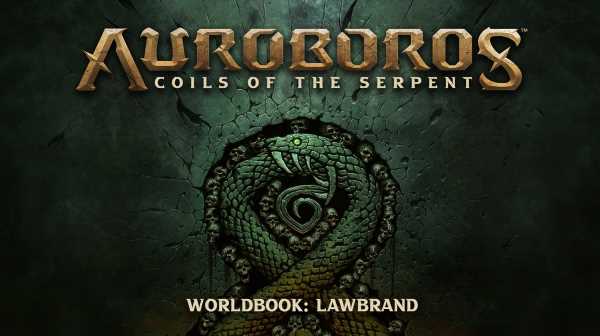 Chris Metzen, the former Blizzard game designer that brought us StarCraft and Warcraft, has announced the first game for his tabletop gaming firm Warchief Gaming. The fantasy title is Auroboros: Coils of the Serpent, and it’s based on Dungeons & Dragons campaigns that Metzen created as a teenager.

Auroboros is a brand new role-playing game (RPG) series known as a D&D 5E tabletop RPG campaign, and the first release is dubbed Worldbook: Lawbrand. Worldbook: Lawbrand is a source book based on the campaign that Metzen ran in his childhood with friends in the 1980s and 1990s before he started working at Blizzard. The company is launching a Kickstarter campaign starting on April 20.

Metzen started Irvine, California-based Warchief Gaming last year with former Blizzard executive Mike Gilmartin. They’re working on the game with former Hearthstone design Ryan Collins. Auroboros refers to a serpent consuming its own tail. Lawbrand is a confederation of trade cities, linked by commerce and a common religious order. The story revolves around the power of the Auroboros, and how it often leads to both enlightenment and madness and death. Your power grows, you can warp reality, but it has a high cost of madness and death. When you use the magic power, the serpent consumes you. 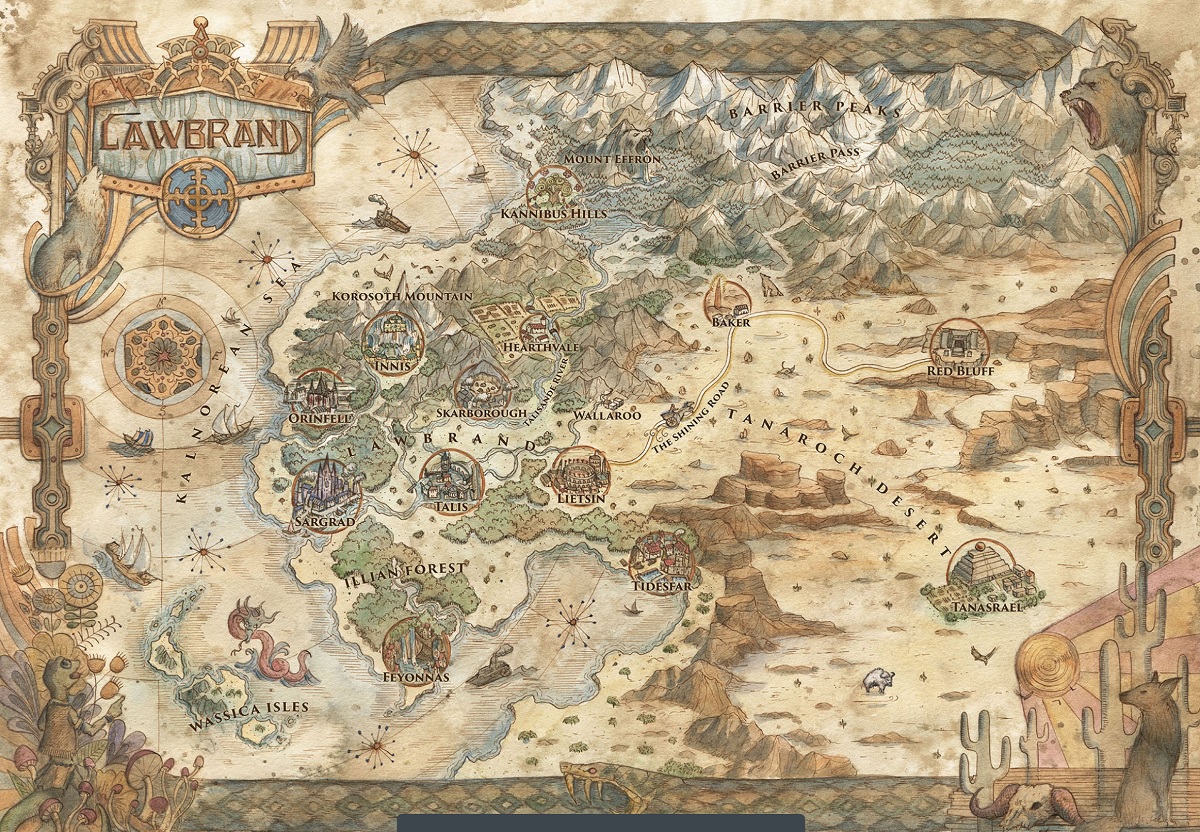 Above: The world of Lawbrand

“It’s our first big franchise and it’s a fantasy setting that I developed with my buddies when we were kids playing a D&D,” said Metzen, chief creative officer at Warchief Gaming, in an interview with GamesBeat.

In order to bring Lawbrand from a decades-old campaign into a modern ruleset, Metzen sought help from Collins, lead product developer for Warchief Gaming. Other contributors to the campaign are contractors.

“We started it probably in the mid to late-80s, and then it ran through the mid-90s,” Metzen said. “We built this big world here to facilitate our D&D adventures. It is a multi-generational story. We played three distinct groups of characters in three distinct eras, all separated by hundreds of years.”

Metzen was the primary visionary at Blizzard Entertainment on games such as Warcraft, Diablo, StarCraft, and Overwatch. But toiling on games took a toll, and after 22 years, he left it all behind in 2016. Four years later, he dove back into tabletop gaming with a couple of friends to make Auroboros. He thinks that others will enjoy the world. 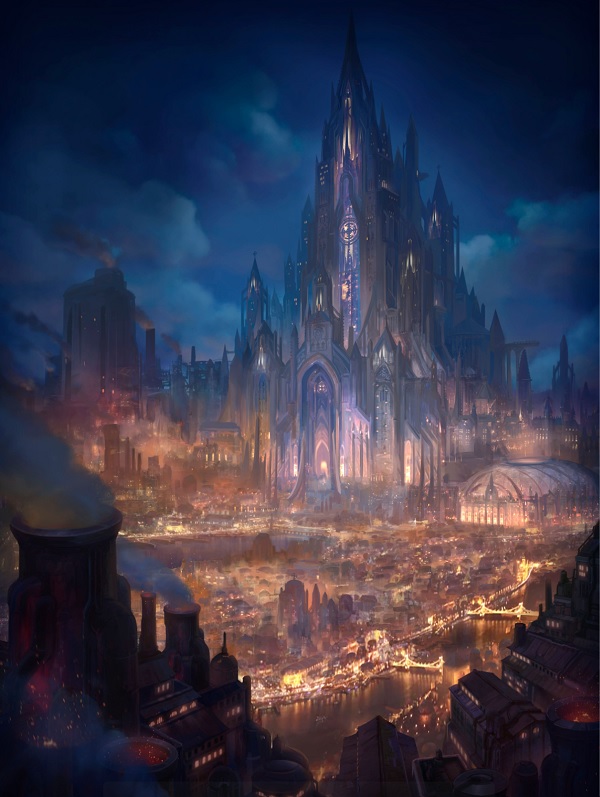 “Despite having my friends in the storyline, this is built such that any dungeon master can run an adventure party through whatever story they want to tell, in the same setting,” Metzen said.

For the past couple of years, Metzen has been enjoying playing tabletop games with friends in a club, talking with them for hours at a time and enjoying himself. That helped him heal his mind from a kind of burnout, and it made him hungry to create worlds again.

Since Metzen had so much success creating worlds at Blizzard that turned into huge franchises, Gilmartin seized on the opportunity and encouraged Metzen to pursue his new dream through the studio in Irvine, California. While tabletop games are a much smaller market opportunity than video games, they are hot now. And Gilmartin thinks that if the tabletop games are successful, they could be licensed to become other things over time, much like comic books can spawn great movies or games.

Metzen thinks less about that and more about the fact that tabletop games were his first love. 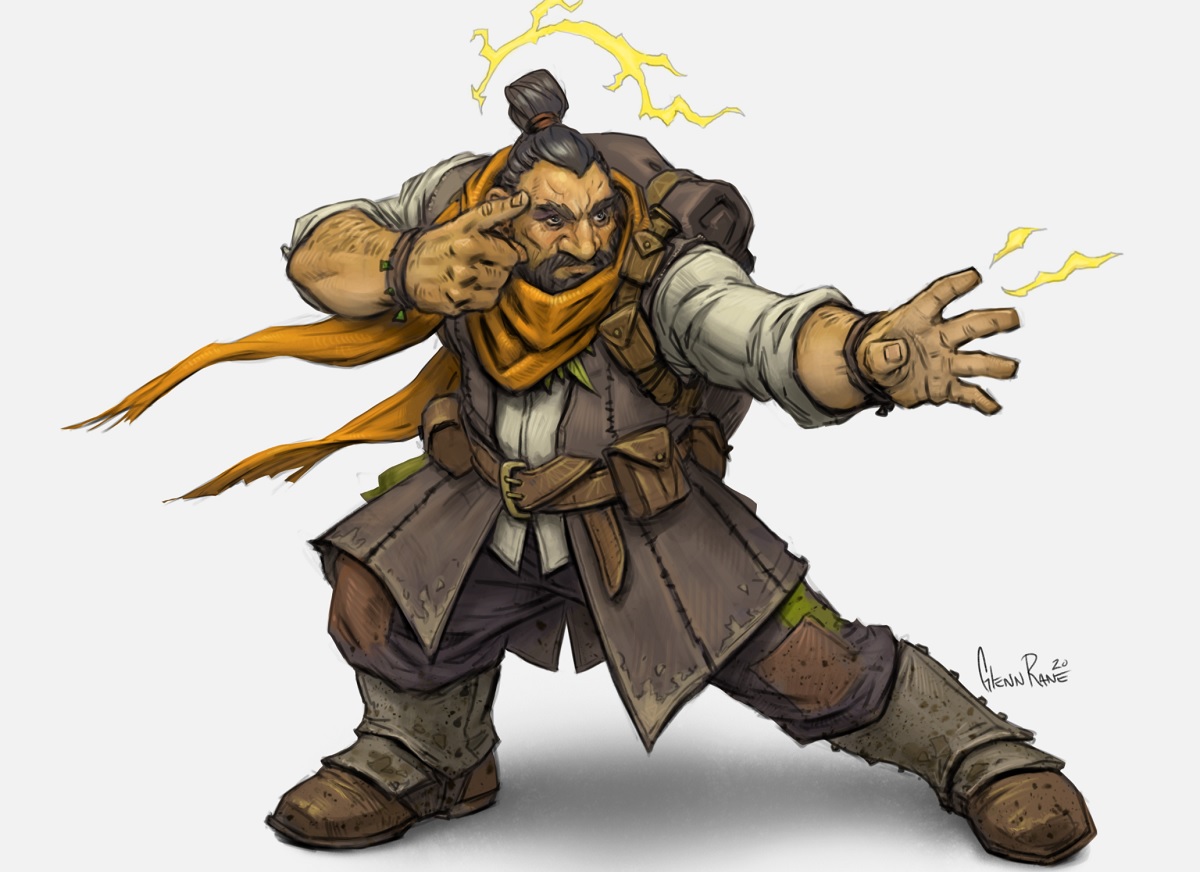 Above: Monk subclass in Auroboros.

“I knew I wanted to go back to this world that I built when I was young,” Metzen said. “It was the last world that was working on before I got hired at Blizzard.”

But Metzen dropped it while at Blizzard, as he realized his new job was going to demand all of his time and creative output. Metzen is in his late 40s now, and he started this when he was maybe 13 years. Over time, the team lost a few players and gained some, and picked it up again toward the end of high school.

The record was surprisingly complete, and Metzen found there were some holes in the backstory and some things like names for places that he didn’t write down.

On Kickstarter, one of the high-value items will be a kind of novelization of the storyline. The campaign is an Advanced Dungeons & Dragons campaign.

“For the most part, the names and places and factions, that we had them all kind of one to one,” Metzen said. 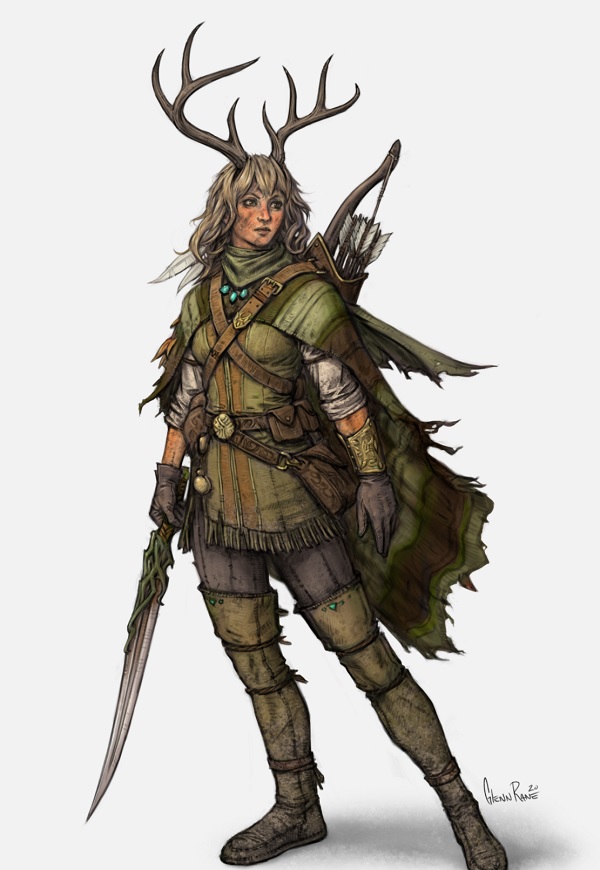 Above: Fighter class in Auroboros

Most of us probably wouldn’t want to revisit the games we played back when we were teens. But Metzen appreciated the authenticity of what he and his friends tried to create. He kept his records and a lot of his hand-drawn art. And he has rekindled some old friendships in the past few years.

Metzen thinks of D&D as a foundational wellspring of creative ideas. But he also acknowledged that he had “no idea what he was doing” back in the early days.

As for designing the game at a small company, Metzen said, “It’s different in every way that it could be, except for my favorite part, which is just jamming with passionate, nerdy people. That’s exactly the same, which is an incredible comfort. At Blizzard, given its scale and audience, there was always a little bit of fear, or tension, about whether they were going to love it. Are they going to come back? Are they going to keep playing? Ultimately, you just need to do the best job you can do. It feels awesome not to feel the weight of all of those things.”

He added, “This is awesome. I want to please my buddies who I played with back in the day. I want them to be proud of this. And I want them to see that the final product is authentic to what we developed. And I want Mike and Ryan to be proud of it as brothers in this thing. I want them to feel like they had a stake in it. I just I just love the fact that this old idea that means so much to me, this thing I was doing before Blizzard, felt so comfortable to slip back into. This has easily been one of the most rewarding things I’ve ever done.”