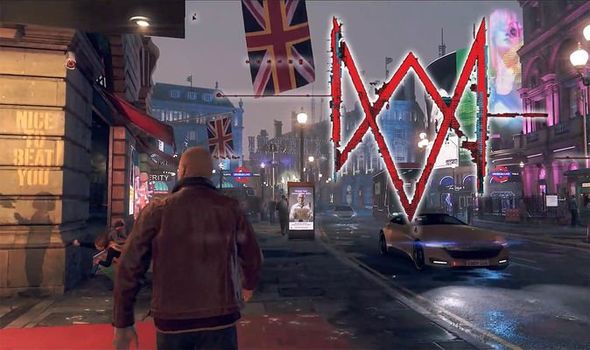 Watch Dogs Legion has been revealed by Ubisoft during their E3 2019 event tonight.

The third game in the Watch Dogs series is set in a near-future, dystopian London where DeadSec members are fighting against a totalitarian rule.

Areas from the capital that were showcased in the Watch Dogs Legion reveal include Piccadilly Circus, Brixton and Camden Market.

But these areas of London look far different in Watch Dogs Legion, which are now filled with drones and forces that are oppressing the public.

The London in Watch Dogs Legion is ruled by a “surveillance state”, with an authoritarian government in place.

The heroes of Watch Dogs Legion will be the citizens of London that stand up against this oppressive rule.

Any NPC can be taken control of, and Ubisoft said all cinematics in the game will vary depending on which character you’ve stepped into the shoes of.

NPCs that can be taken control of include a granny that’s an ex-assassin or an MI5 operative.

Players will take control of these characters as they “build the resistance” in London.

Watch Dogs Legion is coming to PS4, Xbox One, PCs and Google Stadia and has a release date of March 6 2020.

• Express.co.uk is on the ground at E3 2019. Stay tuned for all the big gaming news coming out of the major expo in LA