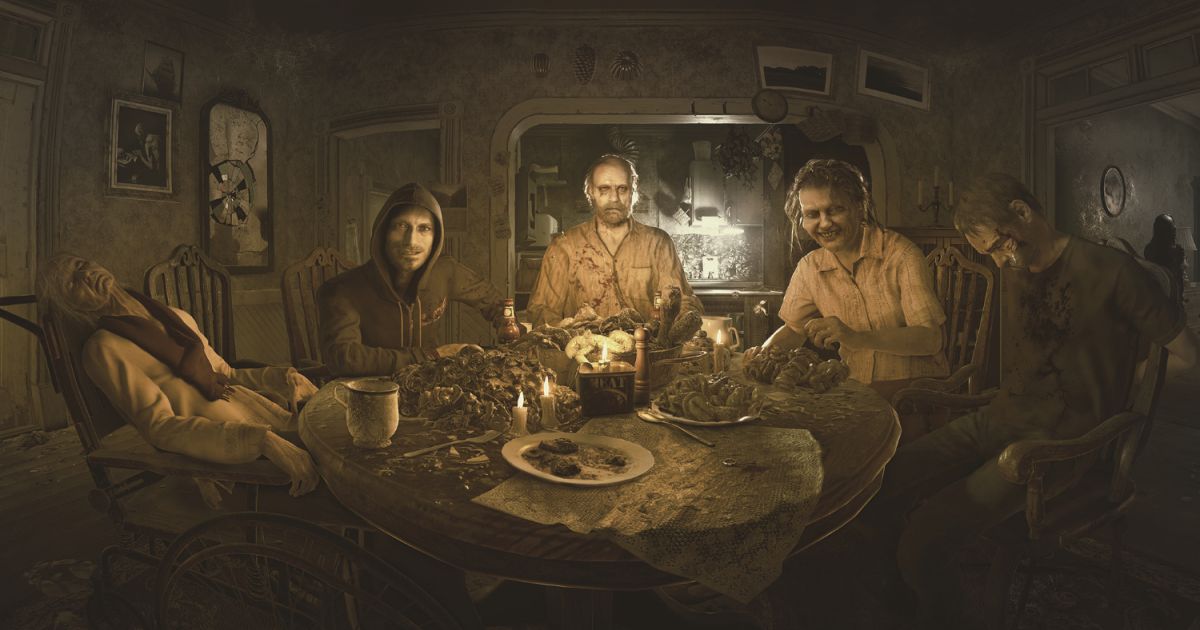 Readers describe the most terrifying scenes they’ve experienced in a video game, from Condemned: Criminal Origins to Day Gone.

Since it’s Halloween this weekend we wanted to know what’s the most frightened you’ve ever been by a game. Although there was the proviso that you couldn’t mention the dogs jumping through the window in Resident Evil 1 – even though a number of people did anyway.

In the end, multiple different Resident Evil moments were mentioned, especially the Regenerators in Resident Evil 4, as well as classics such as Silent Hill and Project Zero 2.

Forbidden subject
The game that instantly springs to mind for me is the original Resident Evil 3 and the foreboding sense of dread waiting for it to happen and blind panic that set in whenever Nemesis did pop up! As a 13-year-old playing it, it used to get me every time! I think that this was watered down a lot in the remake and his appearances seemed quite scripted, which made him much less of a threat.

The other game that comes to mind is Resident Evil 7 and the whole house in the early parts of the game while being stalked by the Baker family, especially in VR! I’m a big horror fan, but for me I tend to find that games do the scares better because of a greater sense of immersion. Like the first time you get grabbed by zombie hands in Resident Evil 2 or zombie dogs bursting through windows at you.

You really jump because you weren’t expecting them, a lot of the time in movies the scares are so telegraphed you can see them coming a mile away!
Rickandrolla (PSN ID)

GC: Did you just mention the dogs through the window bit from Resident Evil 1?

Turn-based horror
I love inventive horror movies because they have an interesting concept for me to get my head around. Nearly always by the end of the movie I’m bored as the concept has been explained. Horror games deliver a different thing for me and that’s usually a never-ending sensation of dread and I can’t really bare to play them unless taking turns with a friend.

But saying that I have been repeatedly jumping scared while playing my latest purchase: Days Gone. I’m just quietly minding my own business when a wolf jumps out from nowhere and starts biting me. Gets me every time, much to my wife’s amusement.
TommyFatFingers

Depths of horror
I seem to recall being genuinely unsettled by the Shalebridge Cradle level from Thief: Deadly Shadows. It’s been a while since I played it but the combination of lighting, architecture, and sound effects, not to mention its back story, all combined to create an incredibly unsettling atmosphere. The whole game had a somewhat suffocating, claustrophobic feel, if I remember.

Also, Subnautica: the fear of what may be lurking in the ocean’s depths was extremely uncomfortable at times and some of the encounters… terrifying!

Three essentials
The scariest thing I’ve ever done intentionally for scares is played through Resident Evil 7 in VR.

There were times I’ve put the headset on and stood in the loading screen in the caravan and decided I couldn’t do it.

There is one area where you go to get a key or something off a kid’s skeleton where the music totally freaked me out to the point that I daren’t move for ages and then it was almost a blind run back out.

Before playing it I had to check that I was the only person in my house and a few times when I was guaranteed the only person there I heard something in the headphones that I could have sworn was somewhere in my house and had to go and look in every room to make sure before I could carry on.
I downloaded all of the DLC but the uneasiness of playing it has stopped me playing all of it. Yep, it’s one scary game and in a way that no film or book can ever replicate.

The original Paranormal Activity is a film I found scary but when I’ve mentioned that to other people they’ve said it never affected them and book wise try reading the original H. G. Wells War of the Worlds on a dank winters day without it feeling somewhat creepy. But as none of them are as interactive as video games, especially in VR, the impact is nowhere near as scary. Everyone who’s tried Resident Evil 7 or the various demos at my house has found it scary.

Horror games in VR have massive potential but for it to work you need decent graphics, great audio, and decent writing and so far getting them all in one place has been a problem.
SteveP

Original fear
Condemned: Criminal Origins on the Xbox 360 is by far the most scared I have ever been playing a video game.

There are so many parts I could choose as stand-out ‘scary’ moments, such as towards the start of the game when you open a locker and a half-alive person/body falls out onto you. Or in the department store with the mannequins, every now and then you’d turn around and they’d have ‘moved’ and would be following/surrounding you. In fact, they still freak me out to this day.

But outside of the standout moments the game was simply flat out scary. You genuinely had to dare yourself to move forward, not knowing what was next. The combat had a level of difficulty to it also, fighting with deranged people screaming at you. Often hearing them, or seeing them fleetingly, long before you would fight with them, which added to the suspense of what was next. What I remember as the final boss fight, ripping the metal pieces from the killer was both gory and intense – and definitely scary.

In terms of its comparison to other media, I think games are much scarier. At least when watching a movie, you don’t have to ‘do’ anything, it’s happening anyway and you can look away.

When playing the game, you’re in it. You have to act, react, and you have to watch. I had to tackle Condemned in small segments because it felt that intense, whereas a movie you would tend to just finish.
o MrKray x (gamertag)
PS: Condemned 2’s multiplayer is also the scariest multiplayer game I’ve played. Being stalked by other, real people in those atmospheric environments, whilst collecting ice boxes with heads inside, that the killers had hidden, filled with organic jump scares was terrifying. As was your futility as the ‘hunted’ team.

Always scary
Scared by a game? The Regenerators in Resident Evil 4 still make my blood run cold even after all these years and countless playthroughs.
Phil

GC: You want to try them in VR.

No dogs allowed
In regards to this weekend’s Hot Topic for most scary games, for me a couple come to mind
and no, Resident Evil isn’t it!

Silent Hill – I remember playing this when it came out and I wasn’t sure what to expect. But I never forget the section where you’re in the school and I remember you go into the toilets and I heard a little girl crying but it sounded so real scared the …. out of me! Put me off after that.

F.E.A.R. – I played this a few years ago and never forget walking around all fine and the girl all in white, who looked like the girl out of The Ring, appeared out of nowhere and disappeared again.

Aliens Vs. Predator 1 and 2 on PC – for me Alien Vs. Predator is so scary and more intense when you’re being chased down dark hallwaya by aliens.

Lastly, for a more recent game, and this may seem strange to some, but I’ll explain why.

Terminator: Resistance on PC – Now, yes, it got a poor write-up but for me I loved it. What I found clever is the terminators will stalk you and, yes, kill you. I remember in the game been spotted by a terminator, dashing into a building and hiding. What happens next is the terminator breaks the door down and hunts you down and when it finds you, just to add insult to injury, it chokes you to death with its hands. For me that was really intense and scary as hell.

So there my four that come to mind that really give you a scare and, guess what, no dogs jumping through windows!
Chris