Vin Diesel seems like a nightmare to work with. He’s all about family, poetic language, and being super creepy towards women if past interviews are any indication. He’s a real bro, but hides that hypermasculinity behind an aura of excessive empathy and willingness to take anyone under his wing so long as they agree with his weird definition of being a good person. The worst of kind celebrity who always thinks he has the moral high ground.

In the past he clashed with Dwayne ‘The Rock’ Johnson, and now it seems that Fast X director Justin Lin has left the project after creative differences and an unexpected clash with Diesel over script revisions. The film’s production has already been put through the ringer thanks to the pandemic, alongside a key filming location now being impossible thanks to the ongoing conflict in Ukraine. Things are tense right now, and the film’s biggest star definitely isn’t happy about it. You’d think he’d focus on his familia and chill out for a little.

I’m talking about The Wheelman, an open world driving experience that launched for the Xbox 360, PS3, and PC back in 2009. It was a weird game that was one of the last big losses for Midway before it shut its doors forever, alongside one of the few projects from Tigon Studios – a development house that focuses primarily on games both starring and produced by Vin Diesel. See I told you it was weird.

I grew up in a family where me and my siblings would pick up any game we could. Money was tight, so we often only got new ones by trading in our existing collection or waiting until birthdays or Christmas came around to ask for a couple. The Wheelman was a game that fell into our laps and part of us knew it was rubbish, but we played it anyway because what else were we supposed to do with our time? It’s basically a mixture of Burnout, Need for Speed, and Grand Theft Auto set across the sunny streets of Barcelona. Vin Diesel is an undercover cop, albeit one with deep connections to the mafia and a free pass to murder his colleagues by ramming them off the road or filling them full of bullets. Classic video game logic.

Vin Diesel operates between the criminal underworld and the law to uncover a corrupt empire existing beneath the surface, often having to question his own allegiances in order to get the job done. It was predictable, generic, and outfitted with a script so ridden with cliche that playing it today is an exercise in cringe retention. The Wheelman is a budget title that we don’t see much nowadays, with a celebrity in the driving seat offering mainstream audiences a reason to pick it up and see what all the fuss is about. As a result it sold quite well, and name recognition meant that more critics than expected jumped on the game to reward it with a lukewarm reception. I can’t even remember how I ended up with a copy. 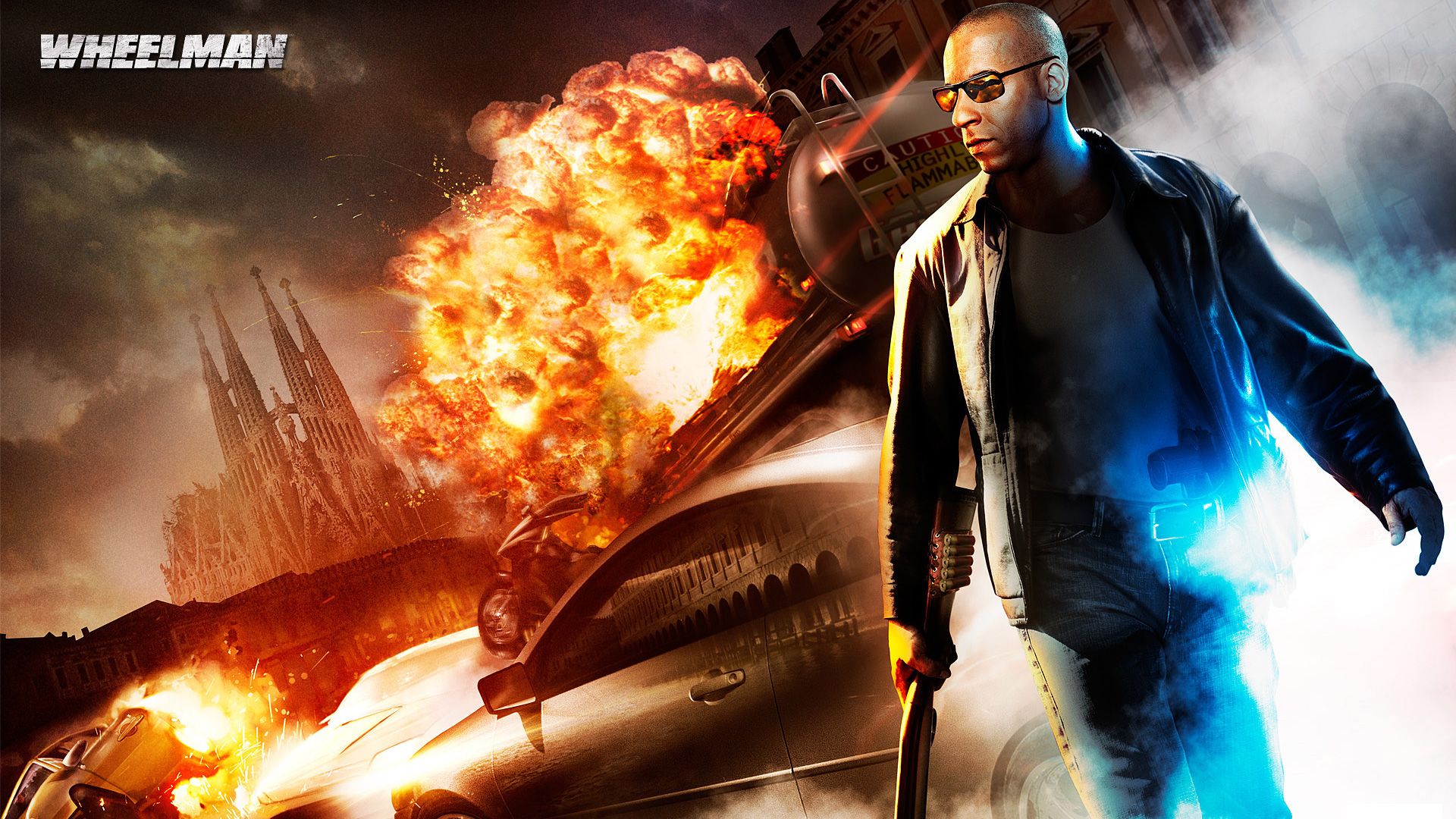 A singular mission will forever be etched into my brain because of how frustrating it managed to be. My brother was sitting on the bed updating his Bebo profile as I tried desperately to drive my car through the streets of Barcelona while being chased by a number of enemies, all while a bomb was attached to my partner in the back that was rigged to explode if we either took too much damage or didn’t reach our destination in time.

Open world games have mostly moved beyond this mission design in recent years, but The Wheelman indulges in such tired ideas time and time again until you just want to stop playing. It’s a shame, because the arcade-esque driving model and slapstick violence are rather effective, including a move where Vin Diesel can jump out of his moving vehicle directly into another like some sort of buff, family-loving superhero.

It was fun, but the vapid nature of its open world and generic mission design quickly gave way to a forgettable story and mechanics that fell squarely within ‘budget title’ territory. I can’t imagine how badly the whole thing has aged in the past decade, even more so given Vin Diesel’s shifting cultural status. The Wheelman feels like a weird time capsule that gaming forgot, and a clear example of games we used to see in previous generations that have long been abandoned thanks to ballooning budgets and a deeper focus on service-based titles and reliable sequels and spin-offs. 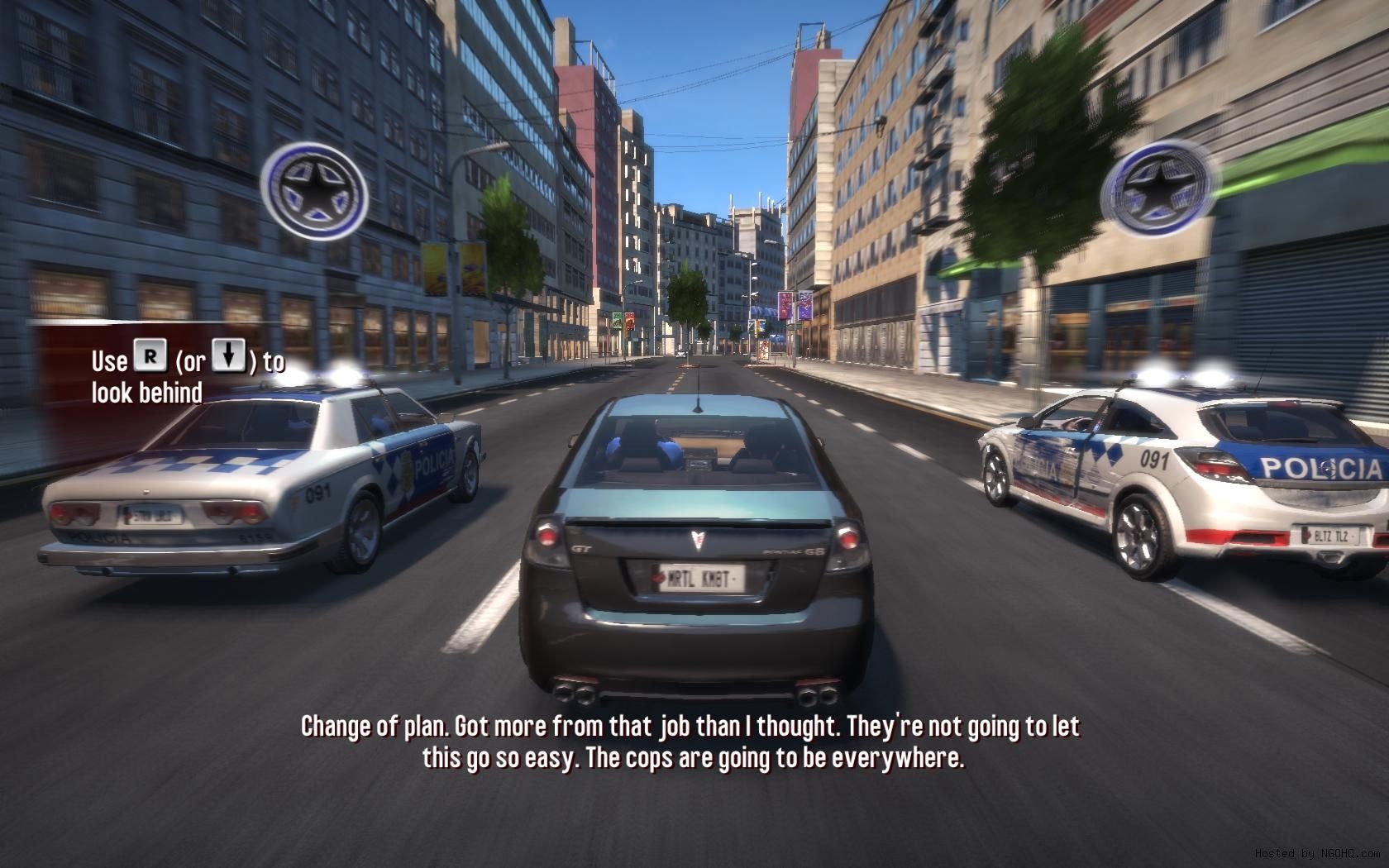 While it’s far from the last of its kind, it remains a fascinating case study of what a celebrity with a love for the medium is capable of with the right amount of resources. It makes me surprised that Elon Musk hasn’t bankrolled a terrible kart racer by now. The Wheelman isn’t a good game, but carries just enough nostalgia for me to remember it with a certain amount of fondness. It’s just a shame that Vin Diesel is in it, and he’s a special kind of weird. Who knows, maybe he’ll read this article and make a scathing Instagram post about me.