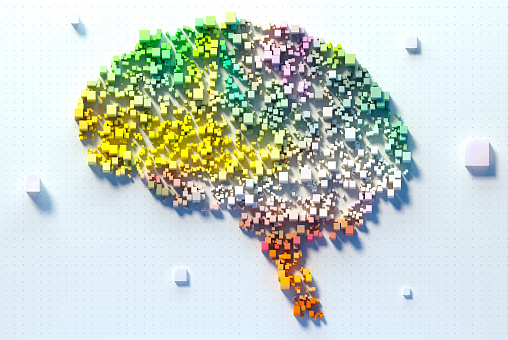 The first job for many artificial intelligence (AI) algorithms is to examine the data and find the best classification. An autonomous car, for example, may take an image of a street sign; the classification algorithm must interpret the street sign by reading any words and comparing it to a list of known shapes and sizes. A phone must listen to a sound and determine whether it is one of its wake-up commands (“Alexa,” “Siri,” “Hey Google”).

The job of classification is sometimes the ultimate goal of an algorithm. Many data scientists use AI algorithms to preprocess their data and assign categories. Simply observing the world and recording what is happening is often the main job. Security cameras, for example, are now programmed to detect certain activity that might be suspicious.

In many cases, the classification is just the first step of a larger algorithm. The autonomous car will use the classification of a street sign to make decisions about stopping or turning. A smart vacuum cleaner may watch for pets or children, and it’ll turn off or shut down if one is detected.

What are the types of classification algorithms used in artificial intelligence?

There is a wide range of algorithms that vary between general approaches able to train themselves to answer any type of question and also focused applications that work on particular domains. For example, optical character recognition algorithms are used to convert paper scans into digital documents by classifying each letter in the image.

Join us at the leading event on applied AI for enterprise business and technology decision makers in-person July 19 and virtually from July 20-28.

Other algorithms are designed to work with numerical data. They may divide the range of potential answers into sections representing each possible potential answer. A simple algorithm for classifying pets as either dogs or hamsters may be successful, examining the weight alone. Any pet weighing more than one pound would be classified as a dog and anyone weighing less than a pound would be classified as a hamster.

How are the classification algorithms trained?

Some simple models for the classification can be trained or programmed by a human who understands the domain. The example above of the algorithm that can determine whether a pet is a dog or a hamster is very simple and the human’s domain knowledge is easy to transfer to the model.

A common step in the process is to set aside some subset of the initial training dataset to evaluate the quality of the results. This data is kept separate from the training process as a control group. When the model is tested on the segregated data, there’s no danger that some unforeseen bias crept into the model.

In addition, some projects require careful pre-classification and data cleansing, which is sometimes called “embedding.” This standardizes the data and introduces a simple structure that can simplify the process. Some numbers, for instance, may be rounded off. Some words may be converted to all capital letters. Occasionally, a separate classification algorithm is used to perform this step.

What are some of the best-known classification algorithms?

The classification algorithms used in AI are a mixture of statistical analysis and algebra, arranged in flowcharts and decision trees. Some approaches predate the idea of creating machine intelligence, emerging from a field of statistics, calculus and numerical analysis.

Many artificial intelligence models use a combination of different approaches and algorithms. Indeed, the choice of algorithm can be a bit of an art. Scientists have a feel for which approaches may work best and they may try numerous combinations until they find a predictive solution.

Some of the best known approaches are:

How are the major companies attacking classification systems with artificial intelligence?

All of the major cloud companies maintain strong programs in developing and marketing artificial intelligence applications. Each can easily tackle classification problems using their built-in algorithms. Helping customers sort through and label data is one of the first and best applications for their AI tools.

Amazon’s SageMaker, for example, supports many of the best classification algorithms, including nearest neighbor and regression. Its documentation includes a variety of examples for labeling text and image data using all the possible algorithms. The models can also be deployed with many products, such as DeepLens, a fully programmable video camera that can handle some classification problems internally.

Google’s AI tools like VertexAI can all be applied directly to labeling data. The AutoML tool includes a number of predefined and automated procedures for classifying image or textual data. There are also several specialized tools and APIs designed for some of the most important use cases. The Cloud Data Loss Prevention tool is optimized for detecting sensitive personal information and then obscuring it. The Cloud Natural Language API has several pretrained models for tasks like analyzing sentiment or classifying content.

Microsoft’s Azure offers a wide range of tools that start with supporting basic experimentation and end with pre-built applications for important common tasks. The early work is supported with Jupyter notebooks, which have a drag-and-drop interface. The Azure Applied AI Services have tools that optimize jobs like form recognition and digitization, video analysis for jobs like improving safety through surveillance and the Metrics Analyzer for tracking anomalies in log files.

IBM’s products support classification through data science platforms like SPSS and pure AI algorithms. After basic experimentation and exploration, IBM also supports a number of focused tools like the Security Discovery and Classify tool, which can help button down websites and prevent data loss. The Watson Natural Language Understanding tool now includes a feature for creating classification models for text with just a few steps.

Oracle’s product line also includes a wide mixture of tools for basic experimentation, as well as focused systems that tackle particular chores. The Human Capital Management tool in their cloud supports HR departments and offers some AI-based features for classifying employees according to their skills  with a Skills Engine and a Skills Nexus. The AI Services have many prebuilt models for analyzing speech, text and imagery.

Startup companies that are solving the problems of classification with artificial intelligence algorithms are also targeting a wide range of markets. Some want to build basic tools that researchers, data scientists and enterprises can deploy. They’re exploring some of the most novel approaches and avenues.

Many companies are also applying the algorithms directly to specific niches or applications. They’re focusing on adapting the approaches to the particular idiosyncrasies of the domain by customizing the data collection, cleansing and embedding into a training set. Many of these don’t sell themselves as artificial intelligence companies, even though much of the value they create comes from the algorithms.

Affirm, for instance, is a fintech firm offering loans to shoppers. Its “Debit+” card offers low 0% APR loans for particular items at sponsoring stores like Lowe’s or Peloton. Other purchases are cleared like normal debit transactions. The AI algorithms work in the background to classify the customers and their purchases.

Clarifai offers a wide range of powerful low-code and no-code classification pipelines for processing text, audio, imagery and video. The Flare Edge tool, for instance, is designed to deploy the classification models to cameras and sensors throughout the internet to speed classification by eliminating the need to ship imagery to a data center.

Symbl AI works with unstructured text and audio to detect conversational topics and classify them according to tone and intent. It integrates with video, telephony, text and streaming sources.

Vectra AI analyzes networks on premises and in data centers to classify threats and identify potential security holes. It watches for dangerous activity like large-scale data exfiltration or encryption to identify the most dangerous threats.

Is there anything that artificial intelligence can’t classify?

Scientists have a wide range of possible classification functions, and they can often find a good match given enough training data. The problems often appear later, when the new data forms a different pattern from the original training data. Even small changes can be significant because sometimes the models are sensitive to tiny shifts in values. Some implementations deliberately use a feedback mechanism to retrain the model over time.

It’s important to note that problems can arise when the data set includes inadvertent patterns. A common difficulty with visual datasets comes from the lighting of the subjects. If a training set is filled with photos taken inside, it may not perform correctly when the new images come from outside or at dusk, for example. Eliminating these subtle differences can be a challenge because humans may not be aware of them. Assembling larger and larger training sets is a common approach to try to ensure that all possible combinations are reflected in the data set.

Other problems can arise when the sensors detect very subtle differences that aren’t obvious to the scientists. For example, human skin often becomes slightly redder during the moments when blood is being pumped through them. Some use a camera alone to sense and measure someone’s pulse. The amount of this flush, though, is rarely enough for human eyes to see. Well-functioning machine learning algorithms can point out subtle differences like this to the human, but sometimes the human discards it as noise.

Read more: Does cognitive computing offer the next wave of analytics beyond data science?