Spain must have been four or five-nil up when veteran football commentator Clive Tyldesley described them as playing “PlayStation football” yesterday. Jordi Alba had just nutmegged a poor, undeserving Costa Rican twice before playing the ball backwards, an assertion of flamboyant dominance more than a genuine attempt to break through the defence. Spain were comfortable, playing that classic tiki-taka game that their predecessors, legends like Xavi and Iniesta, pioneered. It was nice to watch, but it didn’t bear any resemblance to the game I’ve played on PlayStation, or any console for that matter.

The throwaway comment piqued my curiosity. How did the phrase enter the commentary of the real game? How did Clive Tyldesley become aware of it? And what does he think PlayStation football actually is?

I don’t know who first uttered the phrase while commentating on an IRL football game, and thanks to thousands of well-SEOed FIFA guides, I have no way of finding out. I do remember, almost a decade ago, Gary Neville said that David Luiz looked like he was “being controlled by a ten year old on a PlayStation.” If you’ve ever watched David Luiz play, then you’ll know that’s a fair assessment, despite Neville’s subsequent apology. 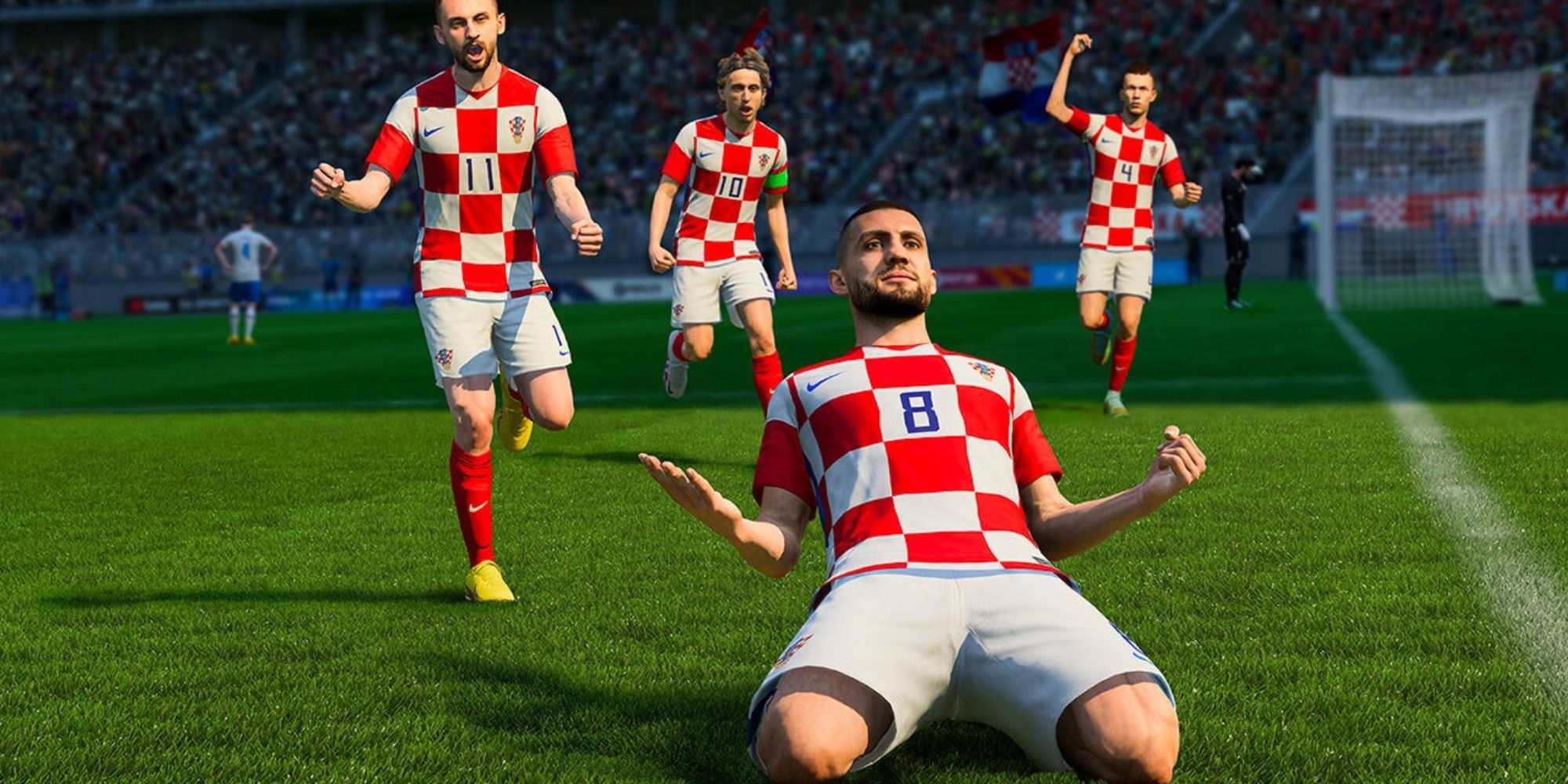 But it wasn’t until years later that the phrase took off in earnest. I don’t remember hearing it in commentary often, but it must have been said enough to warrant the meta phrases that pop up in the FIFA game itself. “It’s like watching a video game,” or words to that effect, come out of Derek Rae’s virtual mouth as Charlie Adam hits Ronaldo’s Suii after scoring a particularly delicious goal. I see what you did there, Derek.

The phrase has clearly evolved over the past ten years. Gary Neville’s comment was said with venom, a clear insult to Luiz’s erratic play. Tyldesley, on the other hand, was complimenting Spain on their passing triangles and comfortable, skillful performance. Which is more accurate to actual FIFA gameplay, to real “PlayStation football”? Neither, really.

Due to SBMM in Division Rivals, I’ve never matched up with a ten year old, or if I have, they’ve been better than me. The only time I’ve seen an opponent close to Gary Neville’s assessment is after the third Charlie Adam rainbow flick sails over their keeper’s head and they start to seethe. You might see wayward slide tackles and wild volleys just before a rage quit, but even ten years ago kids were good at FIFA. 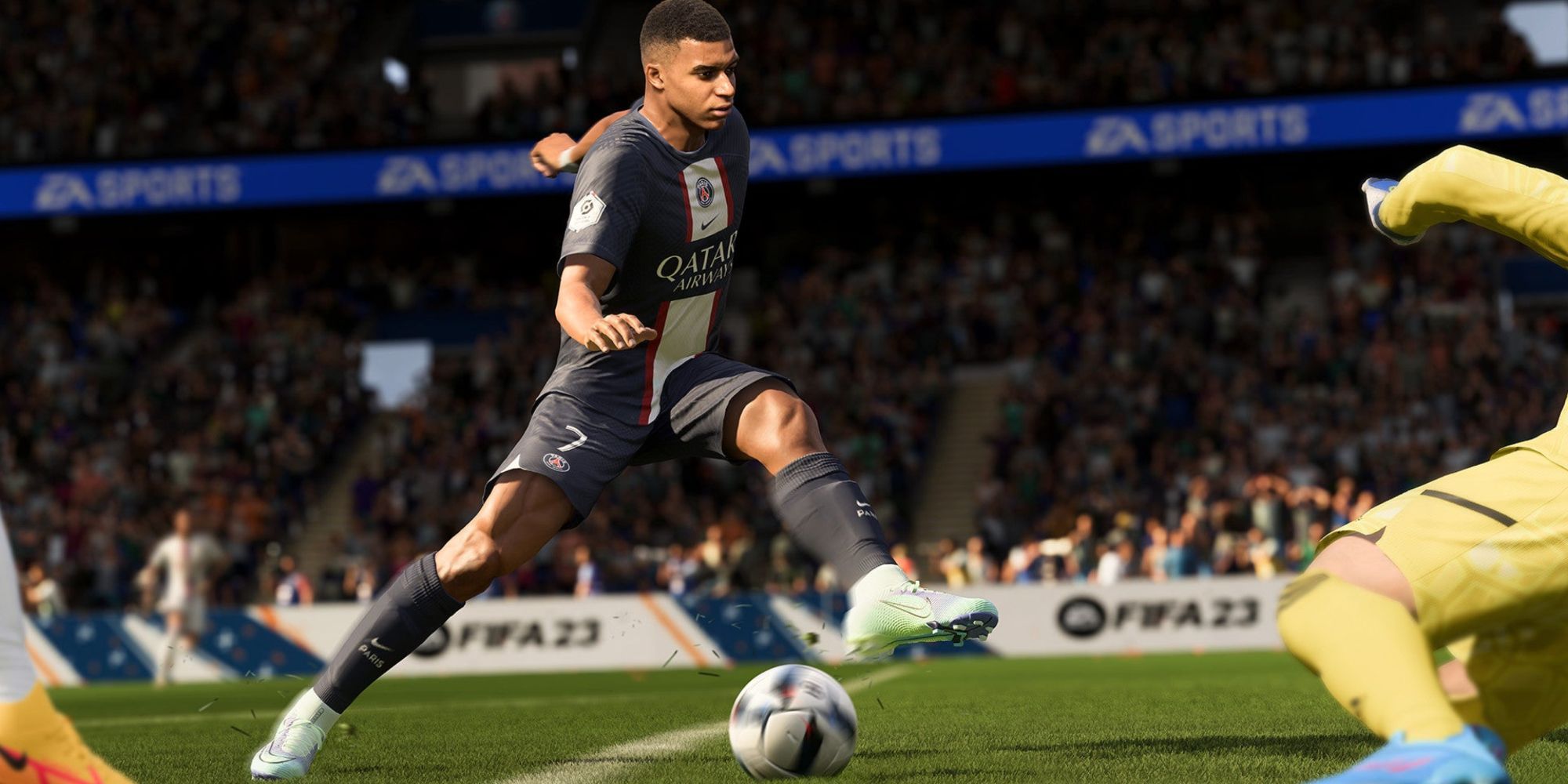 Good at FIFA has rarely meant playing nice football, though. I remember the best tactic in FIFA 08 was to give the ball to your fastest, most skillful player, and run the length of the pitch with them before wellying it into the net. Tackling has improved over the years, but your best option in FIFA 23 is to play like classic Stoke; ping a long ball over the top for your lengthiest player to run onto. Tiki-taka has never been meta.

Tyldesley’s impression of “PlayStation football” is one of ignorance, but you can’t blame him. I don’t expect a man born in the 1950s to stay up to date on the FIFA meta, or even know that the game is also available on Xbox, PC, and (kind of) Switch. It’s just a stock phrase now, a meaningless piece of conversation that commentators can throw in when Spain have had 85 percent possession and there’s nothing else to say. 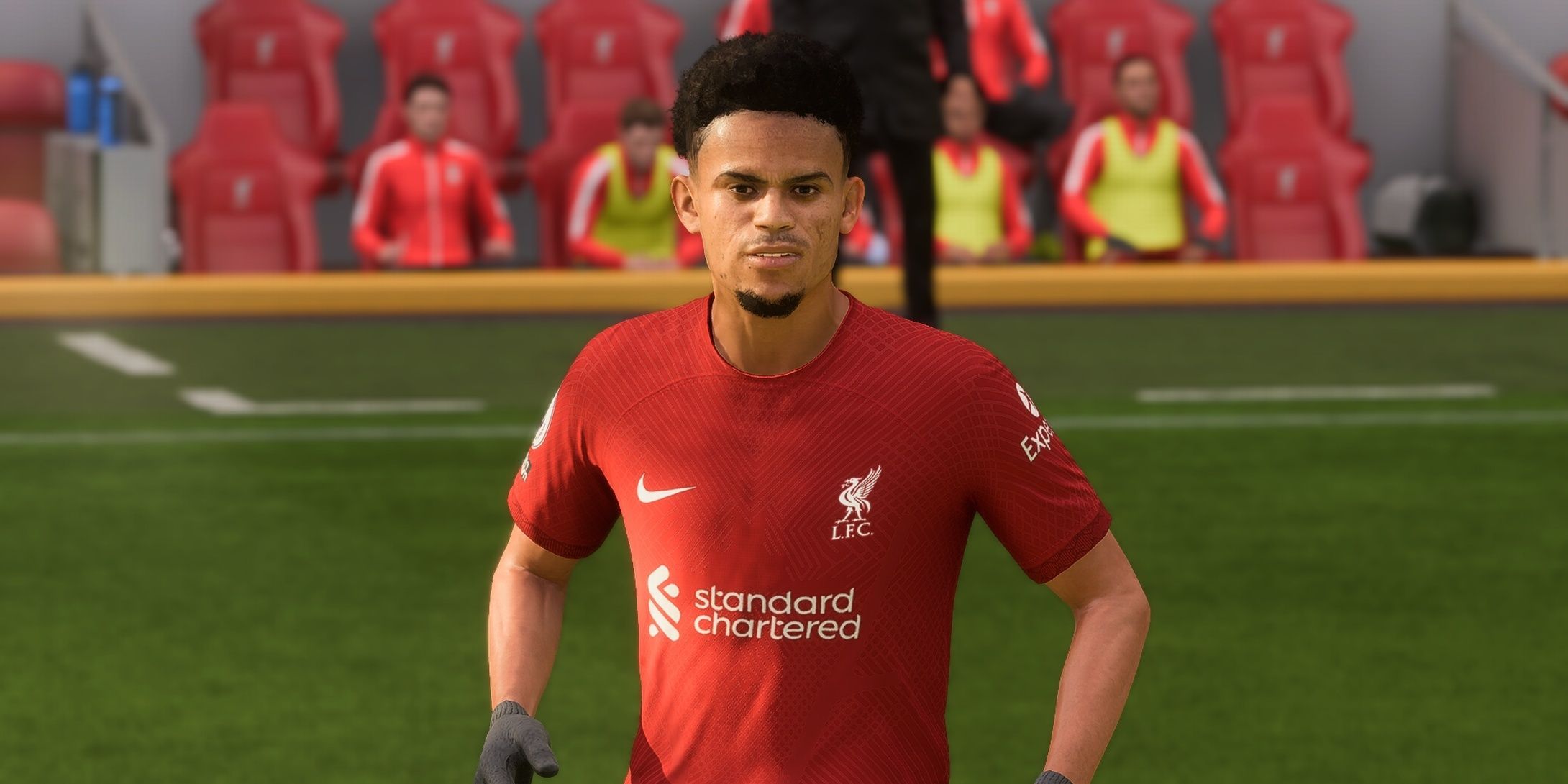 In many ways, it’s replaced the classic expression, “It’s like watching Brazil!” which has gone out of fashion since Brazil’s performances have dropped off. Nobody looked at Iran and referenced Germany’s drubbing of the Selecao in 2014.

Commentary has always been mostly meaningless, with few commentators offering anything but the most obvious information to those who know anything about the game. There are exceptions, but for every John Motson and Emma Hayes you have a Robbie Savage and John Hartson. The fact that video games are mentioned at all is a sign of the times, though – they’re a clearer point of reference for younger viewers than decades-out-of-date Brazil teams. But it’s typical of a widespread public misunderstanding of the virtual game that “PlayStation football” is used to describe Spain and not Stoke.