There’s no nice way to say it: Pokemon Go Fest 2022 was a bit of a disaster. While it was undoubtedly a financial success for Niantic – who just reported $6 billion in lifetime player spending – the sentiments from the community following the event are overwhelmingly negative. I've been all through the subreddits, social media posts, Discord servers, and fan groups, and everyone is saying the same thing: Go Fest ‘22 was a huge rip-off.

So what went wrong? The biggest point of contention is definitely the Shiny rates. While there’s a lot more to Go Fest than hunting Shinies, the increased Shiny spawns definitely sell a lot of tickets. For many, Shiny hunting is the only reason to show up at all. Unfortunately, the actual rate of Shiny spawns didn’t seem to match the rates that Niantic promised, and some are now accusing the company of false advertising.

Niantic hasn’t commented on the Shiny controversy yet, but we have enough data available to posit a few theories. One of the biggest reasons that there were fewer Shinies this year than last year is that many of the Pokemon in the pool didn’t even have Shiny versions that could spawn. According to Reddit user /MarsNeedsFreedomToo, 23 of the 61 Pokemon in the Wild were not Shiny eligible. Compare that to last year, which only featured nine non-shiny Pokemon out of a possible 53, and you can see why there were so few Shinies to go around.

The vast majority of reports about low Shiny rates are anecdotal but we have at least one data point that indicates Shiny rates were not boosted at all, at least for one Pokemon. Redditor /feewel found a website that takes self-reported Shiny encounters from players to determine Shiny rates. From a sample size of 8600 players, it was determined that the Unown Shiny rate was only 0.53 percent. Niantic doesn’t disclose the exact values for regular and ‘boosted’ Shiny rates, but this figure would seem to be in line with regular, non-boosted rates.

We may never know if Shiny rates were boosted, or by how much. Some have speculated that Niantic mistakenly gave us the same slightly-boosted Shiny rate on both days instead of increasing it more on Saturday than on Sunday, while others believe the rates were simply bugged. I ended the weekend with ten shinies – two Trapinch, two Numel, Buziel, Litten, Burmy, Larvitar, Patrat, and Groudon – which is two more than I found last year. Many others – including our own Ben Sledge – played the entire weekend and didn’t find a single Shiny. Luck is a huge factor when it comes to Shinies, and we’ll just never know if there was a real problem with Shinies last weekend or just a perceived one.

But Shiny rates weren’t the only issue. A handful of bugs made the weekend pretty frustrating for players, even those of us that didn’t know others were struggling to catch Shinies. The biggest problem was the constant ‘ghost spawns’ that came while using incense. It seemed like half the time you tried to tap on a Pokemon it would simply disappear from the screen without giving you a chance to catch it. Niantic addressed this bug in a tweet, saying that a visual bug was causing Pokemon that had already fled from the Map to be attracted by Incense and Lures. The company promised it was working on it, but by the end of the day on Sunday it was still an issue. If you were already having trouble finding Shinies, these ghost spawns surely aggravated the issue. 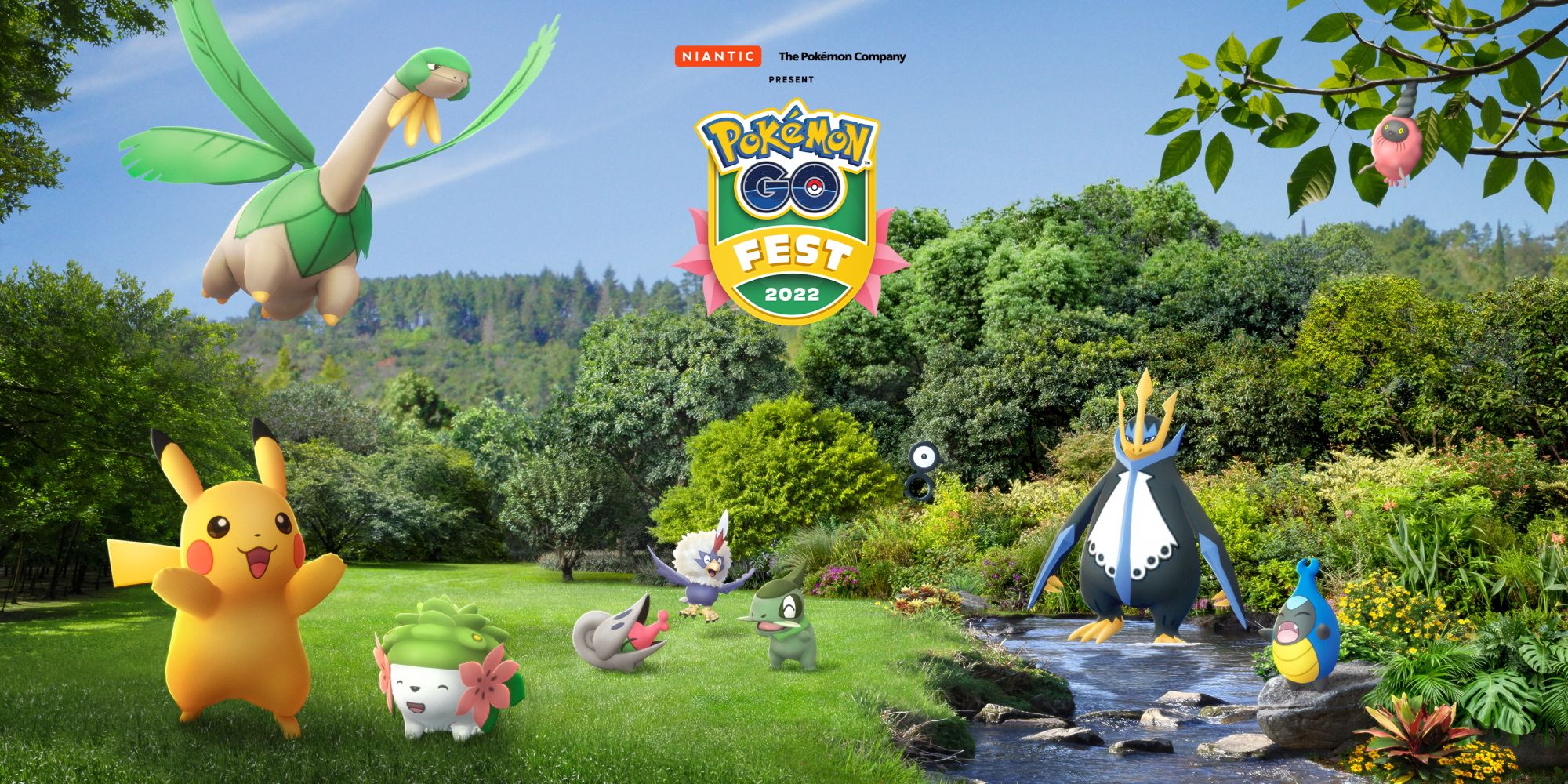 Another bug, which Niantic similarly acknowledged, affected raids. Players reported a wide variety of issues that caused their games to freeze during a raid. I personally encountered several, including getting kicked out of a remote raid for being too far away, getting kicked out of a raid in the middle of it when eggs hatched, and a raid that froze as soon as the Pokemon was defeated. This bug not only cost players time and opportunities, but also any money they may have paid for Raid Passes. All of these small annoyances compounded on each other, making the whole event feel like a buggy, unrewarding waste of time.

On top of all of these issues, Go Fest 2022 just wasn’t very exciting – at least compared to last year. There was no theme, none of the wild spawns, apart from Axew, were rare or particularly desirable, there wasn’t a great selection of Legendaries in the raids, and the introduction of the game’s first Ultra Beast was underwhelming. It didn’t feel like a particularly special event compared to the blow out that was Go Fest 2021. Even if there were no bugs and Shinies were plentiful, the whole thing would have still felt like a bit of a letdown.

The Pokemon Go community hasn’t been on great terms with Niantic recently, which is also contributing to the negativity around this event. The Incense nerf earlier this year and the increased cost of Remote Raid Passes last month has fostered a lot of hostility among players who feel like Niantic is ignoring what people want from Pokemon Go, and this Go Fest seems to have reinforced a lot of those sentiments. That negativity is also shaping attitudes toward upcoming events like Adventure Week and the Pokemon TCG crossover event later this month. Pokemon Go needed a strong community event to remind players why they love this game, but Go Fest 2022 only seemed to make things worse.