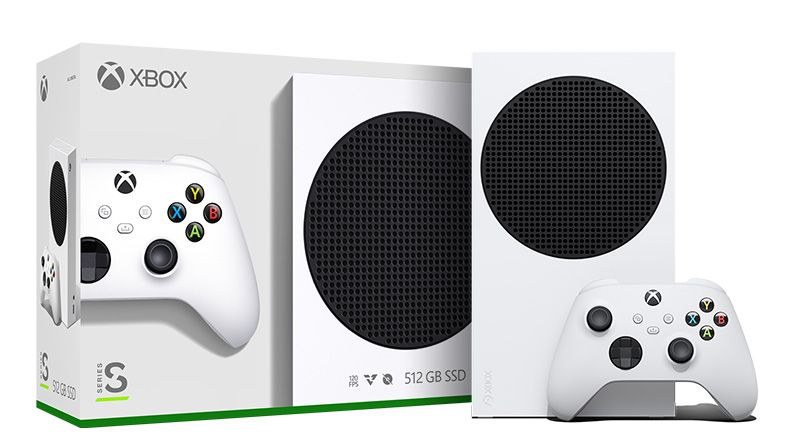 A reader explains why he decided to sell his Nintendo Switch in order to buy an Xbox Series S, and why he didn’t get a PS5 instead.

It’s an expensive business being a video games fan. The start of every new generation brings with it a bunch of really difficult questions that, for me at least, boils down to one simple fact: I can only afford one console and even that will probably involve selling one I already have. I’m not suggesting I’m on the bread line or something but we’re a young family with two kids and not only have I got financial responsibilities but I don’t have nearly as much time for games now, as when I was a teenager.

Strangely, that does mean my situation has not really changed in terms of buying consoles and, to a degree, games. When I was younger I had to choose carefully because I had no money and now I have to choose carefully because although I do have much more money in theory I really shouldn’t be spending it on games. Not to mention, when I was teenager I had all the time in the world for games and now… I don’t.

So I’ve done it. I’ve sold my Switch and got an Xbox Series S. Or at least that’s what I intend to do next week. I’ve been trying to convince myself that I can afford to buy a PlayStation 5, now that they’re a little easier to get, but I know I shouldn’t and haven’t been brave enough to raise the issue with my wife. But when I saw GAME’s trade-in offer, where you can get an Xbox Series S for just £40, I decided to take the plunge.

I should say first off that I consider myself a Nintendo fan, if not a rabid one. Selling the Switch is probably not something I would’ve considered if I had not also seen the stories this week of the Switch Pro, which now seems certain to be released in a few months’ time. I have no specific plans to get it but the vague notion in my head is that if I sell the Switch now, the Switch Pro will be backwards compatible and I can pick up where I left then.

It was a surprisingly easy choice for me as there hasn’t been any new games out for some time and none are on the horizon (I realise some may suddenly pop up at E3, but even if they’re released straight away I feel it’s best to make the leap now as getting the Switch Pro later is logical and if I’m going to act then better to do it when there’s no other temptations).

So selling the Switch was a bit of a no-brainer in the end but the big question for me was not whether I should sell the Switch but whether I should get the Xbox. As I mentioned, my natural instinct was to get a PlayStation 5, since I’ve enjoyed the PlayStation 4 and I don’t really like any Microsoft exclusive so far – not that there is a so far with the current generation.

But cost is a factor. The price of PlayStation 5 games and the value for money of Game Pass is just too tempting. Especially as I’m curious to see if I might have missed anything good on the Xbox One and it’s never good to just stick with one format forever. But yeah, really it’s because of the money I’ll save. Especially as I don’t have a 4K TV, so I lose nothing from getting the Xbox Series S. I mean… £40 for a next gen console that’s not bad!

I am curious how common my decision will prove to be with others, as the generation goes on and the Xbox starts to get some decent exclusives as well as just offering good value for money. If everything was equal, I still would’ve preferred to have got a PlayStation 5. But they’re not equal and I feel I’ve made the right choice.