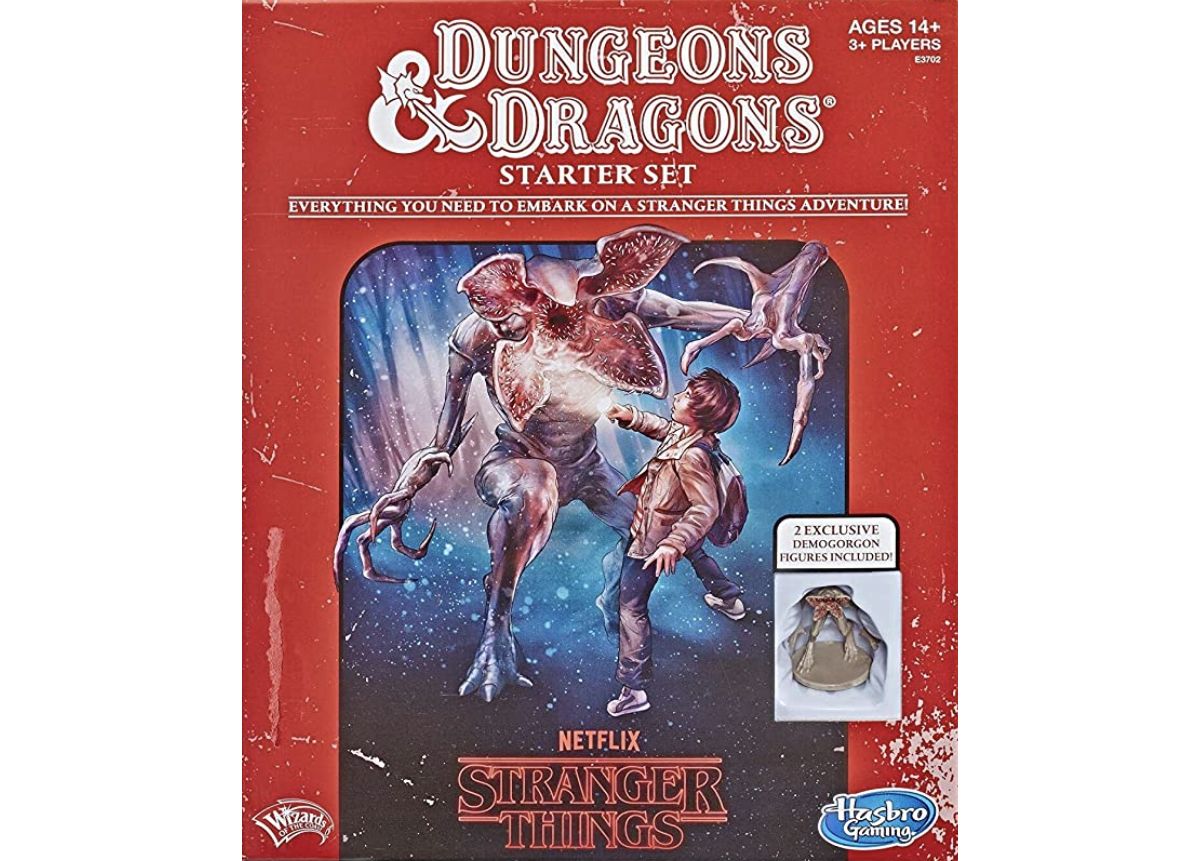 Strangers Things Series 4 may be done but if you want to revisit The Upside Down with Dungeons & Dragons it’s easier than you think.

The Hellfire Club is the name of the after-school Dungeons & Dragons group Mike, Dustin, Lucas, and Erica play in during the latest series of Stranger Things. The leader of the club, and Dungeon Master, is Eddie Munson, as played by British actor Joseph Quinn, who struts around Hawkins High like the physical embodiment of ‘80s satanic panic. This is 1986 and nerds aren’t cool yet. Fast forward 35 years and watching the D20s roll on the small screen is a major part of the current Dungeons & Dragons resurgence, where you’ll see groups playing weekly in every gaming café around the UK.

Dungeons & Dragons has been around since 1974 and yet has never been more popular. It can be a great way to navigate social situations now that lockdown is over, develop interpersonal skills, and build confidence. But how easy is it for those who want to join a campaign for the first time, to get involved? Wizards of the Coast, the modern publishers of the game, are keen to make it as simple as possible.

One obvious starting point is playing as one of your favourite Stranger Things characters, with the Stanger Things themed Dungeons & Dragons Starter Set. Although it uses the modern version of the rules (things have changed at lot since the 70s) the idea is that it otherwise recreates the game that the kids themselves were playing, including the chance to be Will the Wise or Dustin the Dwarf and fight the Demogorgon.

The Stranger Things Starter Set contains a rulebook, five Stranger Things characters sheets, six dice, and two Demogorgon figures (one painted and one not). Add in Kate Bush’s Running up that Hill from Spotify and you’ve got everything you need for around £32.

If you and your friends want to start a Hellfire Club from scratch the regular Starter Set is even cheaper, at around £17, even if it has nothing to do with Stranger Things. That freedom can be overwhelming at first though and so it’s a good idea to nail down exactly what you want to do before you start, including what kind of setting, characters, and story you want to pursue.

Are you players more into role-playing than combat? How strict do they want to be about the rules and dice rolls? And how hard do you want to make the game in terms of combat, puzzles, and exploration? Getting the tone of your campaign right is important before you start, especially as different people may have very different ideas about what they’re going to do be doing.

Storytelling is always the foundation of a campaign but not everyone wants to talk in-character or cares about the minutiae of Dungeons & Dragons lore. Your most confident friend or family member will usually take on the role of the narrator and guide, called the Dungeon Master. At first, it’s much easier for them to run a pre-existing adventure, rather than come up with their own story, and there are many that are designed specifically for new players.

Some of these are included with the Starter Set, which introduces the Forbidden Realms – the default vanilla fantasy setting for Dungeons & Dragons. This is home to territories including Baldur’s Gate and the snowy Icewind Dale, both of which have been subjects for multiple classic video games.

The Forgotten Realms, often collectively referred to as ‘The Realms’ was inspired by stories Dungeons & Dragons writer Ed Greenwood created growing up in Toronto and originally appeared in the 2nd edition of the game, as they were thought to be a more accessible setting than the Dragonlance one used in Advanced Dungeons & Dragons from 1982.

Although they’re probably better left until you have a bit more experience, there are many other settings beyond these, which can have more of a horror (Ravenloft) or steampunk (Planescape) atmosphere, as well locations within the Forgotten Realms based on history and mythology from all around the world. This month’s Radiant Citadel also includes 13 standalone adventures written solely by people of colour and is inspired by everything from Thailand to Ancient Persia.

After you’ve got the hang of the rules, and a grasp of the Forgotten Realms setting, you can think about crafting your own adventure from scratch. The core rule books are the only ones you really need, with the Dungeon Master’s Guide and the Monster Manual included in the Starter Set. As you get more into things though the Player’s Handbook is the next obvious purchase, as it’s a hardcover tome that comes in very handy, with some stunning art, maps, and references to inspire you.

For that reason, you may actually want to get the Dungeons & Dragons Essentials Kit, as it comes with both the Starter Kit and the Player’s Handbook for a small saving. After that, there are lots of other books to bulk your experience out with items and enemies, such as Xanathar’s Guide to Everything and the Monster Manual, which introduces additional enemies, spells, and locations to help expand the scope of your adventures.

Not sure how many books you can fit in your backpack? Dungeons & Dragons doesn’t have to be an analogue experience, as there’s a digital toolkit called D&D Beyond. This mobile app gives you character creation and spell stats at the tip of your fingers, which will allow you to start making characters with more personalised relationships, motivations, and temperaments.

If you’re not enrolled at Hawkins High, don’t worry, as there’s still plenty of games cafés throughout the country, hosting dedicated weekly Dungeons & Dragons events you can join, and run by experienced Dungeon Masters with fully formed campaigns you can be a part of.

In Dungeons & Dragons creative thinking is always applauded and players will often come up with ways of interacting with an adventure that the Dungeon Master will not have considered. Even the most casual group, after a few sessions, can have an immersive and entertaining experience.

With the movie Dungeons & Dragons: Honor Among Thieves due out next year and a big presence at the San Diego Comic-Con at the weekend, Dungeons & Dragons, and role-playing in general, has never been more popular with ordinary people. Stranger Things has had a lot to do with that, so there’s no better time to start your own Hellfire Club and see what all the fuss is about.