One of the scariest things about certain enemies in Wildcat Gun Machine is that you get the idea that they were once human. Act One makes a strong argument for this by having human-like zombies wandering around, but as you get further into the game, you get further away from the human element.

The hero seems to be the only human in existence and must hunt down every monster she encounters as she makes her way to the heart of each facility. She'll even have to deal with many Eldritch-like creatures with otherworldly powers like those possessed by Unthinkable Horror.

What Is Unthinkable Horror? 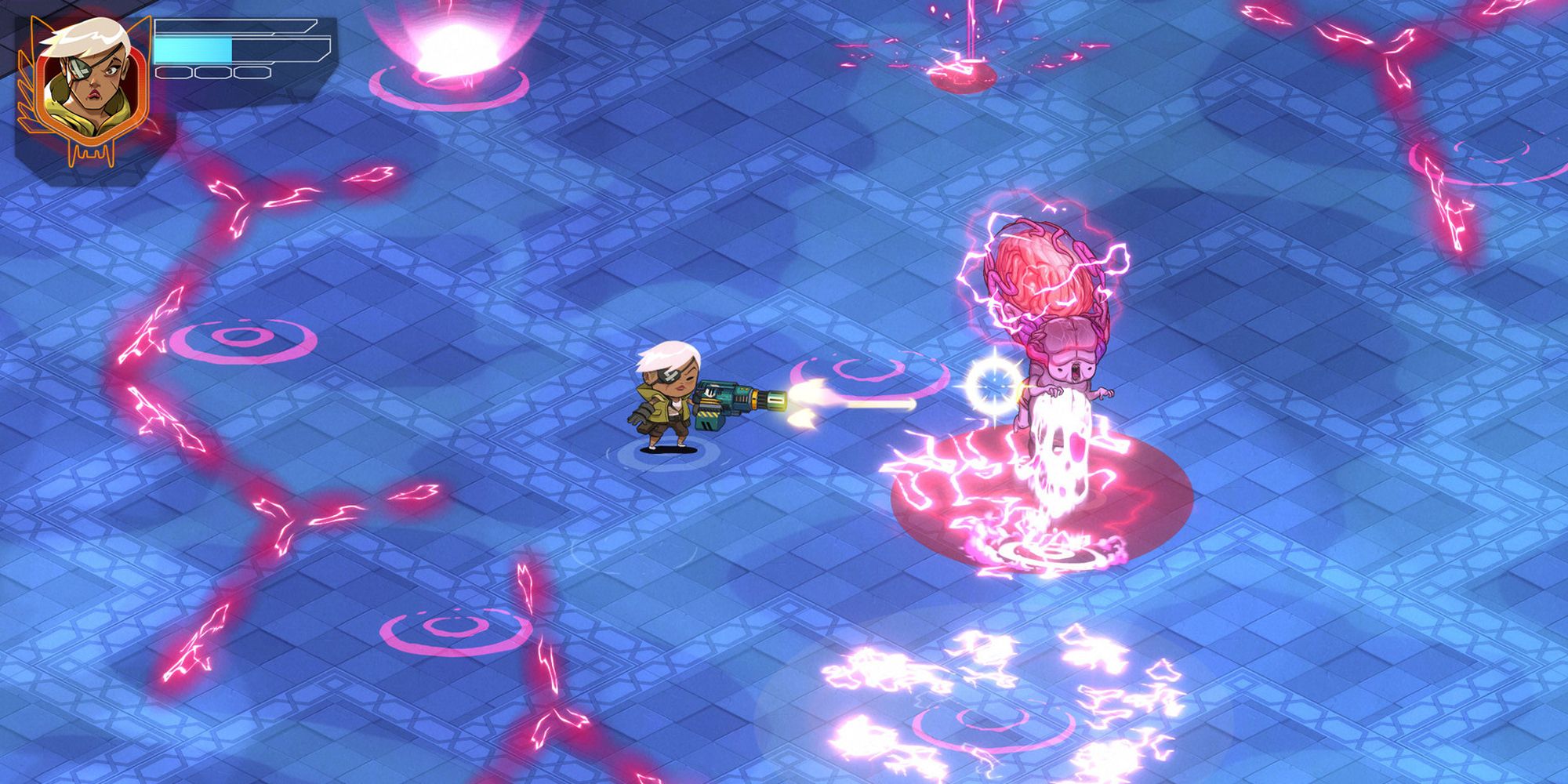 From the works of Lovecraft to mainstream pop culture, Eldritch ideas and creatures continue to thrive in all sorts of games. They're certainly present in Wildcat, appearing as the primary foes of Act Three. As you'd expect, almost every single one is a flesh-colored creature that has been twisted in horrible ways.

So many eyes, no eyes, and more tentacles than you can count will be teleporting into each of the chambers you decide to enter. When you enter the first boss chamber, you'll be faced with Unthinkable Horror. With features similar to that of a small child, it's made even more disturbing by its overgrown cranium and horrible crying. In addition to creeping you out, it will use a variety of powers to make you suffer.

How To Beat Unthinkable Horror 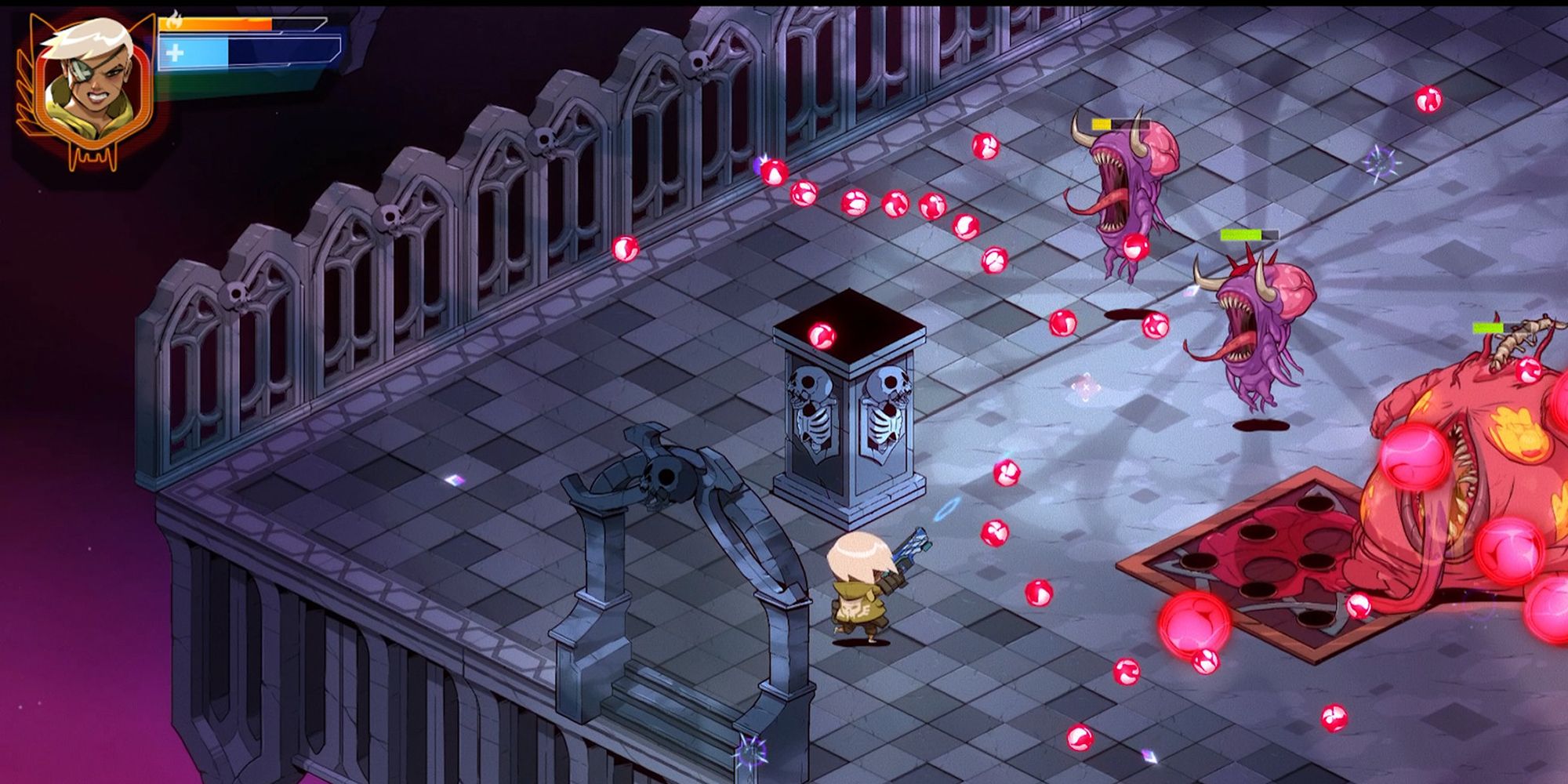 Unthinkable Horror is an unusual boss and enemy in general as it's the only one that doesn't use bullets. This is no cause for celebration as the types of attacks that it does use can send you into a panic. Its trademark ability is an AoE attack that causes it to radiate red energy in a large circle beneath it. It spreads quite far and will quickly drain your health if you're standing in it so stay back.

It can also be a frustrating boss to deal with as it's definitely on the smaller side. On top of that, it will dart around the large arena between AoE attacks. This makes it very hard to track from offscreen, so you'll have to actively chase it in under to be able to hit it effectively. You need to move quickly as the period between when it stops and when it uses the AoE attack is quite short. 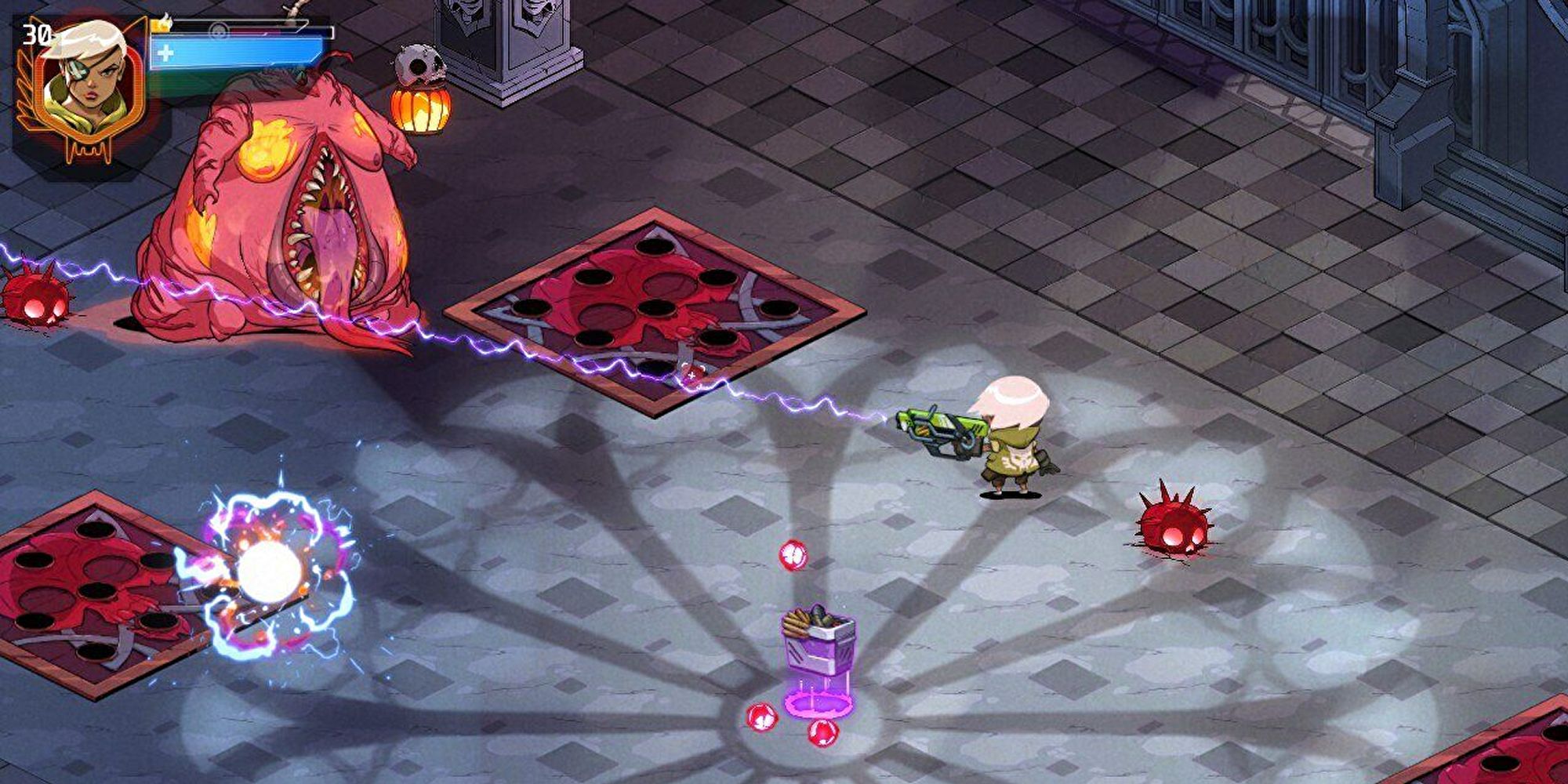 As for projectiles, it uses chain lightning. It will shoot out slow-moving red bolts along the floor that will continuously split into two and go in diagonal directions.

Although they seem hectic, keep a cool head and just move or Dash to spots between the lightning streams. As it takes more damage, Unthinkable Horror will start spawning smaller AoE circles randomly around the field so keep moving.

If you're willing to play the long game, you can choose weaker weapons with homing capabilities in order to hit the Unthinkable Horror from offscreen. No matter what types of Grenades you're using, they're pretty ineffectual during this fight. By staying in pursuit of it, however, the Electric Beam weapon can be very effective against Unthinkable Horror.