The final part of The Witcher 3‘s Hearts of Stone expansion culminates in the Whatsoever a Man Soweth quest. The choices you make in this final act will have a major impact on how the ending plays out, so make the right choice and follow our guide.

After you’ve exhausted all other quests and missions in the Witcher 3 Hearts of Stone, it is finally time to pick a side between Gaunter O’Dimm and Olgeird von Everec, whose very soul hangs in the balance. Your decisions here will decide not only the fate of these characters, but more importantly what reward you receive for your participation, or lack thereof. But, are these rewards really worth the cost?

The Witcher 3 Hearts Of Stone Whatsoever A Man Soweth Walkthrough

This guide will spoil both possible endings for the Hearts of Stone expansion in The Witcher 3. You have been warned.

Once you’re ready to begin this final leg of the expansion, go back to the Alchemy Inn in Oxenfurt and speak to Master Mirror. This will start the Whatsoever a Man Soweth quest and send you to Shani’s Clinic. 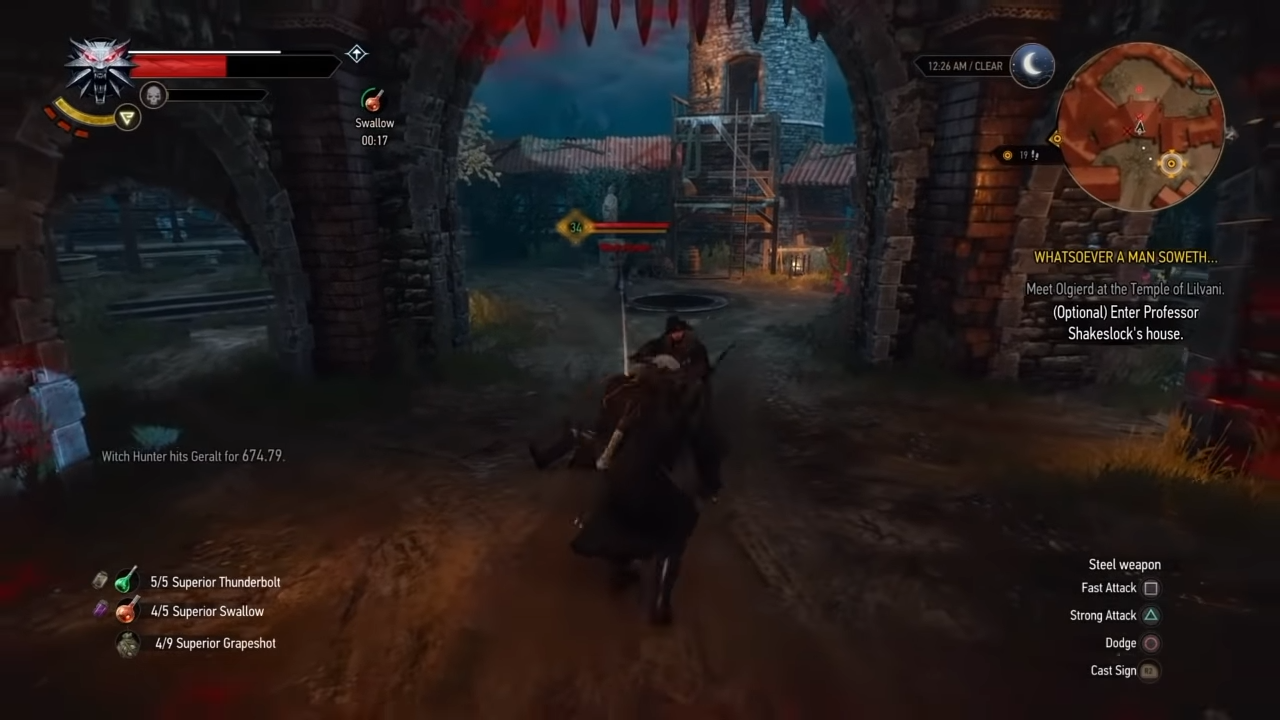 If you decide to go to Oxenfurt Academy to talk to the Professor more about Gaunter O’Dimm, you will need to break in through the river. Get down to the water and swim under the Academy and to the right. You will have to fight off some Drowners while you wait for Shani to lower a rope down for you to climb.

After getting inside you will be confronted by some Witch Hunters guarding the Professor’s room. Take them out and, rather than head to the door which is locked, climb the ladder in the courtyard and follow the path along the roofs to his balcony and blast your way in with Aard.

Once inside you can finally speak to the professor to get some last information to guide your decision.

Whether you took the detour to the professor or not, you will need to go through the caves and into the Temple of Lilvani where a cutscene will trigger leading to the major choice of the quest. 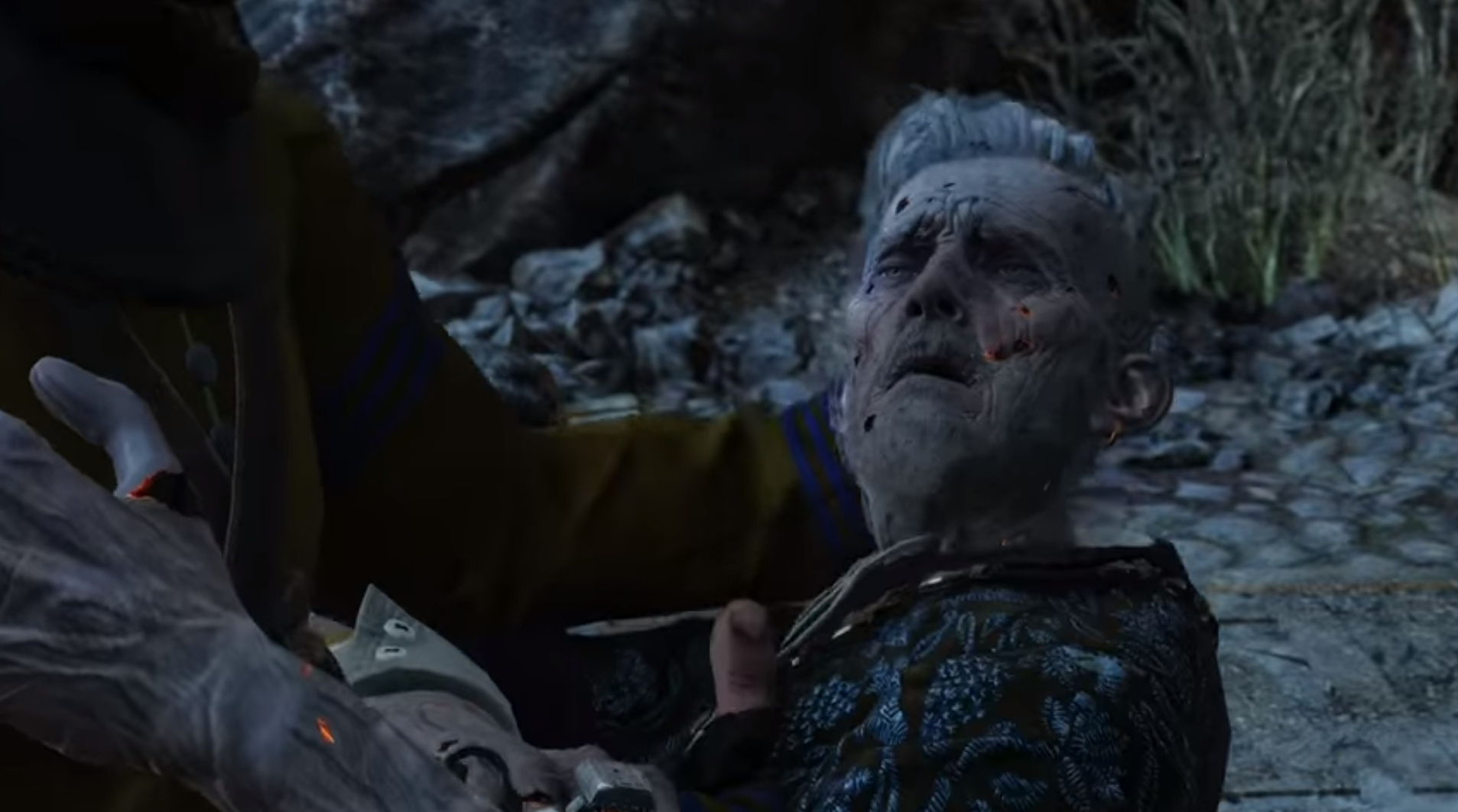 If you decide to do nothing when the men meet, the events will play out with Gaunter stealing Olgeird’s soul right in front of you. In return you will get to pick one out of five options as a reward from O’Dimm depending on what you say.

If you do decide to try and save Olgeird’s soul you will be faced with a riddle to solve from Master Mirror in the spirit realm. You only have a limited time to solve it, and too many objects to investigate them all.

To solve the riddle, immediately run forward and take a right at the well, ignoring the enemies. Cross a bridge and continue down the path forward under a stone arch until you come to a giant spirit. You’ll have to kill this spirit to make a small detour and go up the stairs nearby and retrieve the Venomous Viper Silver Sword. Keep to your left and continue along the cliff side, climbing up some rocks, past a strange glowing tree, and hang a left when the path splits. 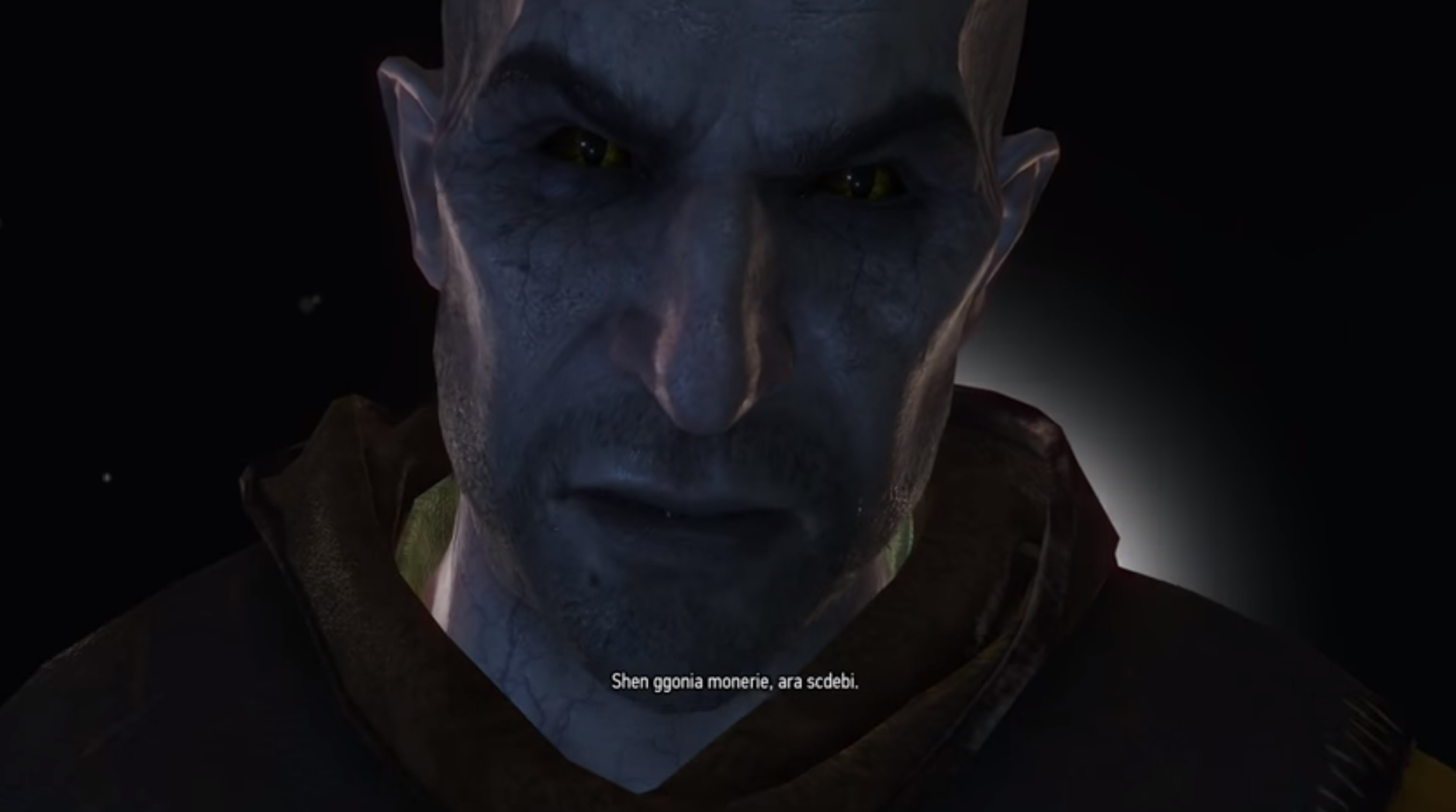 You’ll come to a cave entrance with some gold outside, but just ignore that because the inside of the cave is bursting with money and jewels – if  you have time to spare, fill your pockets.

Once you come out the other side of the cave, keep running right and into a graveyard patrolled by two Gargoyle spirits. Ignore them too and just get inside the nearby mansion.

Inside, go straight down the hallway to come right up to the solution of the riddle. But, just before you can reach it, the floor will fall out from under you and drop you into a courtyard filled with mirrors.

Rather than touch any of them, go to the fountain and blow away the wall behind it with Aard to let the water back into the fountain. Interact with the reflection in the water to finally solve the riddle.