The demo for World’s End Club is available now on the Nintendo eShop, giving players a glimpse of what they can expect when the full game releases on May 28.

World’s End Club is a heavily narrative-driven game that tells the story of a group of students who find themselves trapped in an abandoned undersea amusement park after some sort of meteor collided with the Earth. The group is tasked with competing in a “Game of Fate” that pits best friends against one another in an attempt to survive. Only one person can win the game, with everyone else ending up in the bowels of Sludgebot – a large, mechanical robot under the control of Pielope, the quirky, fairy-like villain who appears to be the gamemaster behind the Game of Fate. 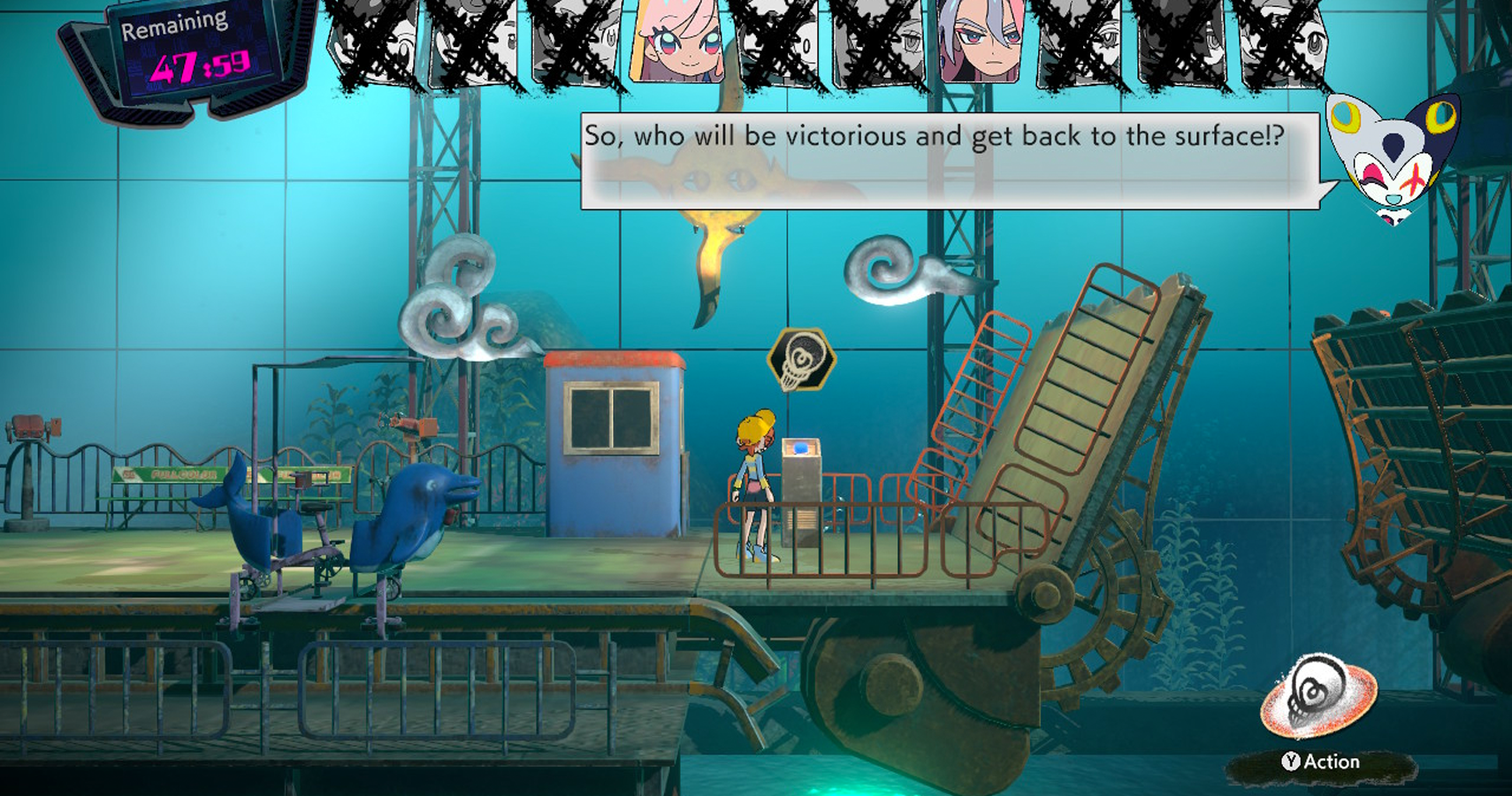 It’s every kid for themself — something that one of the older students, Aniki, takes to heart from the get-go. It’s immediately clear that Aniki will do whatever it takes to win, and that’s exactly what it boils down to at the end of the demo in the Undersea Theme Park level, when Reycho is forced to chase after Aniki.

Aniki is too fast for Reycho to catch on foot, meaning he needs to figure out another way to “catch” Aniki before time runs out. Here’s exactly what you need to do to stop him. 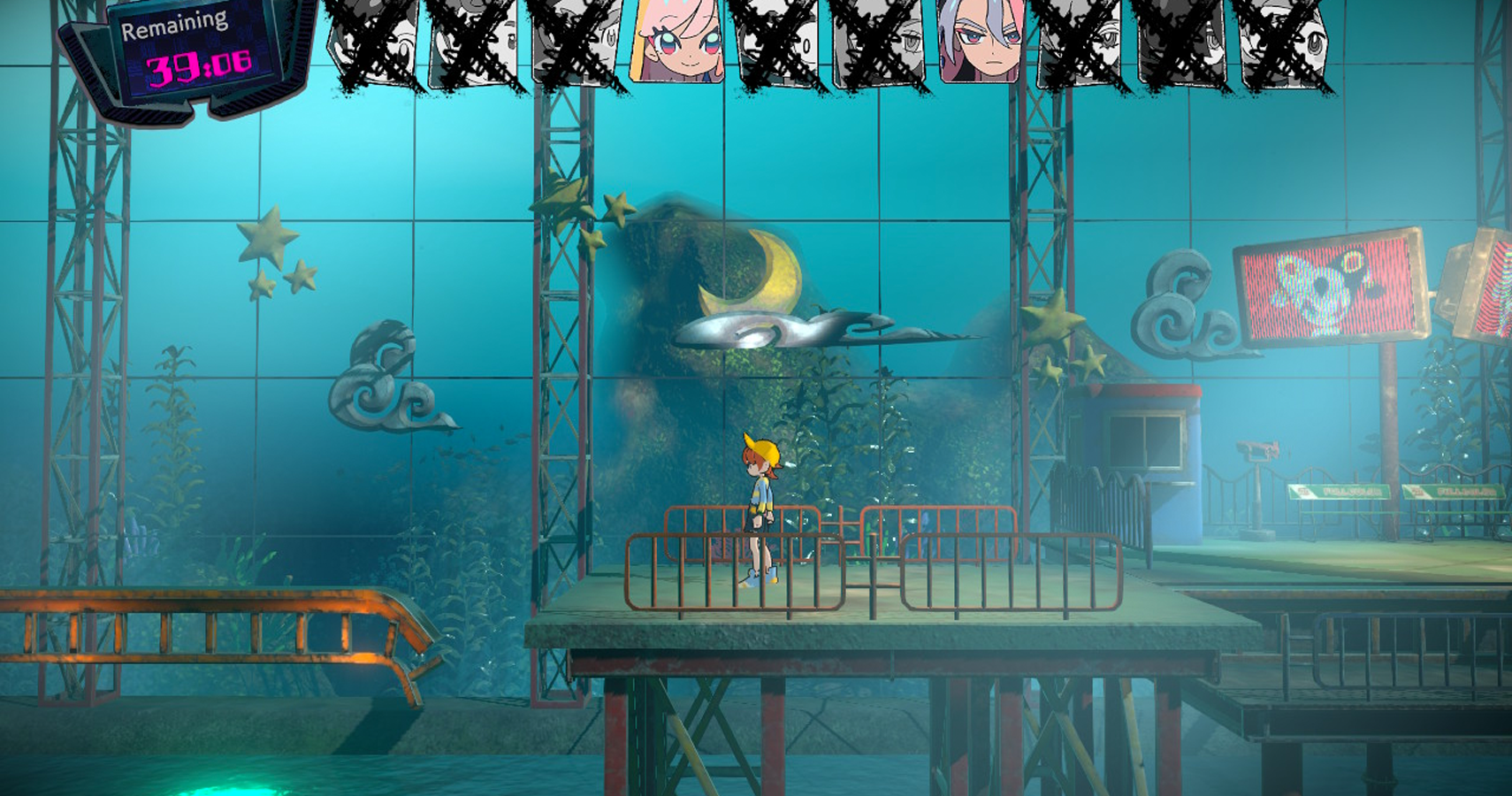 Running clockwise around the donut-shaped theme park, you’ll want to make your way to the room where you rode the dolphin bikes on a long track. Once you make it to the drawbridge (which you lowered earlier in the game), push the button to make the bridge rise — effectively cutting off access to the other side.

From there, turn around and run counterclockwise around the theme park. When you re-enter the room from the other side, run up the stairs. Be sure to mind the gap between the platform and the broken piece of track. Jump onto the track and run towards the risen drawbridge where Aniki will be trapped. He’ll give up, allowing Reycho to complete his task, which will lead you to the end of the Undersea Theme Park level. 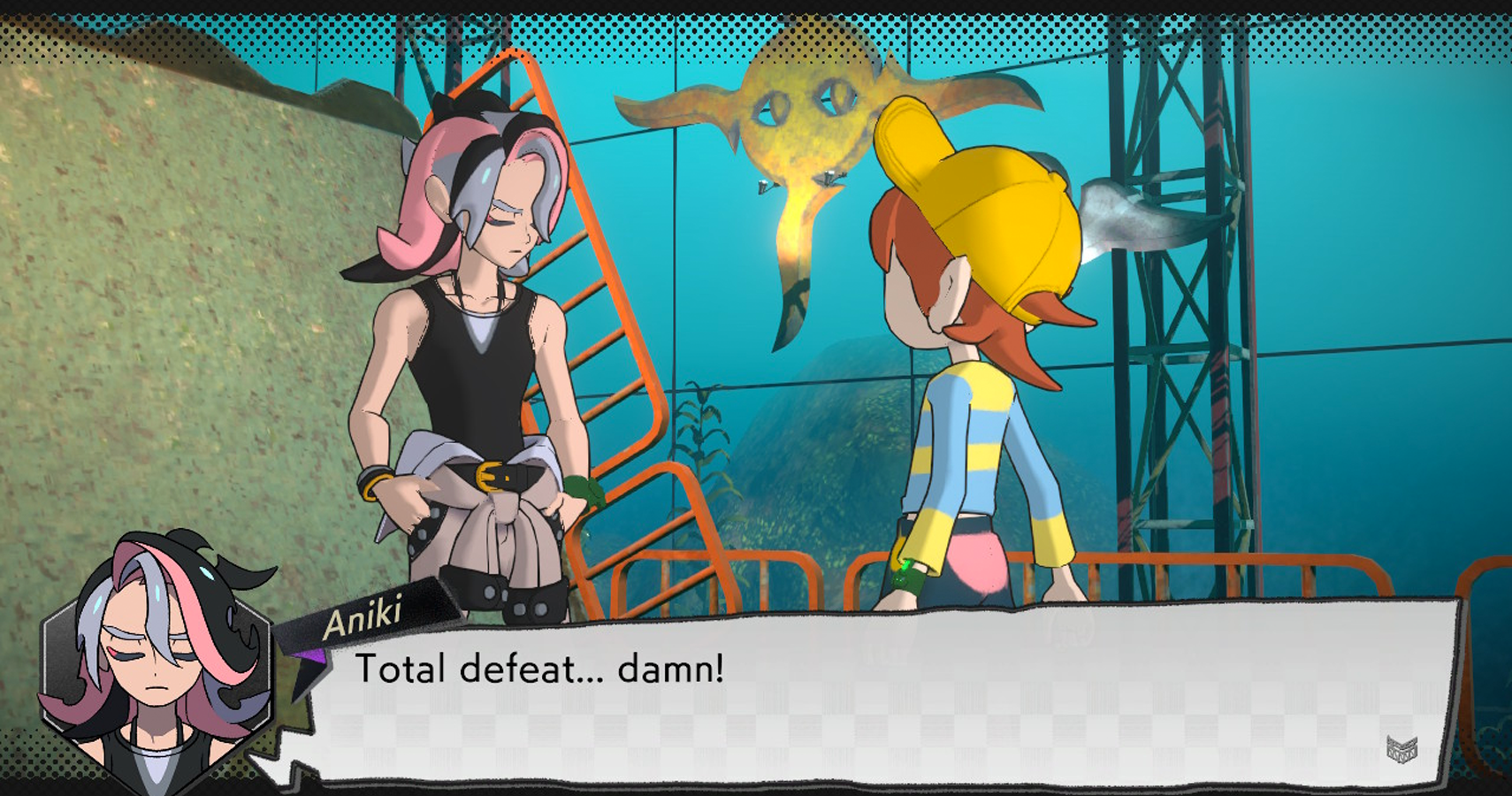 The nice thing about the World’s End Club demo is that your progress will carry over to the full game, making it well worth your while to grab the demo that’s available now on Nintendo Switch.