Wizards of the Coast has uploaded PDFs for Three-Dragon Ante and To the City of Brass to DriveThruRPG and made them free to get and play. Both were added this past November 3 without any public announcement, so here’s one from TheGamer, because they are two important and useful products you should know about.

Three-Dragon Ante is a 39-page PDF that explains the rules for the stand-alone fantasy card game designed by renowned tabletop game creator Rob Heinsoo. The game was originally released in 2005, during the era of Dungeons & Dragons 3rd Edition, and is brilliantly designed in such a way that it can be played as a traditional card game, or be played during a tabletop roleplaying game session as part of the campaign world. The PDF contains the rules and 70 cards you’ll need to play, but you’ll have to provide your own item to represent the game’s gold pieces that each player will need.

In Three-Dragon Ante, two to six players compete to have the most gold in their hoard in order to win the game. The goal is simple, but the route to get there requires strategic planning and skillful cardplaying. Each player begins with 50 gold pieces as their Hoard. The cards are categorized into Mortals and Dragons, with each card containing a Name, a Strength value, a Power ability, and a Type. Players ante up an amount of their gold as a wager, then take turns playing a card from their hand, activating the card’s Trigger function, and comparing their cards to other player’s cards. The card combinations (called a flight) with the strongest values and powers wins the round (called a gambit). Play continues until one payer has won all the gold in the other players’ hoard. That’s the simplified version, anyway.

To the City of Brass is a 1987 Role Players Game Association (RPGA) Advanced Dungeons & Dragons (AD&D) Team Tournament Adventure for characters of levels seven through ten. The module was designed by Robert J. Kuntz, one of the original founders of D&D, and according to the product notes, was part of a “planned series of RPGA modules based on the City of Brass” that was never published. The story involves you being sent by The High Priest of Nusu-Sa on a mission “in search of the City of Brass, that fabled stronghold of the Efreeti, for it is there that your goal will be accomplished.” Note that the stat blocks “for the various people and monsters encountered were never written” and are not included with the module, making it easier to be worked into any edition of D&D and customized to your campaign. 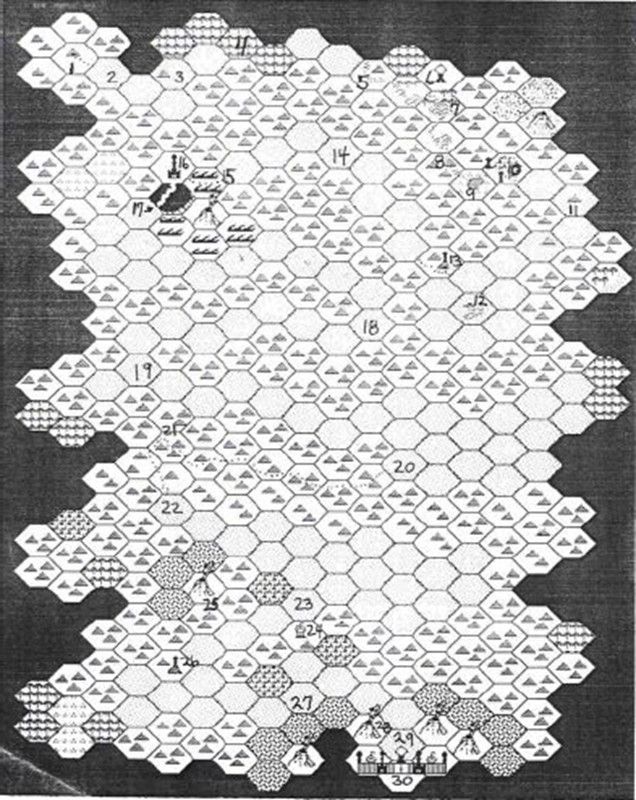