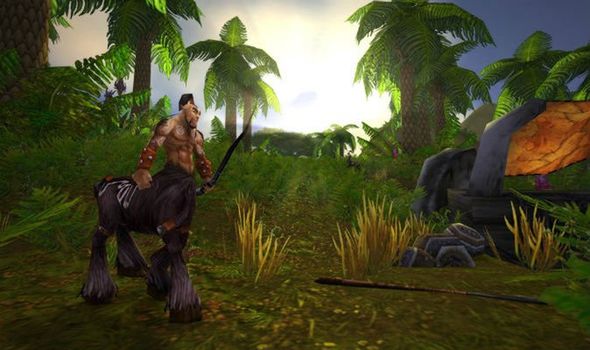 While most of the big news was reserved for World of Warcraft, there was still some big updates for WoW Classic fans.

WoW Classic Phase 2 is the next major step for the vanilla World of Warcraft experience, adding new content to the game.

And now we’ve finally learnt more about the new timeline being put in place by Blizzard.

It was revealed today during BlizzCon 2019 that during the week of November 12, Blizzard will be launching a significant part of Phase 2.

This will be the PvP Honor System update, which hasn’t been given a full release date yet.

It also looks like that the new World Bosses will be included in this patch being worked on by Blizzard.

But fans can be assured that more details are set to be revealed either during BlizzCon or on the forums.

WoW Classic was one of the more minor announcements made during BlizzCon, with most of the news reserved for World of WarCraft.

Shadowlands was confirmed as the next major expansion for the game, with a big cinematic showing the full of the Lich King.

More from the World of Warcraft Shadowlands announcements can be found below:

“Sylvanas Windrunner, fallen leader of the Horde, has pierced the veil between Azeroth and the realm of the dead, setting in motion a series of events that threatens to upset the cosmic balance between life and death,” a message from Blizzard reads.

“Blizzard Entertainment today revealed World of Warcraft: Shadowlands, the latest expansion for the company’s acclaimed massively multiplayer online role-playing game, in which Azeroth’s heroes will confront the wonders and horrors of the afterlife as they deal with the consequences of Sylvanas’ actions.

“World of Warcraft players entering the fabled Shadowlands will find the realms of the dead in upheaval.

“Under the normal order, departed souls were delivered to a realm appropriate to the lives they led, but now, all souls are being funneled into the Maw, where the most wicked are damned to suffer for eternity.

“As they seek to right the cycle and uncover the extent of Sylvanas’ designs, players will forge bonds with the Covenants who hold domain over different planes within the Shadowlands.”

In their journeys through the Shadowlands, players will also come face-to-face with some of the departed legends of the Warcraft universe, such as Uther the Lightbringer, who struggles against dark forces that seek to transform him into a symbol of retribution, and Kael’thas, who pursues vengeance on an enemy from his past while confined to Revendreth for the crimes he committed in life.

“Shadowlands is taking us somewhere we’ve never dreamed of going in the Warcraft universe, and that’s incredibly exciting,” said J. Allen Brack, president of Blizzard Entertainment. “We can’t wait to explore the great beyond, catch up with old departed friends, and forge an epic new chapter in the Warcraft saga together with our players.”

A full release date was not shared but Blizzard has made it possible to pre-purchased the Shadowlands expansion.

Three different options all designed with player preference in mind are available to buy, including the Base Edition of Shadowlands available for $39.99 SRP, providing a new lower entry point compared to previous expansions.

The Heroic Edition ($59.99) includes the expansion; a level-120 character boost; and the Ensorcelled Everwyrm mount, which provides access to a questline through which players can earn the Vestments of the Eternal Traveler transmogrification set. The Epic Edition ($79.99) includes the Anima Wyrmling pet; the Wraithchill cosmetic weapon effect; the Eternal Traveler’s Hearthstone, designed with a unique visual effect; and 30 days of game time, in addition to all of the contents from the Heroic Edition.