Xbox One owners have plenty to be happy for this Christmas, as Microsoft gives fans to unbeatable reasons to subscribe to Game Pass Ultimate. Microsoft’s excellent Game Pass Ultimate offering combines an Xbox Live Gold subscription with an Xbox Game Pass membership.

If you don’t already subscribe, then Microsoft has given Xbox One owners two reasons to change that right now.

For starters, Microsoft is offering three months of Game Pass Ultimate for just £1 over on the Microsoft Store.

A three month membership to Xbox Game Pass Ultimate would typically cost customers £32.99, so the promotional deal really feels like a no-brainer.

JUST IN: Ditch your Xbox One for a PS4 Pro with this incredible deal 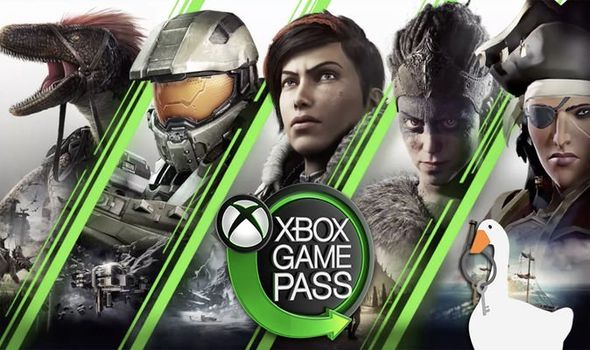 The second reason was revealed following the Sony State of Play event for PS4 earlier this week.

During the State of Play live stream, Sony announced that Untitled Goose Game would have a December 17 release date on PS4.

Untitled Goose Game developer House House would confirm that the comedy stealth game would launch for Xbox One on the same day.

Better yet, Microsoft told fans that Untitled Goose Game is coming to Game Pass at launch. Check out the Microsoft tweet below.

What is Untitled Goose Game?

“Untitled Goose Game is a slapstick-stealth-sandbox, where you are a goose let loose on an unsuspecting village.

“Make your way around town, from peoples’ back gardens to the high street shops to the village green, setting up pranks, stealing hats, honking a lot, and generally ruining everyone’s day.”

• A horrible goose (that’s you)

Untitled Goose Game has scored big with critics, earning an impressive 81% on Metacritic for Nintendo Switch.

Reviewers have described it as a charming game with a great sense of humour that anybody can play.

It costs £17.99 on Nintendo Switch, so expect a similar price for PS4 and Xbox One – unless you subscribe to Game Pass, of course.