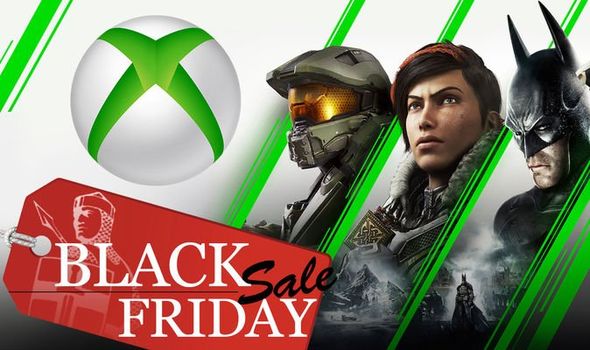 Xbox One owners should definitely take advantage of these incredible Black Friday 2019 deals in 2019.

If you own an Xbox One and want to take your games online, download monthly freebies and have access to hundreds of highly-rated games, then you should subscribe to Xbox Game Pass Ultimate now.

As part of Black Friday 2019, you can pick up Game Pass Ultimate subscriptions for the lowest price ever.

Over on the Xbox Store, Microsoft is offering three months of Game Pass Ultimate for just £1.

A three month membership to Xbox Game Pass Ultimate would typically cost customers £32.99, so the promotional deal really feels like a no-brainer.

And as an added bonus, you’ll even get a month of EA Access, three months of Discord Nitro and six months of Spotify Premium thrown in.

You could even combine it with another amazing Xbox Game Pass Ultimate deal at GAME.

Representing a 50% saving on the Game Pass Ultimate subscription, customers can purchase from GAME before redeeming the codes online.

“You can redeem all types of prepaid codes, including Microsoft gift cards and Xbox Live Gold subscription cards, on your Xbox One console and use them immediately,” GAME explains.

To redeem the codes within the Xbox One dashboard, fans must press the Xbox button to bring up the guide and select Home. Assuming you’re signed in, you can scroll over to the Microsoft Store icon and select Use and code.

“Use the onscreen keyboard to enter your 25-character code on the Redeem your code or gift card screen, and then select Next to finalise your redemption,” GAME continues.

“Don’t worry about hyphens, the system takes care of those for you. Once your code is redeemed, you’ll receive a confirmation message.”

Take advantage of the deal now, and you’ll be able to download the November and December Games with Gold line-up.

This includes Sherlock Holmes: The Devil’s Daughter for November, followed by Insane Robot and Jurassic World Evolution for December.

You can also download Xbox 360 games as part of your subscription, including Joyride Turbo until the end of the month, Toy Story 3 from December 1 and Castlevania: Lord of Shadow—Mirror of Fate HD from December 16.

• Play together with friends on the most advanced multiplayer network

• With games added all the time, there’s always something new to play

• Play new games on day one like The Outer Worlds, and critically-acclaimed indie titles—plus blockbusters like Gears 5 and Forza Horizon 4

• Get exclusive member deals and discounts, like up to 20% off games in the Xbox Game Pass library, plus up to 10% off related game add-ons and consumables

• With a huge variety of games from every genre, there’s something for everyone